...but within 300 yards, they're generally close enough (for combat use) that rezeroing isn't necessary. Obviously, you wouldn't want to switch from one to the other for a match without rezeroing. Consider the graphs below with battle zeros for each round. (250m zero for M193, 300m zero for M855).

Even out to 300 meters there is a mere 4.5 inch difference between the paths of the rounds 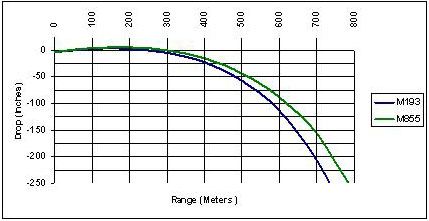 The big differences in bullet path are past 400 meters 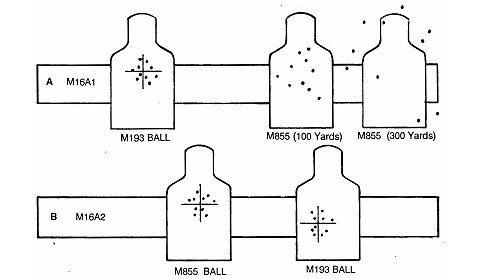 By contrast M855 is usually "battle zeroed" to 300 meters. With this zero the M855 round is never more than 6 inches from the point of aim until 325 meters.

Comparing the bullet paths with these zeros out to 300 meters, we find that M855 is about 5 inches higher than M193 at 300 meters.