What about using Wolf in defensive roles?

Probably not the best idea.

Wolf is generally underpowered for a Mil-Spec 5.56mm round and velocity, so critical to wound profile in FMJ rounds, suffers as a result. Additionally, the gilding-metal jacket used on Wolf bullets is thicker and therefore more resistant to fragmentation.

In our gel tests, fragmentation of 55 grain FMJBT Wolf and wound volume were both lacking, and we wouldn't recommend it for defensive purposes, particularly not where at least M193 is available at a reasonable cost. 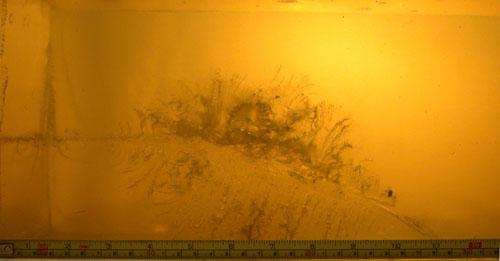 Wolf 55 grain FMJBT from a 1:9 Bushmaster 16" after striking gel @ 2855 fps. Fragmentation and wound volume are minimal 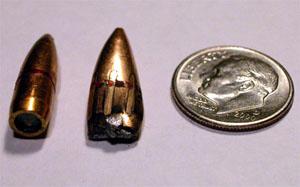 Unfired Wolf and a Wolf FMBTJ round after a close encounter with ballistic gelatin at 2885 fps. The round was fired from a 16" barrel at a mere 16 feet and still did not exhibit substantial fragmentation