Generally if the round is an M193, M855, M196, M856, or SS-109 round it is Mil-Spec. This FAQ will help you determine the differences between these specs. Often Mil-Spec rounds sold commercially have similar model numbers, like XM-193. Another good clue (but not definitive evidence) is the presence of the NATO cross in a circle on the headstamp. Ammo that has a painted tip (Green for M855) is generally always military ammo.

Generally you don't have to worry unless you're using a .223-chambered rifle, but it's a good idea to check regardless. Of course, if you have a Mil-Spec chamber, you needn't bother.

NOTE: All bets are off if the ammo in question has been "remanufactured" or "reloaded." There's no way to know what you've got with reloads, other than the reputation of the reloader. 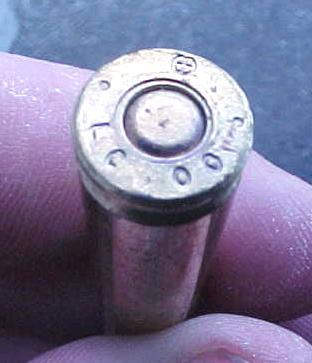 NATO stamp on a Lake City 5.56 round from www.AmmoMan.com