Well, actually they can cause problems if you use them excessively. Consider this from FM 23-9:

Do you also want to tell your enemy both where you are and that you are out of ammo?

Soldiers should avoid long-term use of 100-percent tracer rounds. This could cause deposits of incendiary material/chemical compounds that could cause damage to the barrel. Therefore, when tracer rounds are fired, they are mixed with ball ammunition in a ratio no greater than one-to-one with a preferred ratio of three or four ball rounds to one tracer round.

Apparently the compounds can leave traces of ammonia, though not necessarily enough to be a problem.

Given this, it's probably a bad idea to have tracers in the last slots of your magazine also. "Tracer goo" could sit there awhile if you shoot your last mag and take your weapon home before cleaning. 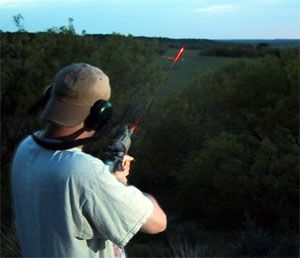 Smokey Bear isn't around anywhere, is he? (M196 tracers in action)