[ARCHIVED THREAD] - I didn't want to start a political thread, BUT
HAnnity the other day, said that if the mainstream media continues to support kerry, then they will have to start explaining his waffles.  If they start explaining his waffles, then eventually they will realize how insane kerry is due to the streatches of logic that are required to support kerry and they will eventually have to back off of the blatant kerry support.

That would be true in a logical and rational world.
Instead the times FRONT-PAGES this: 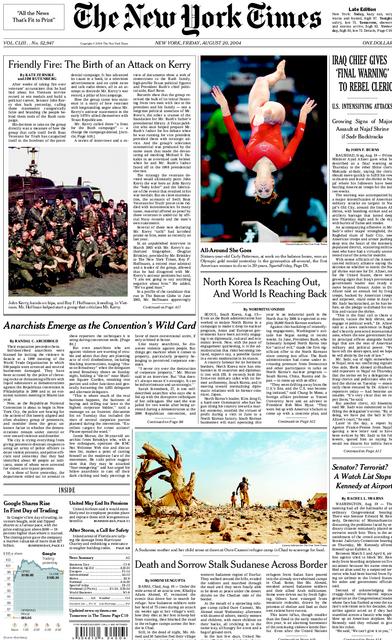 I know that it's the most popular paper on the planet, and it's the "paper of record" but am I the only one who thinks that this is the end of the Times.  I mean, wow.

[ARCHIVED THREAD] - I didn't want to start a political thread, BUT