[ARCHIVED THREAD] - BREAKING: NRA's Wayne LaPierre running shell company with a Clinton CPA and more #NoWLPinNRA (Page 1 of 7)
If you share this on social media, consider using the hashtag: #NoWLPinNRA

First registered on 5/15/1987, and later dissolved on 3/7/2014, the Treasurer of Behavioral Projects, Inc was none other than Karen F Thomas, of Gilbert & Wolfand PC. 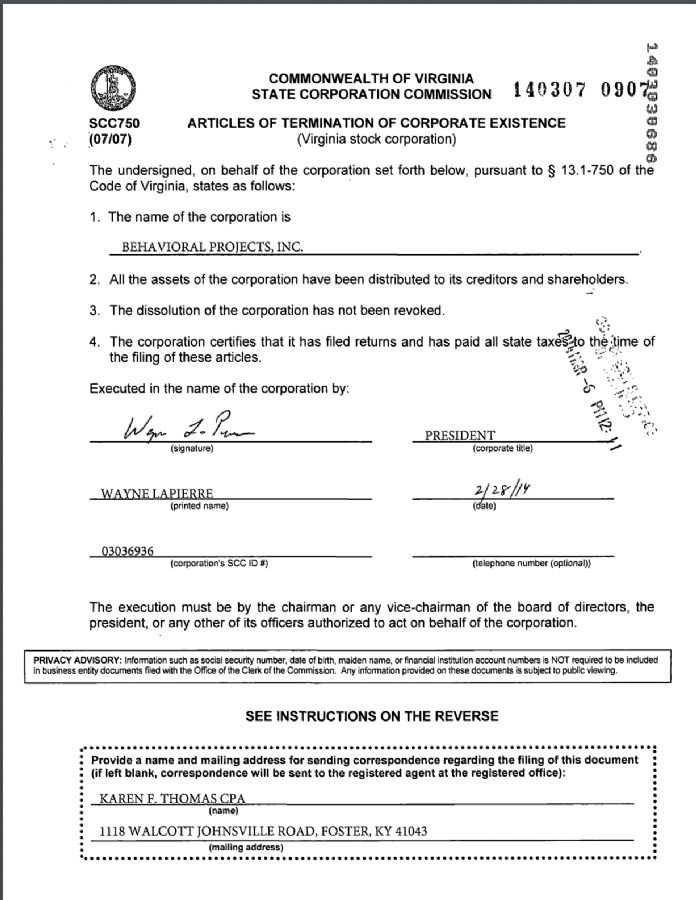 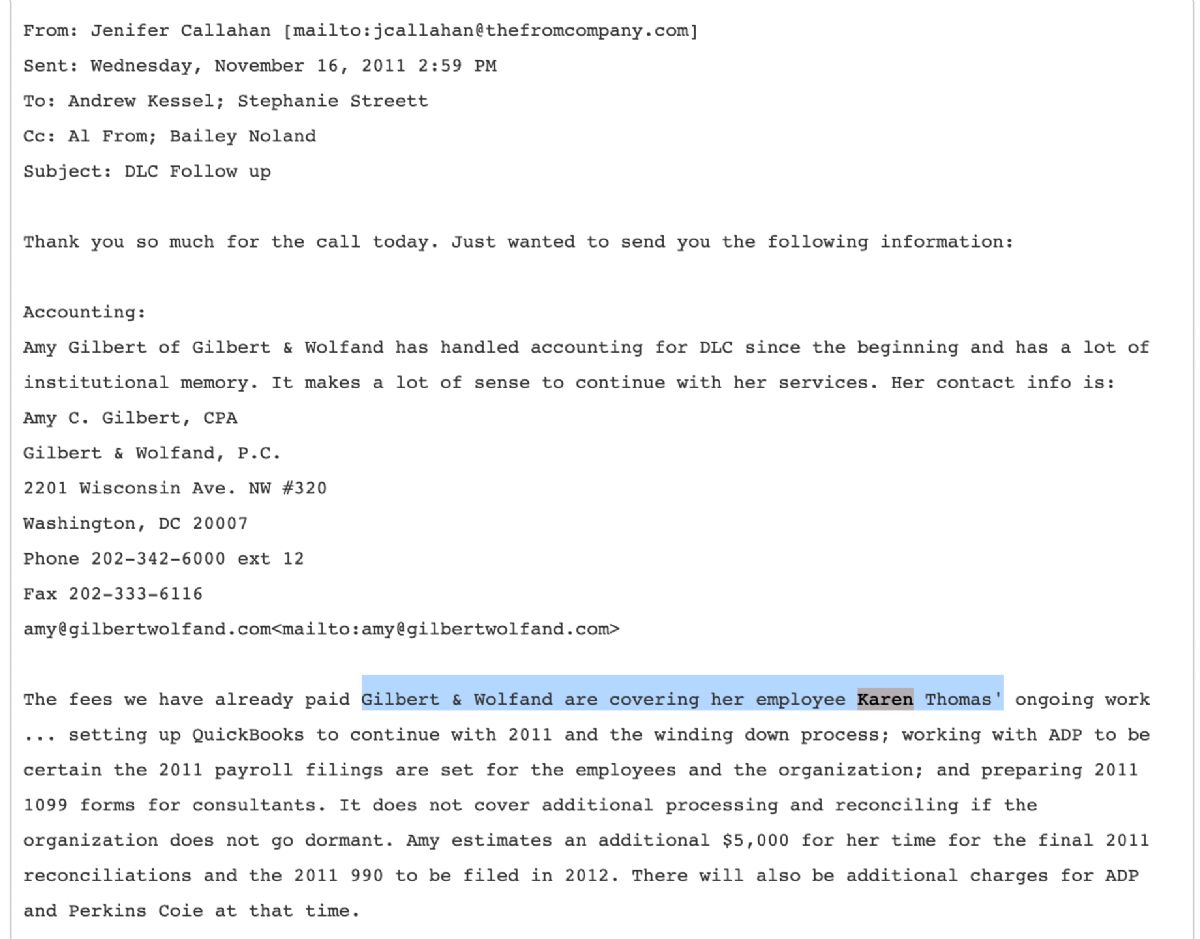 What did "Election Systems, Incorporated" aka. "Behavioral Projects, Inc." do? How did it make money? Who did it pay out, other than Karen F. Thomas? I can find no evidence of the firm having ever had any public presence during the 27 years of its existence. What was it used for?

Furthermore, "Behavioral Projects, Inc." listed "JOHN F MCGINLEY JR", a DC attorney, as its registered agent. Mr. McGinley was not very prolific as a registered agent, having only been such for a total of 8 business entities in Virginia. Among them was "Behavioral Projects, Inc", but also the (now defunct) Democratic Strategy and Polling firm "SECREST STRATEGIC SERVICES, L.L.C.", run by Alan Secrest. You can Google all the dirt and drama and intrigue about that particular firm on your own, it's some good reading...

Remember when I said 8 business entities.... among the 6 not yet mentioned we have "Outdoor Marketing and Adventures, Inc.". This is an interesting little firm, registered by none other than Susan M. LaPierre, the wife of NRA Executive Vice President Wayne LaPierre. Registered in late 2004, and dissolved two weeks before the Sandy Hook massacre in 2012, what we have here is an oddity. Mrs. LaPierre was the President, Treasurer, and Secretary of Outdoor Marketing and Adventures, Inc.... yet I can find no evidence of the firm having ever had any public presence during the 8 years of its existence. 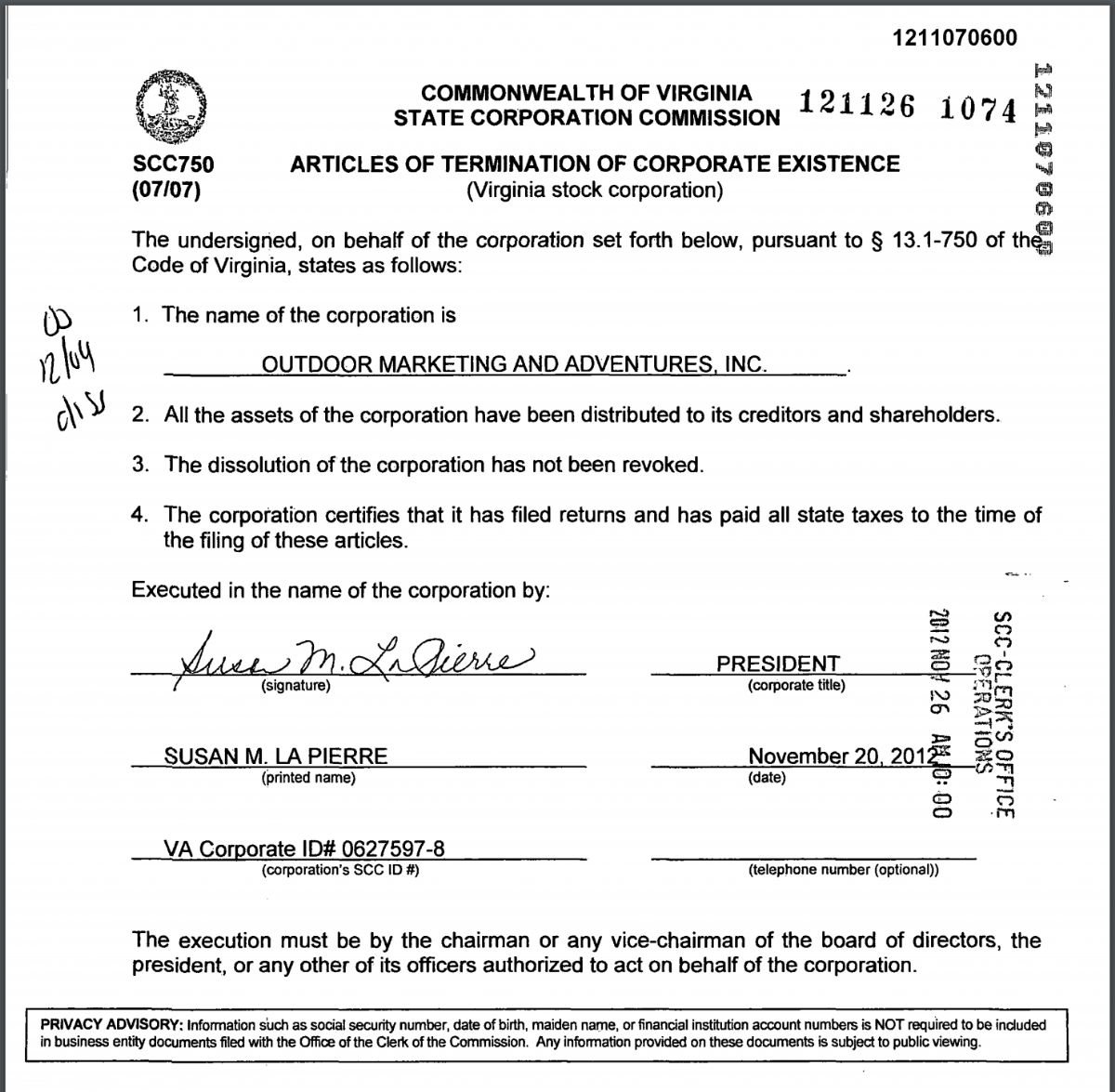 Why did Wayne LaPierre have a shell company for 27 years that shared an accountant and registered agent with democratic activists?

What was that shell company being used for?

Why did Susan LaPierre run a shell company for 8 years, using the same registered agent as above?

What was that shell company being used for?

Why did Ms. Karen F. Thomas later donate a sizable contribution to the NRA Foundation? (see below) 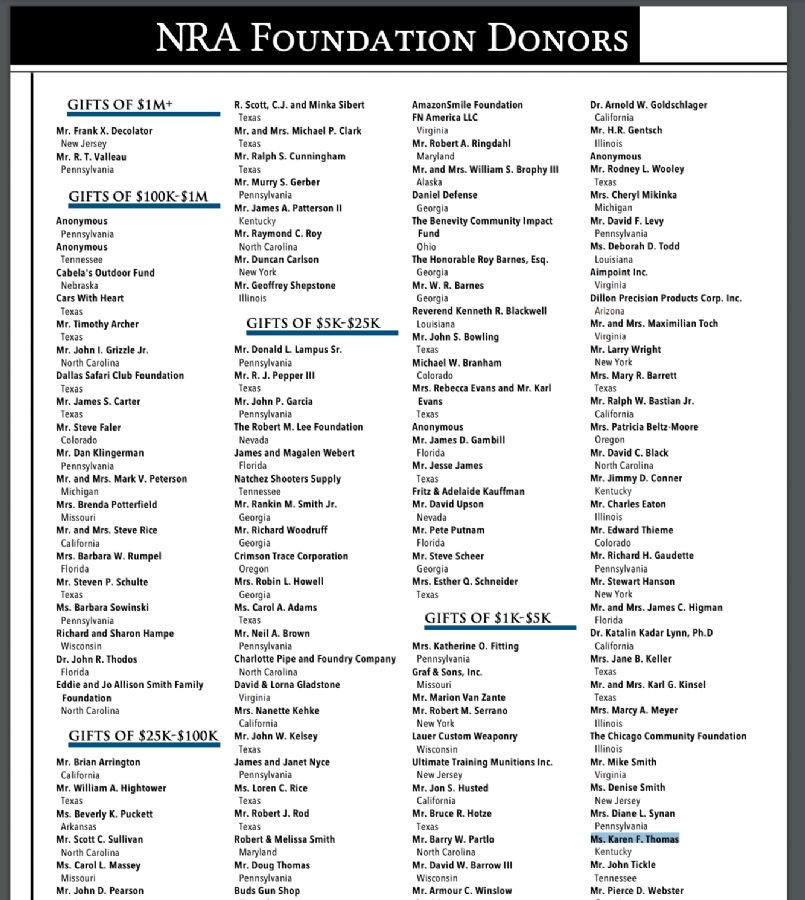