I plan on using this set up for hogs, so we shall see how that goes.....
"This would have never happened at Black Mesa"

“So shines a good deed in a weary world” 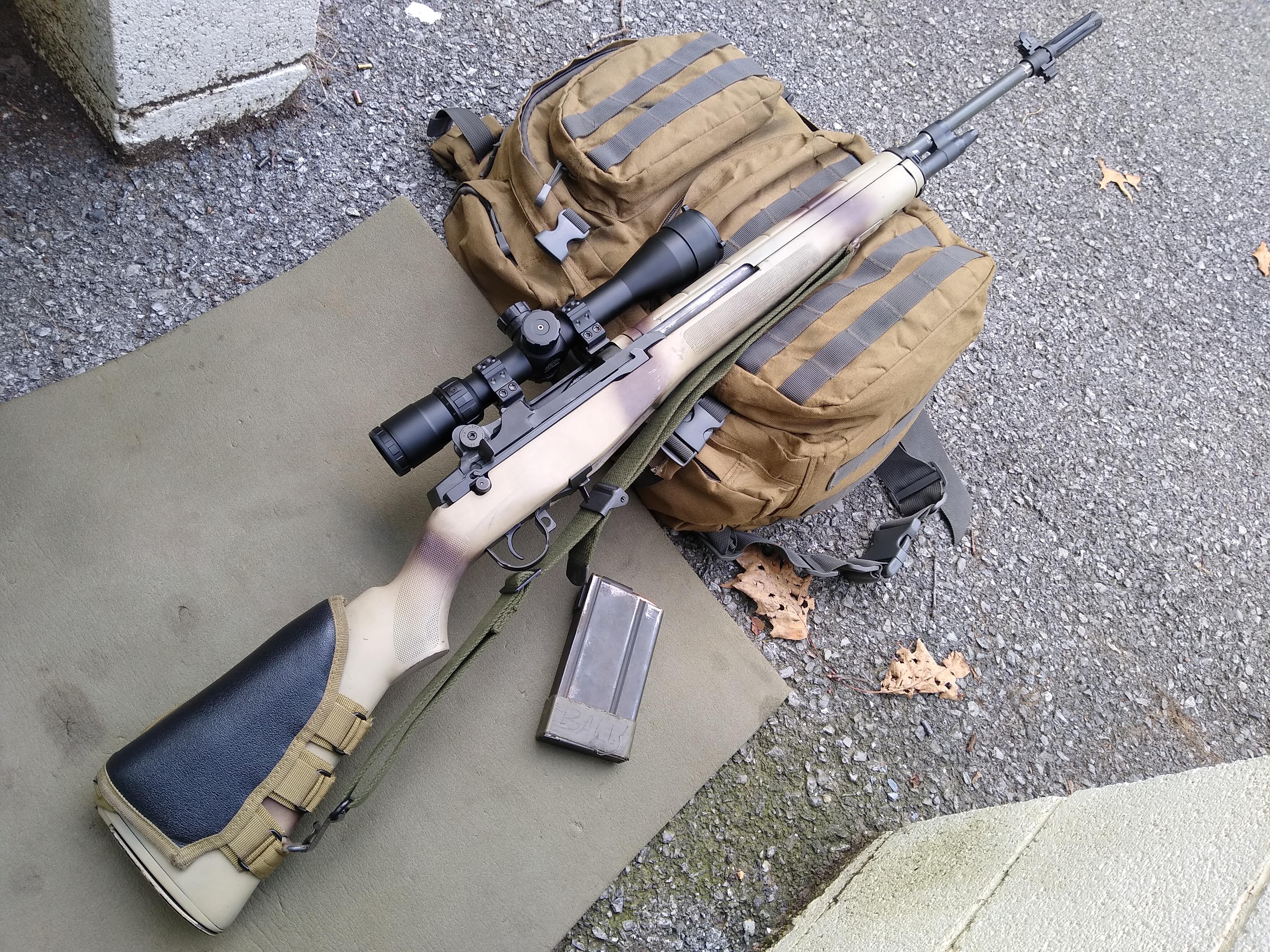 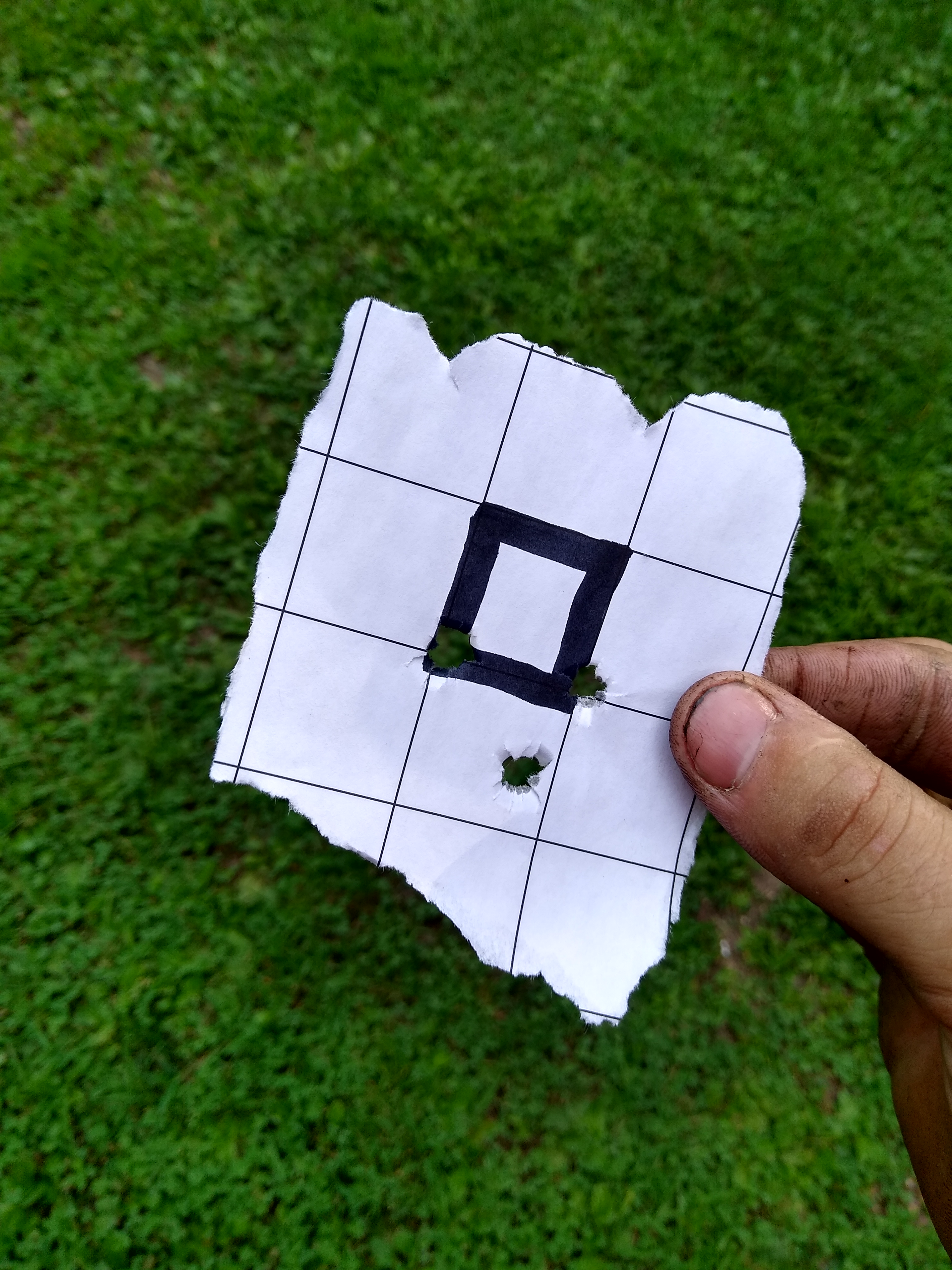 https://i.ibb.co/YLx7fgg/IMG-20200814-180151298-HDR.jpg
View Quote
NICE!!!!
Rikki-tiki Tavi there’s snakes in the grass so we’d better go hunting
My Basic Training rifle in 1967 was an M14 and I've always loved the M1/M14/M1 Carbine design so, I've collected a few examples over the years.  My absolute favorite is the M14 so of course I have an M1A to which I've added NM sights to and tuned it a bit giving me a decent shooter even out at 400yds on plates with my 168grn handloads. Yes, I'm old but I still love shooting iron sights.

But I can't afford to shoot my M1A as much as I'd like so 5 yrs ago I picked up a NIB 583 Series Mini-14 as my 5.56 handloads are much, much cheaper to shoot than my M-80 or precision ones. PerfectUnion.com was a wealth of info on tweaks to make them shoot better and I developed a list of cheap and easy tweaks that ended up giving me an honest 1 MOA shooter at 200yds with my 62grn Hornady HPBT handloads. That's plenty good enough to thunk bowling pins at 200yds with my NM irons on it.

Of course, I got the itch to convert my Mini from a Ranch Rifle into a 'Mini M14' as I love the look of my M1A so besides the accuracy tweaks, I went a bit nuts on a walnut stock, OE straight 20rd mags, and a front sight/FH combo that, with the rear target aperture, gives me NM sights on it too. It turned out well I think and is definitely a keeper.

My son also developed an appreciation for the M1/M14/M1 Carbine design, so we also have a correct grade 1953 HRA M1 Garand and pristine High Wood 1943 NPM M1 Carbine that I've had for over 40yrs. Both of these are being saved for my son's collection rather than shot.

As they aren't used, we also collected a 1955 Springfield CMP Special Service Grade M1 Garand with Criterian barrel he loves to shoot. For M1 Carbine fun, I picked up a NIB Auto Ordnance M1 Carbine some years back that we both shoot with. The single change I made was adding a Type II, adjustable rear sight like is on my NPM.  Of course, I handload for both of them too but the M-2 ball ammo's costs are still a bit high and a big reason I got the Mini. 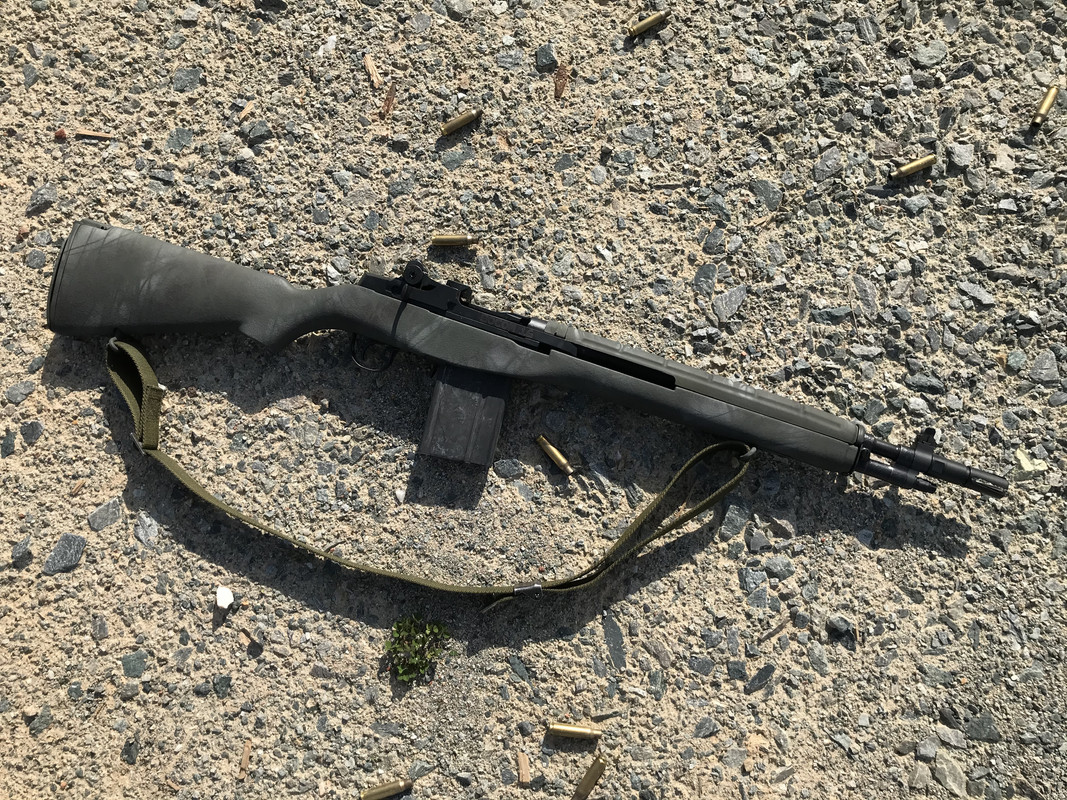 Started life as a Beretta/Breda parts kit. Grabbed a SA receiver and had the barrel headspaced at Shuff.

"The world is full of shipping clerks who have read the Harvard Classics."
Charles Bukowski

"He had the right hand of the devil strapped tightly to his side."-The Last Cowboy 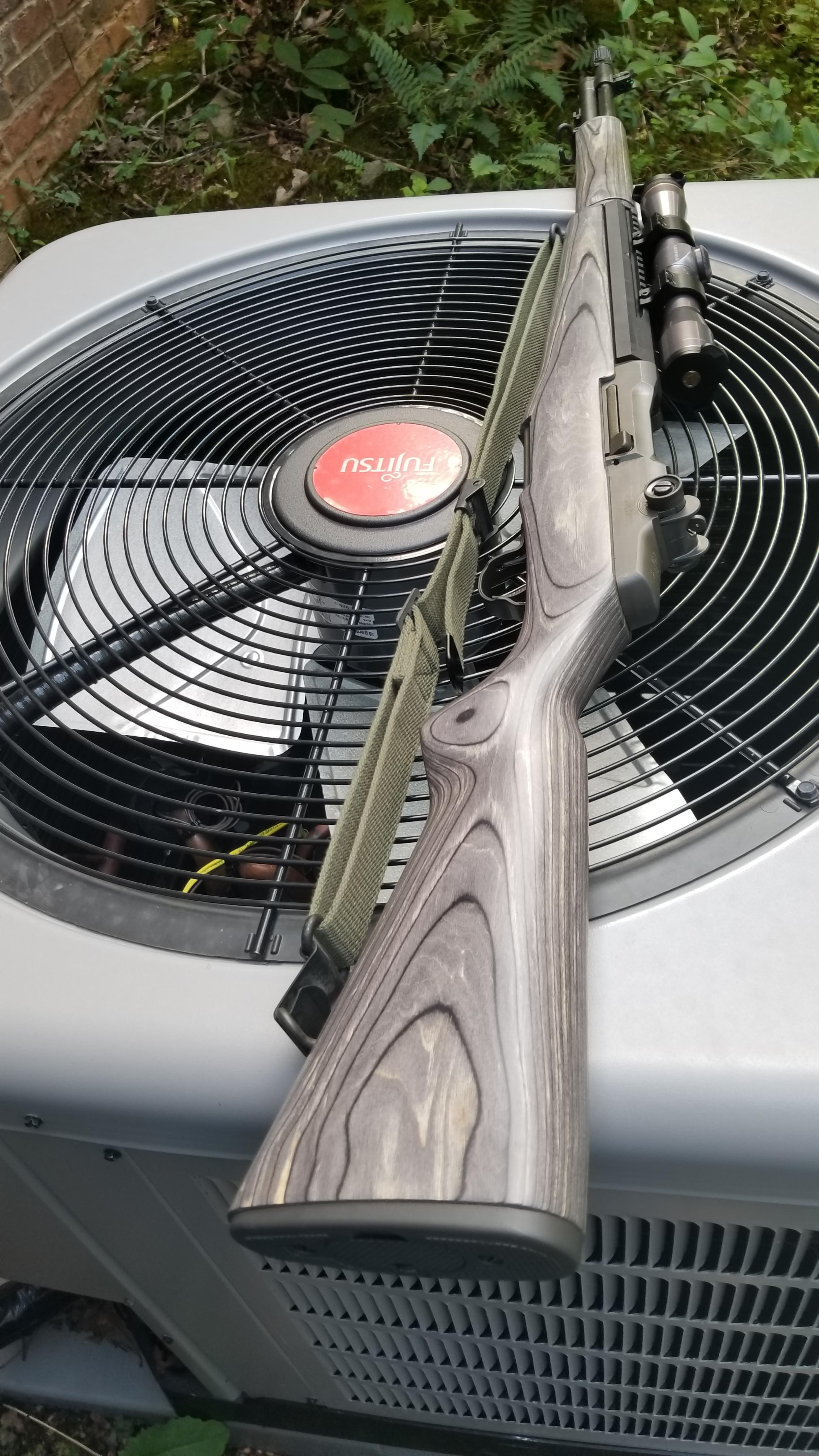 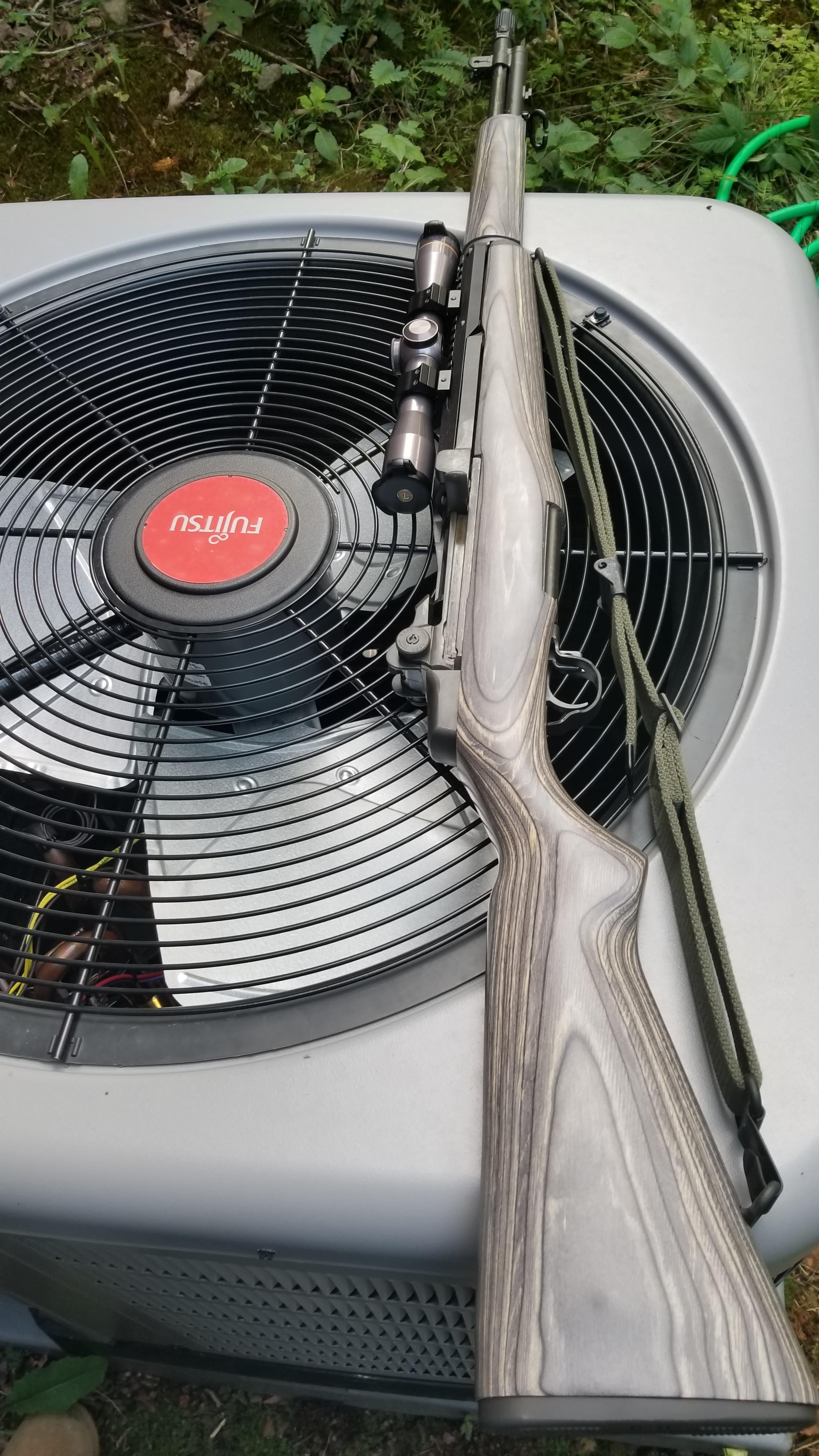 My CMP H&R Correct Grade (I think) from the Greek days.

I think this is about as low as possible to scope an M14/M1A conventionally.

I think Moses is a sexy man child. - needmorebacon
My spirit animal is Moses. - IchWarrior 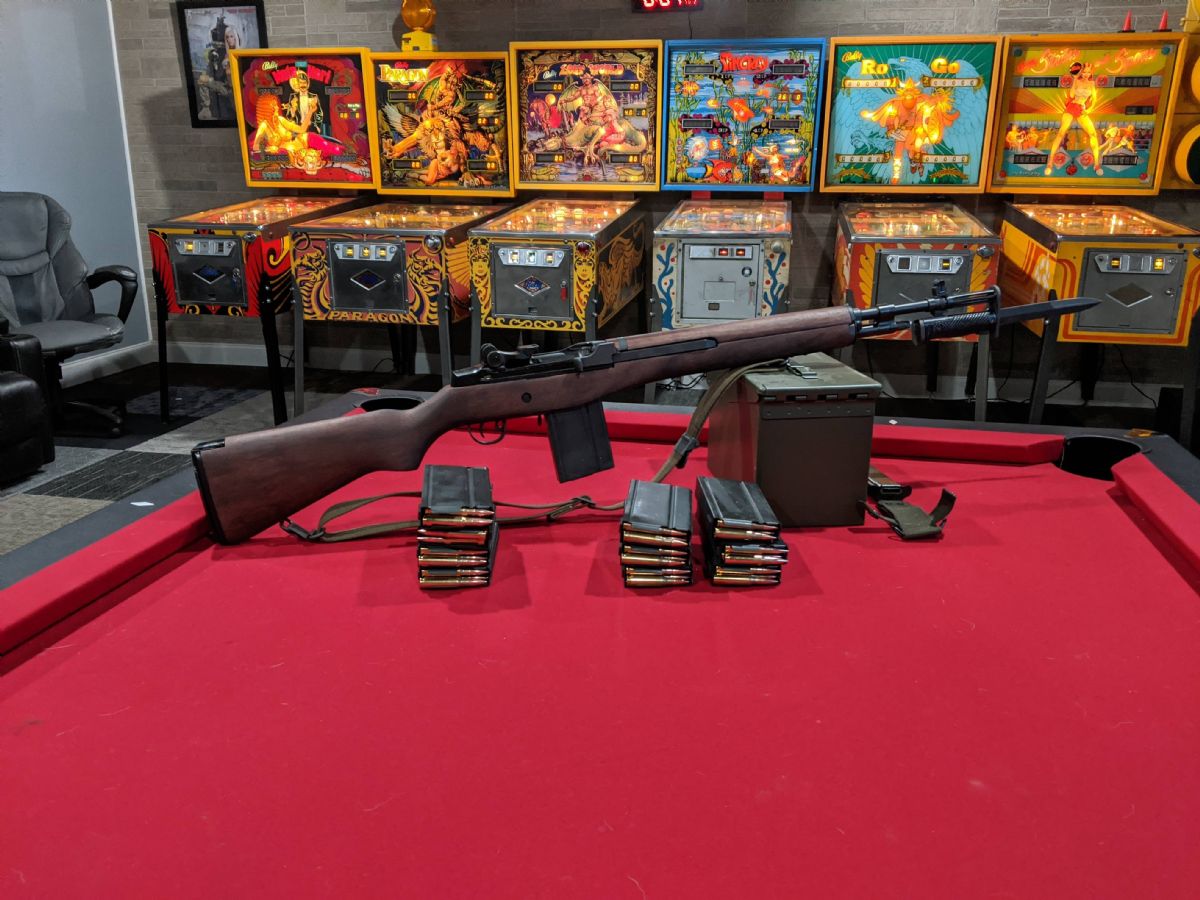 Where did you get the walnut stock ?
"I've seen too much not to stay in touch , With a world full of love and luck, I got a big suspicion 'bout ammunition I never forget to duck" JB ????

Nice rig!  What suppressor is that?

It’s a 30 cal suppressor from Thunderbeast Arms. It’s super light which is nice on this otherwise heavy rifle. Pretty quite too.

Quote History
Originally Posted By PirateEC:
That "Mini-M14" is cool.

Also, the Socom 16 is growing on me. How are they for quality these days? Crappy or decent?
Grandfathering weapons only puts off until tomorrow what tyranny cannot accomplish today.

The only people made safer by gun control are criminals and tyrants.

The only people made safer by gun control are criminals and tyrants.
@Wobblin-Goblin

My SOCOM16 seems more than reliable and accurate enough to shoot minute of man without an issue. With the advent of modern pistol grip styled stocks and chassis systems, this rifle will see many more years of life. I personally love it!

Update 02JAN21
Using my Gen4 SAI AL mount, I placed a Nikon M-TAC 1-4x24 Mk1-MOA atop my SOCOM16 and removed the scout mount from the barrel. I still want the ARMS 18 mount and better rings. 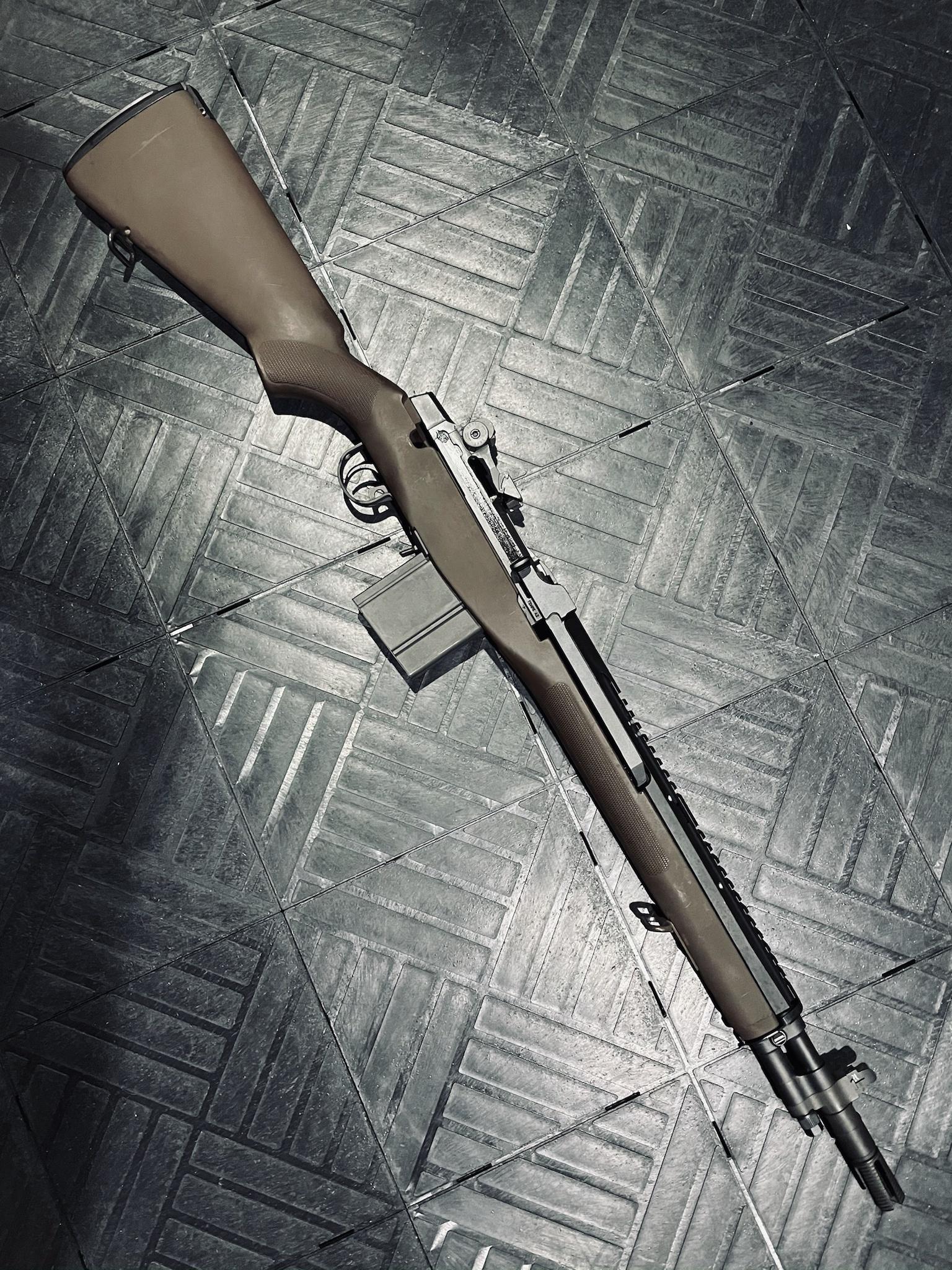 Springfield M1A in an old Fred’s stock I Krylon’d. I had a magnified optic on it but swapped it out for an Aimpoint Pro. I hate the height above the bore, but it shoots great so I just deal with it.
Better to have and not need than need and not have

Two out of three ain't bad, especially when one of 'em is a head shot.
كافر
Is that a real gas trap?

Is this a real gas trap?!? Very cool rifle. 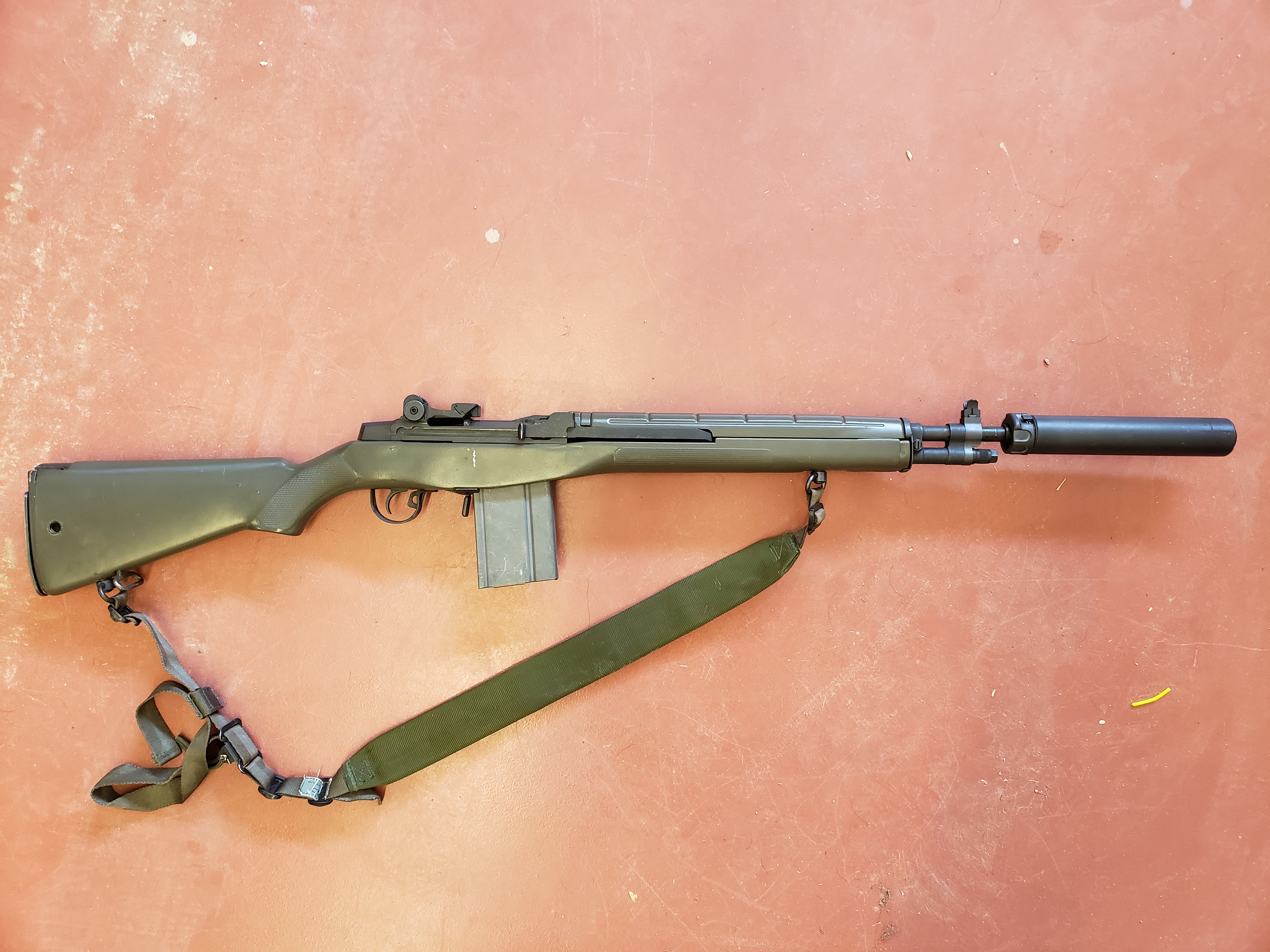 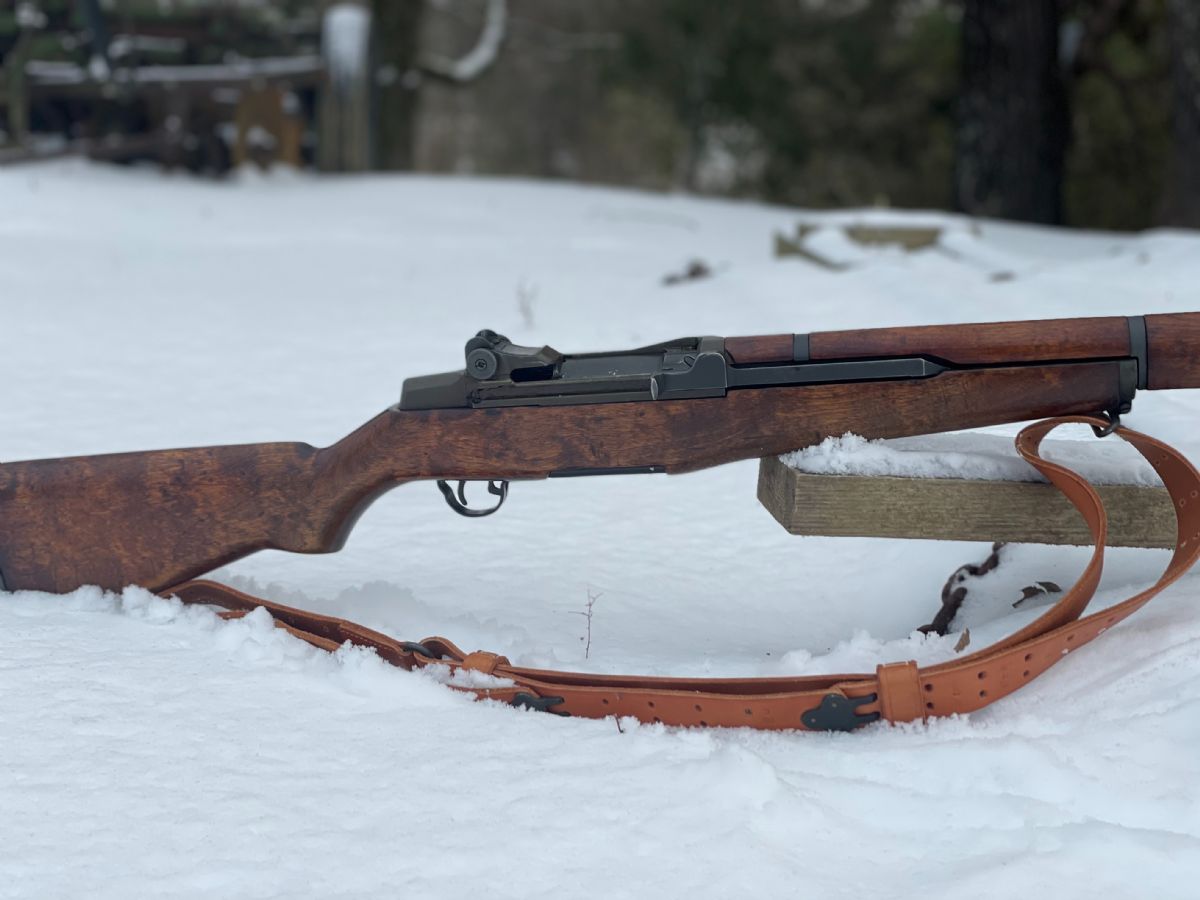 Something about this weather and a Garand seem to go together.
Better to have and not need than need and not have

Two out of three ain't bad, especially when one of 'em is a head shot.
كافر
My SOCOM 16.

"The world is full of shipping clerks who have read the Harvard Classics."
Charles Bukowski