Hometown » Ohio
All in all not a bad spring break
The week before spring break was beautiful here on the north coast, because of course it was.  The past week not so much.  My plan was to look for early season groundhogs, we got one day of scouting in and no luck.  The next day, I broke a toe on the credenza and my grandson did the same trying to mimic youtube dance moves in the rec room.  Then the weather turned to crap, because of course it did.

I endeavored to persevere, and went out to the barn casting, my cold feet made my tow feel better and I turned out 500ish 9mm bullets and powder coated those.  I only had 300 pieces of 9mm brass, so I loaded those.  Not a bad effort.  I then got a text from a facebook friend who was a little down on his luck.

He asked me if I wanted a 10/22.  I thought about it for 10 to 15 seconds and said yes.  My grandson would love a 10/22.  He wanted $240 I with accessories and mags, I could tell he needed Cash so I said OK.  When we met, the condition was poor.  The finish was missing on 25% of the barrel like it sat in blood ( blood will remove bluing and pit metal), no pitting though.  The stock finish was also in rough shape but the wood was good.  I would have on a good day offered $150ish in that condition, but it was a 1990 production with all metal parts, no plastic and the bore was good.

We took it home and fired several mags through it with poor reliability but excellent accuracy.  I was keeping rounds at under an inch at 50yds.  I took it in and broke it down for cleaning.  As mentioned the bore was clean but the action had so much black carbon in it that it was not metal to metal, it was soot to soot.   I sprayed everything down with clenzoil in a foil pan and set in a corner while we went to lunch.  When we got back the liquid in the pan was pure black with more fouling than I've seen, well, ever.

Wiped it down, put back together and fired 200 flawless rounds.  Reminds me I should clean mine for the decade soon.

I then broke it back down and went to work on the barrel.  Some 0000 steel wool and birchwood casey perma blue and you can now only see the difference in bright sunlight.  I also sanded down the stock and stained it and let it dry for two days.

In the mean time, I picked up a side job blocking traffic for a television production which consisted of two hours sitting in my car, 10 minutes blocking traffic, and eating their catering for another 20 minutes.  It paid for the rifle and I think I'm getting a credit as an extra or something.

I then went home and put the rifle back together.  It turned out pretty well.  I'll hit the Yankee Lake gun show next week to pick up a sling and bipod. 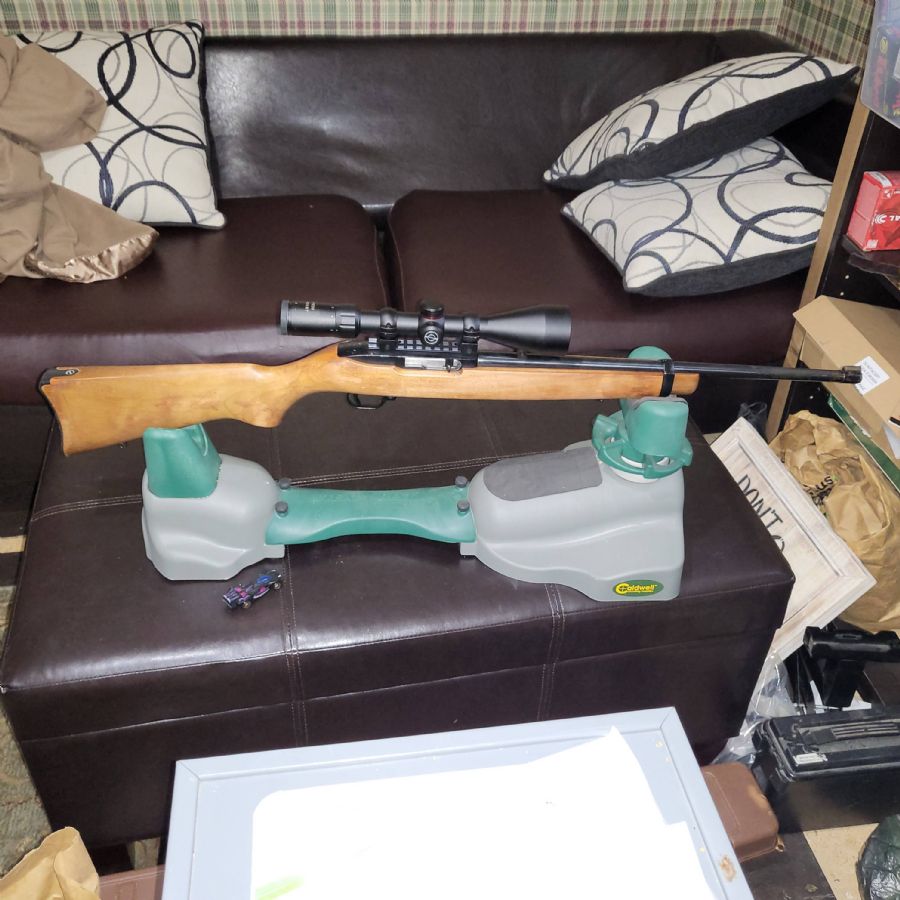 Trusting your life to the benevolence of an armed criminal is not a strategy, it is stupid!
All in all not a bad spring break