Totality will cross the entire continental United States, starting on the Pacific coast south of Portland, OR around 10:15 am PDT, traveling southeasterly through Kansas City, MO (1:05 pm CDT), and leaving the mainland at Charleston, SC around 1:15 pm EDT. 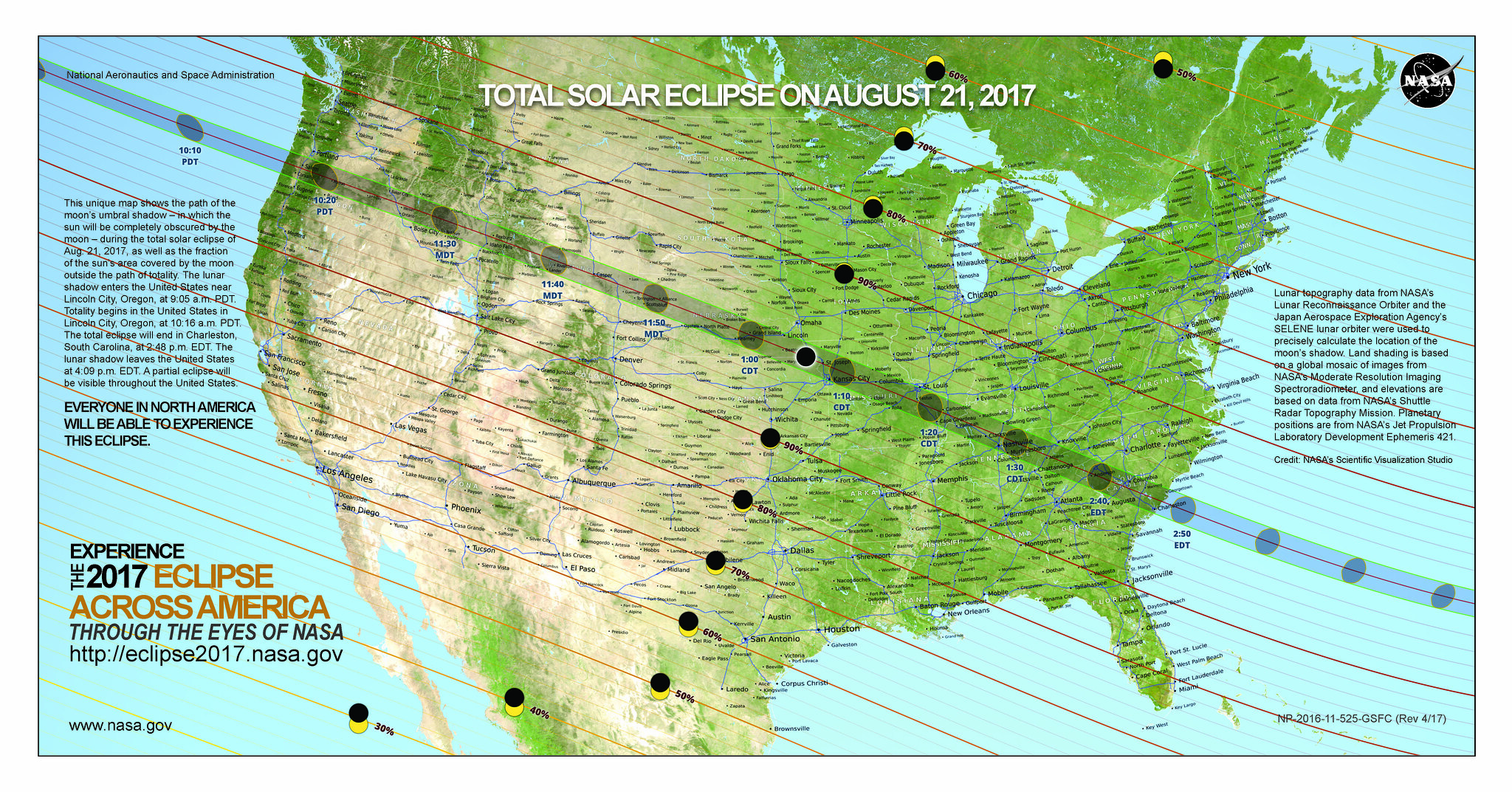