[ARCHIVED THREAD] - Got a new suppressor? What to expect. *Lots of pics*
So I finally got my 1st suppressor.
It's a Silencerco Specwar K 5.56
I got a chance to go shoot with it last weekend.
Here's what I've experienced shooting suppressed.

Now, I've shot a few thing suppressed before.
But I've never owned one.
I have an understanding of how they work, and how it affects the host weapon.

This thread is for NFA noobs, such as myself, who maybe have a can in jail, or are looking to purchase their 1st can. 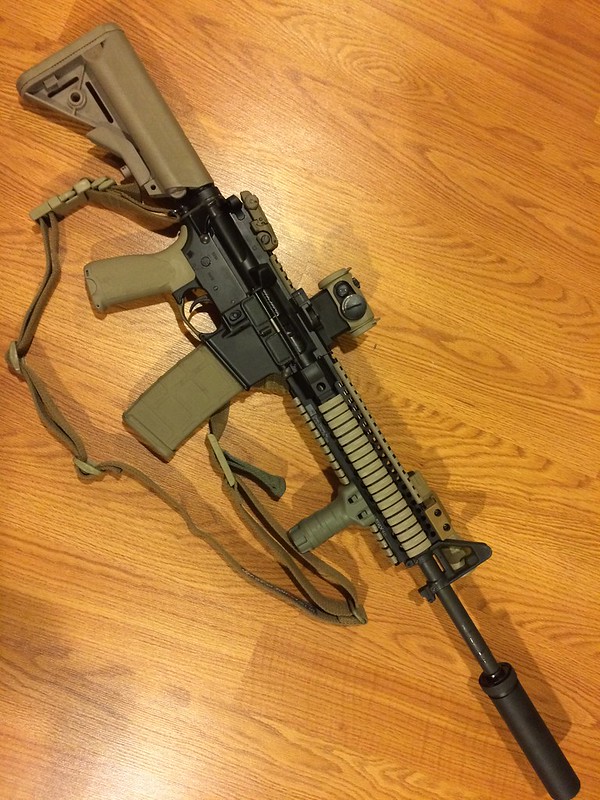 It's a complete BCM lower with an "H2" buffer and standard spring.
Everything in it is stock from BCM.
The upper is a complete DDM4V3 with a BCM Mod4 charging handle.

The weapon was clean and lubed.
I lube my internals by running a thin bead of Slip EWL on all surfaces that are shiny from wear, and a light coat on everything else, (so it's shiny).
I don't have a soaking wet rifle, but I don't run it dry.

So, something that had occurred to me was i would probably have to rezero the rifle once I put the can on it.
Well, I was very surprised and impressed that this wasn't the case.
The rifle is zeroed at 50yrds.
I confirmed that zero and then I shot these groups at 100yrds. 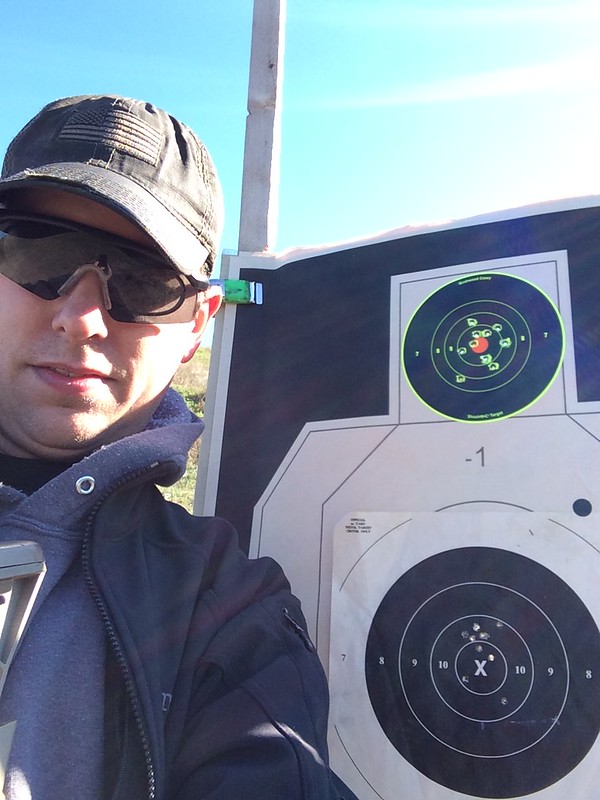 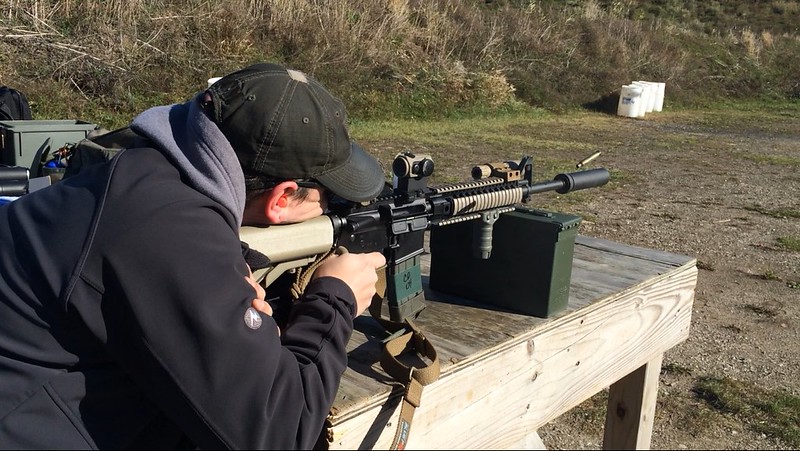 The rest of my range trip was spent running pistol drills from concealment, (which is per usual).


So, I went to clean the rifle that evening.
I took it out of it's range bag and immediately noticed the smell.
The burnt gunpowder smell was pretty heavy.

I noticed the crude around the charging handle 1st.
This was interesting because there wasn't a problem with hot gas in my face, (much to my surprise). 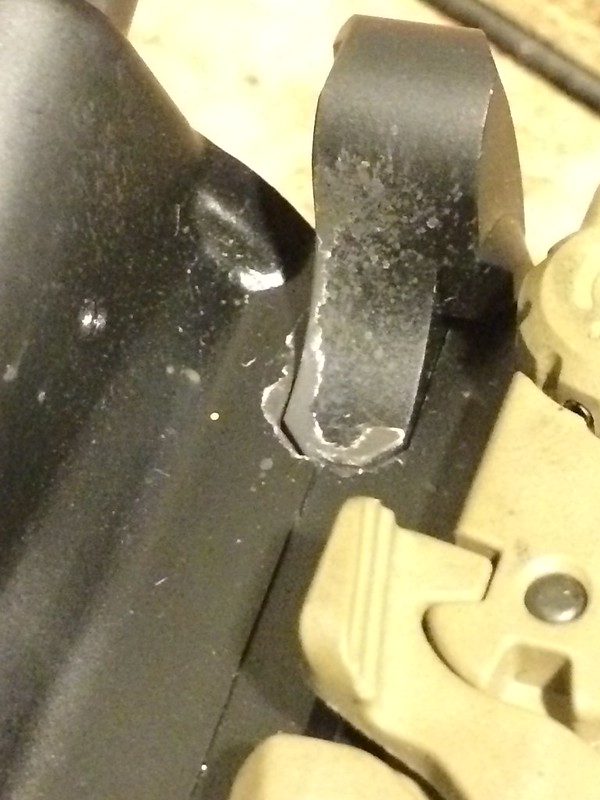 When I opened the rifle up I found that the upper was dry.
The inside of the upper was dry, and so was the BCG.
The chamber was much dirtier than it should have been for only shooting 110 rounds.
Everything was cover in a thin, dry soot. 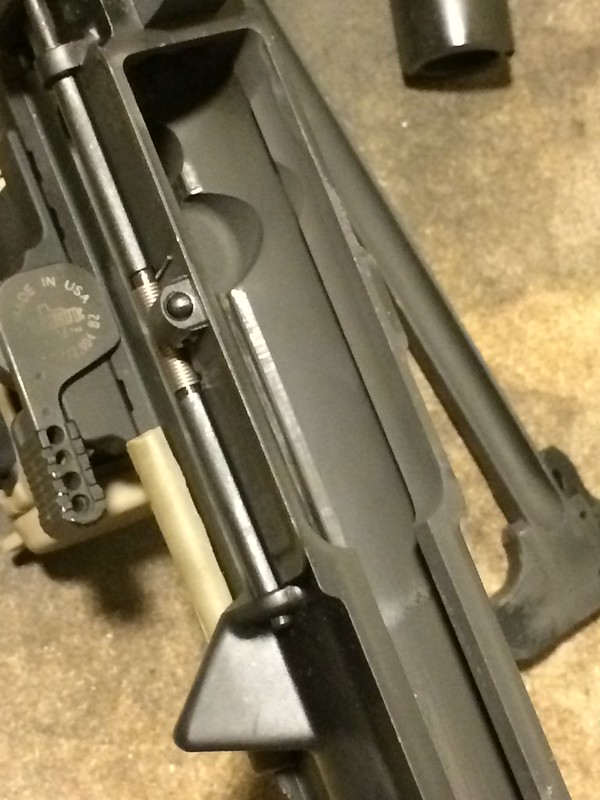 Notice the charging handle and the latch on the optic mount. 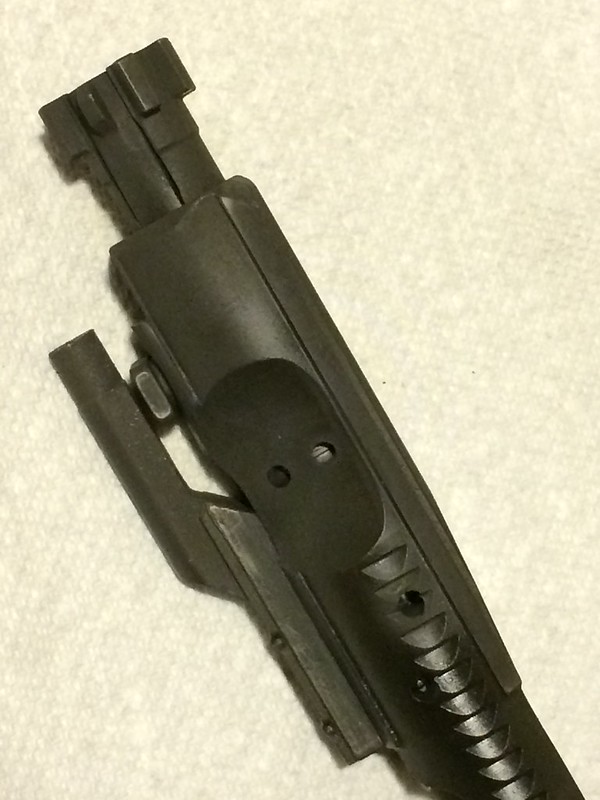 The DD logo is completely obscured, and only the back of the carrier is still shiny, (sort of). 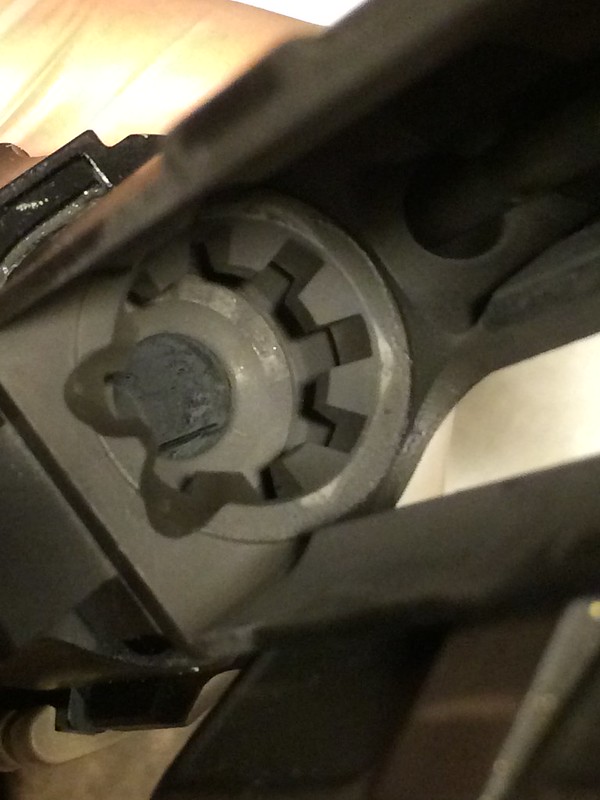 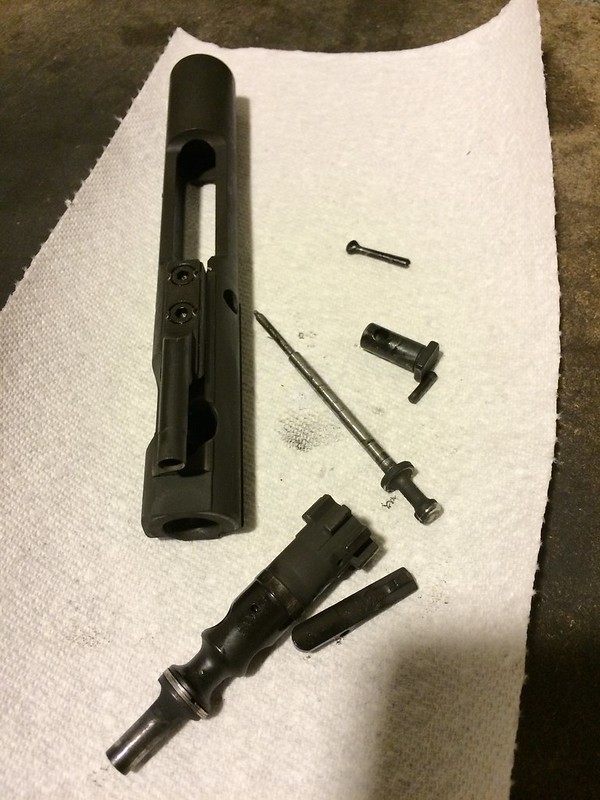 The BCG broken down...
The bolt itself was dry up to the ring just behind the extractor, then it got dry again at the gas rings.
Interesting that the lube stayed just in the middle of the bolt.

The firing pin had a light coat of oil on it.
The cam pin was dry on the top, but had a little oil where it is inside the bolt.

So where did all of the lube go?
Did it burn off?
Maybe some of it did, but when I moved on to the lower, I found the buffer tube assembly was very well lubed. 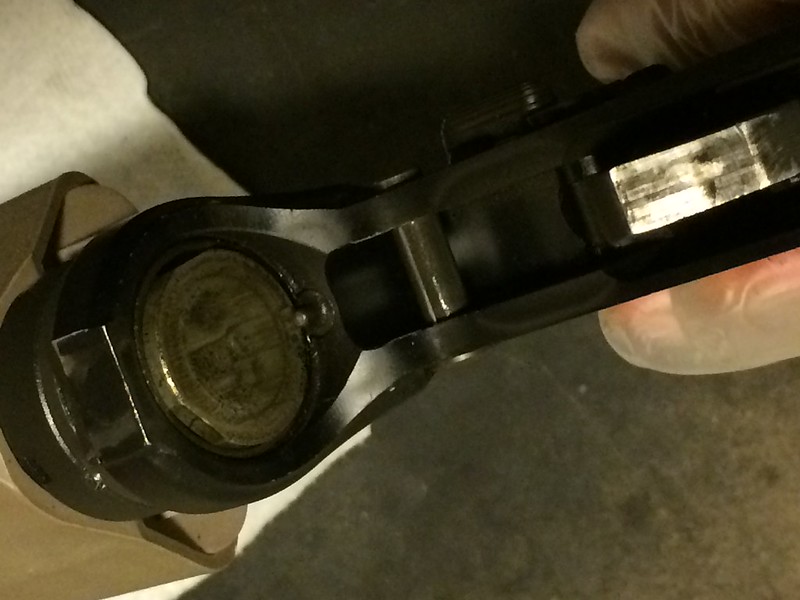 Notice the outline of soot from the upper. 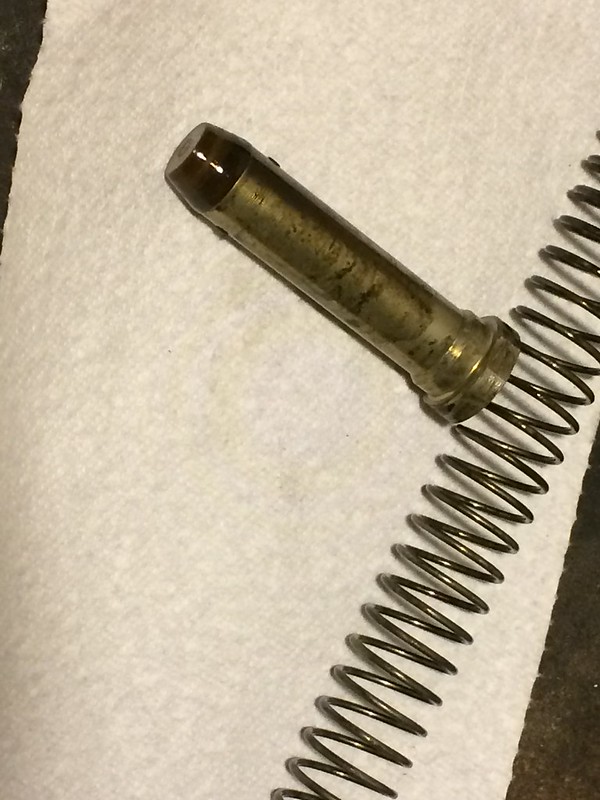 I apologize, but I didn't get a picture of the inside of the tube.
But it was pretty sloppy in there.

So it seems that the suppressor just blasted everything back into the buffer tube.
Like I had mentioned earlier, gas in my face wasn't an issue when shooting.
I suspect that suppressors where gas to face is an issue, there would be more crap in the buffer tube. (That's just a guess on my part, so don't flame me on it.)

The rest of the lower was fairly clean.
A little soot in the mag well, and around the top of the lower. 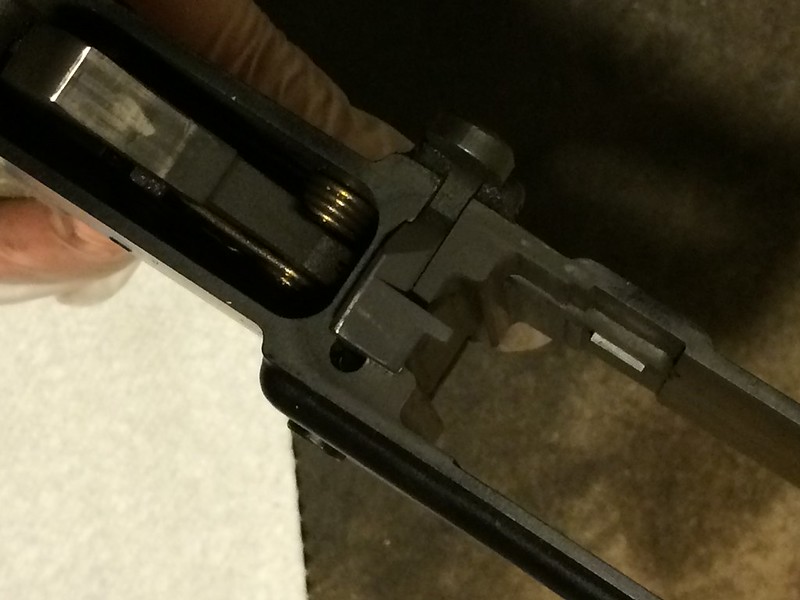 So clean up was pretty easy.
Everything just wiped off.
A nylon brush got into the little nooks that I couldn't reach with my rag.

I lubed the rifle heavier than I normally would.
I don't like getting hit in the face with excess lube.
I don't know if this will be an issue suppressed.

Finally, here is a before and after of the suppressor itself. 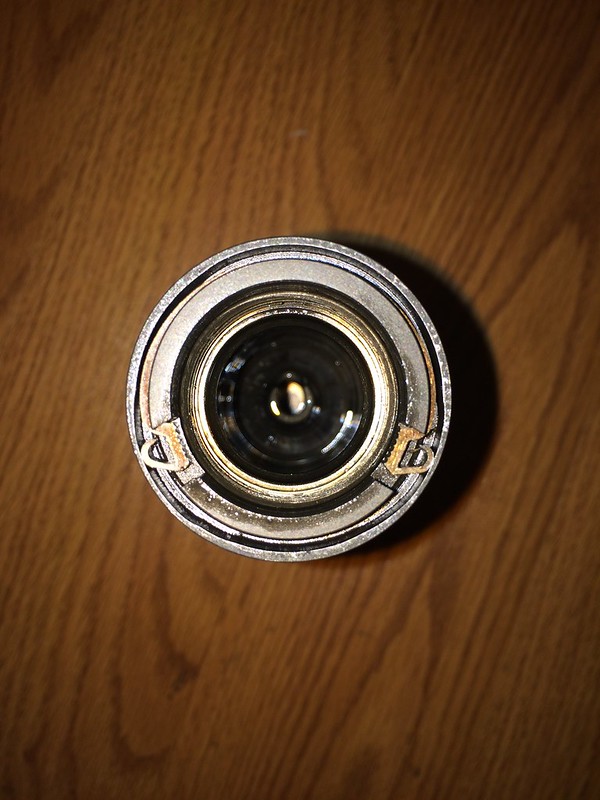 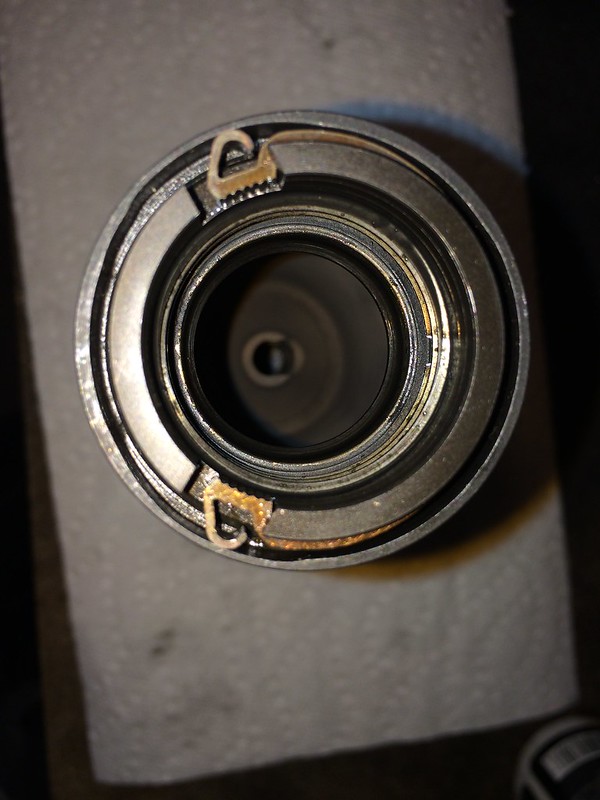 Thanks for putting up with my thread!

[ARCHIVED THREAD] - Got a new suppressor? What to expect. *Lots of pics*