[UPDATED] Top Gun Rights Issues (Chipman & ATF Reclassification & Braces)
6/6/2021 7:14:27 PM
Faxon Sets Record for IV8888 Meltdown Video!
Faxon took a trip down to Georgia to do some shooting with Eric and Chad from IV8888. We wanted to prove that we have the best 9mm BCG/barrel combo on the market.... and we think the video speaks for itself! Enjoy! 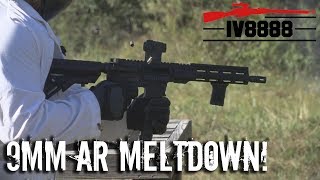