Hometown » California
My Visit to LACMA
Los Angeles County Museum of Art (LACMA) is hosting an exhibition by Yoshitomo Nara.

I'd never heard of this guy before but they have dedicated nearly the entire second floor to his works.

Here is a sampling.  What do you think? 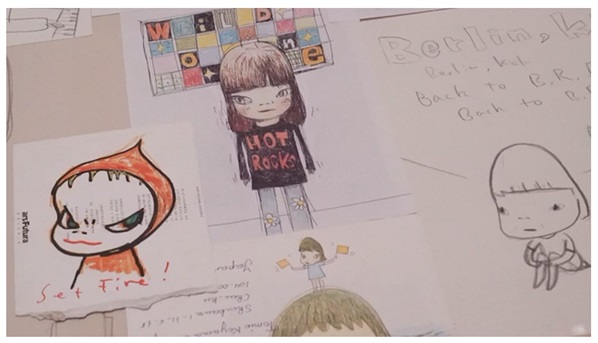 This one is an entire wall covered with album covers (vinyl LP covers for you young wipper snappers). 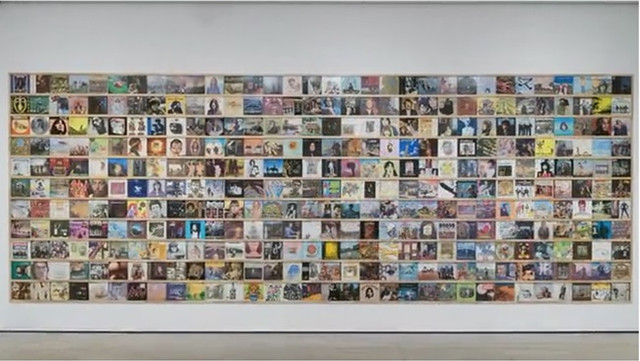 Art is in the eye of the beholder. That said, I think it’s hilariously bad. My 6-year-old regularly produces “artwork” of the same caliber.

Must be in the Broad building. Everything else is flat!

I believe it was in the Broad building, the main building being under construction.

I went to LACMA two years ago and really enjoyed it, but they certainly had some more interesting pieces than that.

Haven't been there in years.  Guess I'll wait for the next exhibit before I try again.

After 103 Views of the thread and a nearly complete lack of interest in the art (only 1 of the four responses even mentioned the works), I suspect that is a commentary, in itself.

I'll comment - it looks horrible!  It's 1st grade looking art, which is probably the point, but rubbish nonetheless.

I was always told when growing up that if you don't have anything nice to say, don't say anything at all.

I don't know what you were thinking, there's not that many guys that post here, so you weren't going to get thousands of replies. Most probably looked at it like this

and then checked out.

If you really want to know what most people think, they probably think who the fuck drew this and how is it considered art?! It's not just ugly, it's fugly as all get out. How this is considered art is beyond all comprehension, it looks like the guy let his kids do it, he needed something to give them and.....

So yeah, it looks like something I shit out after a weekend bender and the art community is fucked up in the head for allowing garbage like this to be put up on a wall.

My Visit to LACMA