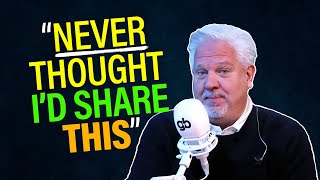 Let me say this. Christian here. I do believe God speaks to people. That said. Choose to judge it how you want. If you hate God or Beck, fine, move on.

he sees himself in the WH
hes pushed along through the WH
Dream was vivid. Person running the wh was a demon
He has not had dreams in over 10 years. However, he had this dream twice nearly identical
He calls the WH Moloch because they are demanding your children