TLDR crowd, sorry about this.

I'm Belgian and I visit WW1 and WW2 memorials in my free time, remembering the sacrifices people made so that I can live free.

Today (July 21st) is our Independence Day, so I had a day off work and decided to visit one on my list. It was the grave of one particular man. It is located at the Ardennes American Cemetery in Neurpré, Belgium. The Ardennes American Cemetery is the final resting place for 5,162 Americans, with 65 percent of those being fallen airmen of the U.S. Army Air Forces. It features a chapel with a stunning mosaic depiction of the ETO, with outside on granite slabs the names of 463 of the missing, whose remains were never recovered. The façade on the far end that overlooks the burial area bears the insignia of the major U.S. units that operated in northwest Europe in World War II.

This cemetery is unique among all American cemeteries as it served as the central identification point for the entire European Theater of Operations from the last days of the war until 1960. As usual it is well-kept, several graves had small bouquets of flowers next to them, or candles. The groundskeepers were doing some maintenance in the rows. Several families walking around. 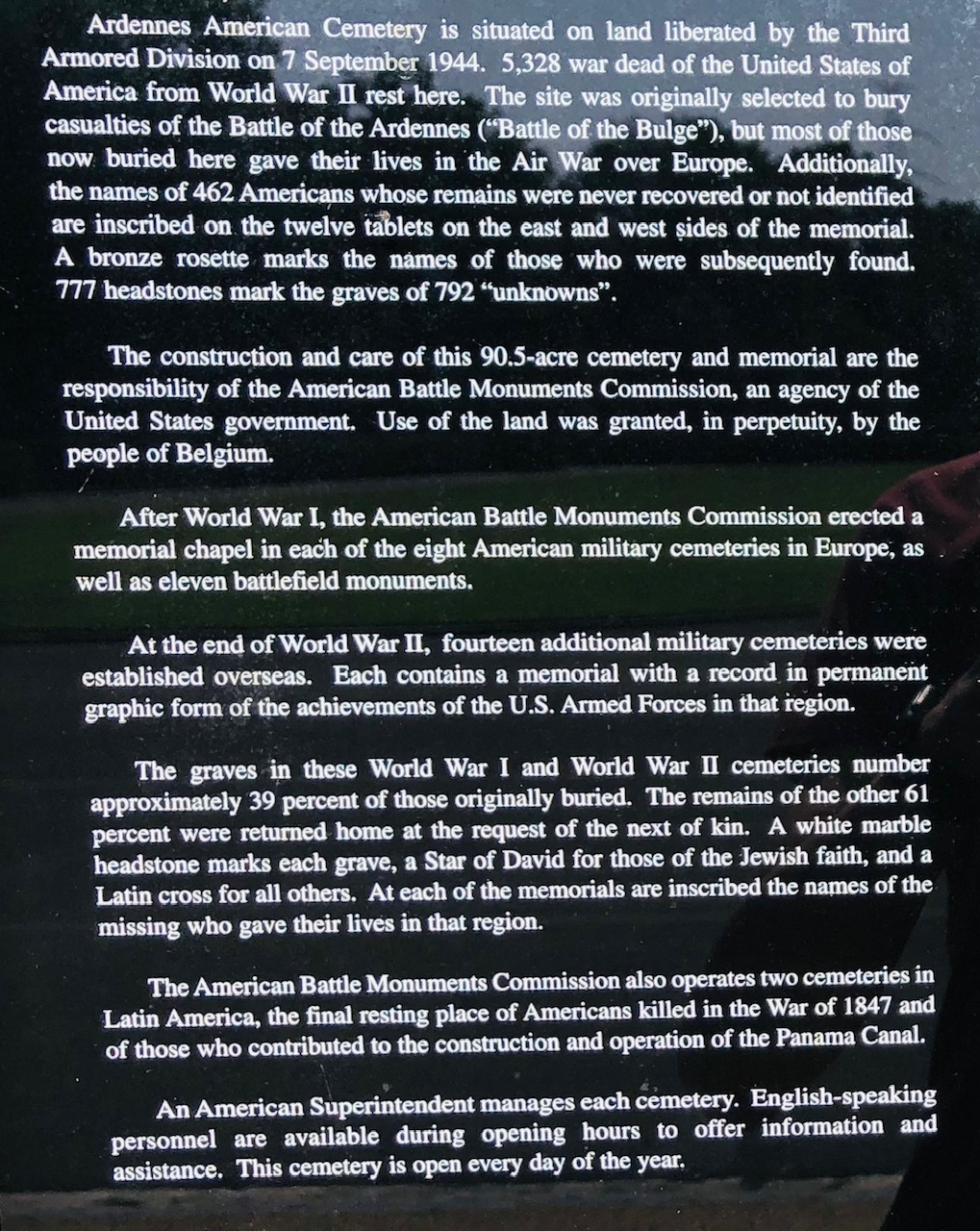 This is the chapel as viewed from the parking lot. The cemetery itself is behind the chapel, down the hill. 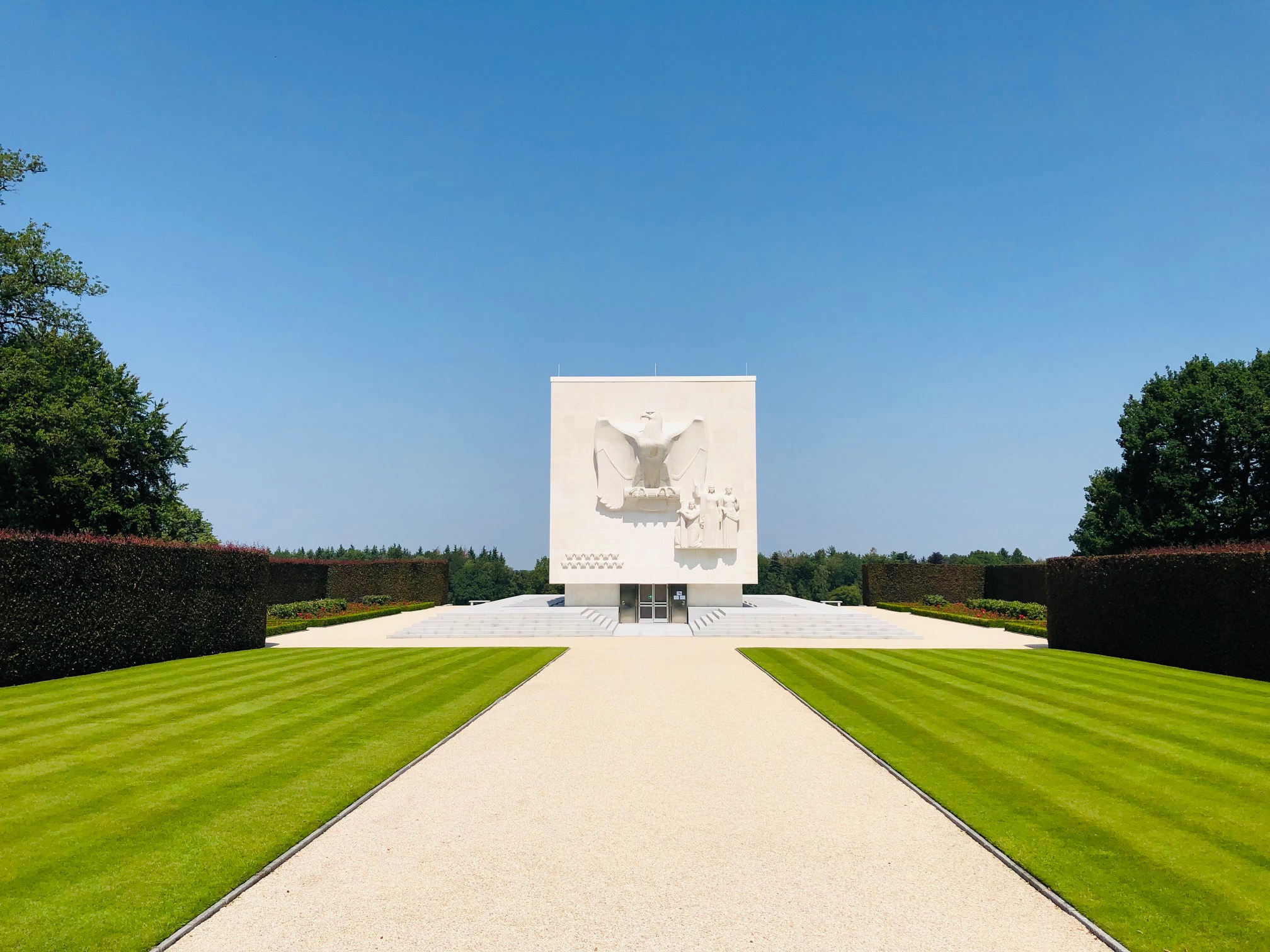 This is the back of the chapel, am now standing with my back to the cemetery. 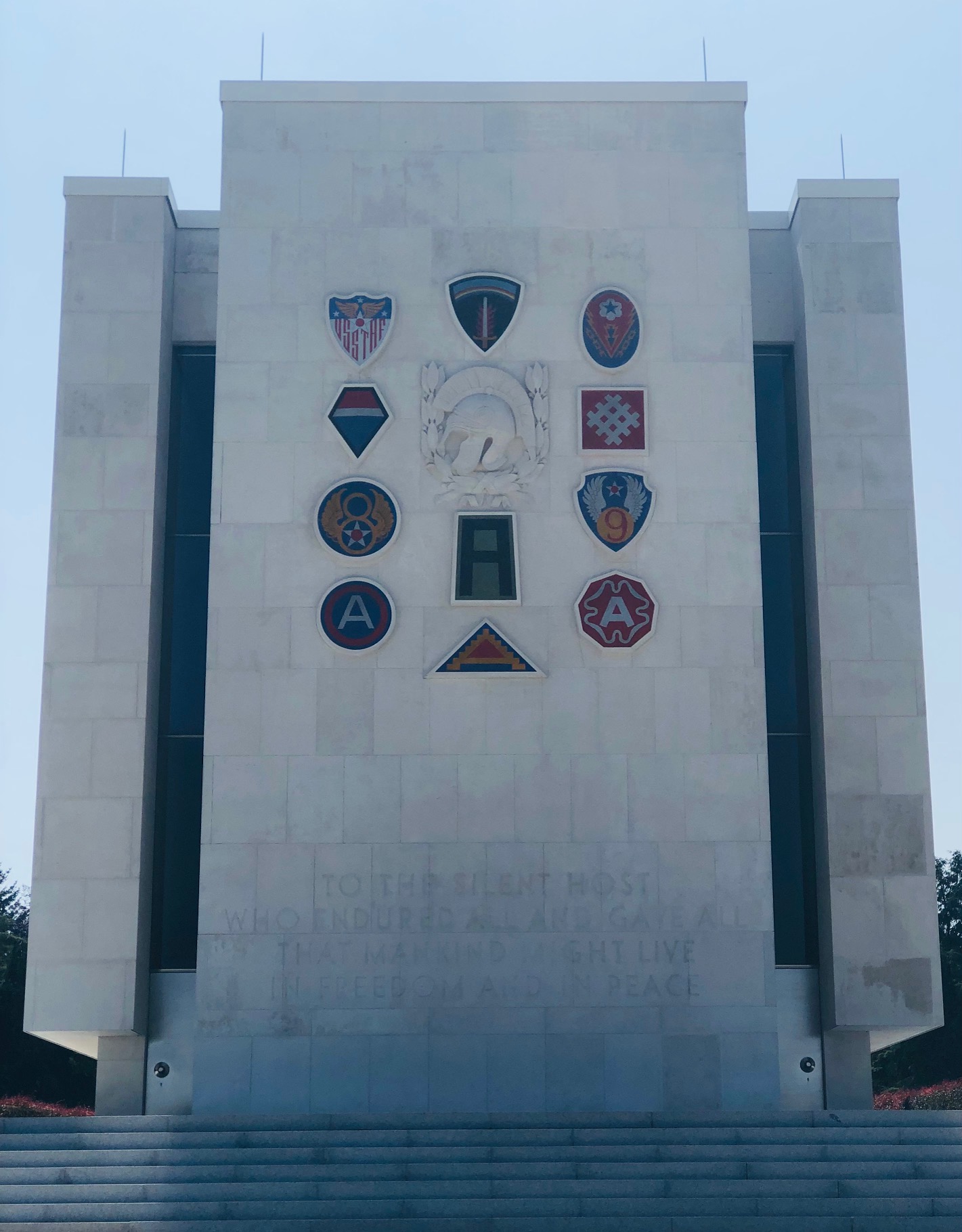 One of the granite slabs with missing names. MoH recipient name in gold. Citation HERE 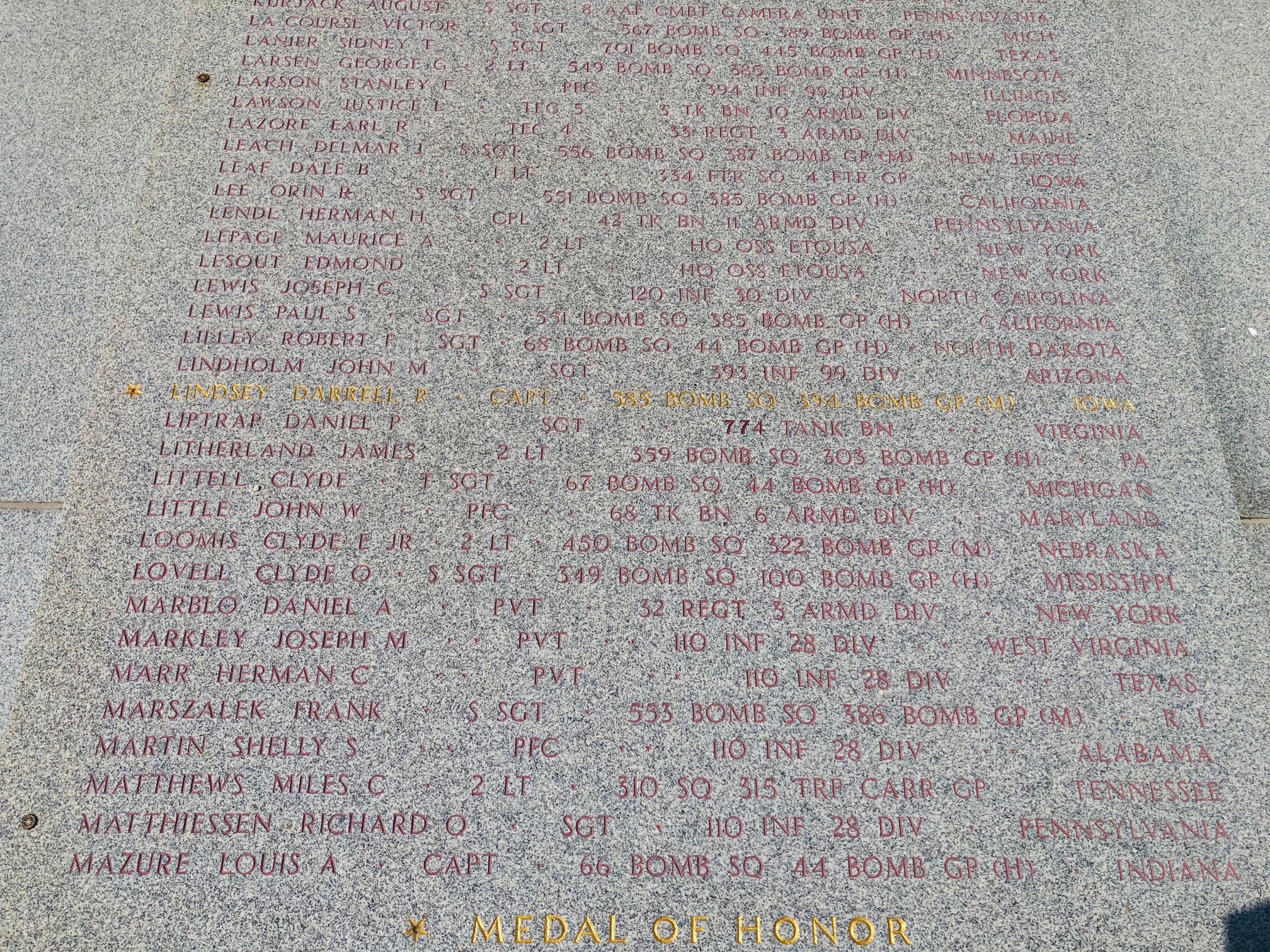 And then you turn around... 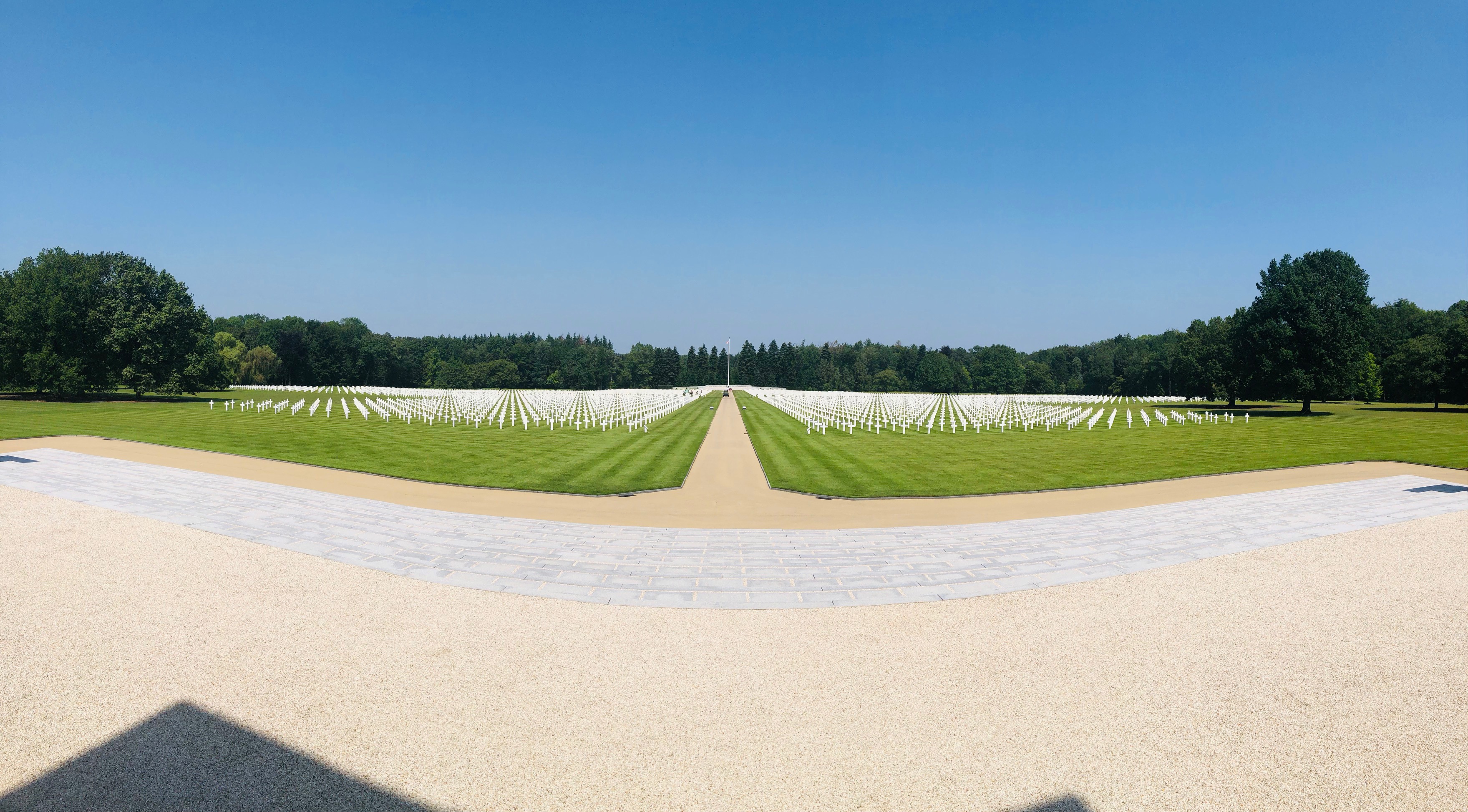 After taking in that sobering view, you walk all the way to the end. It takes a good 10 minutes. At the end, there's the flag. 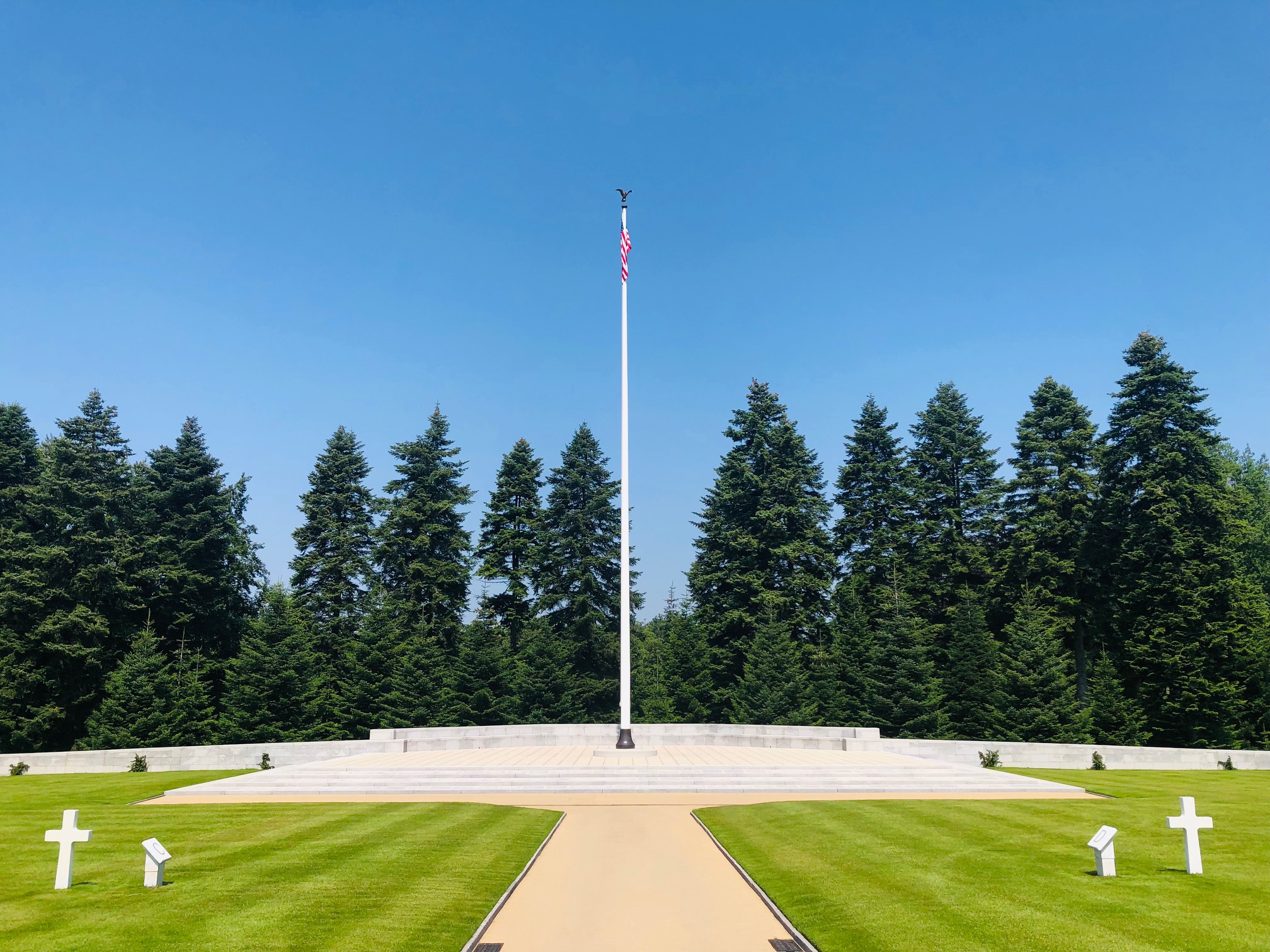 This is the man I was looking for. 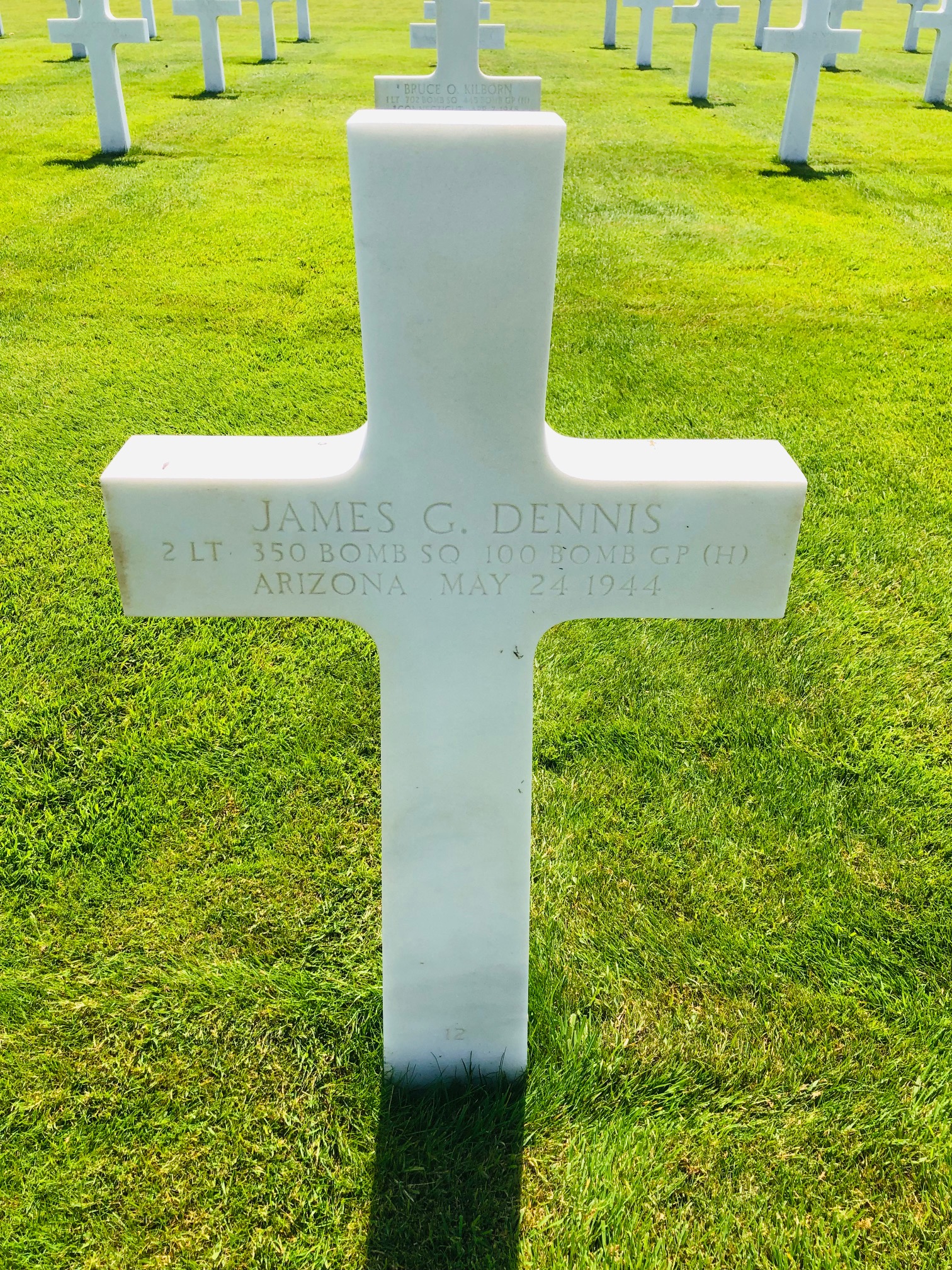 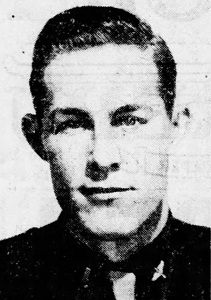 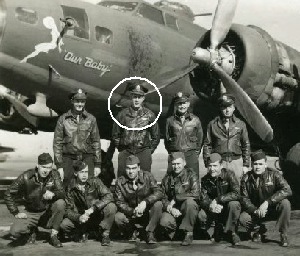 His story; James was born May 2, 1921. He was co-pilot in the crew of the B-17 #42-31941 "Big Stoop" during a mission to bomb Berlin. The plane was shot down by enemy fighters west of Bückwitz Lake. Eight crew members were taken prisoner, and two were killed. On Sept. 7, 1944, the War Department received word through the International Red Cross that Lieutenant Dennis was killed in action over Berlin on May 24. He had formerly been reported as missing. Propaganda ministry official Alfred Ingemar Berndt murdered Dennis after Dennis had parachuted from his plane and was captured. Berndt halted his car on Hamburger Chaussee in Segeletz where Dennis was being held, and shot him dead in the street. Dennis was initially buried at Friedhof Segeletz on 26 May 1944. His remains were later interred at the Ardennes American Cemetery and Memorial.

Now we return to the chapel. Inside there is a massive depiction of the liberation of Europe. Pictures do not do this justice, how detailed and immense they are. 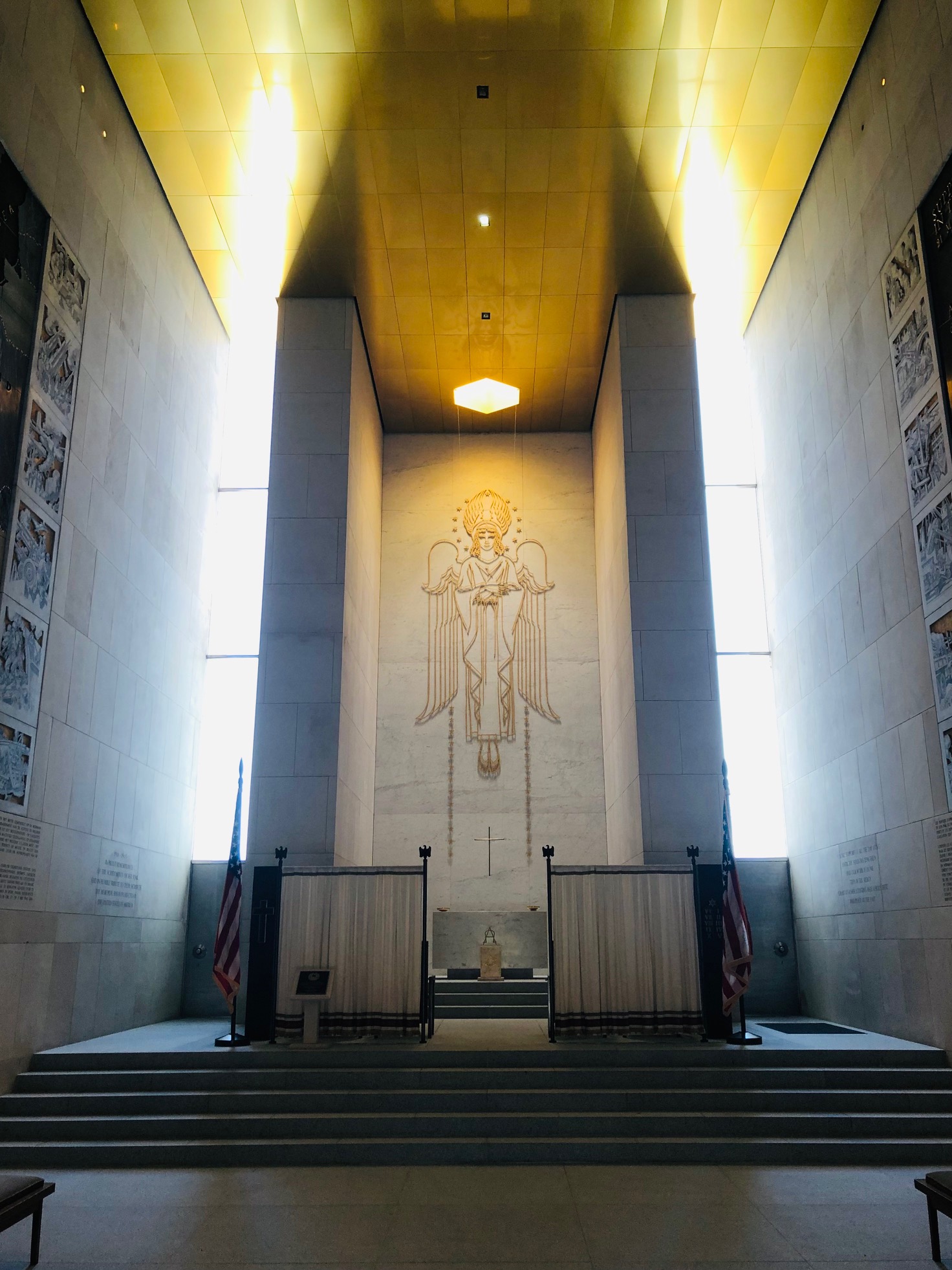 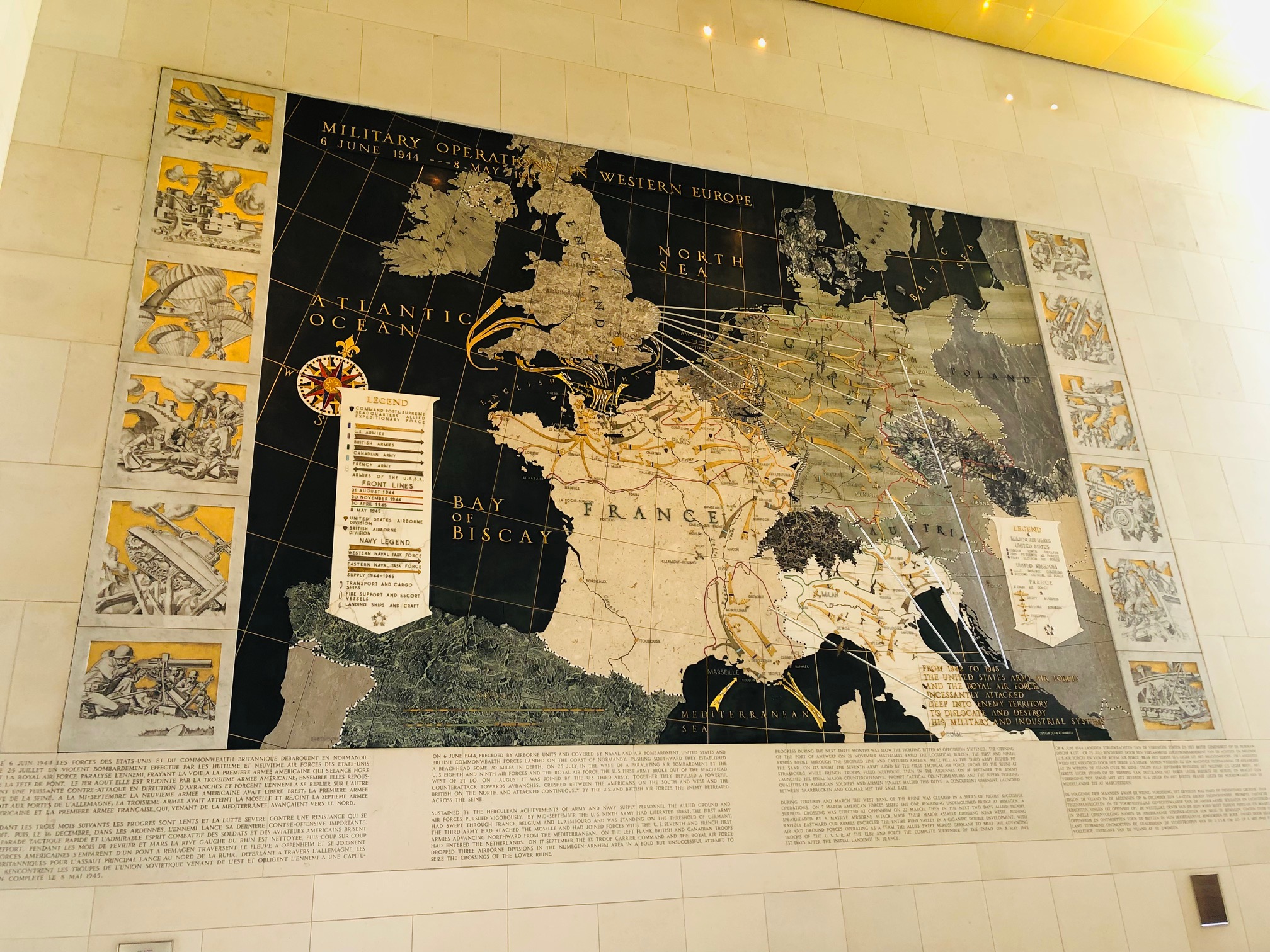 Battle of the Bulge; 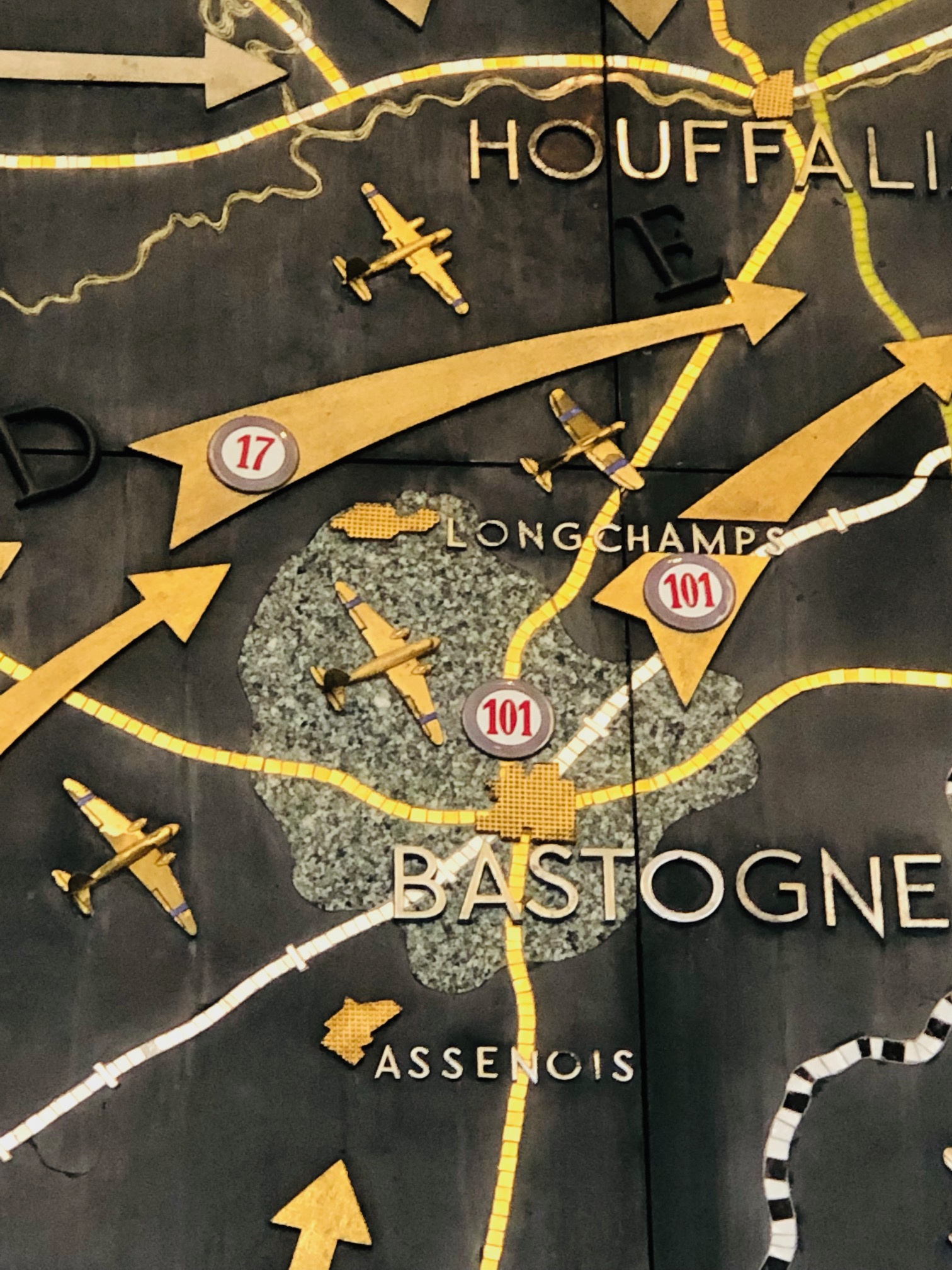 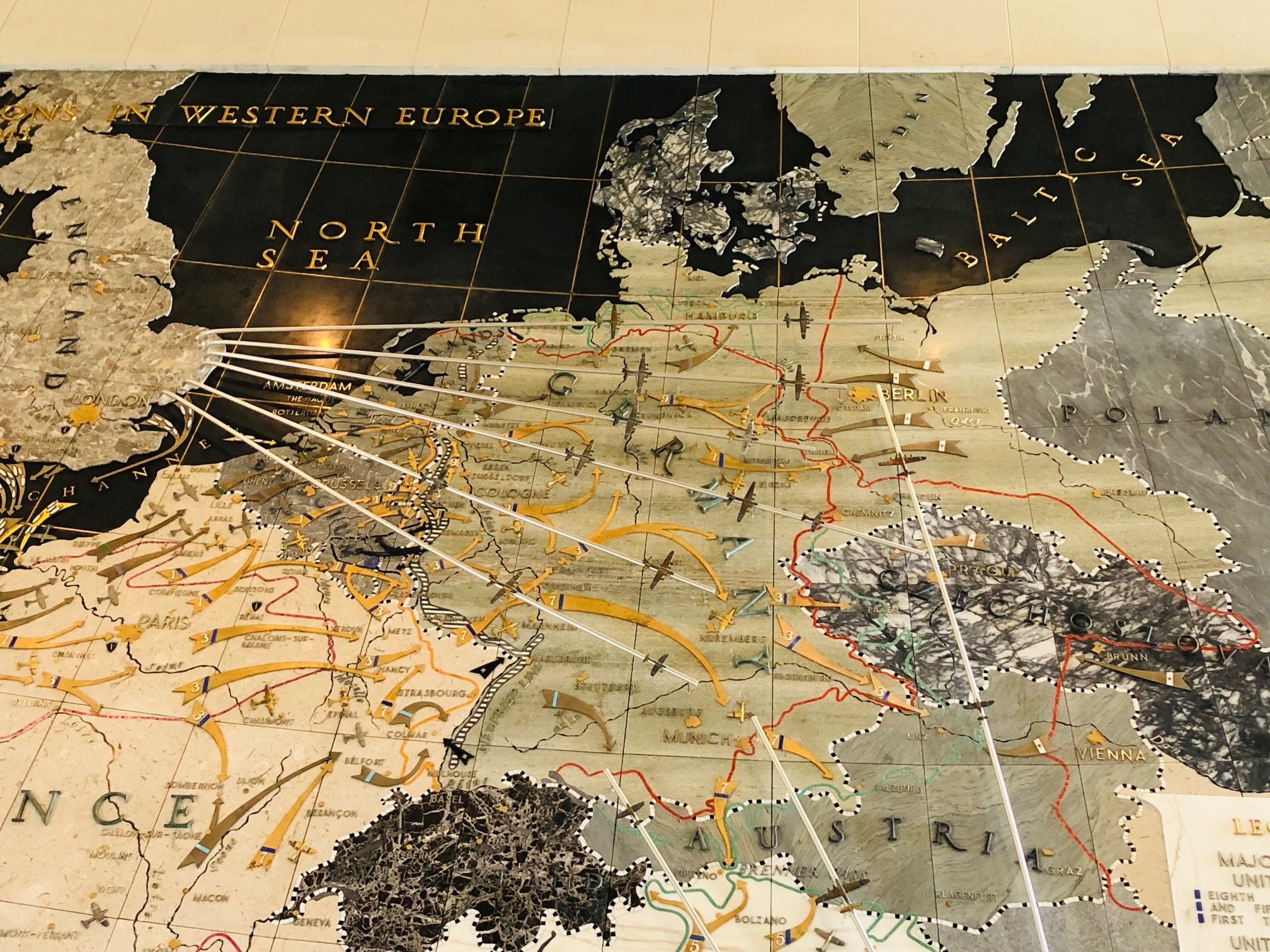 On each side of the altar, these inscriptions; 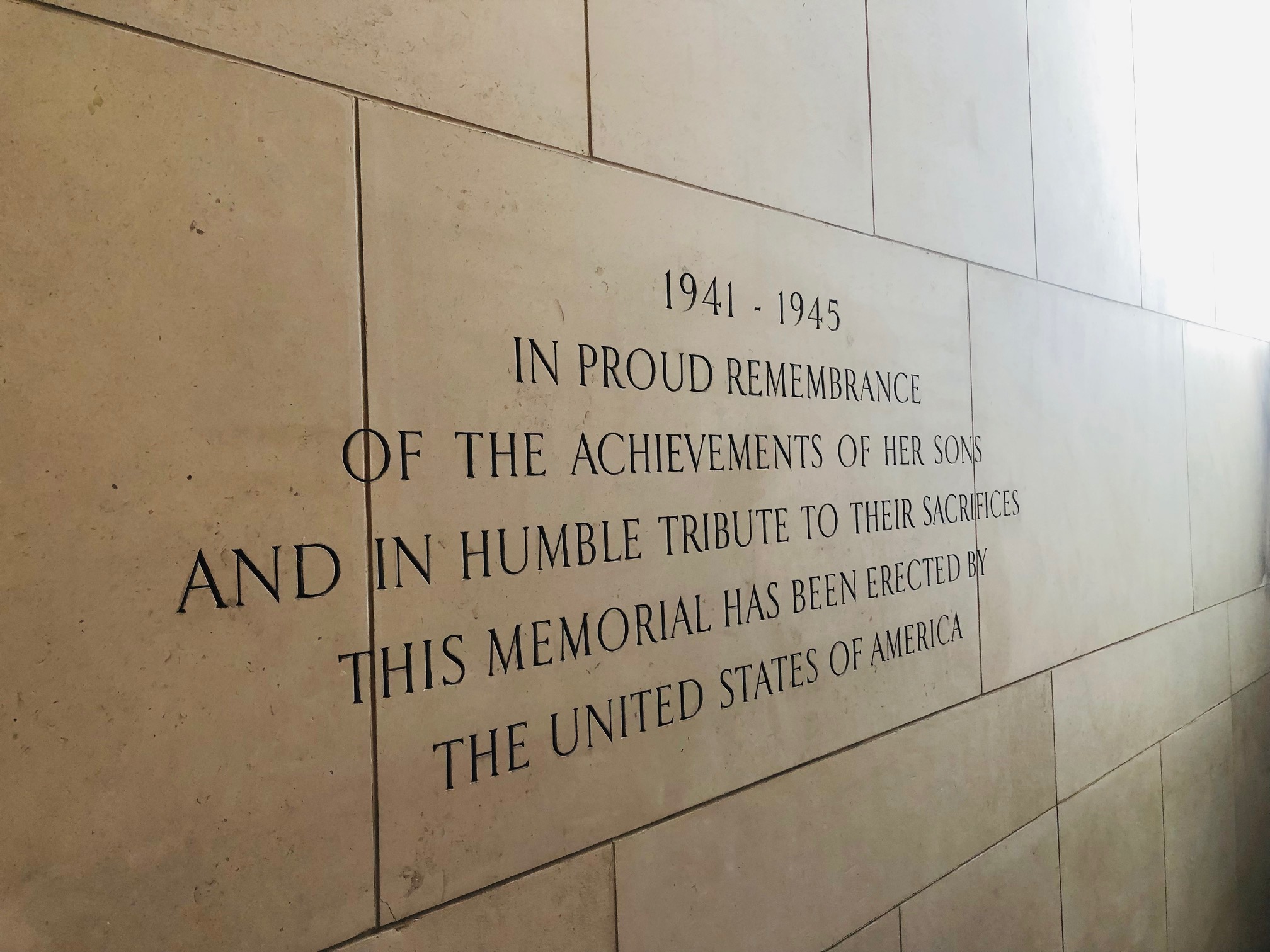 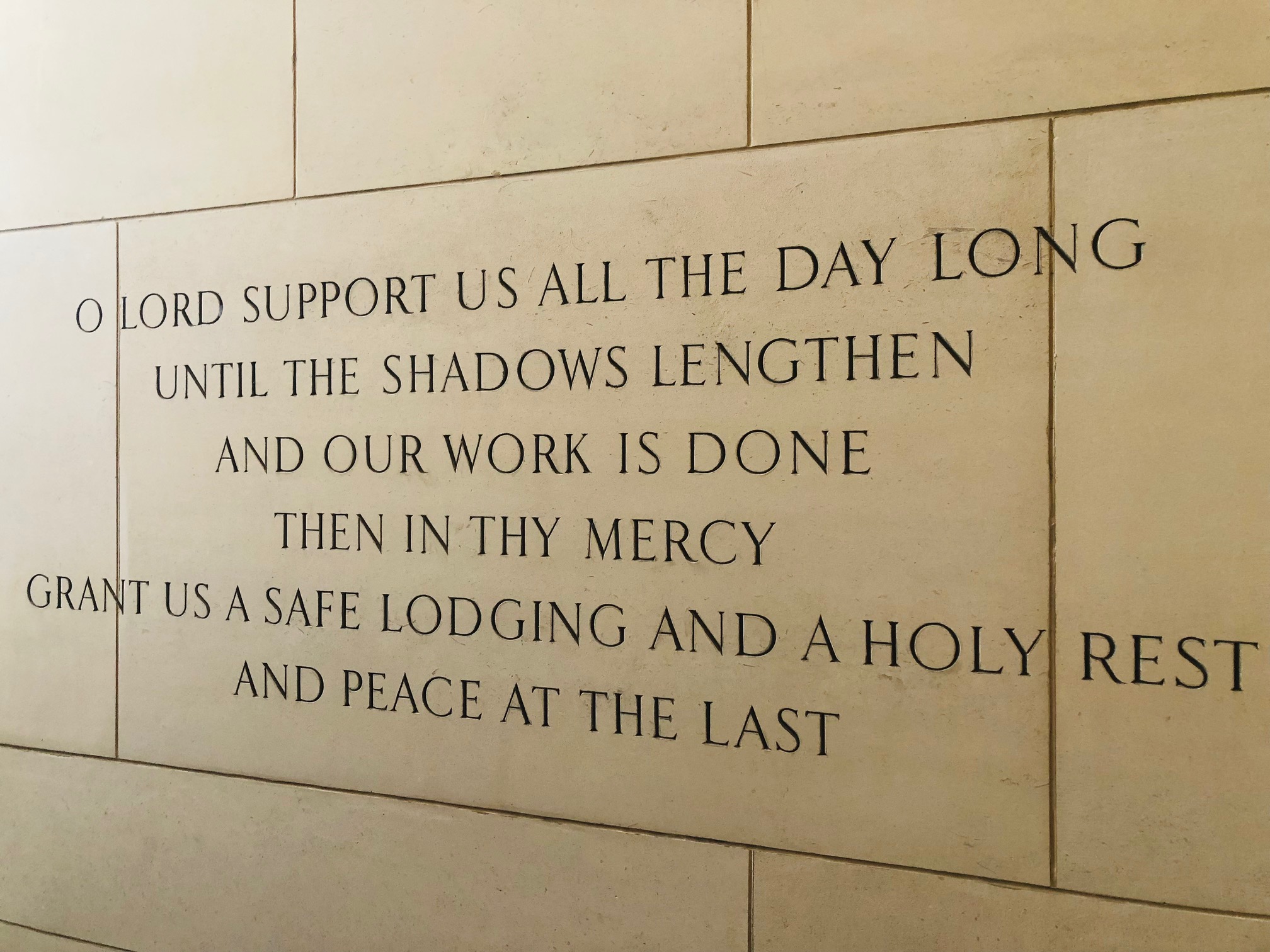 I can only end with this; 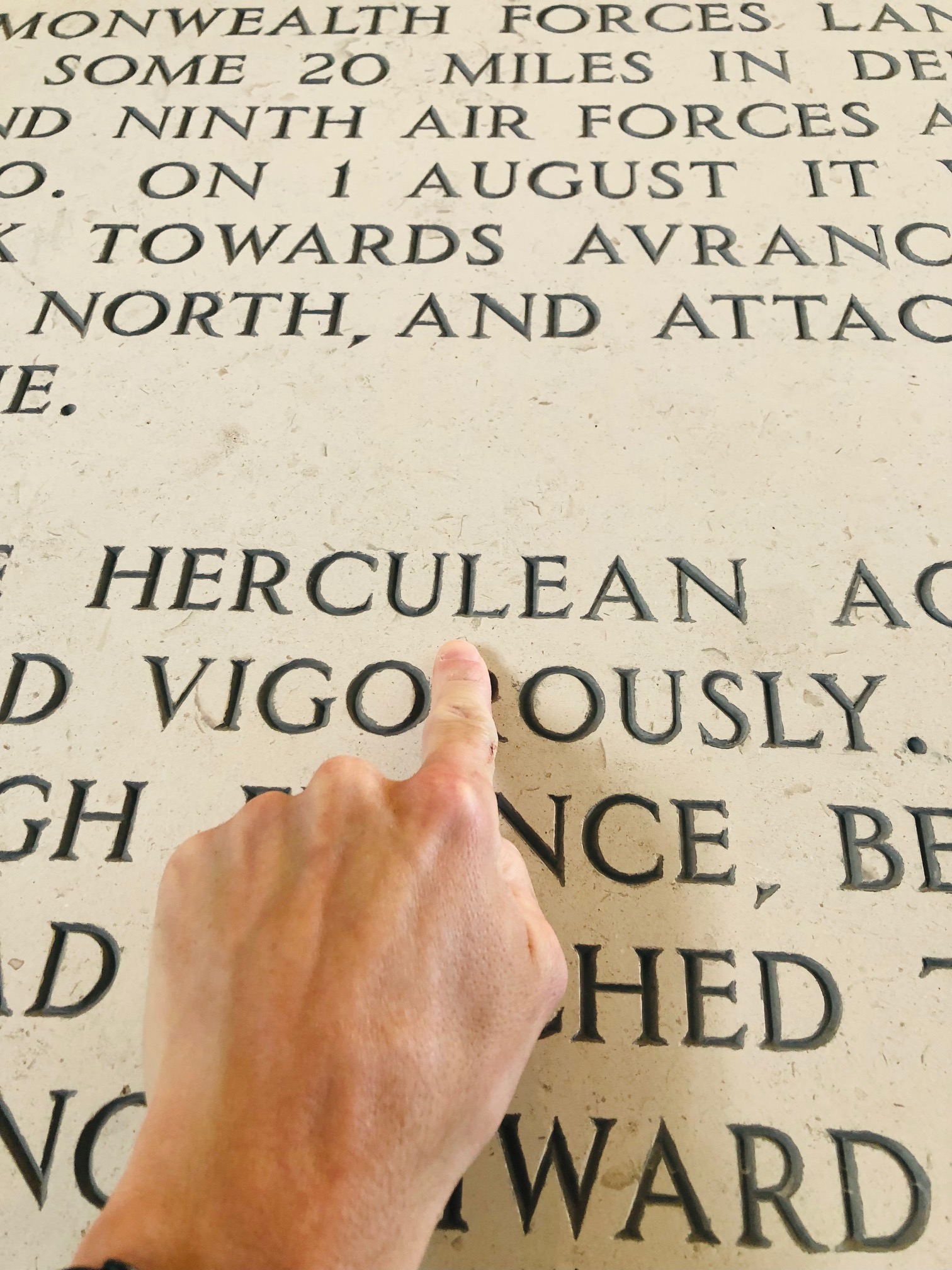 Thank you for reading. Let's remember James, and his comrades.