Enter to win an FN FAL Rifle
11/2/2022 4:30:06 PM
[SOLD]&nbspWTS: IWI Galil 8.3" Gen 2 pistols 556 WA Local Only
SOLD
I bought these both over a year ago. As much as I enjoy them I don't enjoy them enough to deal with the NFA over them so looking to offload them before any weirdness happens with arm braces.

Both have the A2 birdcage replaced with a Deadair flash hider (However both are using the factory jam nut, if you want to use it with a ca you should consider remounting with shims against the barrel shoulder and check for concentricity.)

Both also had the standard factory endplate replaced with a KNS Pic rail endplate (properly installed using the silicon adhesive KNS supplies) and have a CNC Warrior Galil style Arm Brace installed which gives it the proper Galil look but also makes it much flatter when folded as you can see in the pic.

Both also have an SLR M-Lok Barricade handstop to prevent my hand from sliding off.

Both have 300 rounds through them.

The 5.56 version had a scratch on the front of the handguard from when I put the muzzle device on but I covered it with a alumin-black pen and also has a slight blemish on the top pic rail from mounting a red dot.

Obiviously you're on your own to find magazines for either given current law in the state of WA. I don't have the box for either but I do have the manuals.

Location: I'm in Seattle, find a dealer that will hold them and i'll drive a reasonable distance. Otherwise Pantel Tactical is my preference as they hold the gun. WILL NOT SHIP (Sorry but it's just not worth the headache anymore)
<­br> 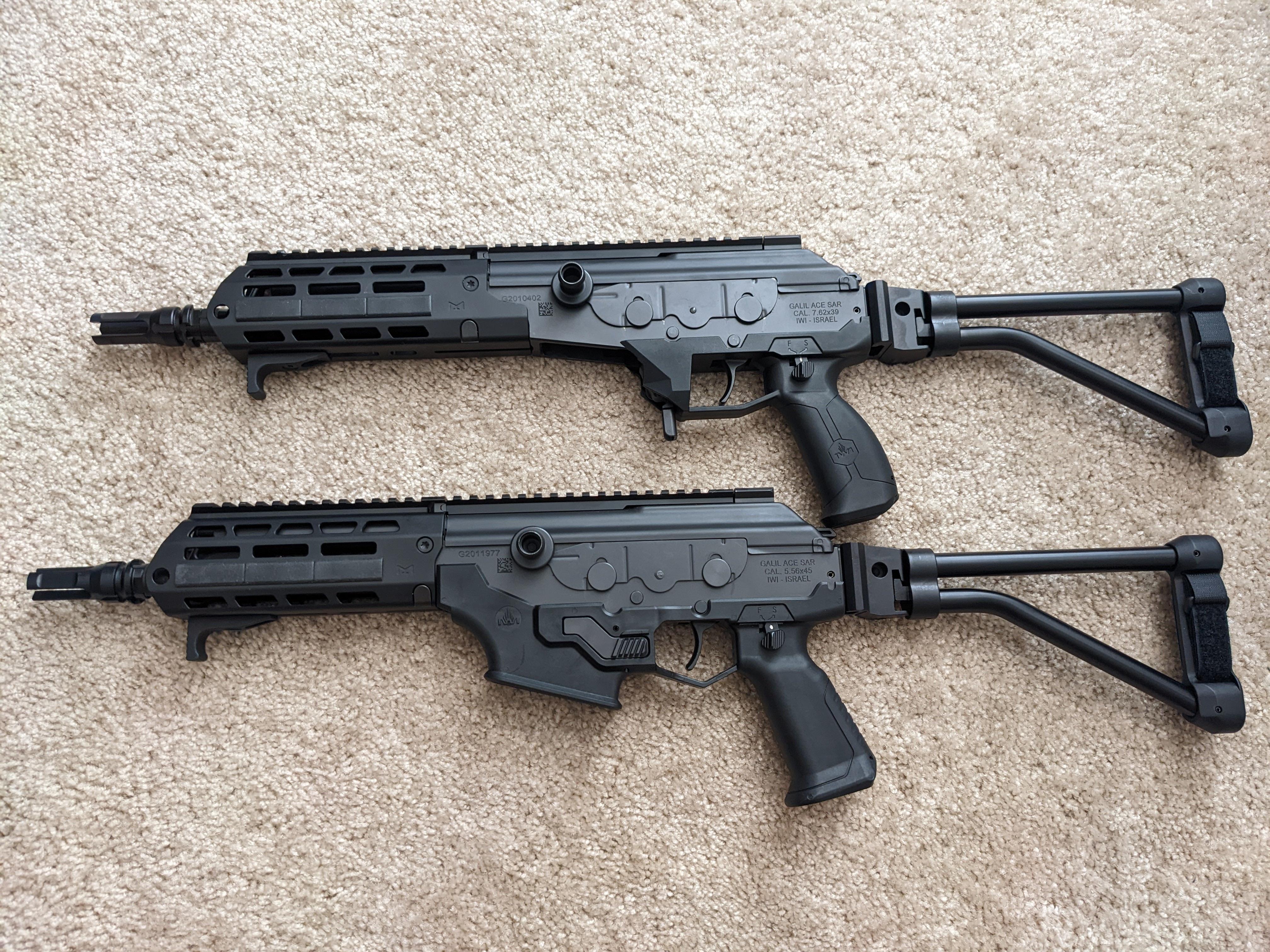 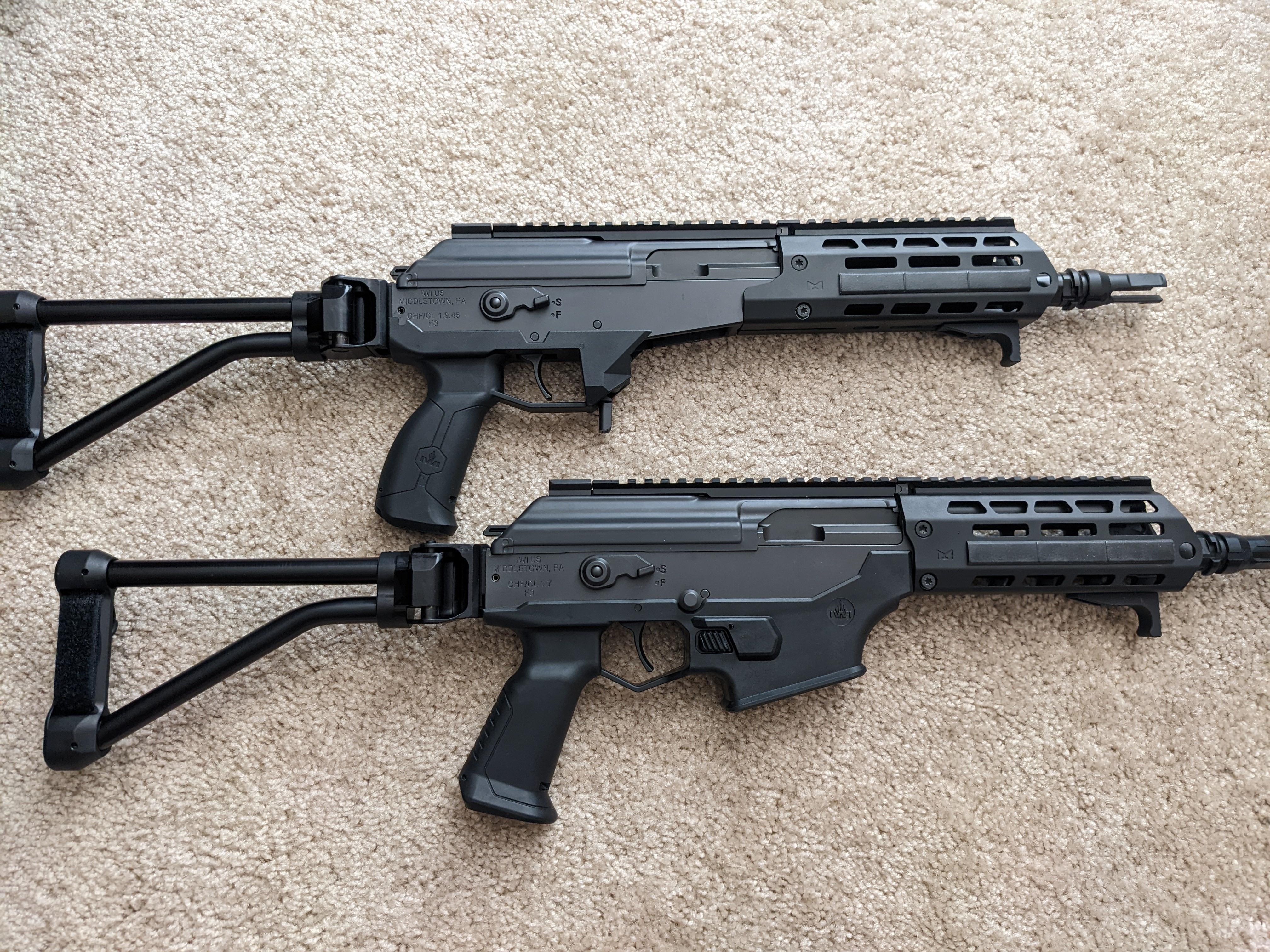 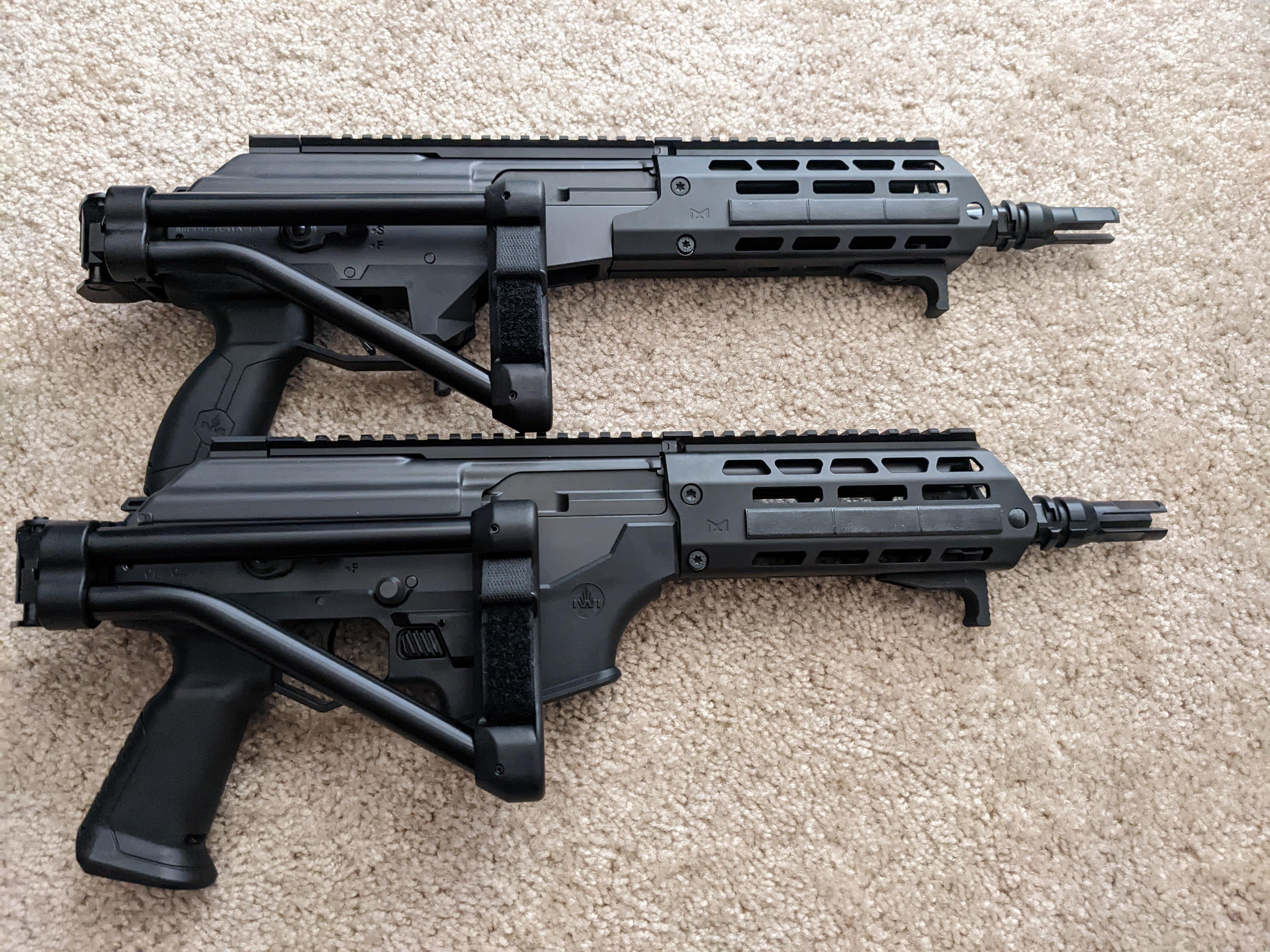 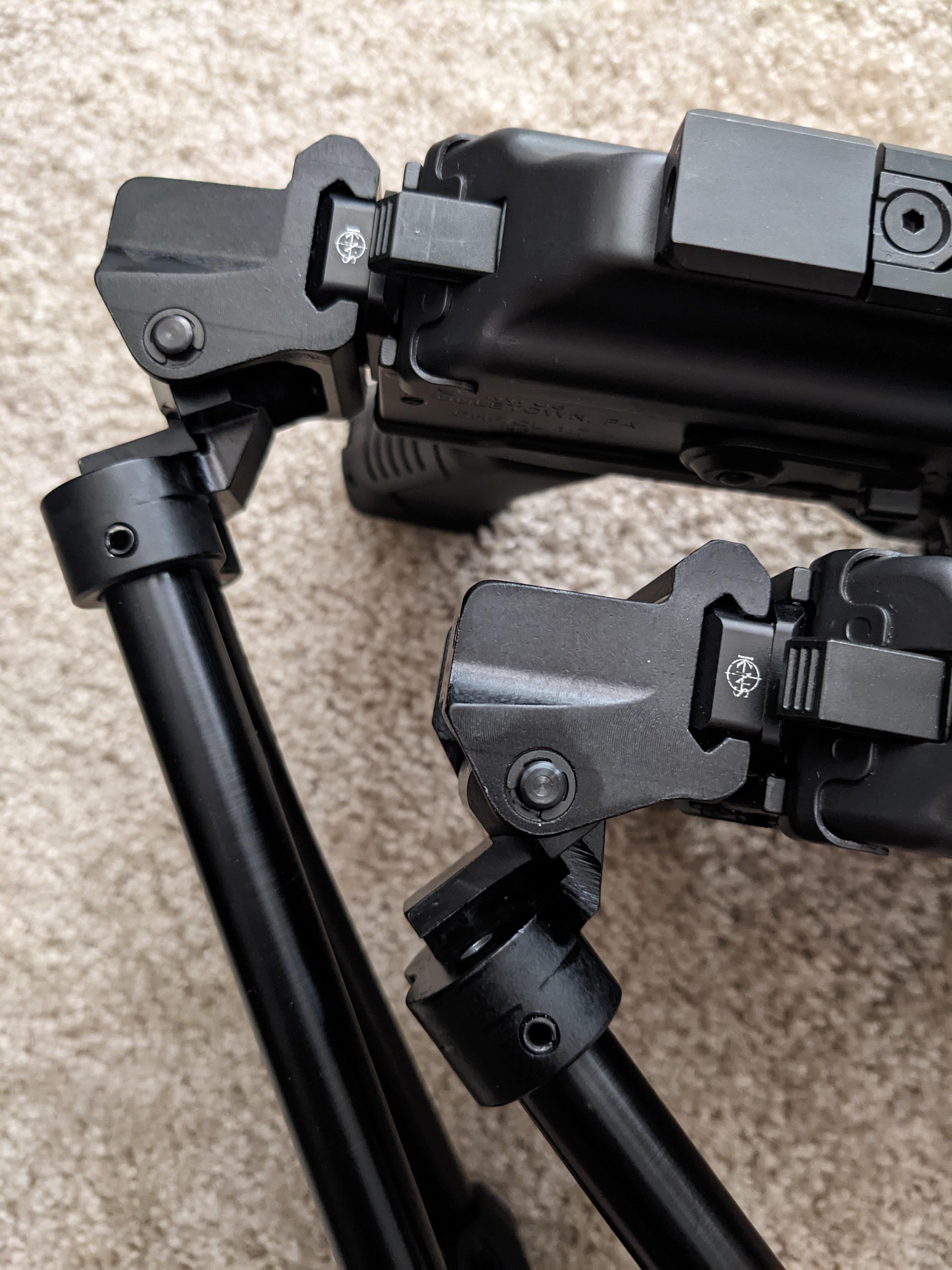 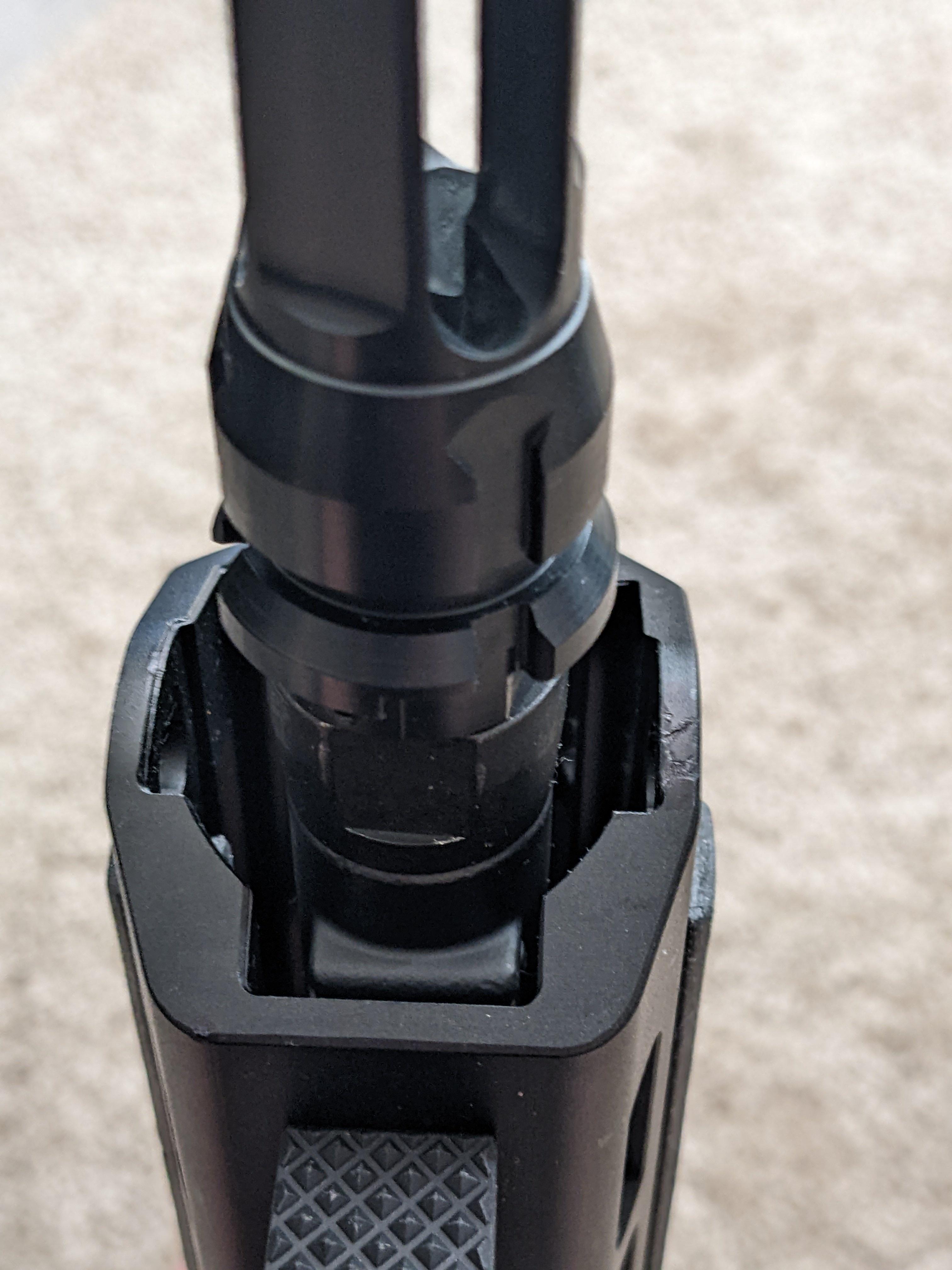 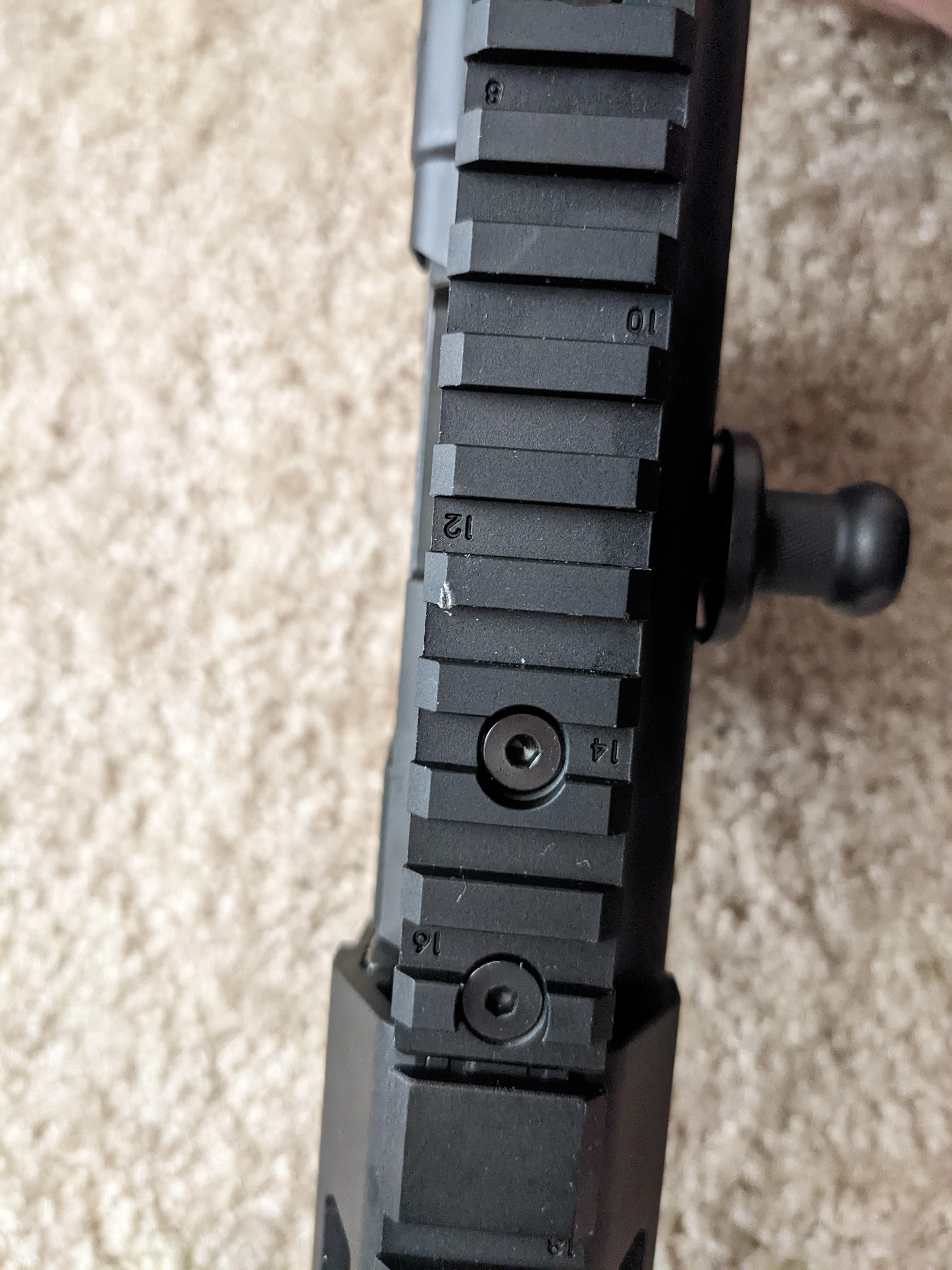