TNVC is proud to announce the release of the TNVC Riser Stock Pouch (RSP) Gen. 2, now in-stock and available!

Introduced in 2008 and one of TNVC’s first ever original products, the TNVC Riser Stock Pouch (RSP) was developed in response to the increased use of the M14 as a Battle Rifle (BR) and Designated Marksman Rifle (DMR) during the Global War on Terror.

While the TNVC RSP has continued to be extremely successful product over the last decade plus, we decided to revisit the Riser Stock Pouch to see if it was still the best product that it could be. While most of the changes we have made to the RSP Gen. 2 have been improvements in manufacturing and materials and should be transparent to users, the most obvious difference to most users will be the replacement of the bungee retention system on the MOD 0 to a flap design. We have also updated the available colorways, switching from the original Khaki and Olive Drab to Tan 499 (Coyote) and Ranger Green as well as the Multicam and Black options. Otherwise, the features and functions of the TNVC RSP Gen. 2 are almost identical to the original TNVC RSP, and is available in both left and right hand variants, as well as in MOD 0 and MOD 1 variants. 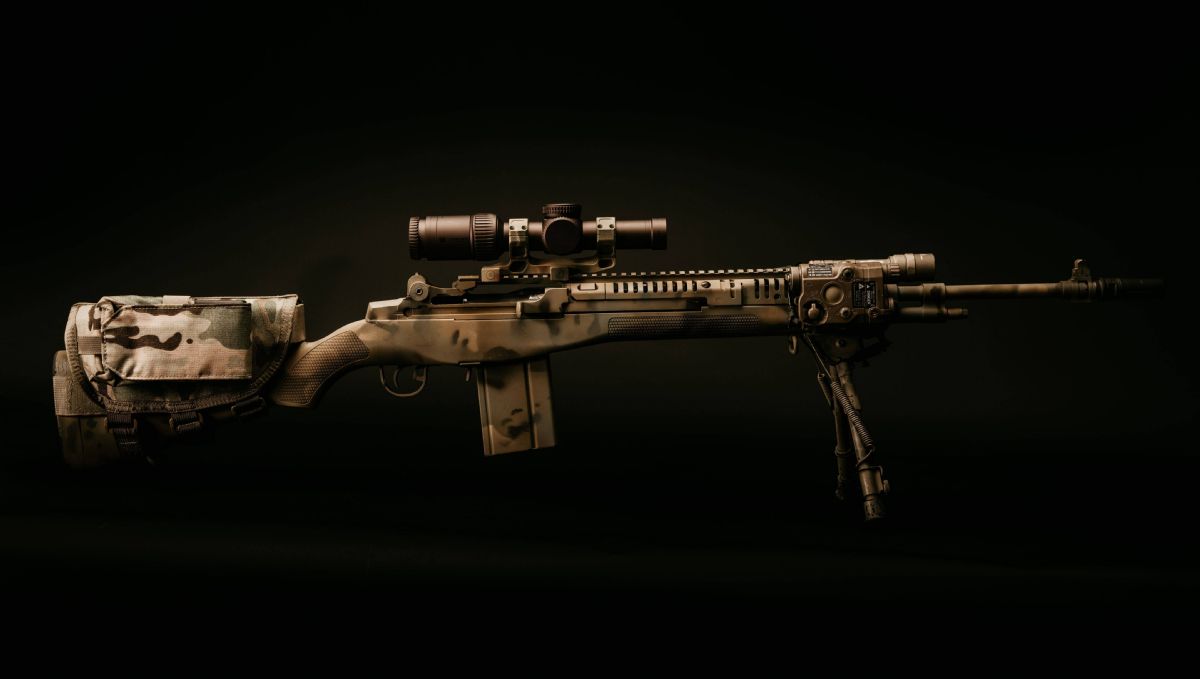 Though other, newer semi-automatic 7.62MM platforms have become increasingly popular in the years since the original TNVC RSP was developed, the M14 and it’s civilian counterpart, the M1A have nevertheless remained popular with many shooters, civilian enthusiasts and armed professionals alike who want to take advantage of a battle-proven 7.62MM semi-automatic platform for hardened targets and longer ranges where 5.56MM may not be sufficient. However, due to the traditional rifle stock format of the M14/M1A, using modern optics and mounts can present somewhat of a challenge, especially when trying to use them in conjunction with night vision systems like Clip-On Night Vision Devices (CNVDs) that need to be aligned to a ~1.5? optical centerline in order to be properly used.

After surveying the various options available on the market, TNVC realized that “there must be a better way,” and developed the Riser Stock Pouch (RSP). Designed to mount directly to a standard M14/M1A butt stock, the RSP raises the shooter’s cheek weld to the proper height for a scoped rifle. The RSP is compatible with all M14/M1A scope mount systems including Vltor, Sadlak, Smith, A.R.M.S., KAC, Springfield, etc. It is user-adjustable to fit stocks with trap doors or recoil pads. The TNVC RSP is also flexible enough to be used with a variety of other traditional rifle stock designs, as well as other low-comb fixed stock designs like the H&K G3 and G33. 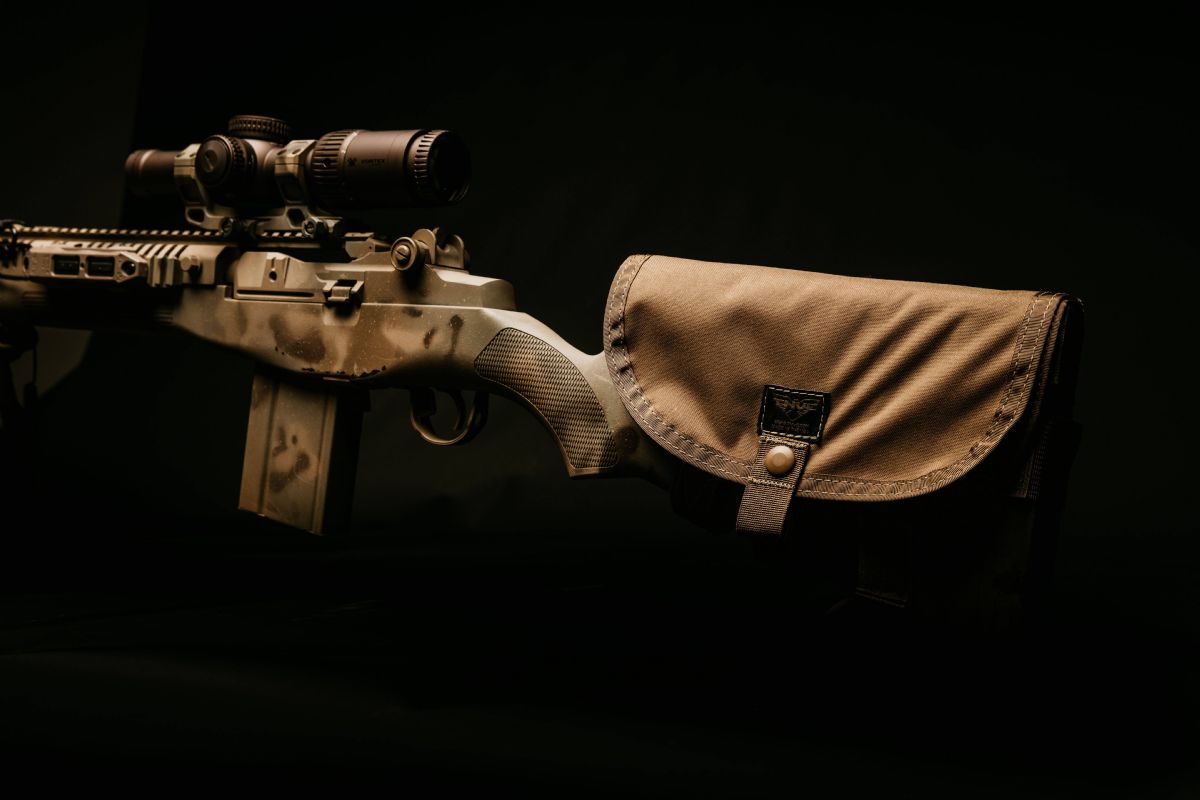 The TNVC RSP Gen. 2 MOD 0 features DMR-specific attributes such as a hidden range/DOPE card pocket that is quickly and easily referenced by the shooter and a stock mounted magazine pouch with a secondary retention band and flap closure that can fit a wide variety of magazines including the standard USGI 20-round magazine. The flap closure allows the pouch to be adapted to a wide-range of magazine types, and ensures that the magazine is safely retained and protected from foreign debris, especially when used in heavy brush or other adverse environmental conditions. 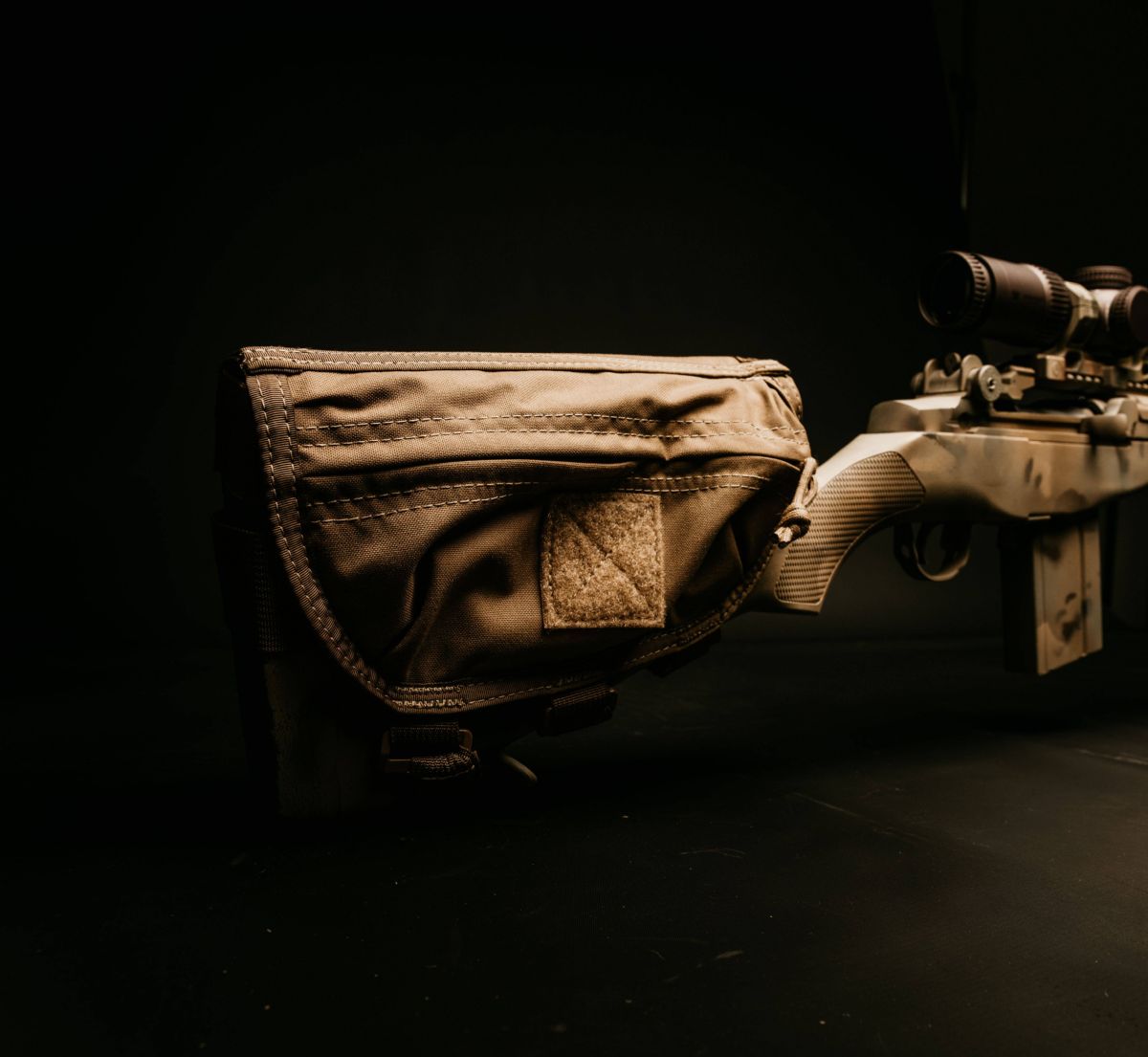 The TNVC RSP Gen. 2 is a simple yet effective solution that allows you to modernize and greatly increase the capabilities of traditional stock and low-comb designs without spending hundreds of dollars on new chassis systems or stocks.
Tactical Night Vision Corporation - TNVC, INC.
http://www.tnvc.com
[email protected]
(909) 796-7000
Dedicated to the men and women in uniform who fight the good fight.
TNVC RSP (Riser Stock Pouch) GEN. 2 Now Available!