Fighter Pilot, Gun Nut, and Industry Icon | BPW Ep 011 w/ Duane Liptak
9/27/2022 3:25:23 PM
Armor - The Combat Arm of Decision
Once upon a time I was a tanker in the U.S. Army.  Sometime in the 70s I bought a sweatshirt emblazoned with the armor branch motto.  I loved that sweatshirt and wore it constantly.  It got pretty ragged as time slipped past.  I stopped wearing it to preserve the motto and tucked it away in the closet.  My wife stumbled across it one day and was about to toss it in the trash until I stepped in and declared it to be a sacred artifact that would never suffer the degradation of being casually flung into oblivion.

One day a couple of months ago I had a vision, laid out the old sweatshirt, took a picture of the motto, edited the picture in Photoshop, took the image to a local t-shirt shop, and had them make a t-shirt and crew neck sweatshirt with the motto.  They turned out great.

Below are pictures of me with the original sweatshirt in the 70s before it turned ragged as well as the new t-shirt and sweatshirt.  If anyone out there would like a matched pair (t-shirt and sweatshirt) like mine, I'd be happy to ask the shop owner to make more.  Unfortunately, you'll have to pony up the money but the cost would be exactly what the shop charged me for mine ($25 two months ago) plus whatever the actual shipping cost would be to send the items to you.  If you're interested, reply in this thread, drop me an e-mail, or PM.  I'll compile a list and as soon as a dozen folks commit I'll run over to the shop to have them made.

Sorry, you don't have a choice of color.  You'll be getting gray and you'll like it.

You can specify what t-shirt size and what sweatshirt size you want.  They're available in men's sizes S, M, L, XL, 2XL, 3XL, 4XL

To be perfectly clear, I'm making exactly zero money doing this.  I'm just feeling nostalgic and thought if there were any former, current, or future tankers out there, they might like these. 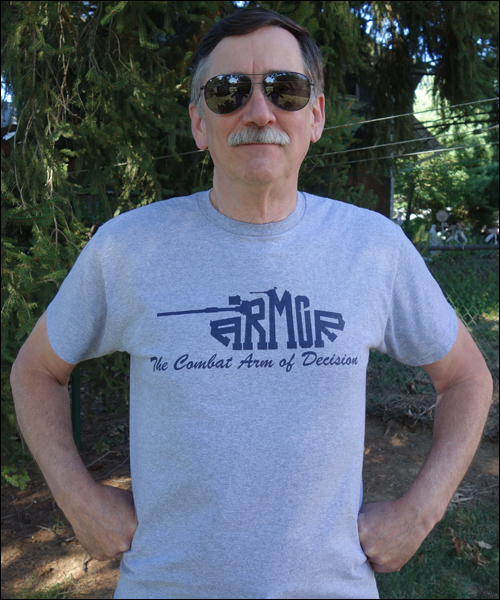 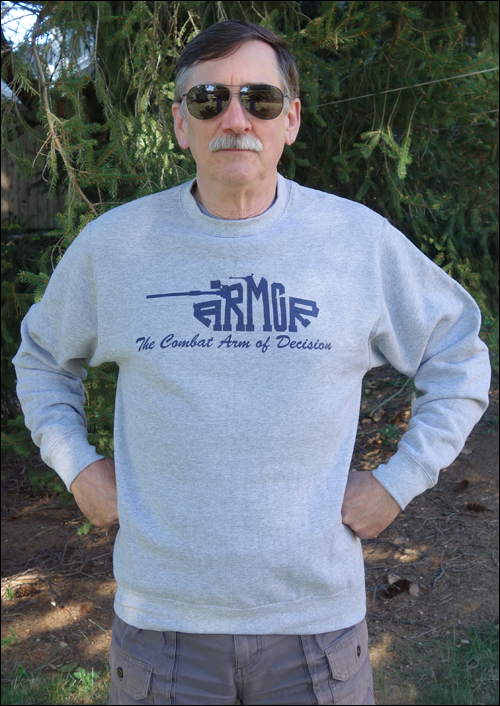 And a bonus pic of my tank platoon in what was then West Germany (FRG). 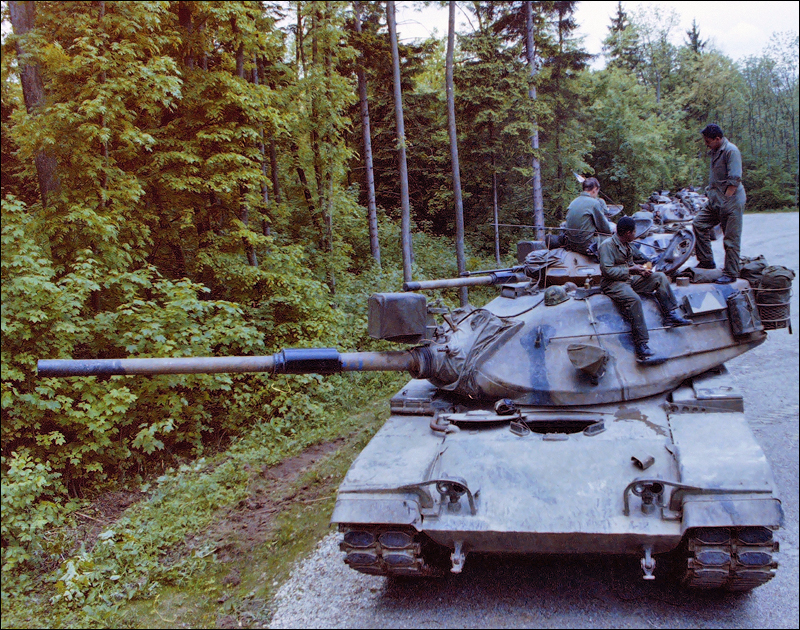 Armor - The Combat Arm of Decision