AR-15 » AR Discussions
Official FBI/ HRT/ Reg. SWAT Clone Picture and Discussion Thread (Page 1 of 70)
This thread will be dedicated to builds and discussions of the FBI clones and thanks to Geissele for listening to the masses and releasing the much coveted rail. Parts lists will be updated as we go.  Please keep it on topic and post pictures of your builds and "in the wild" photos. 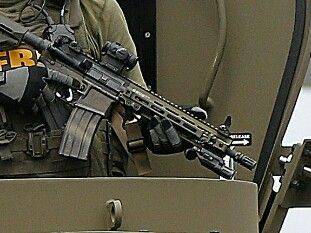 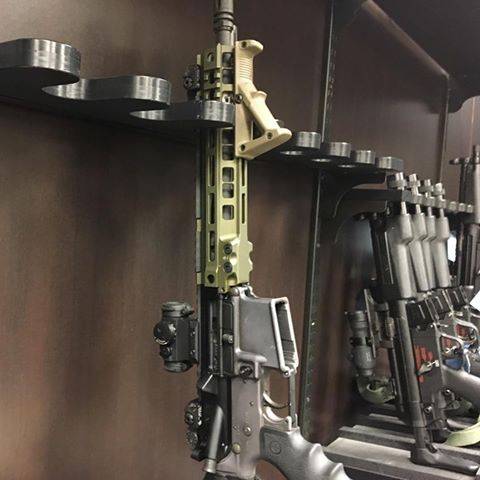 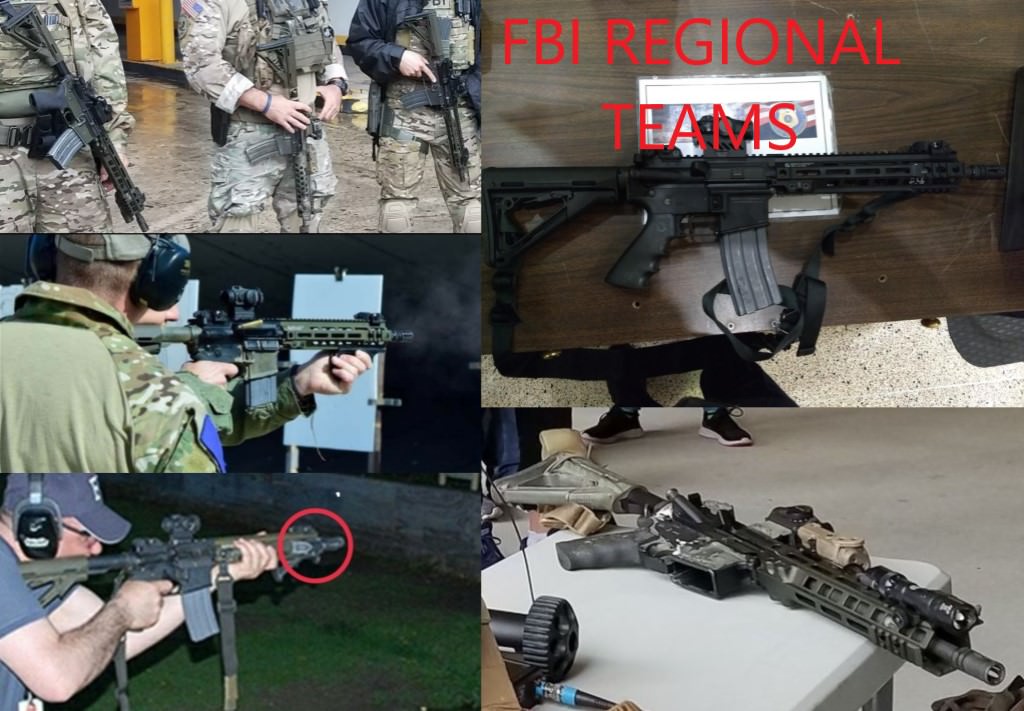 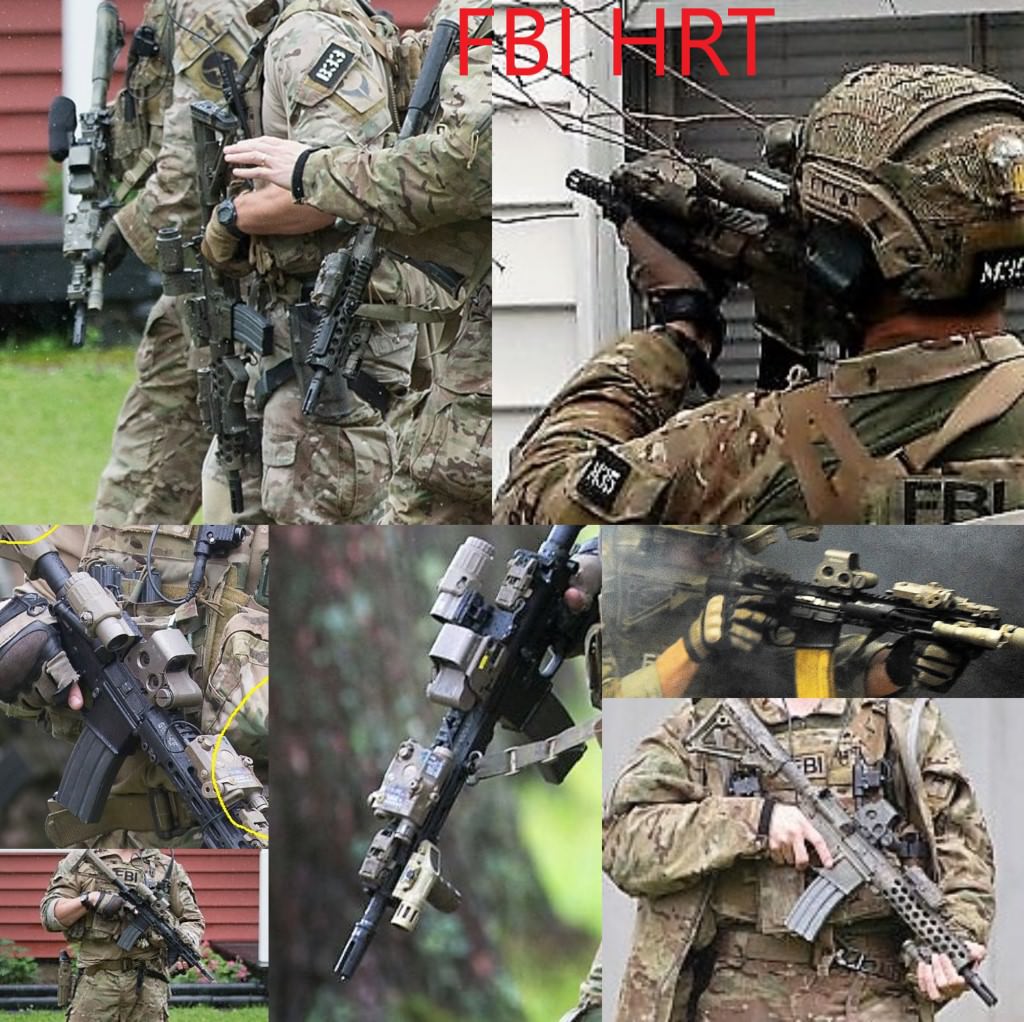 Barrel:  Colt 11.5" barrels &  others since there was already a mix of stuff out there between the different offices, prior to the upgrade starting.
Lower:  Colt/ some older DOJ contract RRA lowers, among others.
Grip:  ERGO/ Hogue/ A2
Upper:  Most of the uppers appear to be Colt marked.
Rail:  Troy and Geissele, seems like the main colors for the MK4 rail are Black and OD, unsure of the others.
Flash hider:  A2 flashhiders/ Surefire/ KAC NT4
Optics:  Aimpoint H1/T1s & H2/T2s are approved, along with the Daniel Defense mounts. The Sig Romeo4 red dot was also approved and is being used by some other federal agencies too. Spuhr mounts for Aimpoints for HRT guns.
EOTech EXPS 3 & G33 Magnifier
Sights:  Troy BUIS/ Magpul MBUS
Laser: L3 AN/ PEQ 15
Stock: CTRs
Sling:  VTAC 2 points/ Magpul MS
Light:  WMLs/ Surefire Scout

Folks generally got a handle on the right parts.

Right now, the FBI has stopped throwing out their T2s/Spuhr mounts because folks are starting to regret replacing them with the ROMEO RDS. Things aren't holding up to abuse and long life. Who knew. You'll see the Aimpoint make a comeback.

Also, nobody in this thread has the right gas block.

Geissele gas blocks are used on the FBI guns, but they are port restricted gas blocks, as in the ports aren't drilled all the way out. We used them in the USMC for some of the souped up M4s, at both 0.072" restricted for 14.5" guns (a bit too small), and 0.068" restricted for 10.3" guns. The FBI uses 0.067" restricted blocks. I think I have one of them stashed away that I never managed to use - might take a photo of it if I can find it. They do a good job keeping gas port erosion from affecting function of the guns as the barrels burn out. Keeps carrier speeds lower, recoil is a bit softer.

They are not sold commercially, or even talked about for that matter.

If you want the same function, take a G block and thread it for a BRT Micro Tune 0.067" port insert.

Lets get this added to the OP.
View Quote

Originally Posted By elucidate:
Indeed. When I said 'not a clone' by that I meant it's a picture of a real upper, sat on a desk in a large regional FBI training facility, not something I made at home.
View Quote

Originally Posted By 3ACR_Scout:
Originally Posted By AZgunner:
I haven't decided if I'm doing the clone correct green rail, or if I'll do the same setup but in all black. It depends on where I'm at in a few months. If I need to give my current rifle back and use the FBI clone on duty, I need to do it in black, as only all black color schemes are currently authorized.
View Quote
A black rifle can be completely clone correct, it would just represent a regular agent's rifle, not HRT or Regional SWAT. This thread started as a result of the interest in the green Geissele Mk4 handguards that showed up on Regional SWAT rifles, but all four Geissele colors are in use by the FBI. People are just (understandably) a bit fixated on the green ones because they look great. That's led to what a lot of people are doing, which is combining the features of the HRT and SWAT rifles into a mixed clone (SWAT green handguard and CTR stock, HRT heavy barrel, and Spuhr HRT Aimpoint mount).

I think it would be great if @ARogueNinja could update the original post to reflect the four FBI variants that are out there (these details are incomplete and could be a little off):

I think this is a grey Mk4 issued to hrt4me but is (I believe) representative of the standard agent rifle configuration. I don't recall seeing any photos in this thread of a regular agent's carbine: