AR-15 » Rimfire and Pistol Calibers
New NFA S-9 Lower (Scorpion mags). Pics and build-in-progress with CMMG RDB (UPDATE 8/25 IT LIVES) (Page 1 of 3)
This is the New Frontier Armory S-9 lower that takes CZ Scorpion mags. It is so new that it isn't yet listed on their webstore and my serial number is in the low single digits (!). I'm one of the first to get my hands on one of these. I'm planning to pair it with a CMMG RDB and Gibbz side charging upper once I get some parts. I'll start with pics and give some info and thoughts on the lower. 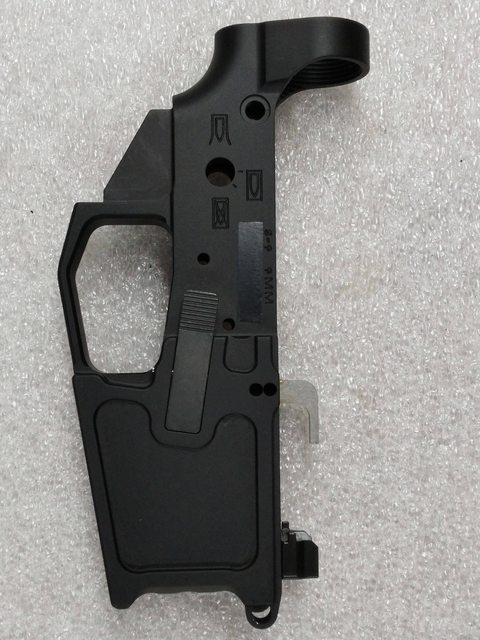 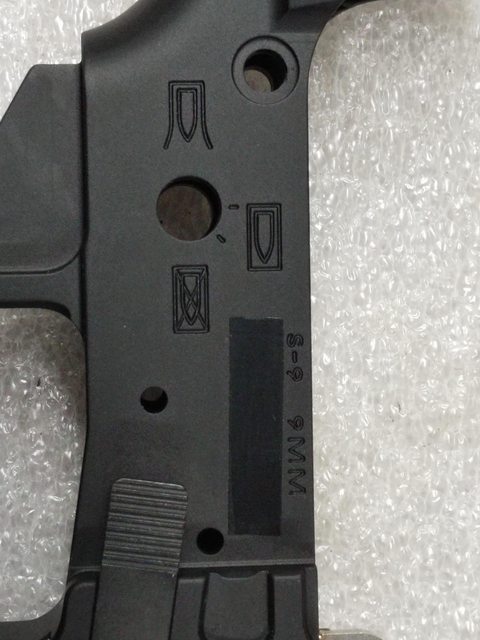 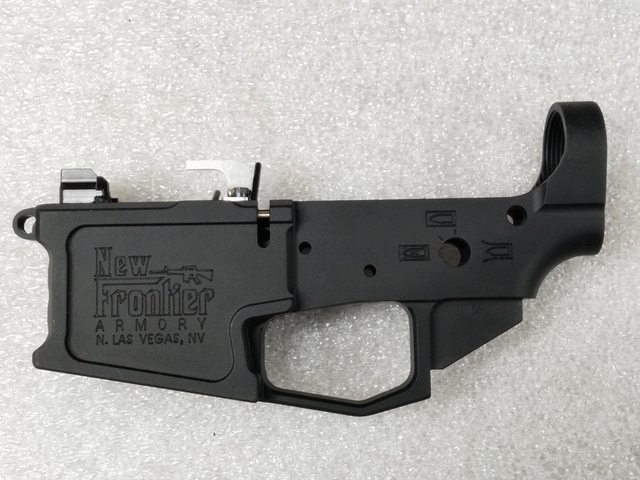 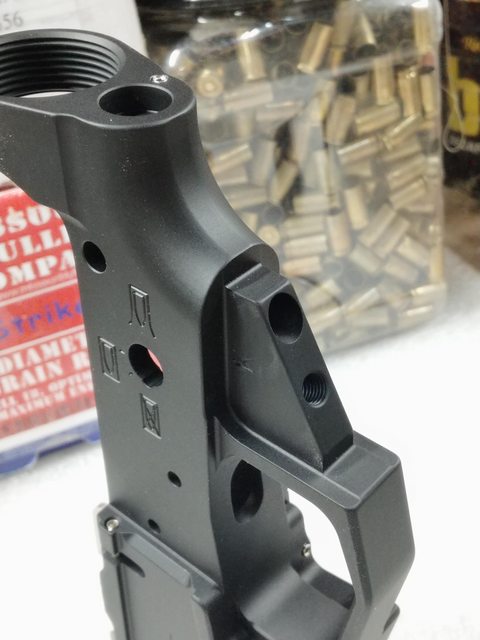 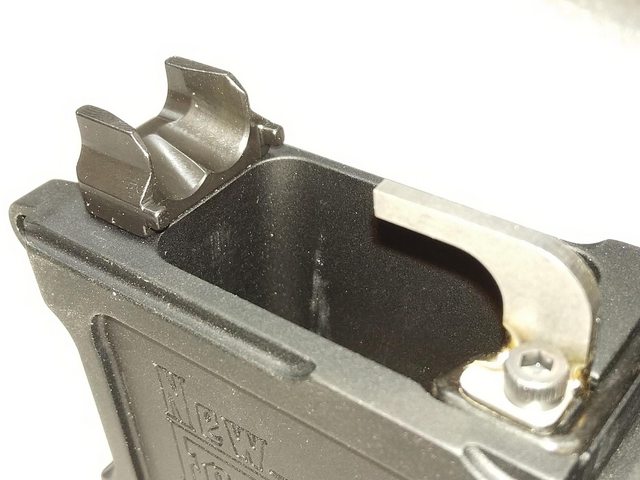 Feed ramp appears to be identical to the one from the C-5 (MP5) lower. 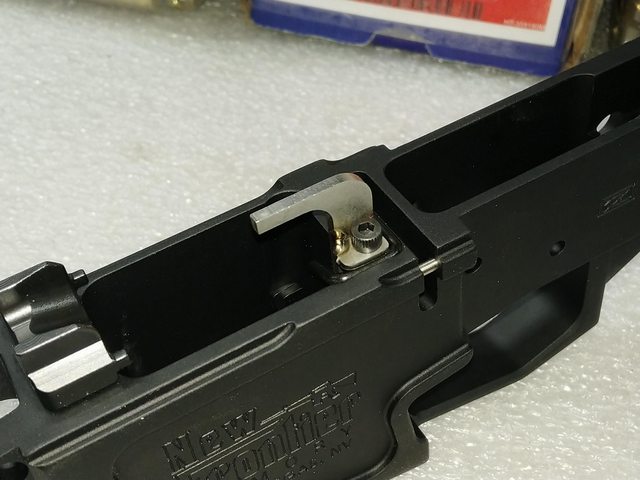 Ejector is secured by two set screws and a machine screw. It also has a tab to contain the LRBHO actuator. 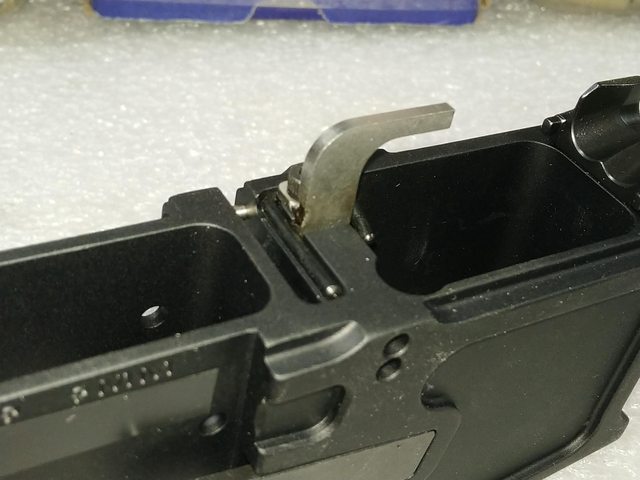 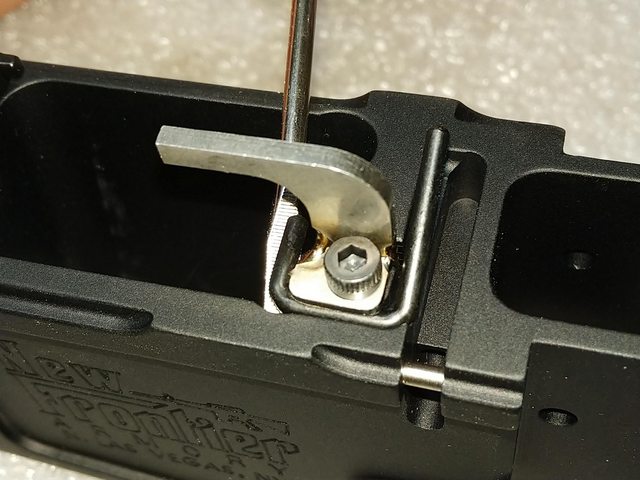 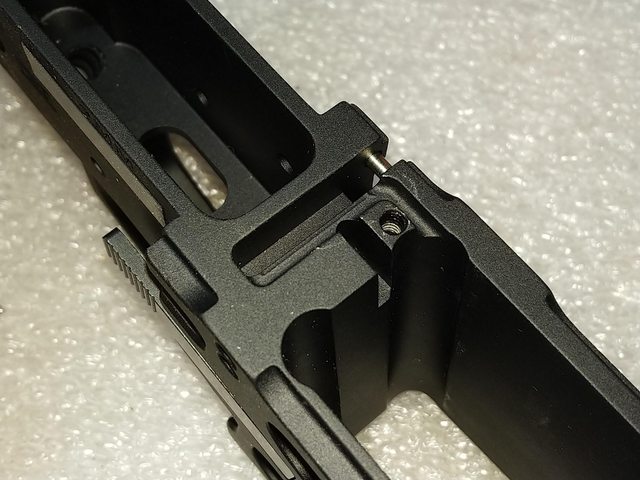 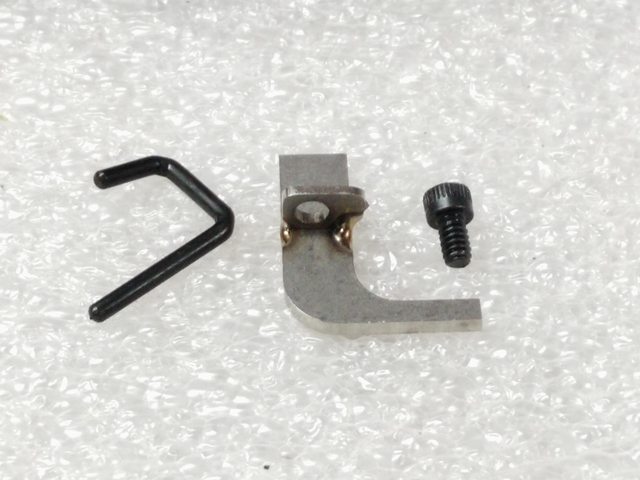 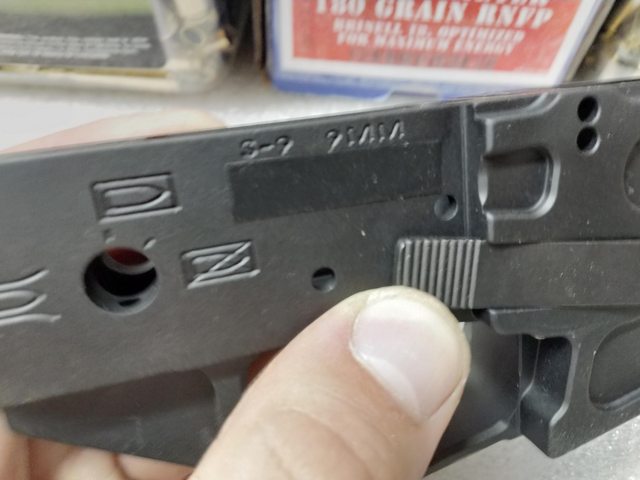 Magazine release in relation to the trigger pin holes. 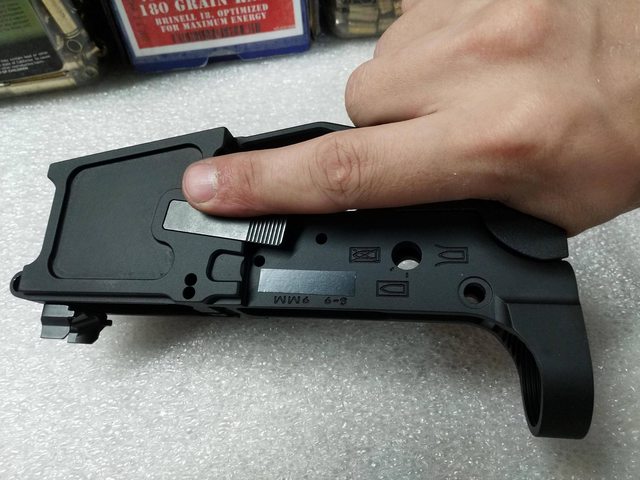 Reach to the magazine release. (I have large hands JSYK) 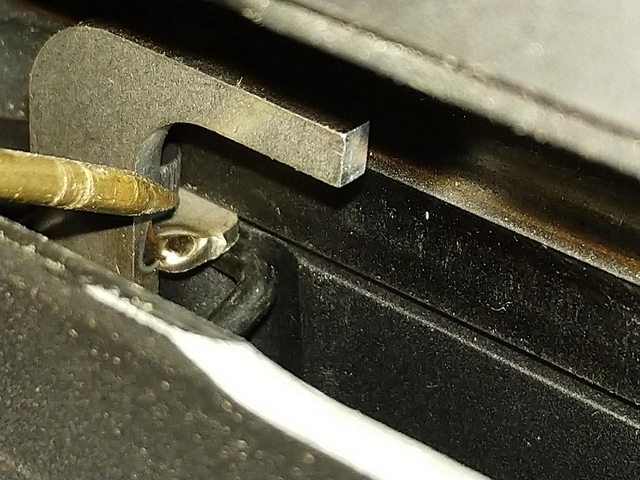 The tab on the ejector interferes with a standard upper receiver. 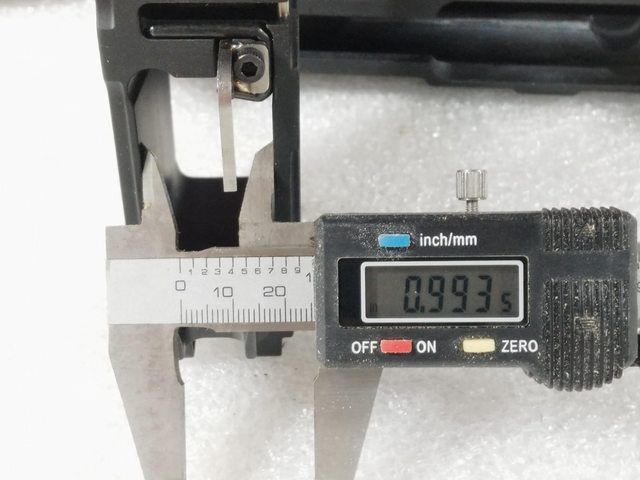 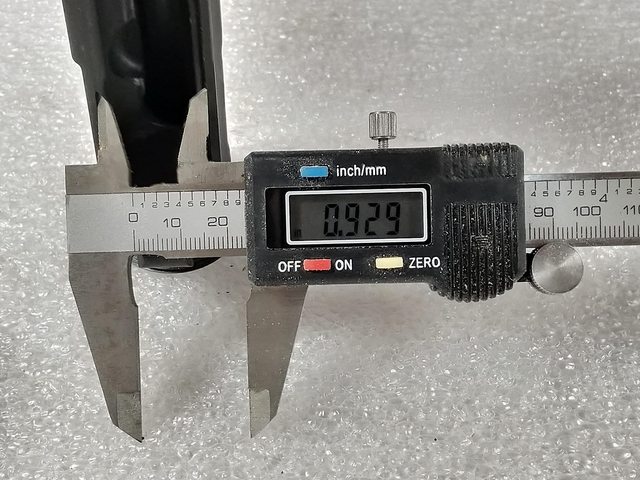 Standard upper would require some modification for clearance of magazines. 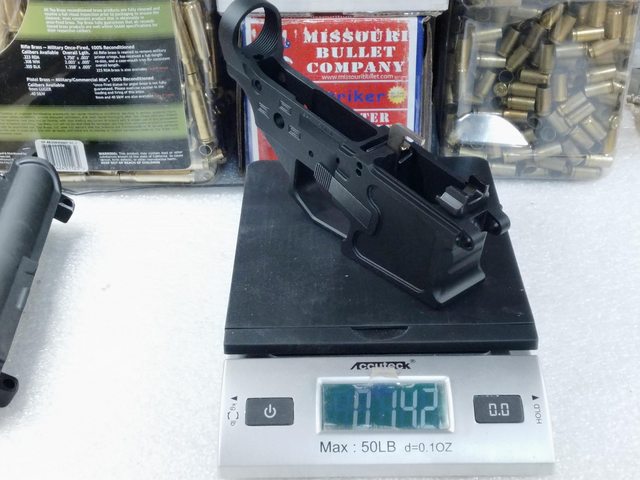 
FURTHER INFO AND THOUGHTS:
Magazine well is tapered.
If you don't want to modify an upper, you will need to use the NFA C-5 or Gibbz G9 upper. However I think it will take less material removal for proper clearance vs the MP5 magazines.
I'm ambivalent about the LRBHO they have come up with. It seems a bit chintzy and I don't like the way it's held in place, but it does allow you to use the standard BHO so I'm okay with it (pending operational tests).
Will not work with Magpul BAD lever or certain aftermarket BHOs without modification due to clearance issues. Honestly this is the biggest gripe I have with the lower.
Magazine release will interfere with anti-walk trigger pins that have a connector between the pins.
The magazine release is REALLY extended. It's not particularly ergonomic for my hand size/preferred pistol grip, YMMV. An AK style release would've been cool, but it's not a deal breaker by any means.
It should be fairly easy to modify to work with the CMMG RDB system. Modifying the feed ramp to clear the bolt will be the biggest thing. Replacing the ejector with a simple piece of bent sheet metal to hold the LRBHO in should be no problem.

Overall I think this will be a fantastic option as the Scorpion mags are the (IMO) best current 9mm PCC mags. I have 4 of the Magpul EV-9 mags coming shortly, so watch out for further pics. Next order of business is to start modifying to work with the RDB system, will post updates. Let me know if you have questions or want any other info on the lower.


UPDATE 7/30
Magpul EV9 mags arrived. There are issues with the RDB setup. 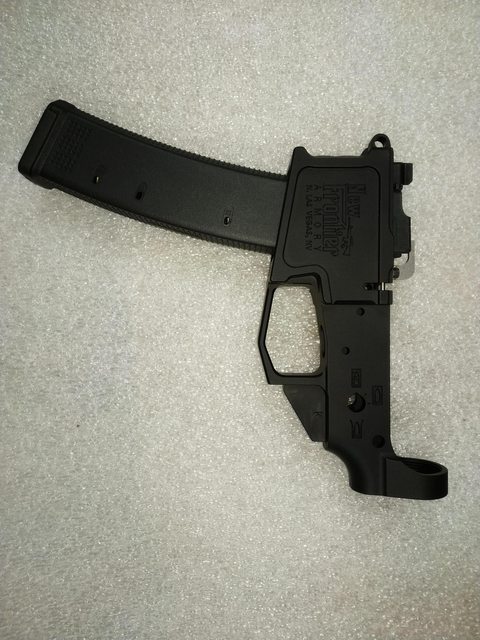 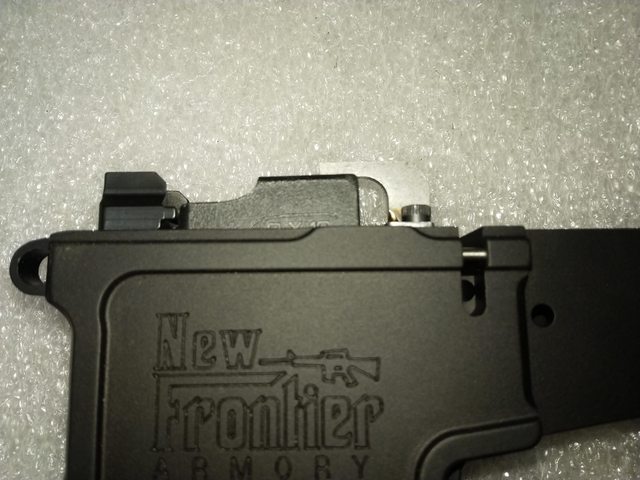 There is no overtravel stop. The intention may be for the relief cuts in the C-5 upper to keep the mags from moving. 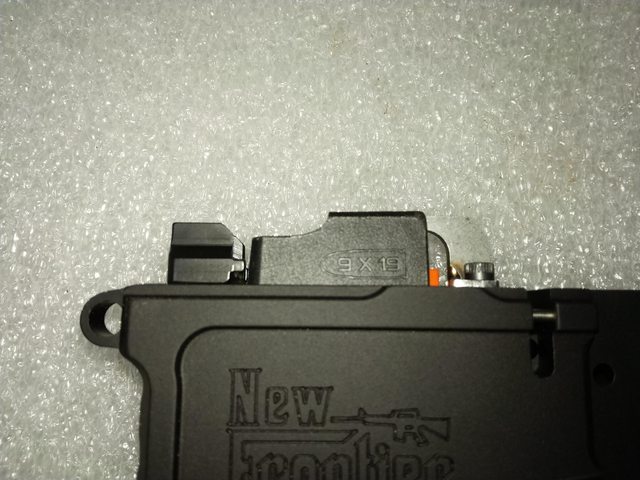 Mag pushed as far up as it will go. 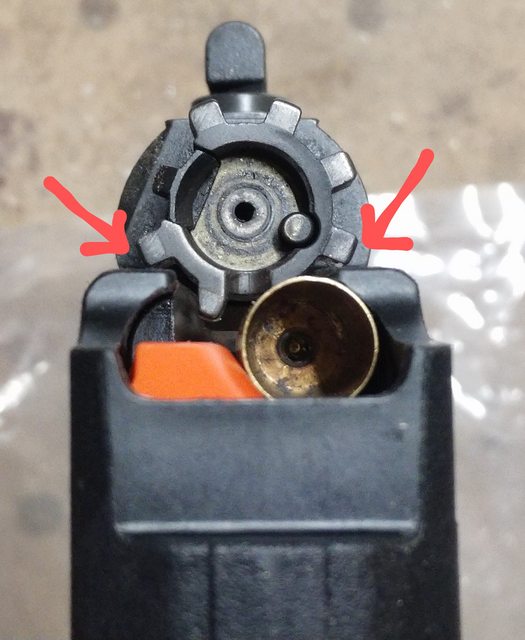 In order for the RDB bolt to ride low enough to strip off rounds, the 4 and 8 o'clock lugs have to be practically sitting on the feed lips. 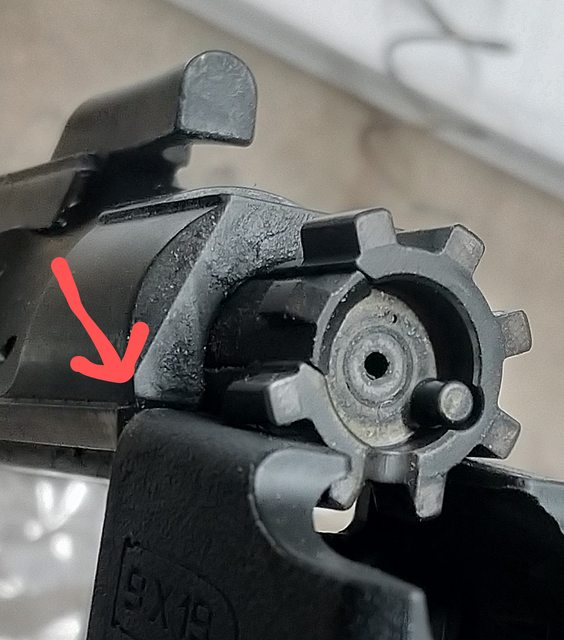 The feed lips will clear the bolt, but the rails on the bolt carrier will run into them. 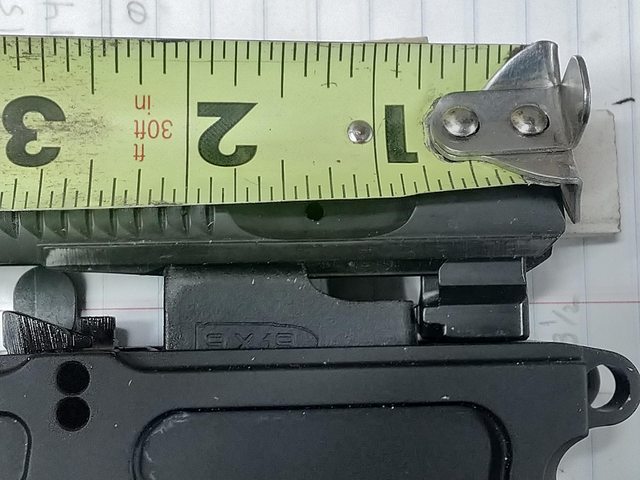 The feed lips on polymer mags are too wide and flat to allow use with the RDB bolt. I contacted Macon to see if the bolt carrier could be modified for clearance, but it didn't sound like that would work due to too much of the rails needing to be removed, potentially causing carrier instability issues. I ordered some of the Manticore Arms mags with steel feed lips, they are much thinner than the Magpuls and may work without modifying the carrier.

FURTHER INFO AND THOUGHTS:
The LRBHO spring needs to be cut down/weakened to work properly, since the pivot points are very close together it loses much of the mechanical advantage.
I'm interested to see if the Mean Arms roller delayed bolt will have enough clearance to use with these mags. That may be the way to go.

UPDATE 8/6
I got some of the Manticore Arms Scorpion mags with metal feed lips, they have plenty of clearance with no modifications needed for the RDB carrier or the mag release. So if you are okay with using just these mags, you can get it running with minor modifications (removing ejector, trimming feed ramp).

Cons:
*Harder to find than any other Scorpion mags.
*Doesn't drop freely.
*3 fewer rounds compared to Pmags.
*Magwell scrapes up the 12 round marker and you can't see it when inserted 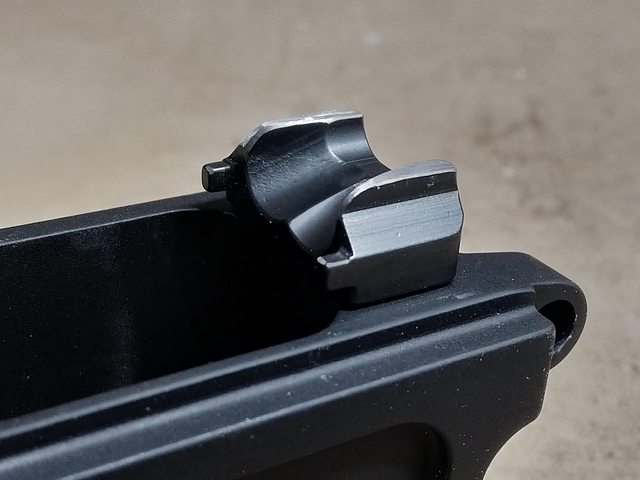 This is the feed lip mod, only necessary to clear the RDB bolt and carrier. I just used a belt sander to shave off about 1/8 and then radiused the edges. 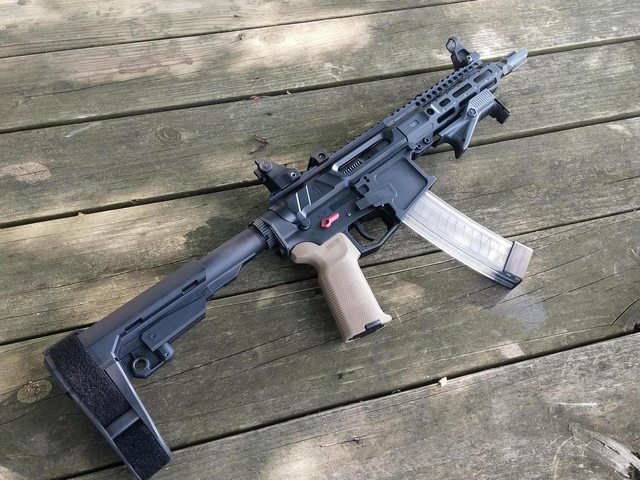 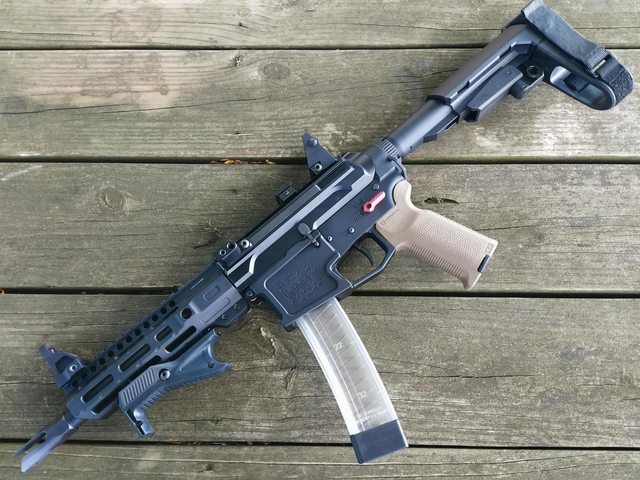 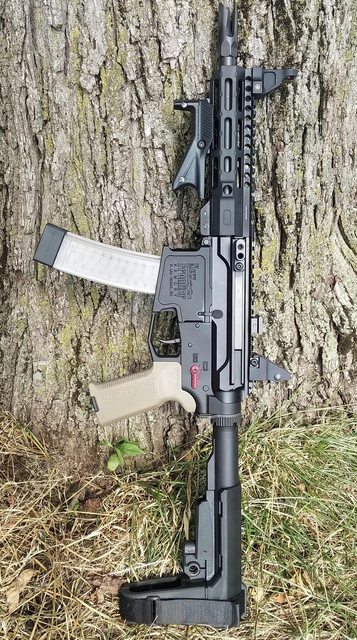 So the Gibbz G47 upper does work. The mag overtravel stops need to be shaved down to clear the feedramp, and a slight relief cut for the LRBHO retainer is necessary. So far it only works with Manticore Arms hybrid mags, will have to see if it can be modified for Magpuls, etc., but it is running so I'm happy for now.