[ARCHIVED THREAD] - Armalite SCHV AR-11 Nomenclature (AR-11 "Stopette"/XAR-15)
The AR-11 Stopette is refered as been based on the AR-3 (Eugene Stoner M7),the AR-3 had a fiberglass drop heel stock and aluminium receiver and it used a normal gas operation as a long piston rod conects directly to the carrier to operate and cam the 8 lug bolt... 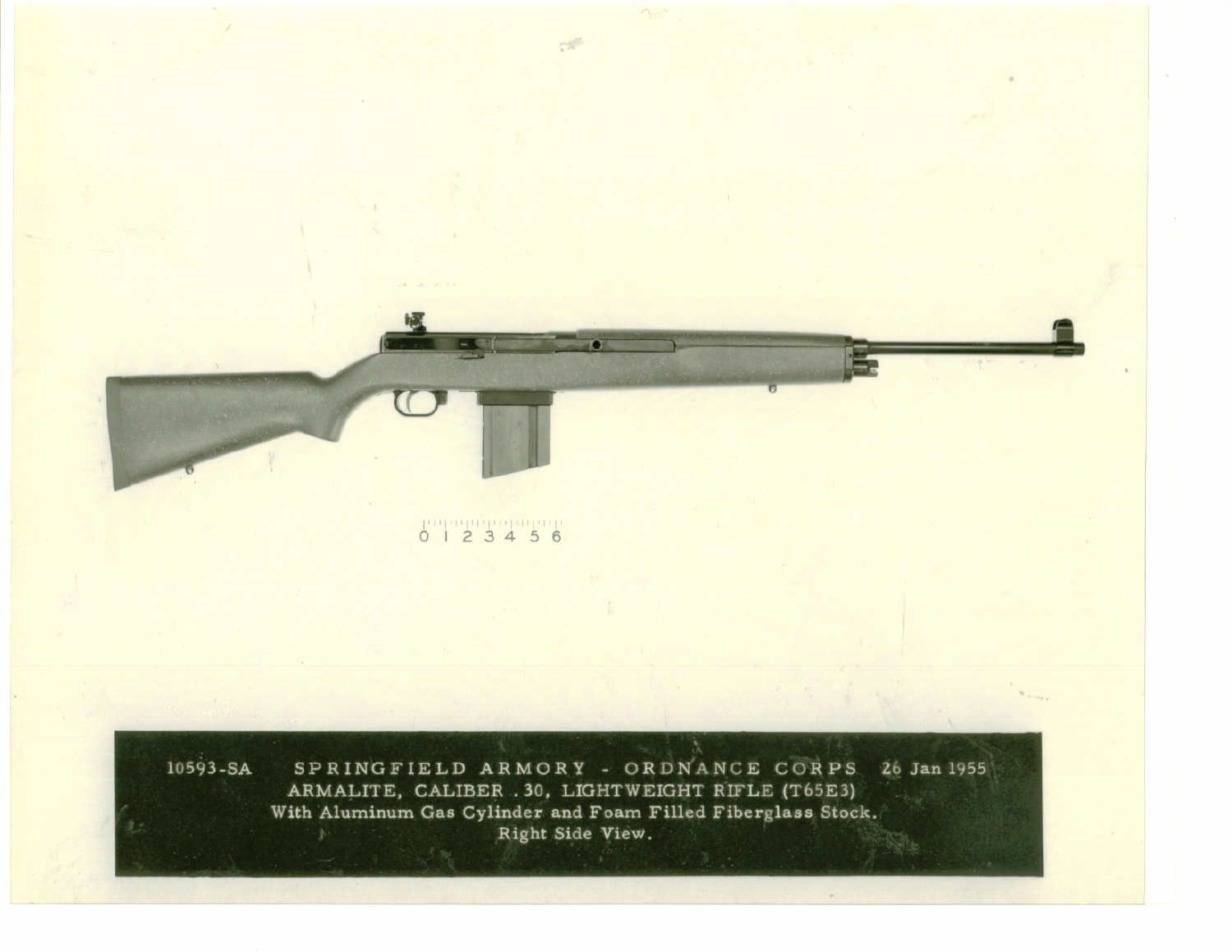 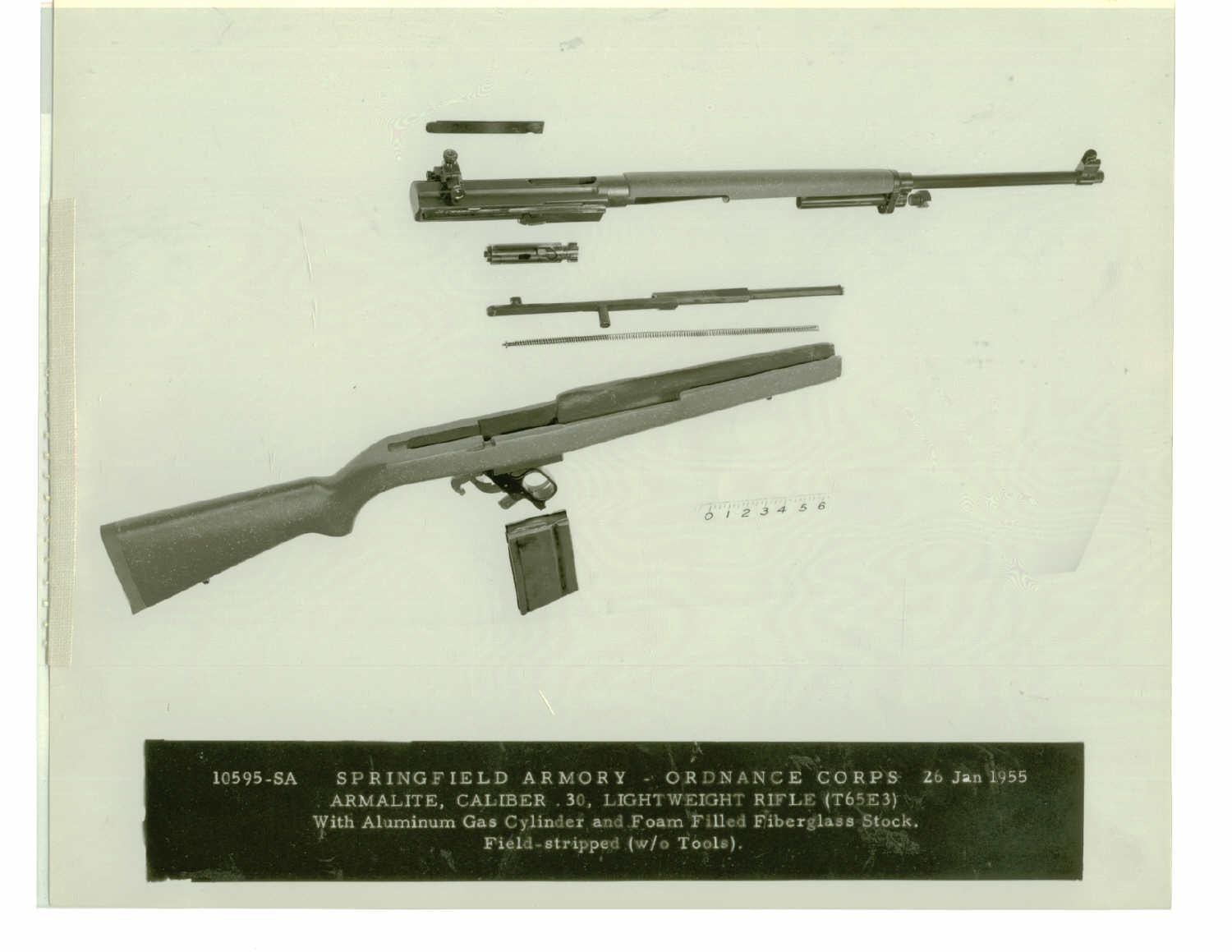 ...the AR-11 Stopette had the same (or similar) fiberglass drop heel stock and aluminium receiver,but it used the same gas system operation as the AR-10,unlike the AR-3...

" Throughout 1957, Armalite designed and tested two prototypes to submit for trials by the Infantry User Board at Fort Benning. The first, which Armalite designers called the
Stopette, had a traditional rifle appearance. It featured a traditional type of drop heel stock,but used the same lightweight alloys and plastics as the AR-10.
The Stopette used the Stoner type method of direct gas impingement operation, also borrowed from the AR-10. However, the Stopette suffered from poor performance in fully
automatic mode, since the high cyclic rate of fire, combined with a drop heel stock, caused excessive muzzle climb and poor controllability."

"At ArmaLite, Stoner is more interested in developing 7.62mm NATO weapons, and is already working on the design of what was to become the AR-12 rifle (the father of the AR-16 and grandfather of the 5.56x45mm AR-18). Sources disagree as to who designed ArmaLite's first SCHV prototype, the AR-11 (AKA: The "Stopette"). Essentially a scaled down version of Stoner's 7.62mm AR-3 rifle chambered for the commercial .222 Remington, the AR-11 is alternately credited to 'Doc' Wilson and Robert Enewold (who is also credited with the ArmaLite/USAF AR-5 .22 Hornet aircrew survival rifle). The AR-11 proves to be too light, which combined with a high cyclic rate and the requested conventional stock, leads to difficulty in controlling automatic fire. Ultimately, the AR-11 prototype is wrecked when its barrel extension fails during testing. It is later claimed that the barrel extension was scaled down too far, weakening it. Remembering General Wyman's favorable bent toward the AR-10 design, ArmaLite had also begun work on a scaled down version of the rifle. But this design, credited to John Peck, also uses the same small barrel extension as the AR-11. After the failure of the AR-11's barrel extension in testing, work is discontinued on Peck's design. Robert Fremont and L. James Sullivan are eventually tasked with starting from scratch in scaling down the AR-10 to .222 Remington."

This John Peck prototype,as it was discontinued due to having the same barrel extension problem as the AR-11 Stopette,was it ever a real physical prototype or just a drafting project that never left the drafting table?