Urge Gov. Ron DeSantis to use his office as a bully pulpit to put pressure on our Republican lawmakers to support Pro-Gun Legislation.

PLEASE COMPLETE THE EMAIL THAT THIS LINK GOES TO. IT HELPS SEND GOV. DESANTIS THAT GUN OWNERS WANT FLORIDA TO HAVE CONSTITUTIONAL CARRY.

On March 11, we sat down with Gov. DeSantis' staff and discussed the very issues you have emailed me about.

So what did we present to his staff?

We discussed how Florida should be passing a solid Second Amendment Sanctuary laws and how as Governor, he should be spending political capital in supporting legislation like HB 123 (Constitutional Carry) and HB 6001 (Campus Carry).

Currently, those bills are languishing in the House's Criminal Justice & Public Safety Subcommittee. We emphasized that without the Governor's support, those bills will not move forward.
I
We also brought up how there have been a number of gun companies fleeing oppressive states and that Florida should be having them move here. But the most shocking thing, is that we have gun companies in Florida leaving for other states. 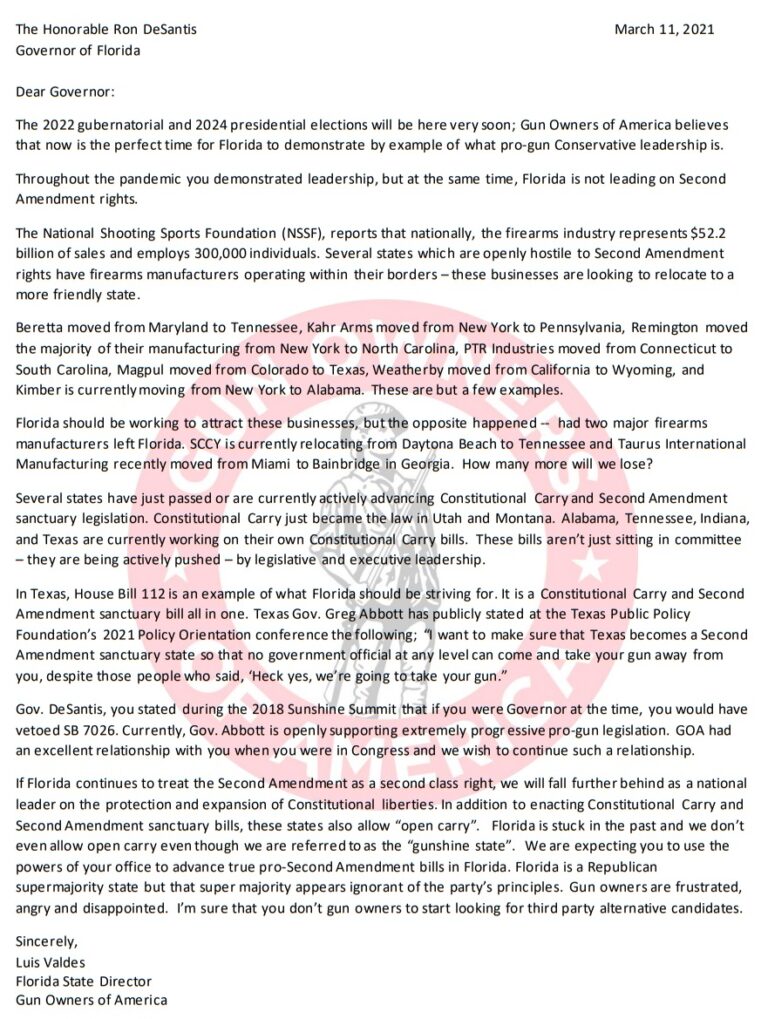 Also, the State Legislature is currently in Session. Right now, the Republican Speaker of the House, Chris Sprowls and the Republican Senate President, Wilton Simpson are looking to kill Constitutional Carry in committee.

Urge your FL Lawmakers to Co-Sponsor & Vote in Favor of all Pro-Gun Bills.

THIS EMAIL GOES TO ALL THE LAWMAKERS IN THE STATE. THEY NEED TO BE PRESSURED.

I spent the first week of Session handing these letters out to the lawmakers. 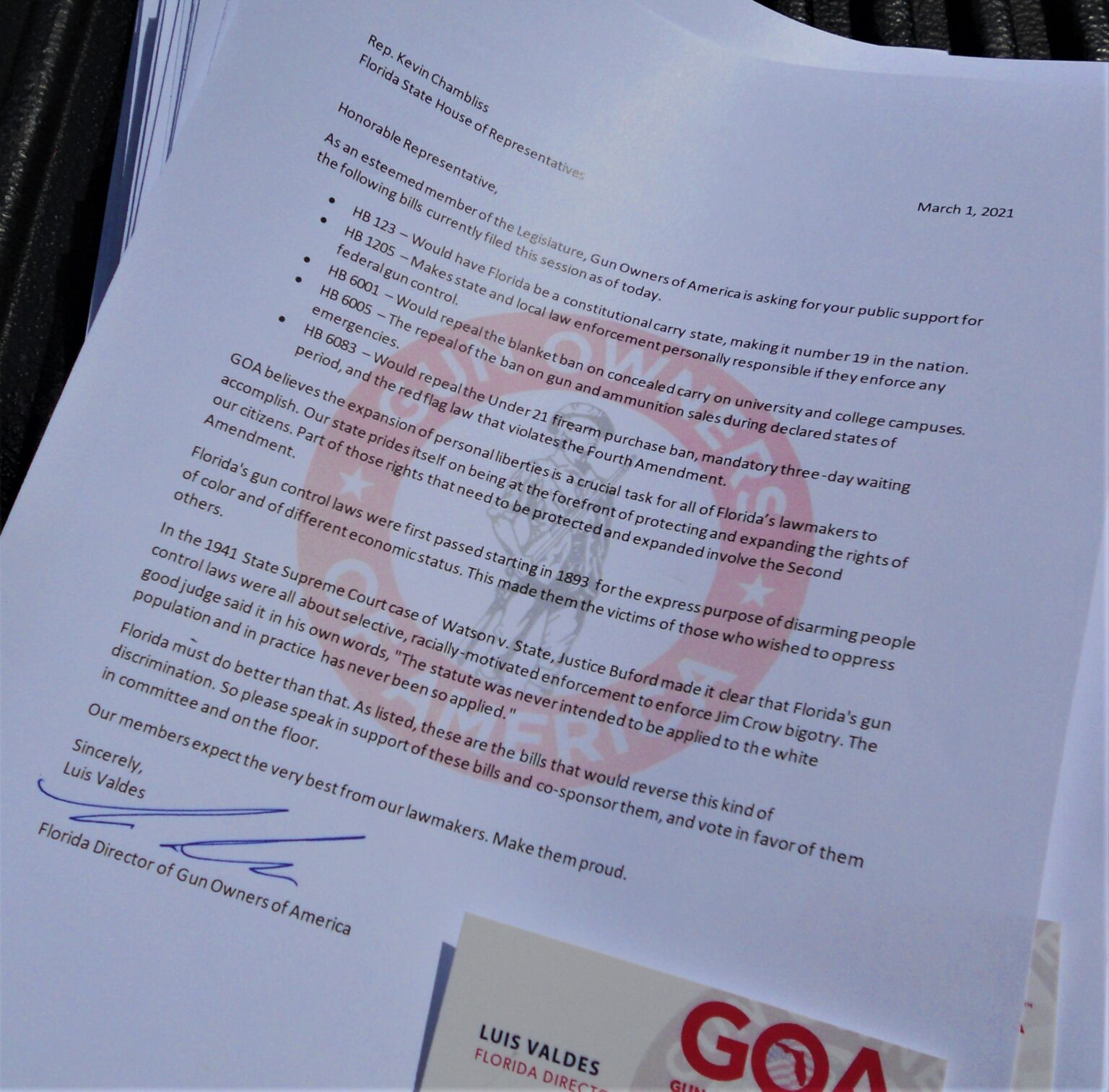 With the Capitol closed due to COVID-19, it wasn't easy. 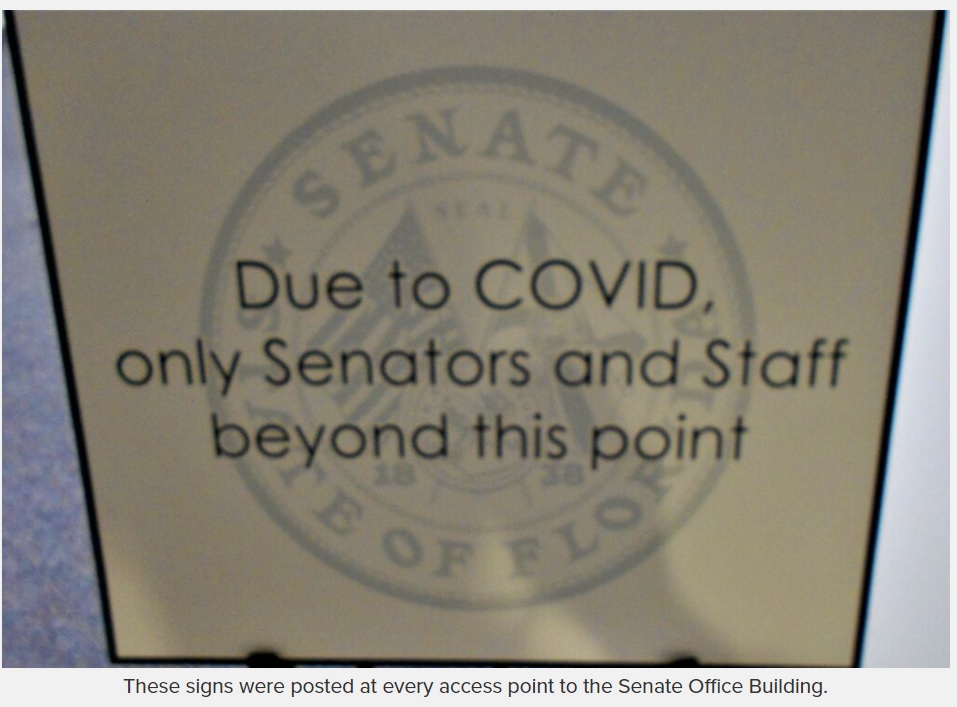 The Sergeant at Arms Office literally is removing people from the Capitol. I had to mail out the rest. 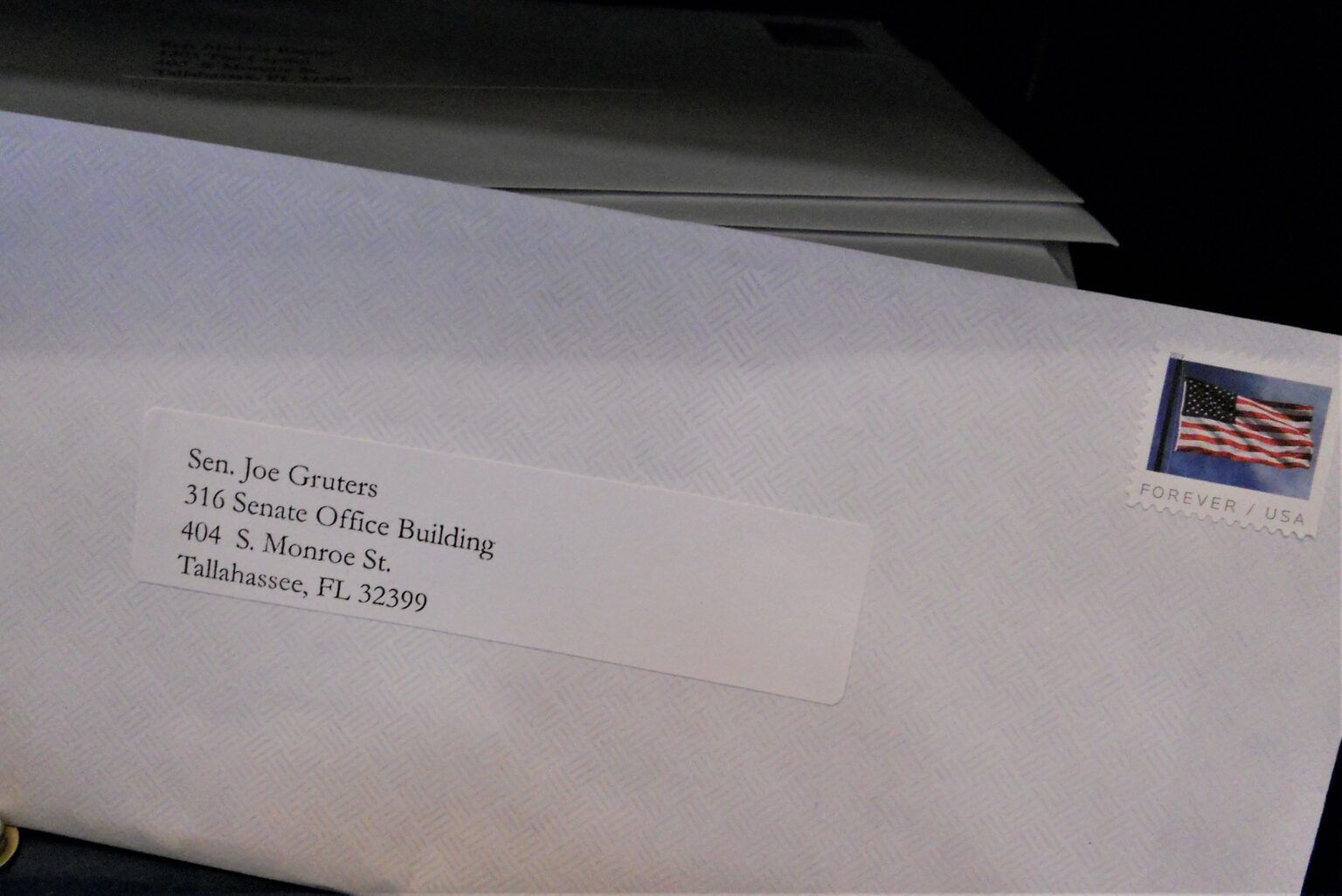 But the more the Governor and the Lawmakers hear from you. The better chance Gov. DeSantis will use his office as a bully pulpit and openly support Constitutional Carry.

Right now, Tx Gov. Greg Abbott is cleaning his clock when it comes to opening the state back up and backing pro-gun legislation.