AR-15 » AR Discussions
GO TO RIFLE, PISTOL or SBR- IMAGES and DESCRIPTION's of your choice Duty or SHTF AR (Page 1 of 52)
You Must Be Logged In To Vote

Old Poll [1 Votes]
FEEL FREE TO POST MULTIPLE FIREARMS IN SEPARATE IMAGES, heck, you might have 4 or 5 GoTo AR's!
Lets see images and discuss our best AR's, the ones we trust 100%. Tell us why this particular AR rifle, sbr or pisol is your SHTF or DUTY GoTo.  If you're at all like me, you may be collecting a lot of different AR's.  This may be due to the current political climate, the rush of training or maybe simply because you think the AR is one of the best firearm designs ever conceived.  Personally, I could never own too many AR's and hope to continue to add to the collection.  That being said, I do have my favorites.  My GoTo, must haves.

Mine is an LMT MRP.  At 14.5'', it is short enough to wield in confined spaces and also capable of making accurate shots out to 500yrds.  It is Night Vision ready, carries a good flashlight and is equipped with an illuminated 1-4 LPVO.  At 9.5 lbs with spare batteries, spare bolt parts and a bipod, I am comfortable carrying it with a sling for extended periods of time.  Most importantly, I have encountered very few failures and it is accurate.  I try to end most range days and training sessions with a minimum of one Mag fired from this rifle to maintain my familiarity and confidence with it.  I also have a spare 10.5'' barrel which I plan to run Suppressed.  I think the MRP platform is extremely durable and relatively accurate, especially when used in conjunction with an LMT Enhanced BCG.  There is a level of sacrifice in regards to weight, but in my opinion, the pros far out weigh the cons.  I may change to an M-LOK Upper in the near future to shave a few OZ's.
MANY CHANGES HAVE COME 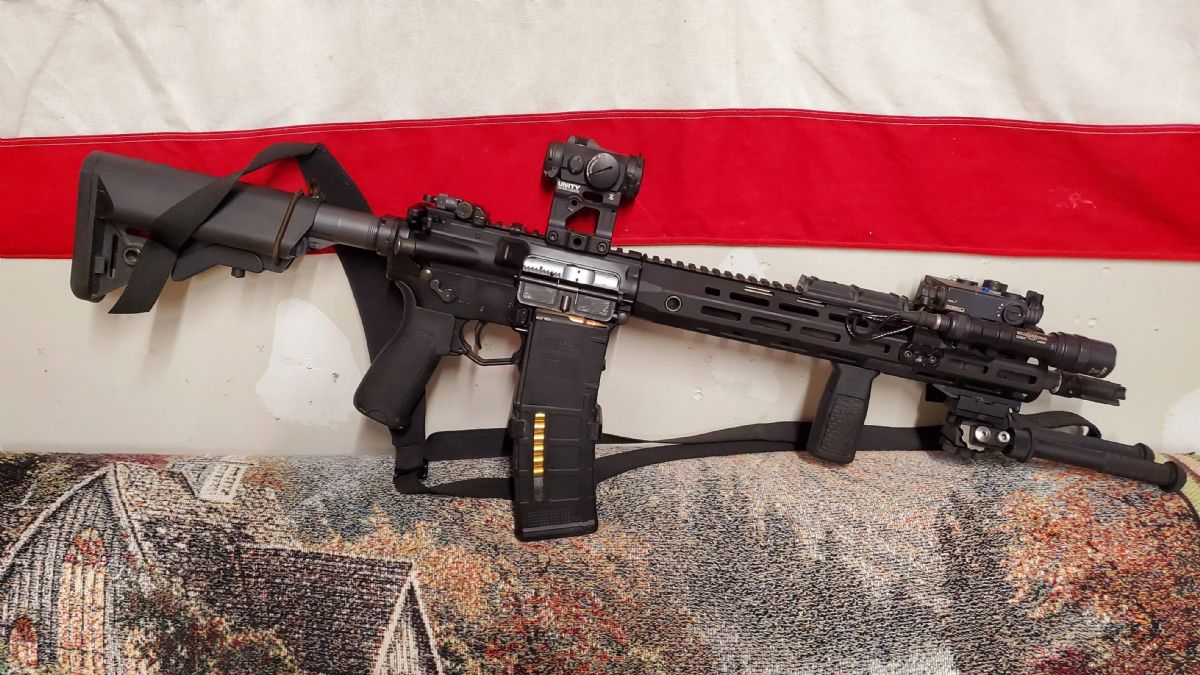 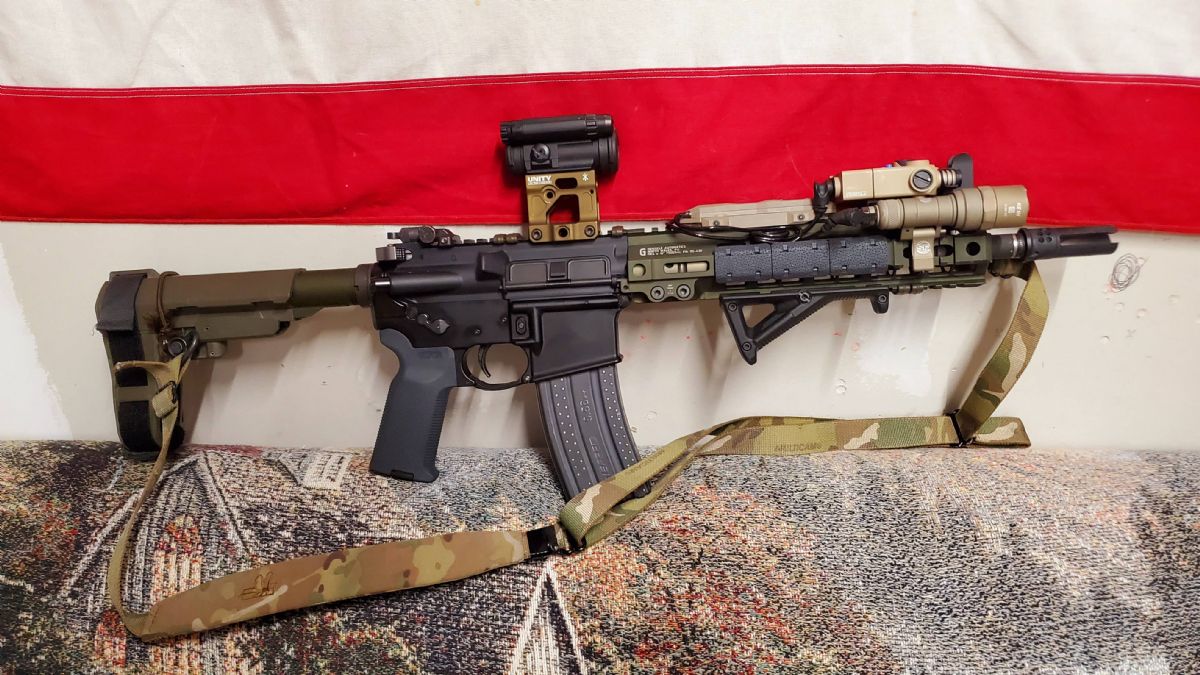 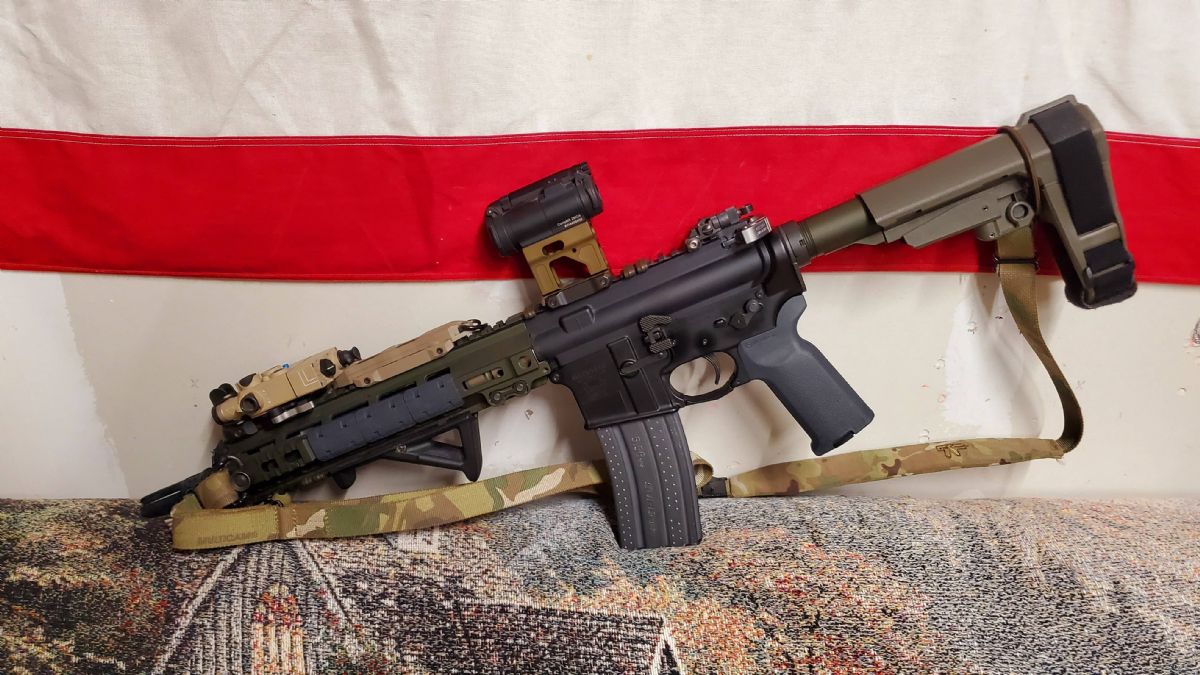 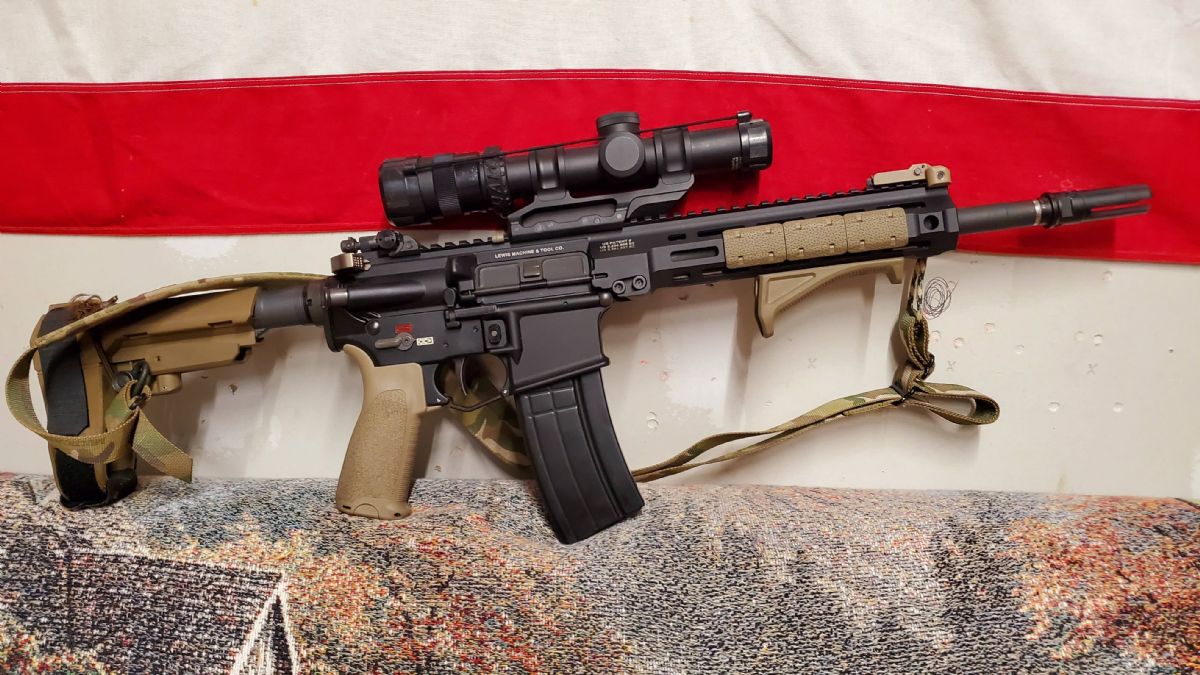 Don't tread on Me
NRA Life Member
GO TO RIFLE, PISTOL or SBR- IMAGES and DESCRIPTION's of your choice Duty or SHTF AR (Page 1 of 52)