Outdoors » Hunting Dogs
Evolution of a Gun Dog You Probably Won't Come Across Elsewhere
Or: Can I Train a Functional Bird Dog?

We brought Sherman out of Georgia this past weekend, after an adventurous thrilling ill-conceived and poorly planned road trip -- the idiot who thought leaving Minnesota at 1:00 PM on Friday to pick up a dog in Georgia at 11:00 AM on Saturday should be flogged...

Anyhow, Sherman's a 15-week old Wirehaired Vizsla.  WVs are pretty rare dogs, with only a few thousand of them around the world, and were developed in the inter-war period in Hungary by crossing German Wirehairs with the regular flat-coated Vizsla.  He'll be about 60lb when he's all grown up, with a beard and eyebrows. 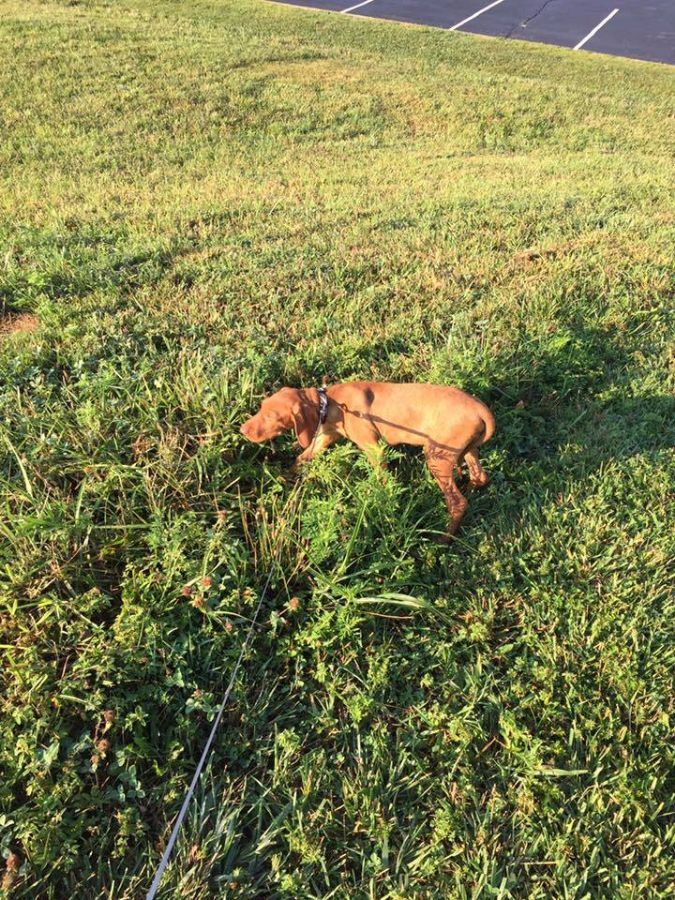 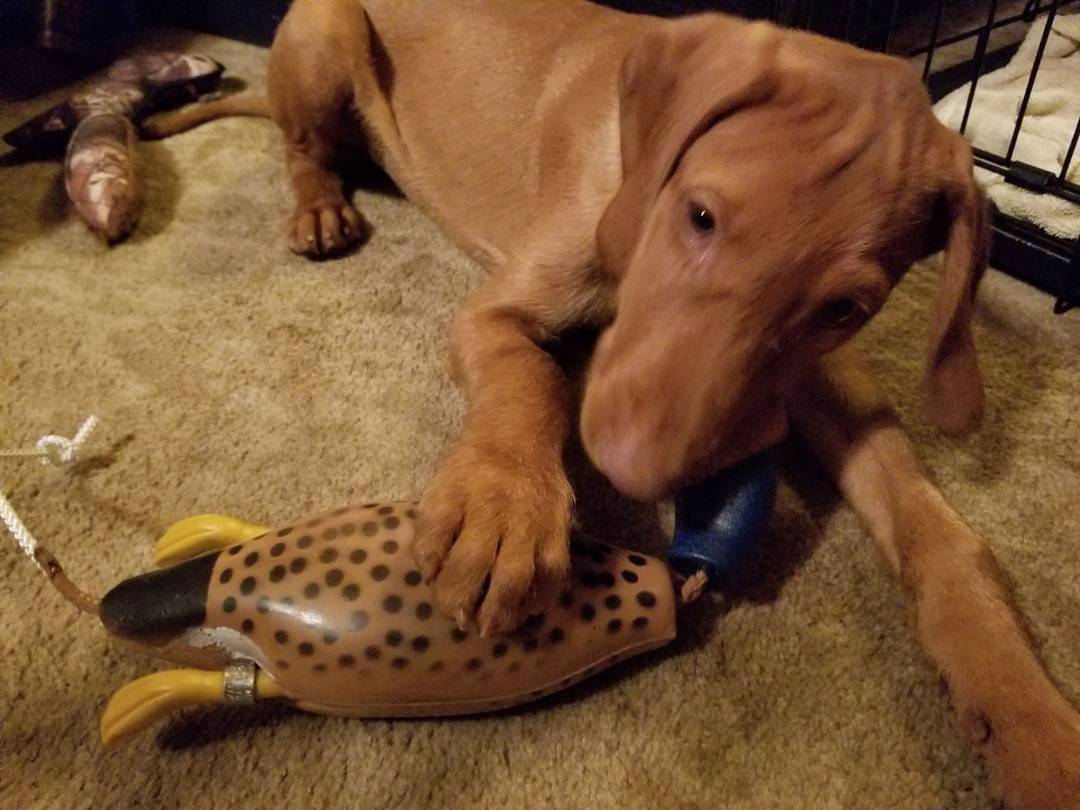