Thanks
Life member, Endowment NRA, Life member TSRA. Eagle Scout Class of 1978.
And it looks like the charges are back.....

ALBUQUERQUE, N.M. — Steven Ray Baca is once again charged in the shooting of a demonstrator at a protest last month.

Baca, 31, had been charged with aggravated battery with a deadly weapon after video showed him shooting and critically injuring Scott Williams, who had been protesting for the removal of the Juan De Oñate statue from the Albuquerque Museum on June 15.

However, a couple of days after Baca was arrested, District Attorney Raúl Torrez announced he was dropping the charge related to the shooting due to flaws in the initial investigation by the Albuquerque Police Department. The case was turned over to the New Mexico State Police.

Baca was charged instead with one count of aggravated battery, two counts of misdemeanor battery against other protesters and carrying a firearm without a concealed carry permit.

At a news conference on Monday, Torrez announced his office has amended the charging document once more and Baca is again charged with aggravated battery with a deadly weapon.
View Quote

Quote History
Originally Posted By mattjedi:
And it looks like the charges are back.....

https://www.abqjournal.com/1475487/charges-refiled-against-baca-in-protest-shooting.html
View Quote
Sounds like we're about to find out if justice & truth are still alive.

How will a jury of his peers see this incident?

May you live in interesting times. Thanks

He could probably use assistance. Michelle Malkin (

) did a telethon for him. 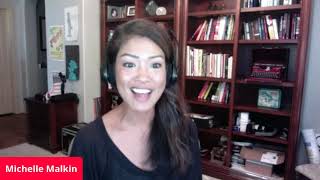 Failed To Load Title
https://www.youtube.com/watch?v=_wSiVDeoE80
That is a very logical and clearly stated opinion. Just a hint: that's not really what we do here -- Cyborg543

Quote History
Originally Posted By Allen-in-NM:
Not a whole lot going on in the case.  There is a pretrial conference set for April.  The only mildly interesting thing that took place is that all the firearms seized from other individuals on the evening of the shooting, have been ordered to be released to their owners.  I'm sure some would have assumed those firearms would have never been released by Albuquerque Police Department.
View Quote
That is interesting.  I assume they kept the pistol from the good guy/ shooter.
Life member, Endowment NRA, Life member TSRA. Eagle Scout Class of 1978.
bump
GOA MEMBER, NRA Life member Endowment , Life member TSRA. Eagle Scout Class of 1978.
Not much new going on.  Trial has been pushed back until October.

Quote History
Originally Posted By Allen-in-NM:
Not much new going on.  Trial has been pushed back until October.
View Quote
That should be interesting..

Being i think the shooter was in the right.
GOA MEMBER, NRA Life member Endowment , Life member TSRA. Eagle Scout Class of 1978.
Is there any news about the condition of the guy shot at the statue in Albuquerque.