[ARCHIVED THREAD] - Show and Tell - Custom Manurhin MR73 by Dave Laubert (Defensive Creations)
First, before I get into this, apologies for the long post, but I wanrted to walk you all through my journey!

Around a year ago I posted a MR73 revo I snagged off GB in the group. The MR73 was a police trade in that looked a bit rough on the outside, but mechanically was in perfect working order! At the time, I was really excited to get it, but I knew it was only a matter of time before it went off to someone to get some special treatment. Once I got the gun and made my mind up that I was going to get work done on it, I called several friends and asked who they thought I should sent it to. Four names came up right away... Ted Yost, Karl Beining, Dave Laubert, and Brandan Bunker.

Because I am friends with Brandan (and know his work well), I called him first... he told he he was not doing any work on anything other than 1911's these days and that he just did not have time. I knew if I bugged him enough, he would likely do it, but... why not call the others on the short list and see how the experience would go.

Second, I called Ted. Ted flat out told me he had no desire to work on an MR73 and currently he was only working on Smiths (and maybe Colts if I remember correctly). Either way, Ted said no but did recommend Karls work.

From there I called Karl and we spoke for around 30 mins. He was a real gentleman and we had a nice conversation about the MR73. During the chat, he told me the turn around time would be a bit longer than I wanted to wait. I told him I was going to call Dave and chat with him and make a decision from there.

Last on the list... Dave Laubert. I had never heard of Dave Laubert until I got to listen to him on a Primary and Secondary Modcast. From there his name kept coming up so I decided to really look at what he was doing. At the time, he had just finished up the two gun revo set "spinny twins" which I thought were lights out. I had heard guys like Steve Fisher talk about Daves 1911 work. My chat with Dave was fantastic... He may be one of the nicest dudes Ive ever spoke to (for real). I could tell his revo build philosophy was different than Karls, and he had me intrigued. I asked about wait time, and initially it was much much faster than what Karl told me.

From my chats, I knew if I went with Karl, the revo would be stellar... A spin on a classic revolver, refined to the last detail! I knew Karl would take the thing, do his magic, have it re-engraved, and have the thing looking better than ever. With Dave, I figured the some of the finer detail might get lost, but it would be as if someone took a classic and made it into a modern day fighting weapon... a straight hot rod! Like 69 Camero with a 2020 Corvette ZR1 engine in it.

Whether the above is 100% true, this was what I took away.

Ultimately, I decided to go with Dave... literally it was a total coin flip... So, I sent the revo to dave and thought I was headed into a project with a 90 day turn around. As with all custom work times get messed up, things happen in life, and 90 days turns into a year. Oh well... Its the way it is in custom guns

So thats the back story.

Once I sent the gun to Dave, I told him my vision of the gun and then said, other than the initial thoughts, do your thing, just keep me looped in! It seemed like he was pretty much excited to get into the project and he definitely brought me in on the details as he was going (which was awesome). Because I am a very very meticulous person, I often times expect perfection when it comes to my guns. I am always very upfront about this... and either the smith tells me that he's probably not the guy to do the work (which tells me I don't want him doing the work), or he assures me he will be making sure there are no short cuts taken.

The guidelines I gave Dave were as follows: New rear sight, Gold Front sight, trigger work, adn for him to do whatever the hell he wanted to it! I told him that I wanted his spin on a full blown modern day fighting revo... and that exactly what he did! Some of work done is below:
Remove and shorten barrel from 4" to 3" and resinstall
Crown Barrel
Slab Side Barrel
Recut forcing cone on barrel
Machine to accept new front sight
Make new front sight, Serrate, and install 14k .080 gold bead
Machine receiver to accept one off custom rear sight
Make new rear sight
Chamfer charging holes
Full trigger work
Case Color hammer and trigger
Remove all roll marks from gun
Complete polish on flats and matte blast rounds
Nitre Blue screws

As you will see from the pictures, Dave started a rear sight on the revo... He asked me what I thought. I was very honest and told him I was hoping he could fill in the old channel that was used for the rear sight. He told me he did not think so... and literally the next day he said he liked the idea and worked his magic.

From there he started his work and as you can see from the pics, he sent me a ton of progress shots! I was very impressed and happy that he did as I wanted to share

So, here you all go... The original gun, the progress pics, and the final product (when I get the revo back this week, Ill post more close up pics). Would love to hear everyones feedback!


Here are some pics of the original gun as it came from GB: 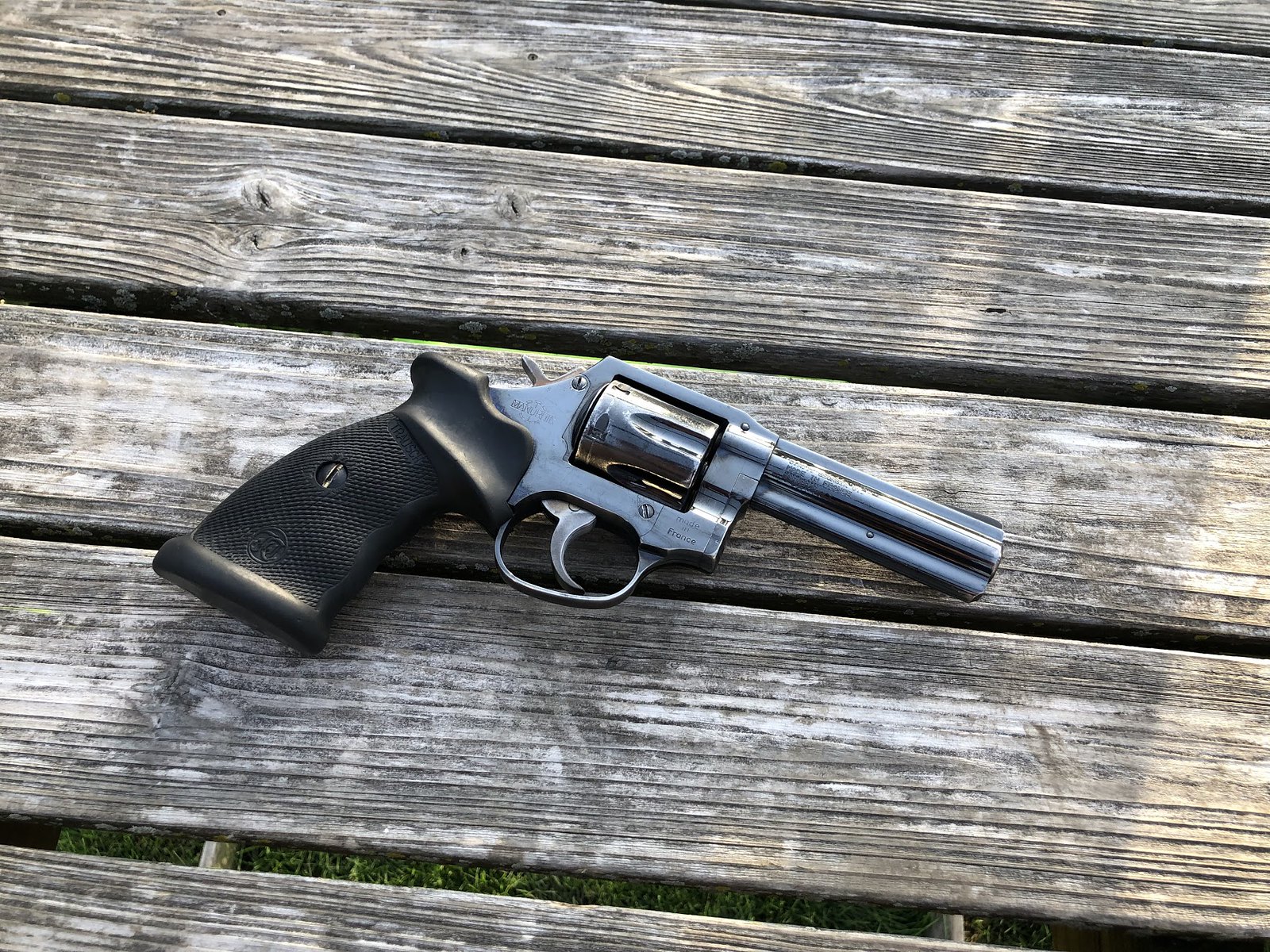 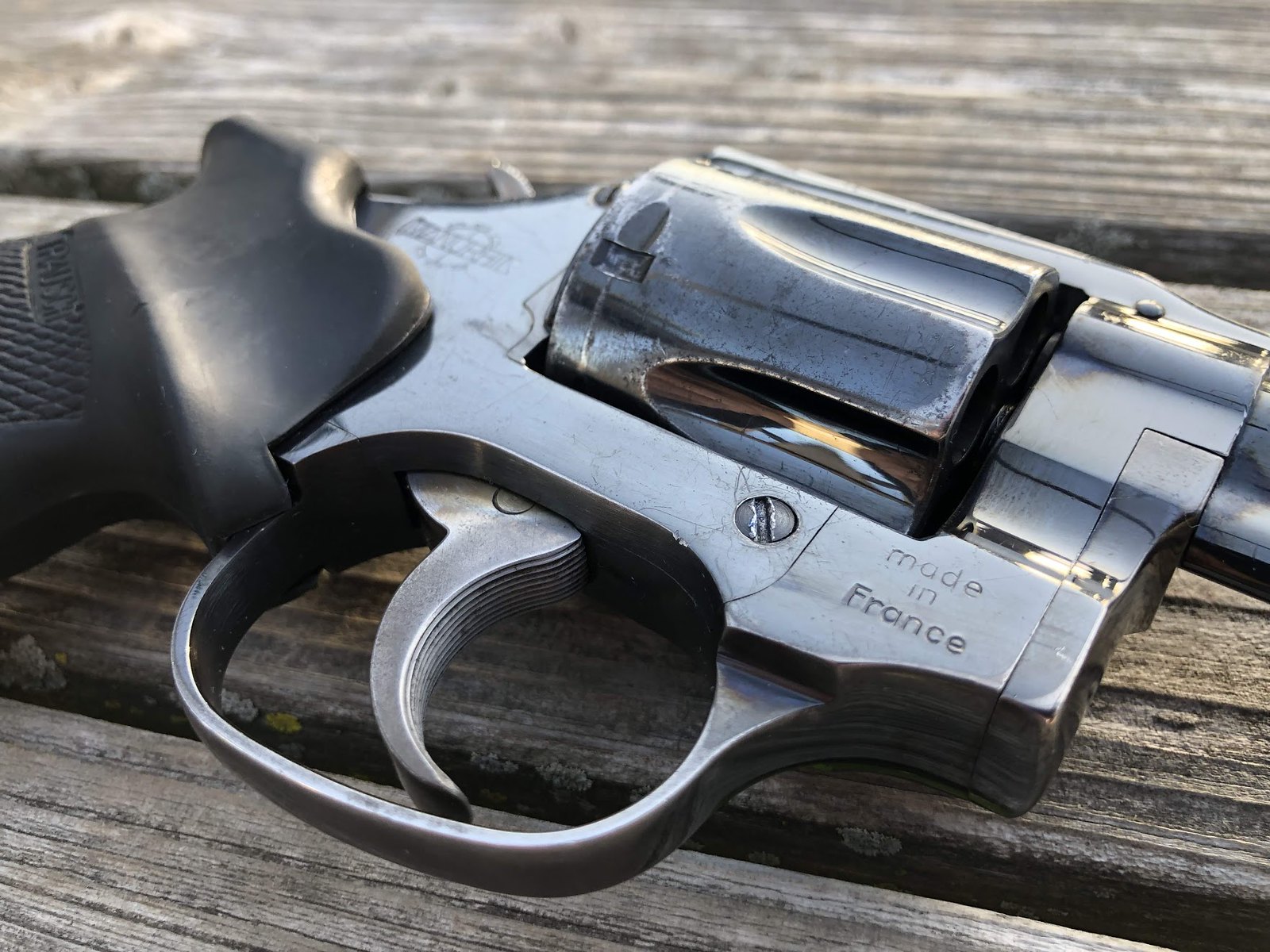 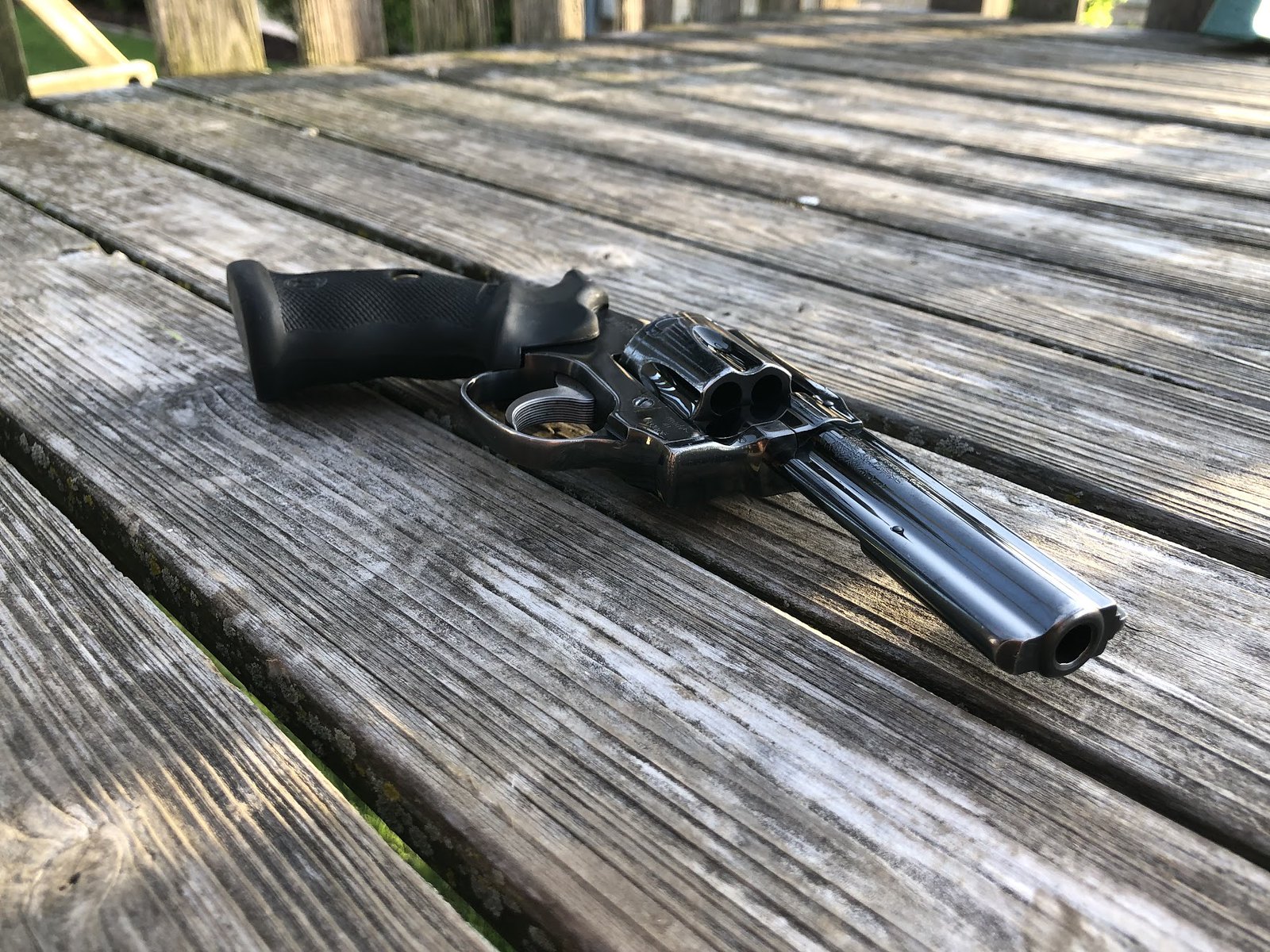 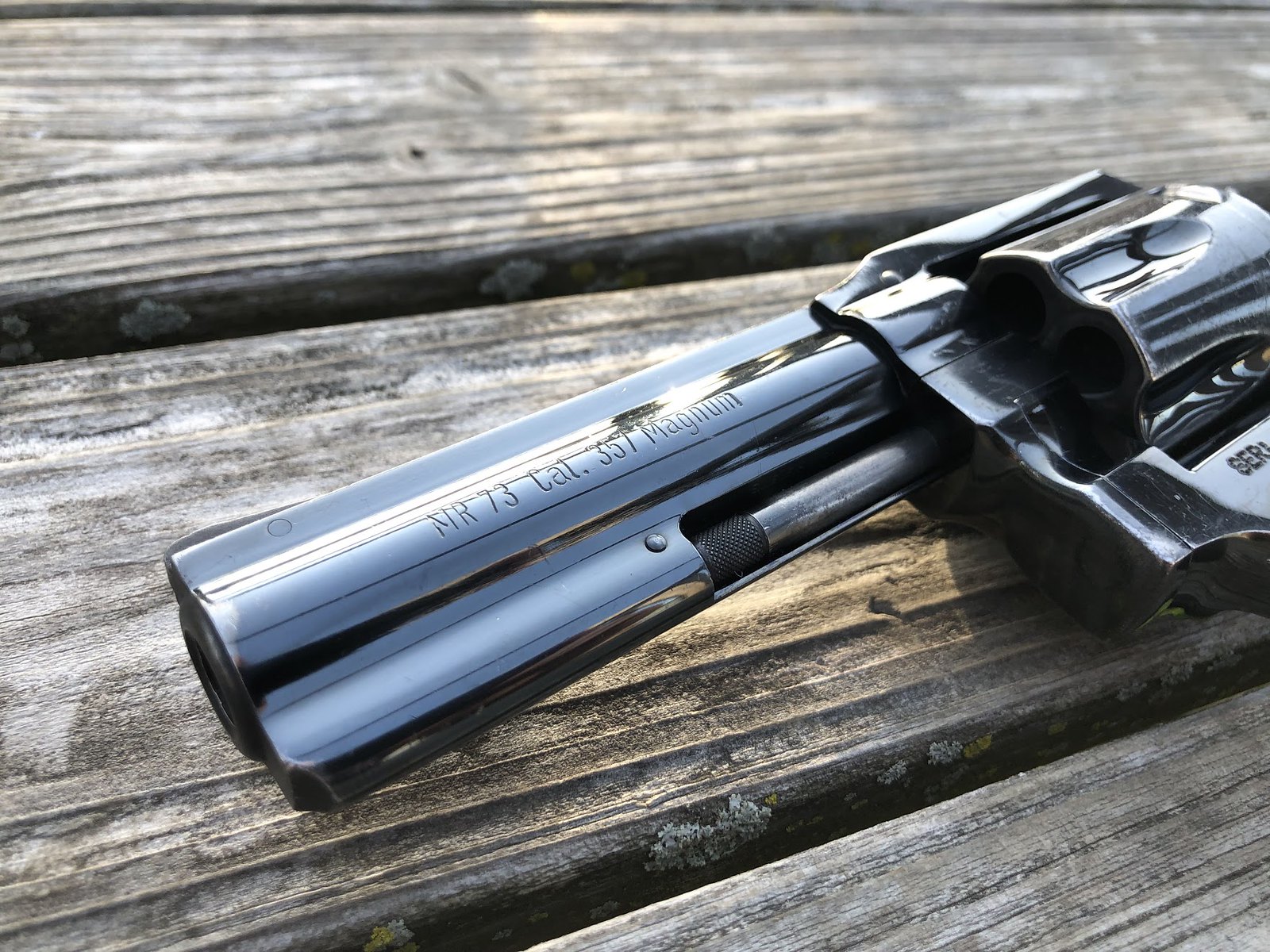 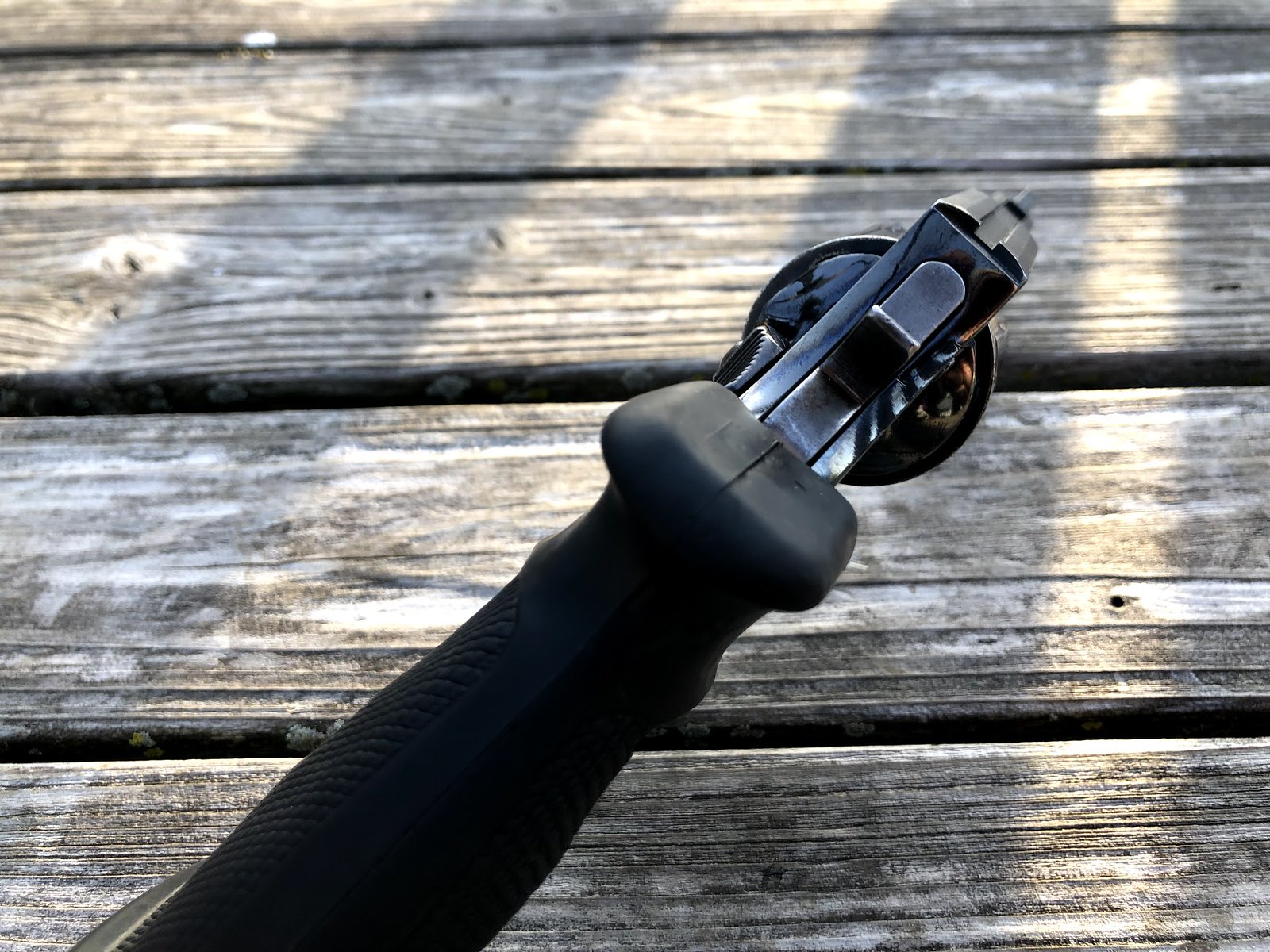 Here are the in-progress pictures ave was sending me while he was working his way through... 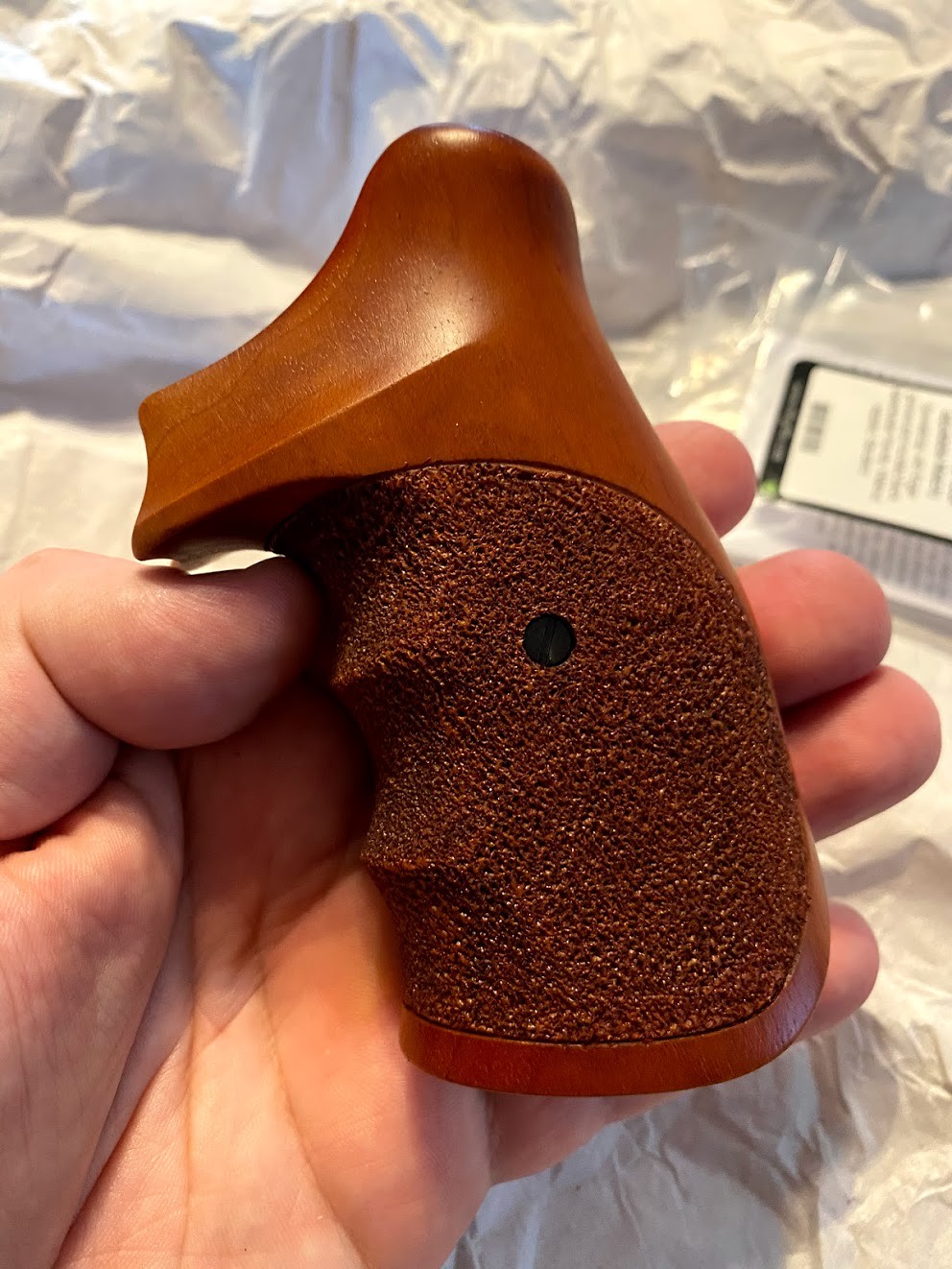 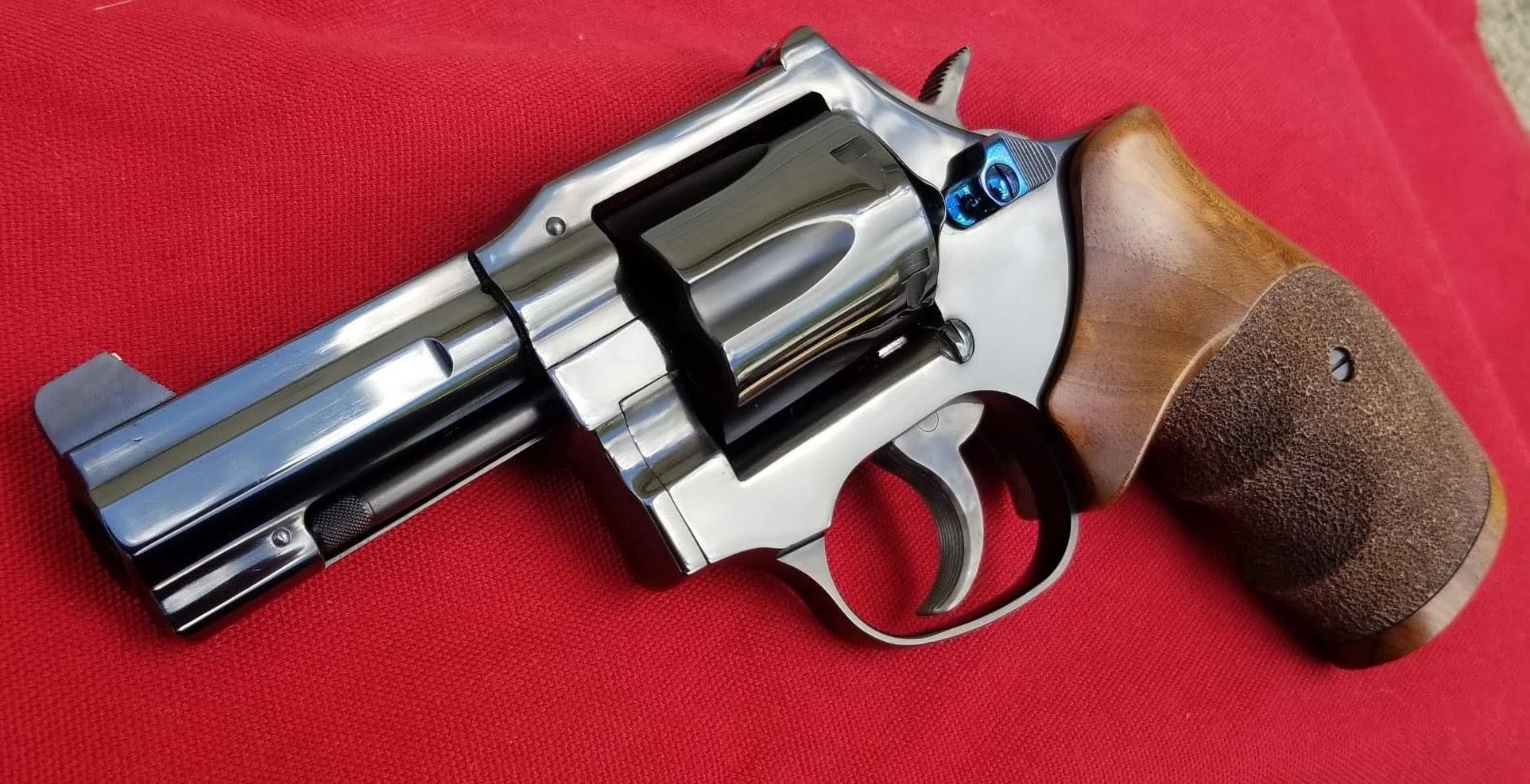 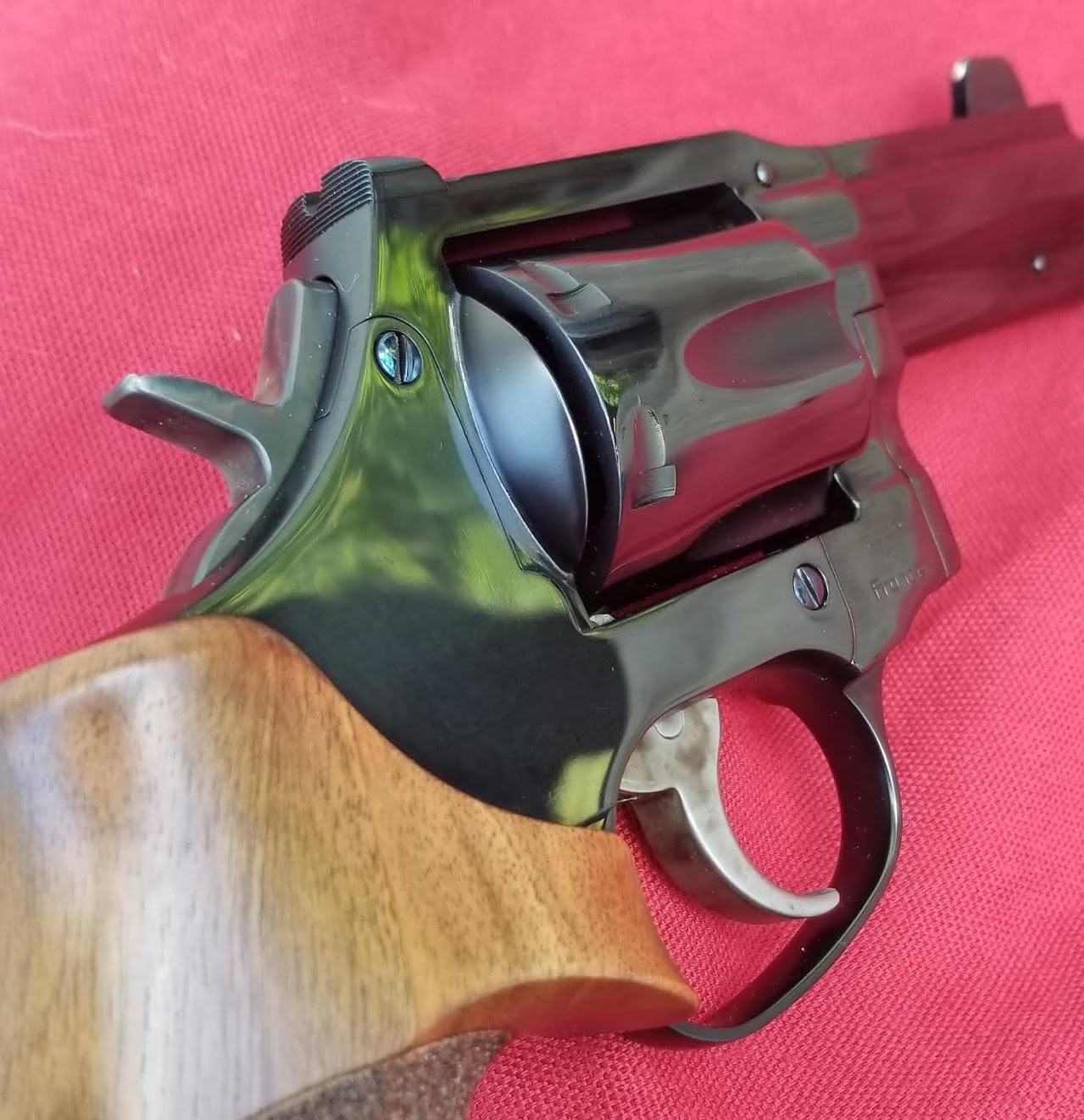 As a final note, I can’t say enough about Dave Laubert, his willing to listen and go in any direction were awesome. I’ve dealt with many of the top smiths in the biz and Dave ranks right up there in terms of client relationship and craftsmanship.