I thought I'd consolidate a lot of information and questions people typically have about the 92 series of pistols. Feel free to post any additional information or correct anything I've posted and I'll try to update the OP as necessary. I do not take credit for a lot of the info here, some of which has been taken from previous threads here.

92 (1976)
The original Beretta 92 with a step slide, frame mounted safety and magazine release located on the grip. Between 5000 - 7000 were made with the step slide design before it was dropped for the straight slide in 1977. 92 (1977)
An updated 92 with a smooth slide but still had the frame mounted safety and magazine release located on the grip.

92S (1978)
In order to meet requirements of some law enforcement agencies, Beretta modified the Beretta 92 by adding a slide-mounted combined safety and decocking lever, replacing the frame mounted manual thumb safety. This resulted in the 92S which was adopted by several Italian law enforcement and military units. The later relocation of the magazine release button means these models (92 & 92S) cannot necessarily use later magazines, unless they have notches in both areas. 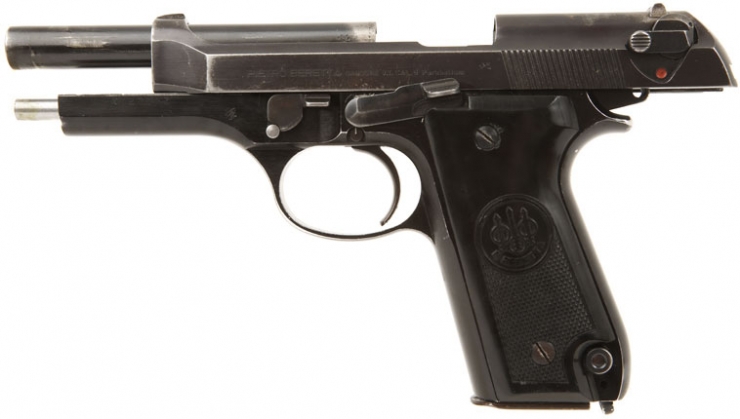 92SB (1981-1991)
Designed for the USAF. Added a firing pin block, ambidextrous safety/decocker and moved the magazine release from the grip to the bottom of the trigger guard. 92F (1984)
Designed for US government testing and Later adopted by the US military as the M9. Changes included:
"Design of all the parts to make them 100% interchangeable to simplify maintenance for large government organizations.
Modified the front of the trigger guard so that one could use finger support for easier aiming.
Recurved the forward base of the grip to aid aiming. Hard chromed the barrel bore to protect it from corrosion and to reduce wear.
New surface coating on the slide called Bruniton, which allegedly provides better corrosion resistance than the previous plain blued finish." M9 (1985)
Designed for the US military to replace the 1911A1, originally modeled on the 92F and then later on the 92FS. The M9 features a strait dust cover, non radiused back strap and "snowman" style half moon and dot sight. It does not have the standard "read owner's manual" warnings. Military M9s will also have assembly numbers on the hammer. Beretta made a desert storm version with "OFFICIAL SIDEARM U.S. ARMED FORCES" on the slide. M9 General Officer (1985)
Designed to replace the RIA M15 1911. It is identical to the standard M9 sidearm, except it has a "GO"-prefix to its serial number range, starting with GO-001. It comes with a metal belt buckle that comes in gold metal for Army generals and silver metal for Air Force generals. Air Force model shown with polished slide & barrel.

92G (1989)
In G configuration, the lever only decocks the hammer and rotates the rear part of the firing pin. The hammer decocking lever, after operation, automatically returns to the firing position. Created at the request of the Gendarmerie Nationale de France. Also manufactured under license in France by GIAT Industries as the PA MAS G1 (shown). 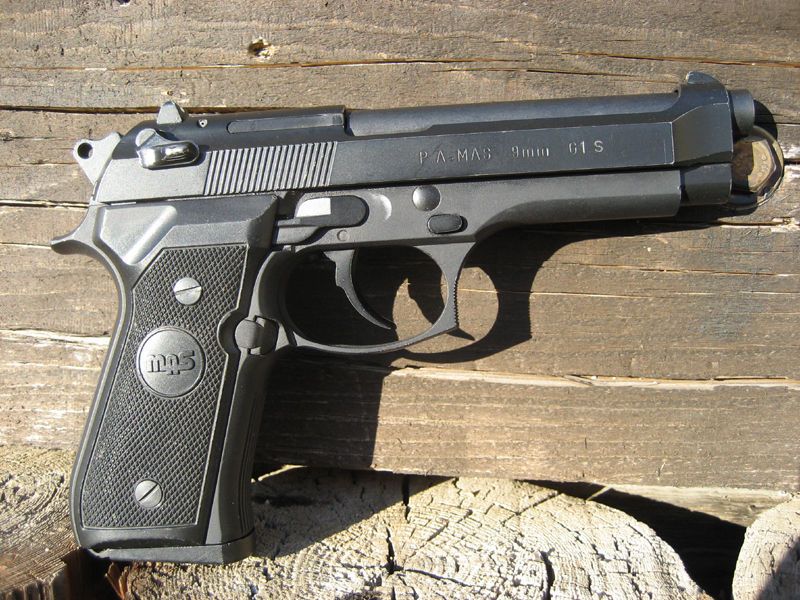 92FS (1989)
Made with an enlarged hammer pin to prevent the side from coming off the rear of the gun in the event the slide breaks. Earlier models had a strait dust cover, later models use a curved dust cover. The 92FS has a radiused back strap and three dot style sights different from the M9. 92 Stock (1994)
Heavier Brigadier slide. It is also designed for sport shooting and includes a front barrel bushing for improved accuracy.

92 Combat (1994 - 2001)
Designed for sport shooting, the 92 Combat came with a heavy Brigadier slide and was single-action only with a front barrel bushing for improved accuracy. It also came with an additional longer barrel that was weighted. Beretta 92FS Centurion (1996)
A version of the Model 92FS with a compact barrel and slide assembly mounted on the full sized frame. 92 Billennium (2001)
A limited edition to celebrate the millennium, 2000 were made and 1000 imported into the US. Featured a brigadier slide and frame mounted safety.

92 Elite 1A (2001)
This option is essentially a black Vertec with a bruniton Brigadier G slide, blackened stainless barrel and thicker skeleton hammer.

92 Elite 2 (2001)
This option replaced the Elite I option in 2001 and includes the same features as the original Elite plus removable Novak type sights, extended magazine release catch, checkered front/rear grip strap, thicker (than Elite I) skeletonized hammer, and lighter D-spring. This option is available only with the stainless G-Model slide, also with front serrations. The stainless barrel for the Elite II has a target crown. Beretta 92 Vertec (2003)
A version of the Model 92FS that addressed complaints about the grip width of Model 92 pistols. The backstrap of the grip on Vertec models is made more linear; another change is the addition of an integral Picatinny rail to the frame. Steel 1 (2004)
A collectors edition with a steel frame version and nickle plating. Available in both SAO or DA/SA. 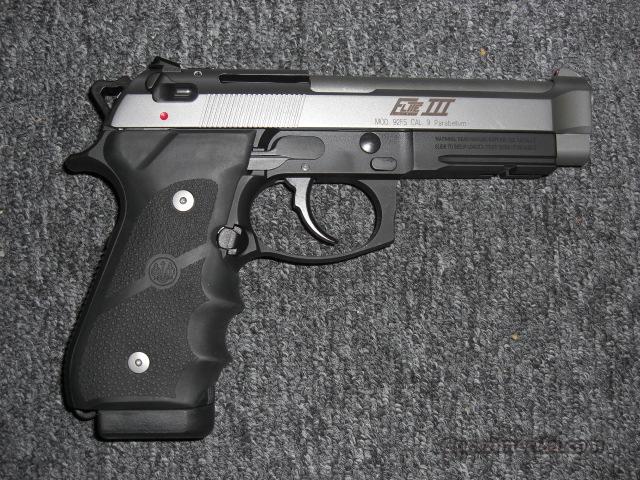 92A1 (2010)
The 92A1 was based on elements of 92FS and 90two. The overall shape and styling builds on the 92FS, with an accessory rail on the underside of the frame; internal design reflects the 90two. Included a removable front sight, captured guide rod, automatic locking take down lever, curved trigger guard and the 90-two style rail. Made in Italy and came with three 17 rd magazines. 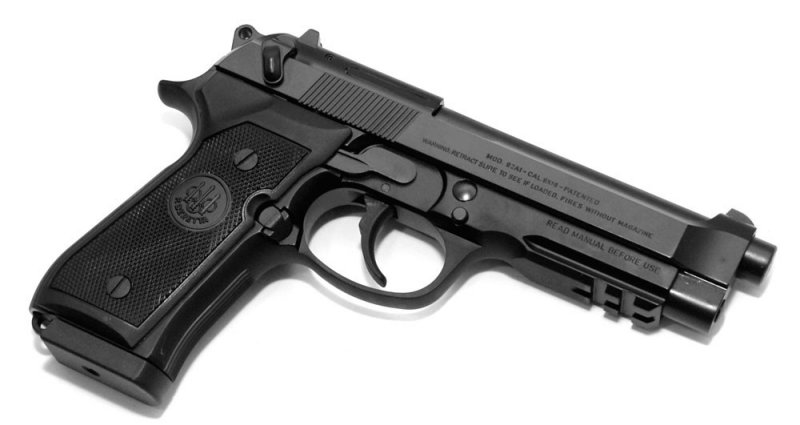 92FS Centennial (2015)
Celebrating 100 years since the company’s first semiauto pistol was adopted by the Italian Military, Beretta offered a limited edition 92 Centennial collector’s edition. Single-action-only steel 92 with a frame-mounted safety (no decocker) and has the years 1915 and 2015 engraved in Roman numerals on either side of the Brigadier-style slide. The same numerals are featured around the medallion logo in the center of the premium-wood grip panels. 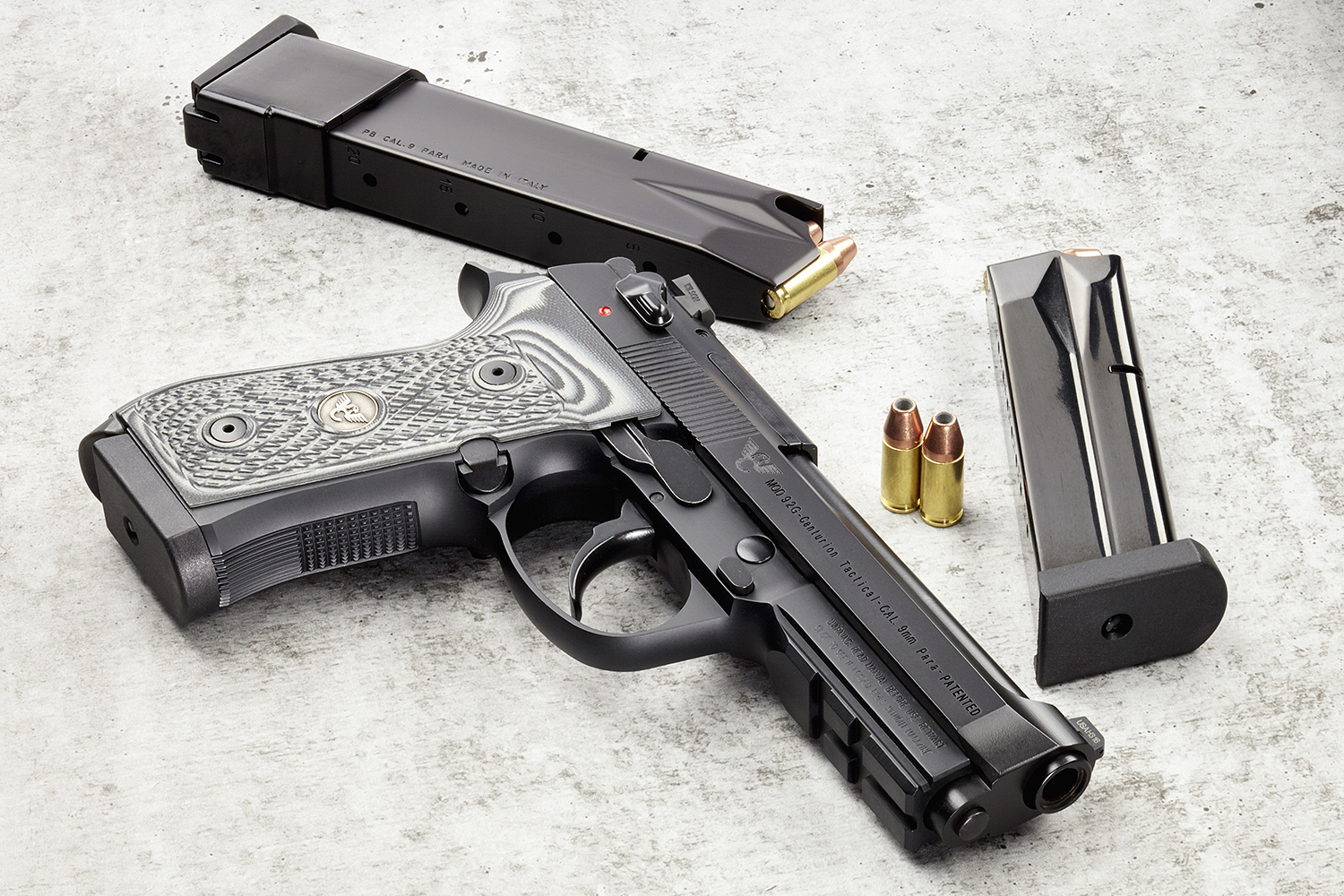 92G ELITE LTT (2018)
The Elite LTT Features include a Vertec/M9A3 Slide with front cocking serrations, a dovetail fiber optic front sight with a square notch rear sight, a stainless 4.7 inch barrel with target crown, solid steel guide rod and a beveled rear slide.  The frame is built on a M9A1 frame with checkering on front and back strap, a beveled magazine well with no lanyard loop.  It includes the exclusive radiused trigger guard and rear slide rail, the ultra thin VZ/LTT G10 grips with stainless steel trigger and hex head grip screws.  It comes equipped with an oversized magazine release, a "D" hammer spring and skeletonized lightweight hammer.  The gun ships with three magazines.