From the range trip the other day. 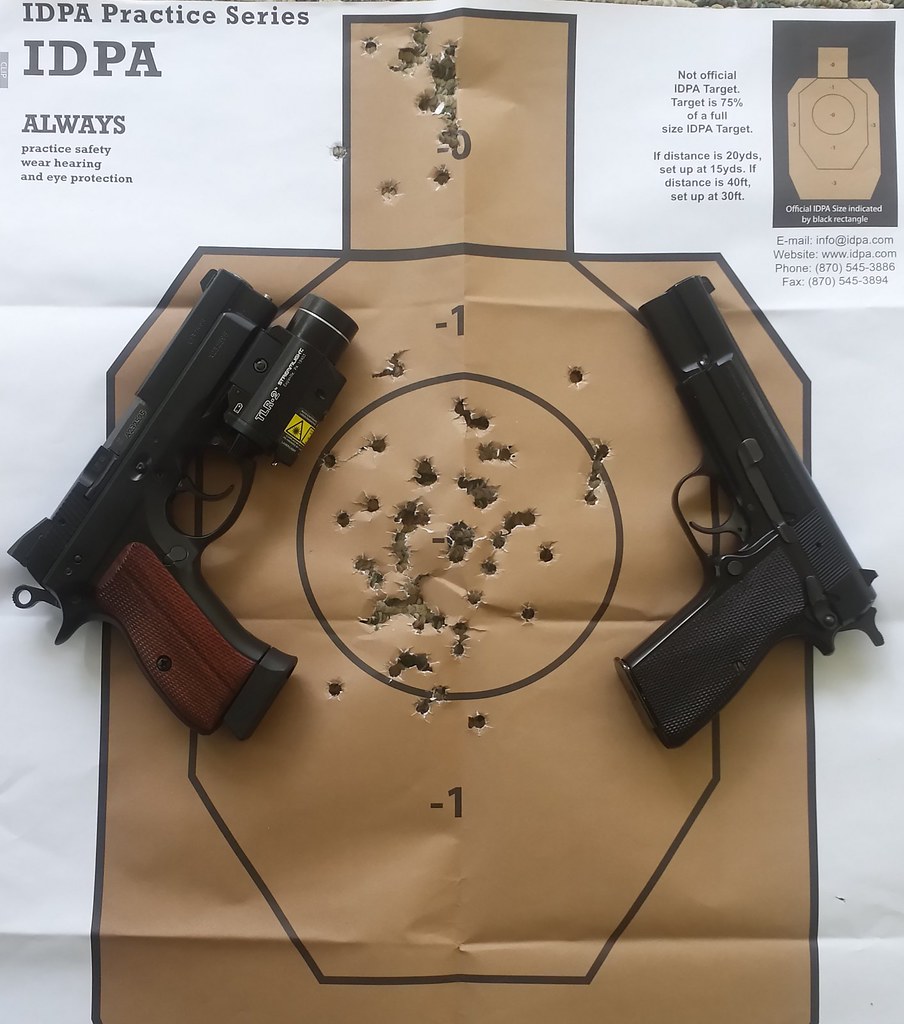 12 shots x3 center mass with the CZ then 12x to the high target.

10 shots x3 center mass with the Browning then 10x high.

Next I tried "The Test" which is 10 shots in 10 seconds at 10 yards from the ready with a reload at an NRA 25 yard target. It's harder than it sounds. 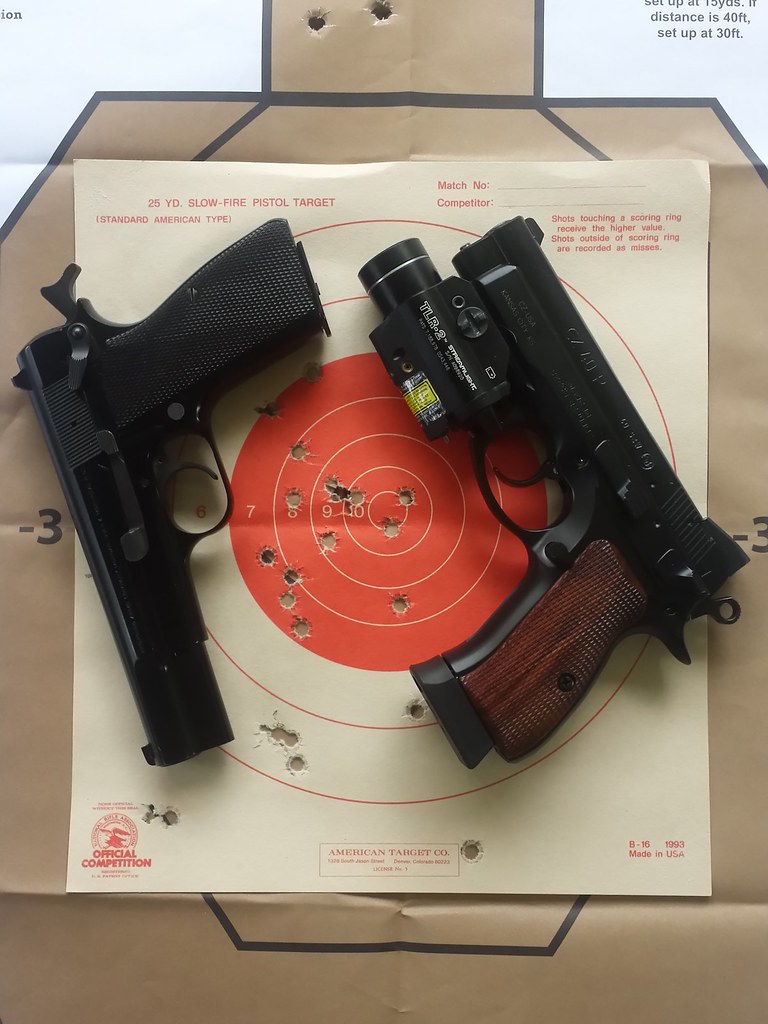 Dropped one with the CZ (in double action) and was a little slow. Dropped a few with the Browning. More practice needed with these guns (the Browning is the wife's and this is one of the few times I've used it), but I'm almost there with the CZ.

I like to end with some snub nose action with the carry guns and their ammo. That tends to be pretty consistent, even after getting a bit shaky with all the 40 shooting. 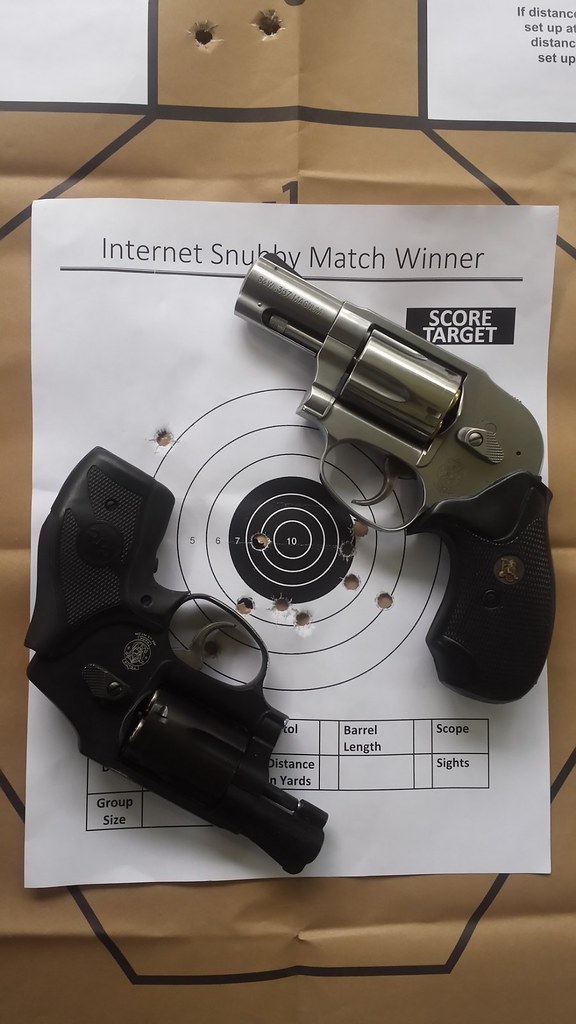 The clean holes are 158gr Remington Golden Saber +P out of the Airweight. The soft edged holes are Hornady XTP 125gr Magnums out of the Bodyguard 357.

After all that, I fired one more quick mag out of the Browning and got called out for "rapid firing."

Oh well. It was a productive and enlightening day anyhow. I need to keep my hands off the wife's gun. I'm really starting to like it.

Near the end I tried shooting at 20 yards with the CZ in slow fire. After a few rounds I just couldn't hold the gun steady anymore and my group shifted up after resetting. The next few shots were thrown randomly. Oh well. It looked promising for a minute. That was a good time to quit. I think that's the key to .40S&W practice...shoot no more than you can comfortably handle. Once pain sets in and form breaks down there is nothing to be gained.