[ARCHIVED THREAD] - Sensor tracks who is driving in your neighbourhood (Page 1 of 2)
An interesting debate that'll start soon...

A start-up that lets residents monitor who drives in and out of their neighbourhood was among the companies revealed at a Silicon Valley event on Monday.
Flock's sensor, which it offers for $50 a year per house, logs the number plates of every car that drives into a street and takes a picture. The sensor could eventually provide facial recognition.
Residents of monitored neighbourhoods can opt-out of being tracked - but visitors, or people passing through, cannot.
Flock is backed by Y Combinator, a start-up “incubator” which in the past has funded successes including Dropbox, Reddit and AirBnB.
A privacy expert said he believed the data collection to be legal according to US law, but that the idea could ignite a debate about the "right to be left alone in public”.
“One of the great weaknesses in US privacy law is that we only protect against intrusions into private areas, not public spaces,” said Albert Gidari, director of privacy at Stanford Law School's Center for Internet and Society.
"Public roads through neighbourhoods, licence plates, pedestrians on public sidewalks etc all are fair game," he said.
The data is only made available to “neighbourhood leaders”, Flock says, and is a tool that could be used to fight crime.
To date, one person has been convicted thanks to evidence captured by the device.
“An unfortunate individual drove into one of our [monitored] neighbourhoods,” explained Garret Langley, chief executive and co-founder of Flock.
"He put a nice road bike in the back of his car, and drove off with both the window down and the trunk open.
"Not only do we have footage of his licence plate, we have a picture of his face and a picture of the bike in the back.”
‘Not our data'
The technology was shown off at Y Combinator’s Demo Day, the twice-yearly event at which entrepreneurs pitch their companies to several hundred investors.
Flock’s devices are being trialled in seven neighbourhoods in and around Atlanta, with more locations across the US currently being considered. 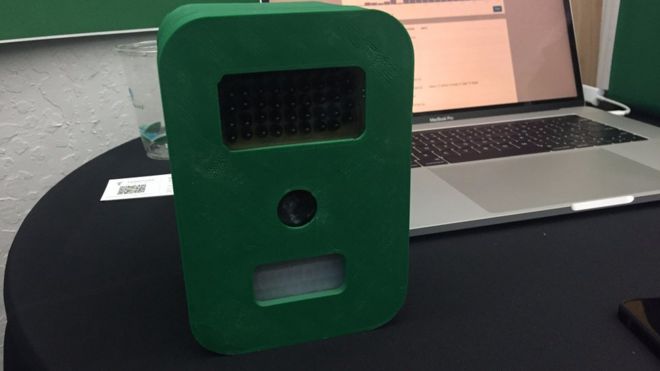 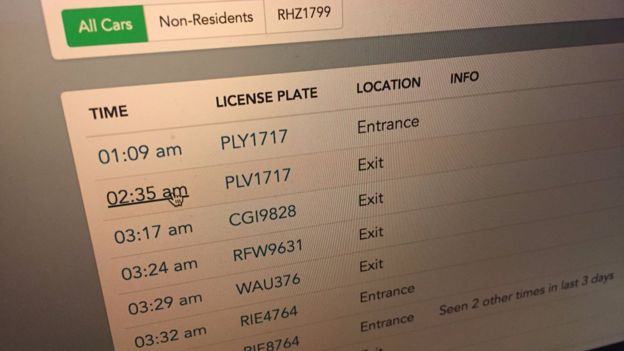