[ARCHIVED THREAD] - People bleeding internally, millions poisoned says 'EPA whistleblower'
me, i have no idea how credible this is, my knowledge of corexit is limited, my  understanding is its supposed to make Oil sink rather then float on the surface.. this is from some interveiw with democracynow

so credibility is probably very suspect.. but who knows


The whistleblower is this Hugh Kaufman guy... who held this position until 2002  EPA ombudsman's chief investigator


"...we have dolphins that are hemorrhaging. People who work near it are hemorrhaging internally. And that’s what dispersants are supposed to do... Congressman Markey and Nadler, as well as Senator Mikulski, have been heroes... Mark Kaufman, EPA whistleblower, Democracy Now!

In its report, EPA Whistleblower Accuses Agency of Covering Up Effects of Dispersant in BP Oil Spill Cleanup, Democracy Now! states that "many lawmakers and advocacy groups say the Obama administration is not being candid about the lethal effects of dispersants," so Amy Goodman interviewed Hugh Kaufman, a senior policy analyst at the EPA’s Office of Solid Waste and Emergency Response and a leading critic of the decision to use Corexit" who disclosed how the officials are lying about many things related to the catastrophe poisoning "millions of people." (Listen: Real Audio Strea or MP3 Download)

The rushed transcript includes Kaufman saying, "And I think the media now has to follow the money, just as they did in Watergate, and tell the American people who’s getting money for poisoning the millions of people in the Gulf. (Emphasis added)

"While concerns over the impact of chemical dispersants continue to grow, Gulf Coast residents are outraged by a recent announcement that the $20 billion government-administered claim fund will subtract money cleanup workers earn by working for the cleanup effort from any future claims.

The "Vessels of Opportunity" program has employed hundreds of Gulf Coast out of work people because of the spill which Kaufman says is viewed as yest another way "to limit the number of lawsuits against BP."

"And the government—both EPA, NOAA, etc.—have been sock puppets for BP in this cover-up. (Emphasis added)

Kaufman concurs with MSNBC's report last week, that "sole purpose in the Gulf for dispersants is to keep a cover-up going for BP to try to hide the volume of oil that has been released and save them hundreds of millions, if not billions, of dollars of fines... not to protect the public health or environment. Quite the opposite.."

looks like he was one of the main voices behind, WTC dust hurting workers claims etc 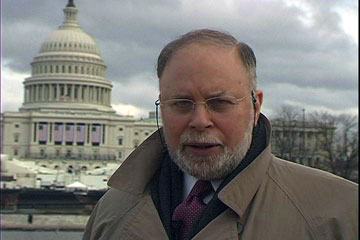