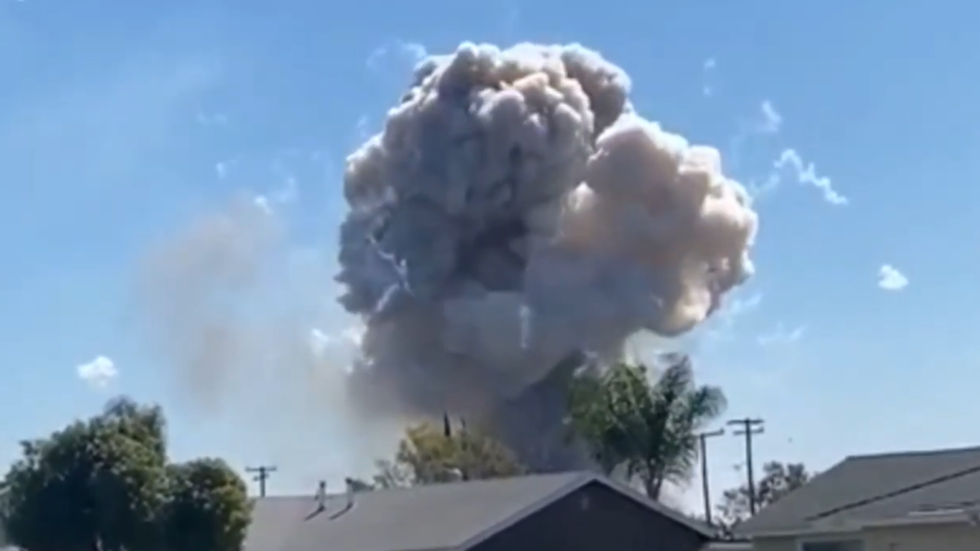 
An evacuation order was issued for West Francis Street and West Maple Avenue between Fern and San Antonio. A temporary Care and Reception Center was set up at the De Anza Community Center, 1405 S. Fern.

The blast was reported in a residential area near San Antonio Avenue and West Maple Street. Video posted on social media and from NewsChopper4 showed black smoke rising over the neighborhood and at least one house on fire.

Residents said the initial round of explosions sounded like the finale to a fireworks show. In one video, a loud blast can be heard as a thick smoke cloud rises above homes.

The residence was fully engulfed in flames when firefighters arrived. Spot fires continued to burn at least an hour after the blast.

The extent of the damage was revealed as smoke cleared. A truck was on its side and the roof of at least one building was blown off. Another building's wall had collapsed.

One of the properties near the epicenter of the explosion appeared to have horse stables. Video showed firefighters rescuing a horse that was trapped in the debris.