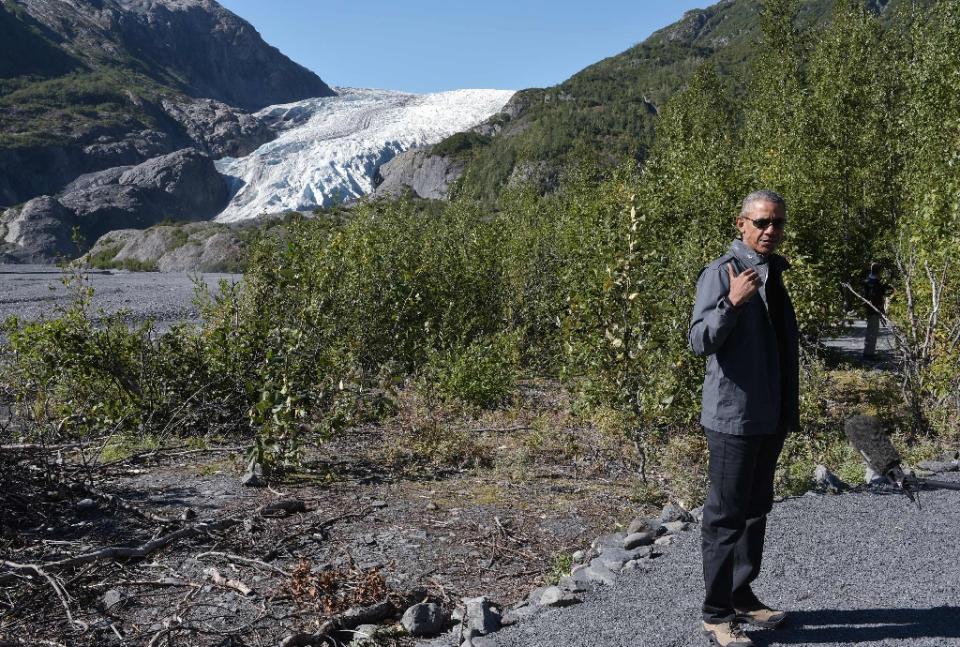 Obama traveled to southern Alaska's Kenai Fjords National Park, where he stood against the backdrop of the vast, but receding glacier, where posts mark the ice's retreat since 1815.

"This is as good of a signpost of what we're dealing with when it comes to climate change as just about anything," Obama said.

He pointed to a changing climate that has brought less snow and longer, hotter summers and an icy retreat has been anything but glacial.

"This place has lost about a mile and a half over the last couple hundred years. The reduction in glaciers has accelerated each and every year," Obama said.

Flora and fauna has been affected in the spectacular park, while melting glacier ice has raised sea levels.

"We want to make sure that our grandkids can see this," Obama said.