[ARCHIVED THREAD] - Jackson MS - New sheriff elected (funny stuff...)
We have had a white sheriff for a long time.  people say, who cares what color?  Normally it doesn't/shouldn't matter.  But this is Jackson!  McMillian has done as good a job as anyone could be expected to do in Jackson... that said, the hinds county voters elected a new sheriff.  Tyrone Lewis.

Tyrone has had some issues of his own.  He allowed his son to use the JPD training facilities for profit http://kingfish1935.blogspot.com/2007/12/so-did-tyrone-lewis-break-law.html

Tyrone was busted for lying in court http://kingfish1935.blogspot.com/2010/09/fire-tyronne-lews.html 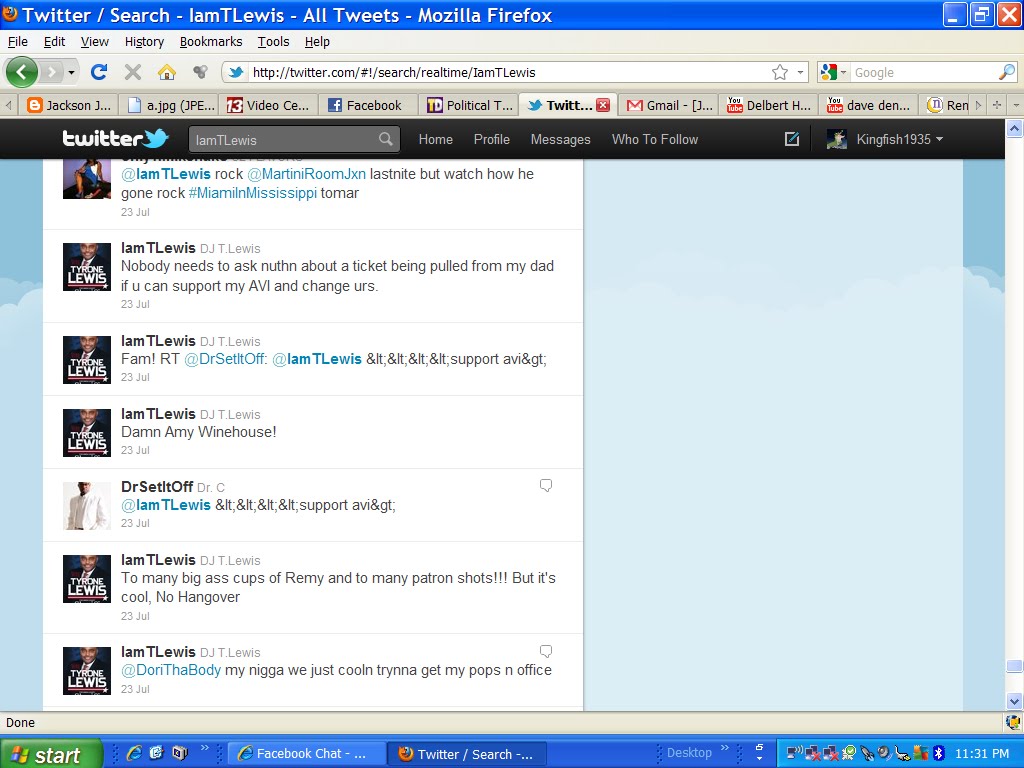 Tyrone was backed by very important people:
"The People‘s Assembly of Ward 2, with the support of the Malcolm X Grassroots Movement of Jackson, conducted a candidates‘ forum last Saturday (June 11) open to all candidates for elective office in the 2011 cycle. Despite the open invitation, only Sheriff’s candidate Tyrone Lewis, Jackson’s former interim police chief and retired deputy chief, engaged in the give-and-take of the assembly.

The assembly, a public interest community activity that was a part of Ward 2 Councilman Chokwe Lumumba’s election campaign of 2009, styles itself as “an informed group that does not take well to politics as usual.“ Lewis repeated the assembly‘s longstanding mantra of “Free the Land.”

In this election, my opponent’s advisors and supporters, Chokwe Lumuba, Tony Yarber, Constable Jon Lewis, and others chose to campaign on their view that Hinds County now needs a black sheriff – a requirement I obviously could not meet. I have lived my adult life and my professional life dedicated to being colorblind – and my department for 20 years has reflected my commitment.