[ARCHIVED THREAD] - Growing hot pepper plants in pots. Help needed! UPDATE: Everything has been transplanted. (Page 1 of 2)
Alright guys, I've been wanting to start growing hot peppers for a while (I fucking LOVE hot peppers), but living in apartments and townhouses without much of a yard has kind of made that difficult.  Just for the record, I have never grown a plant in my life.

Well, after doing some research, it turns out people have had success growing hot pepper plants in pots.  I think I've got a decent area to grow them, an upstairs balcony with lots of sunlight.  Figured the high temperatures down here in FL would be a plus too, considering most hot pepper plants are from tropical climates.

I think I've got the gist of how to start.  After reading some blogs and online instructionals, it appears I should start with the seeds in a smaller pot (4") and need to grow them to 4-6" tall, then they need transplanted into a larger pot.  This is kind of where I get lost.  I've read a whole bunch of different advice on pot sizes to transplant into.  Anything ranging from an 8" pot (relatively small) to a 5 gallon bucket.

I bought a bunch of seeds from an online retailer.  The plan to start off is 6 different kinds.  I've ordered seeds for:

Hopefully this ends up working out.  I'd really like to pickle some of these and quite honestly not sure what I'll do with the rest.  Make some Salsa maybe and use them in chili.  Probably eat quite a few right off the plant.

So any words of advice guys?  Good websites with good info to kind of walk me through step by step?  Thanks in advance for all the help.

Well, my seeds arrived a couple days ago and I finally got around to planting them tonight.  Made a quick stop by Home Depot to gather some "Homer Buckets" (even though I won't be needing them for a while) and grabbed a pack of Serrano Pepper seeds as well.  Finally tally is 2 pots of each:

I was originally only going to do one seed per pot (that makes sense, right?  Guess not.) but read in a whole bunch of different places that it's best to plant multiple seeds as a sort of failsafe to ensure a plant sprouts.  So each pot has between 3-6 seeds (hopefully that's fine

Here they are on the patio, hopefully I'll have some peppers here in a few months. 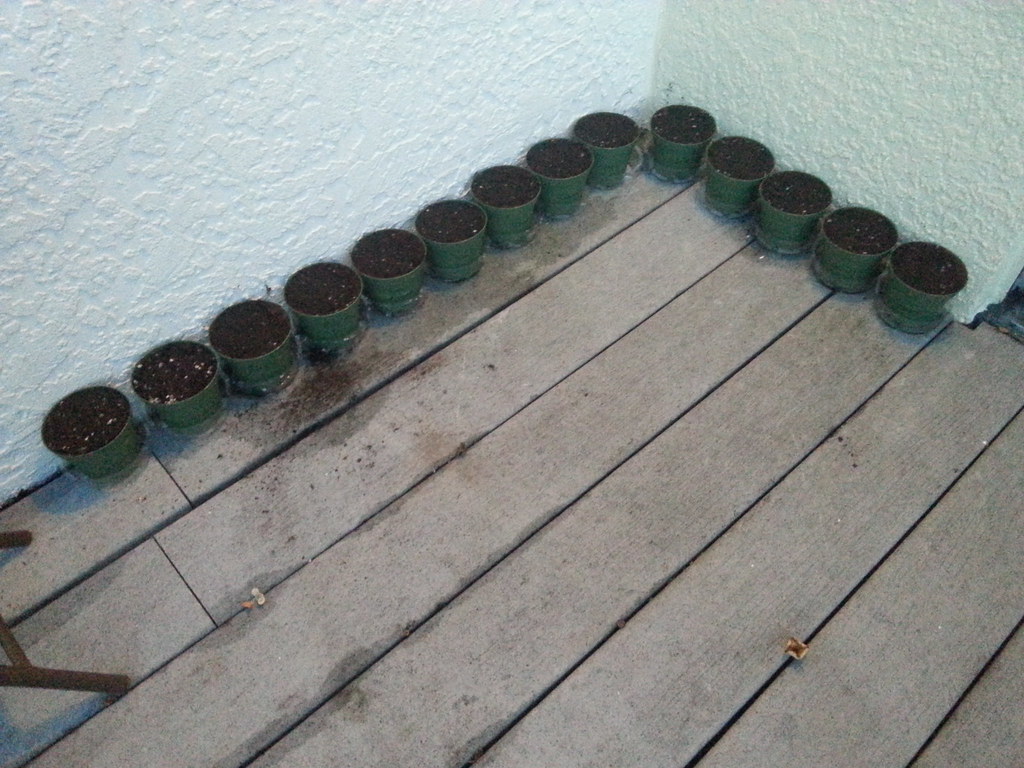 Well, I'm starting to see some sprouts.  Got some decent stuff going on with the Serrano's and one pot of Datil's and Ring of Fire's are just starting.  From what I'm reading, it's recommended to transplant them into larger pots (I bought a bunch of 5 gallon "Homer Buckets" from Home Depot for this purpose) when they get to around 4-6 inches tall.  Any other recommendations here?

Also, we've had stupid amounts of rain the past week or two.  The first couple days, I left the plants pretty much un-sheltered on my upstairs balcony, but they got absolutely soaked.  I started to worry about seed rot, so moved them to my downstairs back patio.  They aren't receiving direct sunlight, but it's been mid 80's to low 90's temperature wise the past week.  Should I foresee any problems doing this?  Everything I've read had a bunch of warnings about "over watering" and I really don't want to go down that road. 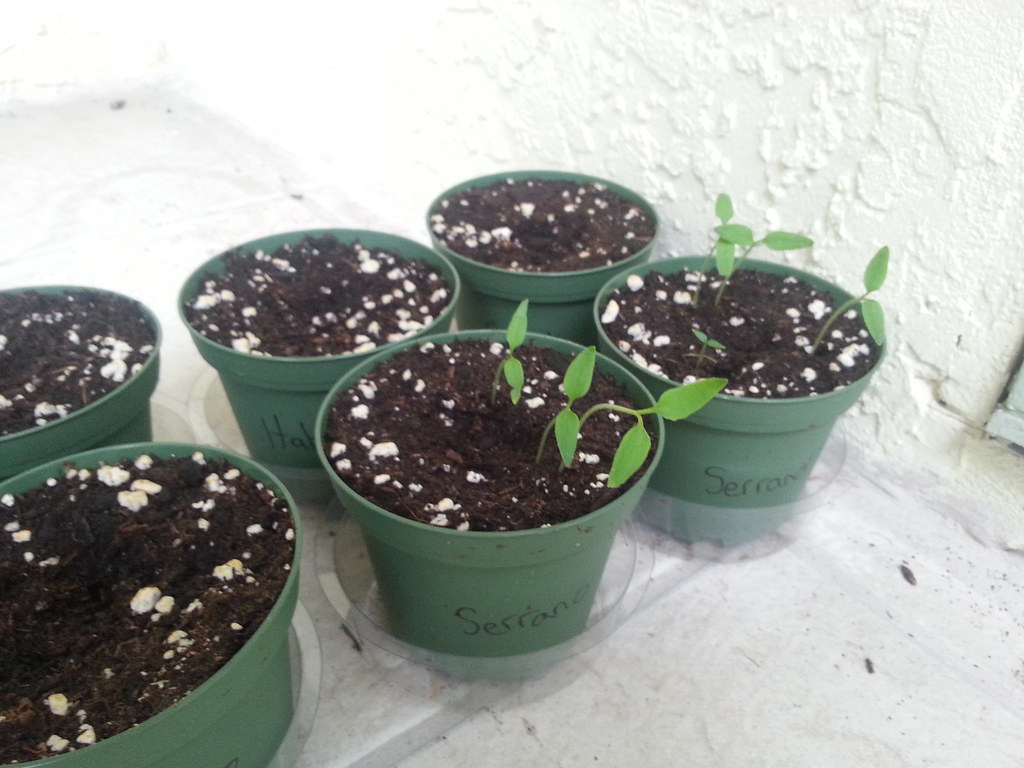 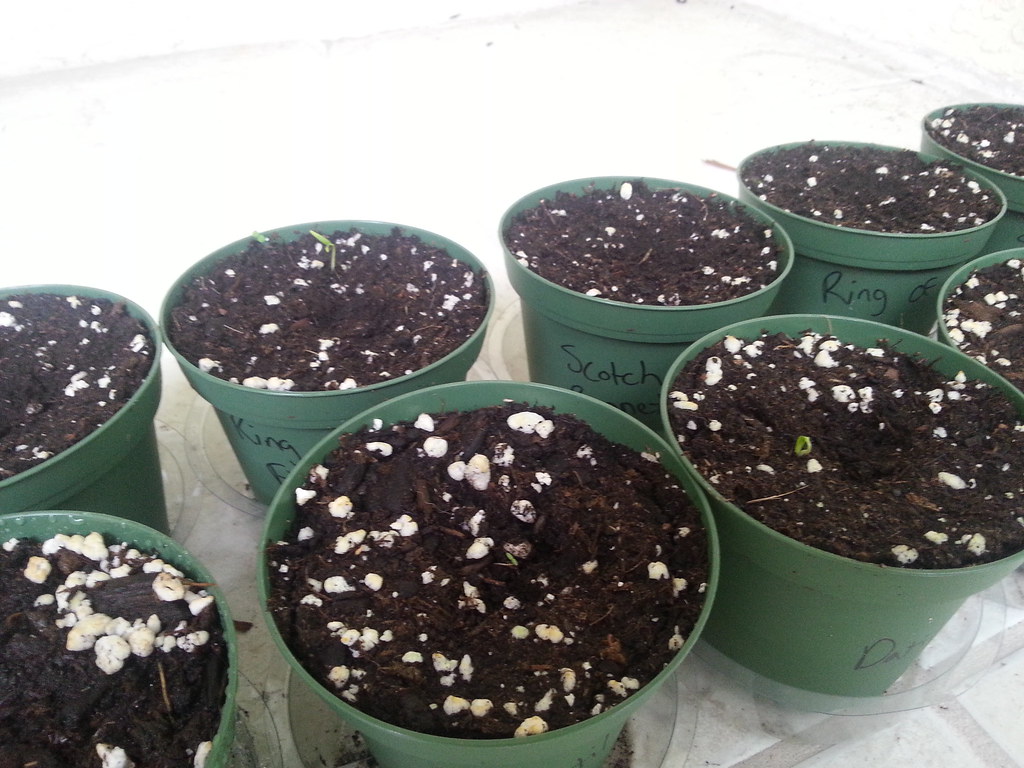 Well, everything seems to be going good.

So far, I've only lost one after transplant (a Scotch Bonnet).  They seem to be having the hardest time starting to grow again, but everything else is moving good.  Got the Ghosts transplanted, as they took the longest to sprout (I actually thought I was bust because I didn't see anything in the smaller pot for over a month). Serrano's seem to be sprouting up the quickest as both of them are damn near 12" tall.

Hopefully I'll have some peppers in a couple months! 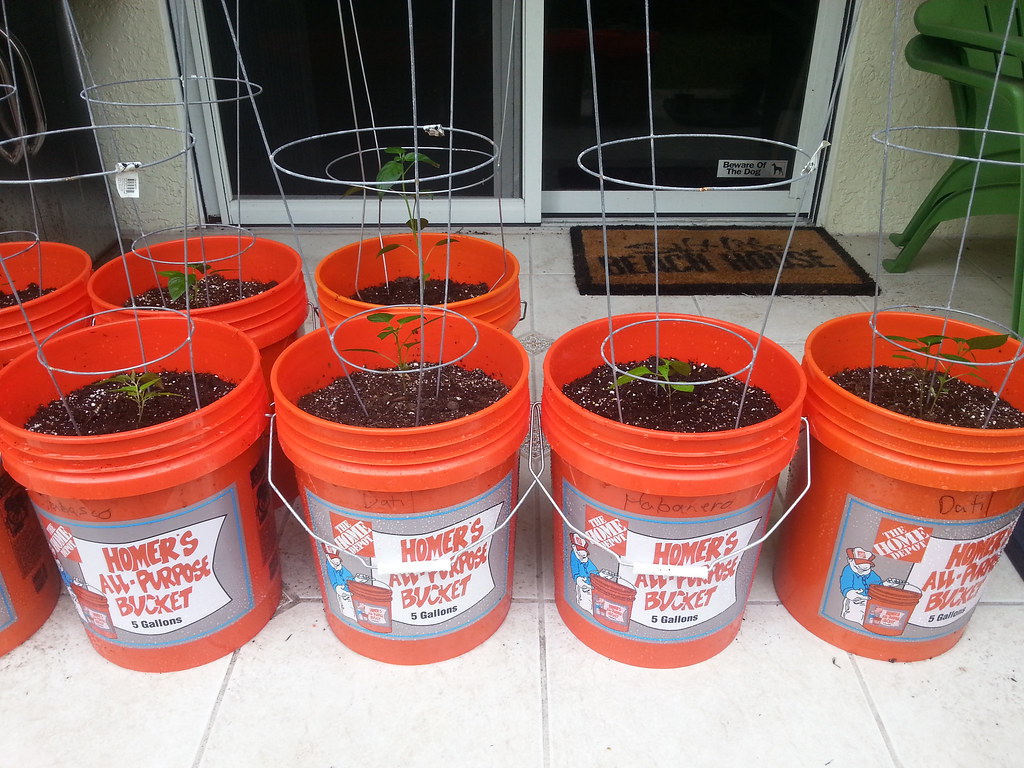 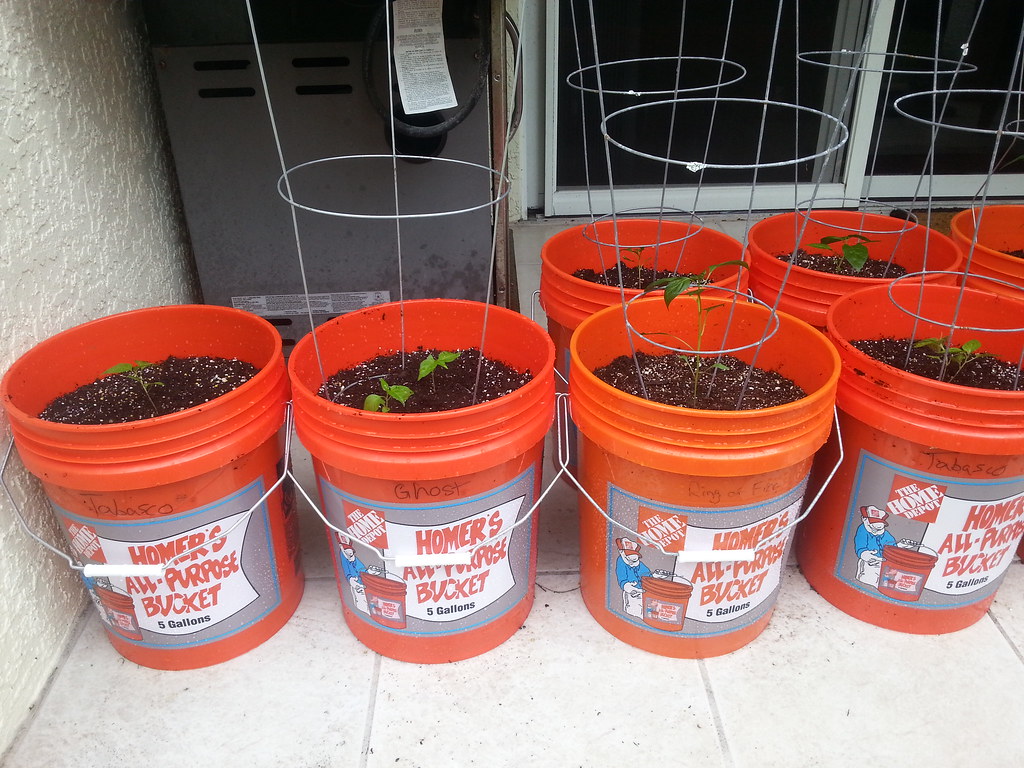 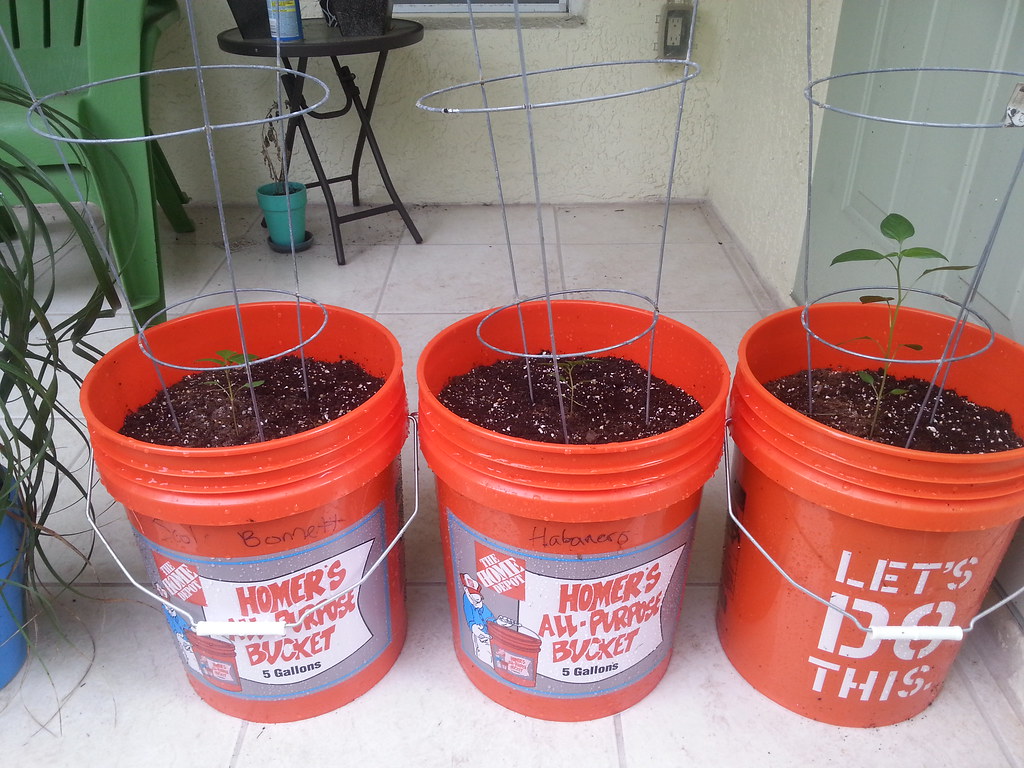