[ARCHIVED THREAD] - Firefighters save pigs from fire. Farmer thanks them by killing the pigs and feeding the firemen.
Circle of life.

Rescued piglets served up as sausages to firefighters

A litter of piglets whose bacon was saved from a barn fire has been served up as dinner to the firefighters who rescued them.

The 18 piglets and two sows survived the fire in Wiltshire in February, which saw 60 tonnes of hay catch fire.

The firefighters initially said the bangers were "fantastic" but following complaints have since said sorry.

People for the Ethical Treatment of Animals (Peta) said the piglets were "no better off" for escaping the fire.

"We'll be sending Dorset and Wiltshire Fire and Rescue Service packs of vegan sausages so that they can see how easy it is to truly be heroes for pigs - by sparing them all suffering," said spokesman Mimi Bekhechi. 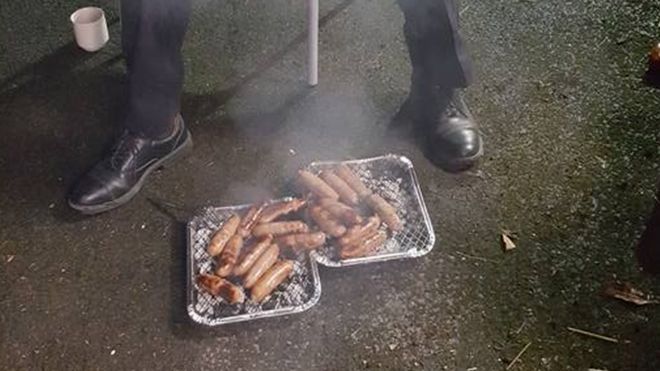 [ARCHIVED THREAD] - Firefighters save pigs from fire. Farmer thanks them by killing the pigs and feeding the firemen.