[ARCHIVED THREAD] - Double Star's Customer Service is FANTASTIC!
I was very fortunate and won a Double Star 10B rifle in the Arfcom Team Member Giveaway this year. I didn’t know anything about the Star 10B so I looked it up. It was a nice looking rifle with a lot of nice upgrades and I was floored and very happy to have won the rifle.

However, it turns out the rifle they had was actually a pre production rifle and not a current production model. There were several things with my rifle that were different than the current production model: No free float rail,(two piece railed hand guards and Delta Ring) no CMC trigger, (just plain milspec), no Wilson Air Gauged Barrel, no Hammer Buttstock, (plain jane M4 stock), No NIB X coated BCG etc.

I wound up buying a free float tube on black Friday, and installed it on the pre production rifle. I had decided at this point I was not going be keeping the rifle and would be selling it. I had even listed it up for sale here in EE.

It turns out the upper was out of spec and the rails on the top would not allow anything to be mounted to the rifle. I immediately closed the ad on the EE and contacted Double Star about it by phone. I wound up speaking to Doug, one of Double Star’s Armorers about the situation.

As soon as Doug heard what the problem was he asked me what the serial number was. The serial number for that particular rifle is 37. As soon as Doug heard that, he immediately told me he’d been looking for that rifle since it never should have left the factory. It was designed as a test mule for their bolts and barrels. Doug told me that it got sent out by mistake while he was at SHOT show one year. Doug immediately sent me an RMA a pre paid shipping label and promised to make things right.

I was expecting to get a new upper receiver that was within spec so I could mount things to the rail.

Instead, what I got was a brand new current production Star 10B rifle, 4 brand new 20 rd Pmags for it, a very nice soft case, and a bottle of Lucas Extreme gun oil! 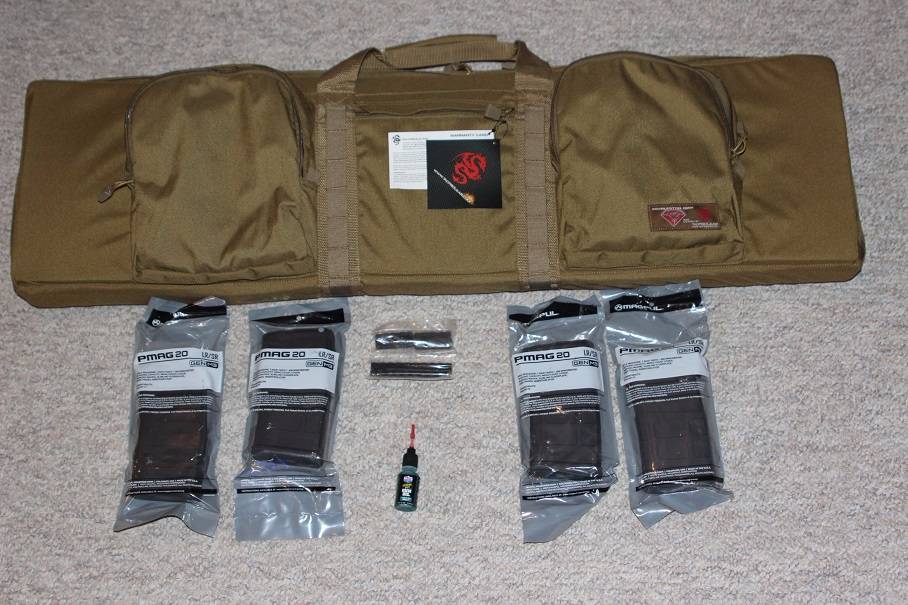 This rifle’s serial number is in the 150’s and is amazing!

I have absolutely got to give Doug and Double Star kudos for their excellent customer service.

The downside of this is that I’ve decided to keep this rifle and I’m busy learning about scopes and pricing them out. First world problems, I know…

I’m really looking forward to the weather to get nicer so I can break the rifle in and see what it can do!

Thanks again to Doug and all the awesome people at Double Star, you guys built a nice rifle have world class customer service!