If you don't have FB here is the screenshot:

Can you imagine this shit?'

ETA: This was sent to me from another ARFcommer.

Edited for a commonly asked question: 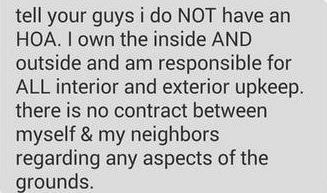 the disk was attached to the adjoining roof. They are townhouses: