The deal, which values the firm at A$370.7m (£201m; $289m), still needs approval from Australian and Chinese regulatory bodies.

A takeover had previously been blocked by Australia's Foreign Investment Review Board (FIRB).

It was concerned that part of the property was inside a military weapons testing range in South Australia.

Kidman has since taken the Anna Creek farm out of the sale.


Dakang Australia is to acquire 80% of the farm, while local partner Australian Rural Capital (ARC) will take the remaining 20%.

The sale comprises of areas covering 77,300sq/km - equal to 1% of Australia or an area bigger than Ireland. 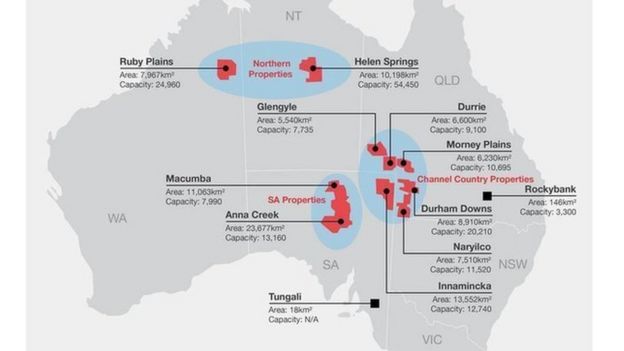 [ARCHIVED THREAD] - China to buy 1% of the land in Australia