[ARCHIVED THREAD] - Adam "Loop" Bahriz
Loop is a kid with a rare disorder. The results of which lead to him being nearly blind, nearly deaf, having half of his nose removed and, most of his teeth pulled. He got bullied one day for "trolling" in Counter Strike. When pros and streamers of CS found out about this the reached out.

Loop not only seems like a good kid, he's also pretty fucking sick at CS. It may not look like much to you if you haven't played but, if you have you'll know he's got skills. Check out this video from YouTube. Also if you have the time take a look at his twitch channel.
Loop on twitch 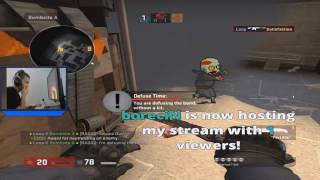