[ARCHIVED THREAD] - Virginia is in for a huge fight. Democrat's propose confiscation of AR's. Updated (Page 1 of 7)
Virginia GOP ends special session 90 minutes in. They adjourned until November and will hopefully continue the fight then. 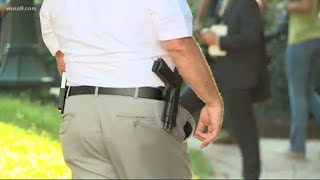 
But the fight is not over, and Virginia in particular is in for a huge electoral fight this November when all the legislative seats are up for grabs. With a recent gerrymandering lawsuit being lost the fight will be even harder, and we are already at a razor thin majority. Virginians need to work together to re-elect and elect representatives that will stand up for our rights. Donations in any amount for the VCDL are greatly appreciated, and you can rest assured that they spend the money to fight tooth and nail against gun control.

A special thank you to EVERY member who supported us, and gave their hard earned money to fight radical leftist gun control agendas. A huge thank you to the VCDL for taking the fight to them, and whipping support on our side. Another huge thank you to everyne who went to rally day, and went toe to toe with radical gun grabbers and a hostile legislature

I have no idea how much money we raised, but I can't thank the staff enough for allowing the donation links to stay up. It means a lot to us Virginians that we have support coming from all over the country, and yet again AR15.COM came out to support fellow gun owners in their time of need.

We still have a long road ahead of us, but I know I am personally going to work really hard to be more active this election cycle. I know I speak for a lot of fellow Virginians when I say that we are tired of being controlled by big city Democrats who flocked to our beautiful state because of its opportunity, great people and tight-knit communities. Regular working folks in small rural towns do not take kindly to these carpet baggers coming here, and trying to strip us of our heritage, our rights and our dignity. We are tired of the state being controlled by leftists who represent their own interests and the interests of their special interests groups, and we are tired of big money democrats pouring money into our state, and using it to control our elected officials. Each one of us needs to redouble our efforts to make our voices heard. I know I for one was livid seeing the billionaires who threw money at these groups to come in from out of state, to protest us and to tell us how we should live our lives.

Thank you all once again, I hope that we can continue this fight together

So I wanted to share this to hopefully drum up some help with Virginia's fight against a racist Governor who is trying to distract from himself, by proposing insane new gun laws. I mean shit that makes CA and NY look appealing

We got fucked by the Republican's too on this one, and this is what went out just regarding last minute legislative proposals. We are facing full on confiscation and criminal penalty's for owning AR's, Suppressors, binary triggers and extended mag's. This is just the latest bill, on-top of a on of others including red flag laws, criminal penalty's for not reporting a stolen gun fast enough, criminal penalty's for "leaving a unsecured firearm near an 18year old", banning of all private sales, magazine limits, semi auto bans, and much more.

We just beat a ton of these the past legislative session and they are back and getting a ton of out of state funding from the big anti gun orgs like: Moms demand attention, and Every-town a little less safe.

It's a fight we can win, but we need everyone's help. I am in no way affiliated with the VCDL, but please consider donating to help fellow gun owners fight literal gun confiscation in the old dominion. Even just filling out a email to reps in Virginia would help.

I'm going to include a link to the VCDL's donate page, but if it's not allowed just remove it. But I hope that ARF is willing to support them and leave it up.
Donate to the VCDL 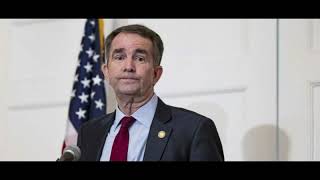 VCDL calls on all Patriots to come To Richmond to Lobby for Gun Rights on 7/9/19 at 8AM
https://www.youtube.com/watch?v=MOnztKDEY5A

[ARCHIVED THREAD] - Virginia is in for a huge fight. Democrat's propose confiscation of AR's. Updated (Page 1 of 7)