[ARCHIVED THREAD] - Katrina in Long Beach, MS (Page 1 of 2)
I grew up in Long Beach (small town just down the highway from Biloxi). It frustrates me to the core that the MS Gulf Coast was ignored because it didn't fit the narrative of poor and abused minorities.

I rode the storm out, just north of the railroad tracks for those familiar with the area. I'll never forget the next day walking outside and not being able to look down the street because it was filled with trees. I also remember blankets from peoples homes twisted and tied in the tops of trees that looked like you would need a tractor to tie them that tight.

Regardless, fuck our corrupt media, and fuck Obama.

See this rooftop on the ground? That's what it looked like everywhere. In one place where I crossed there was a huge group of roofs piled up, and you had to jump from rooftop to rooftop to move around. 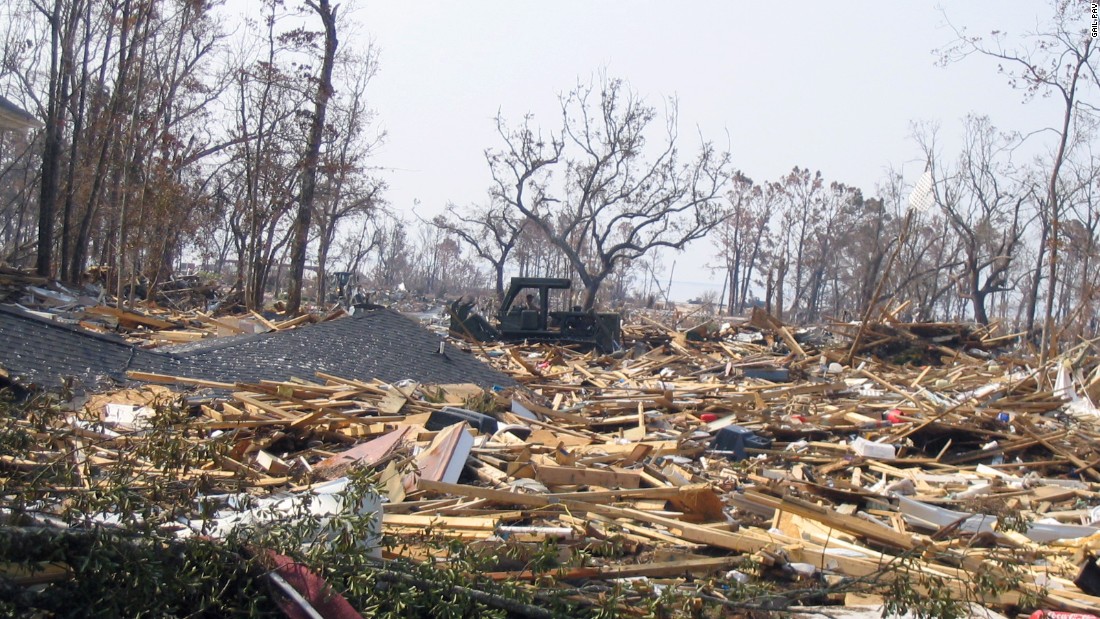 The cars. The cars were everywhere. On the beach, in ditches, turned upside down and on their sides. Some were sticking up out of the gulf.

The entire coast from Waveland to Biloxi looked like this

Arbor Station apartments across the street from my aunt's house This was an aerial after some cleanup had been done. See all of those empty slabs? I felt so sorry for the people stuck paying mortgages on a slab.

Longwood apartments. My step sister lived here during the storm. These were from the port of Gulfport. Some of those containers pushed further up than the surge and took down houses because of the speed they were going. There was an investigation into why the containers were not secured. Not sure what became of it. 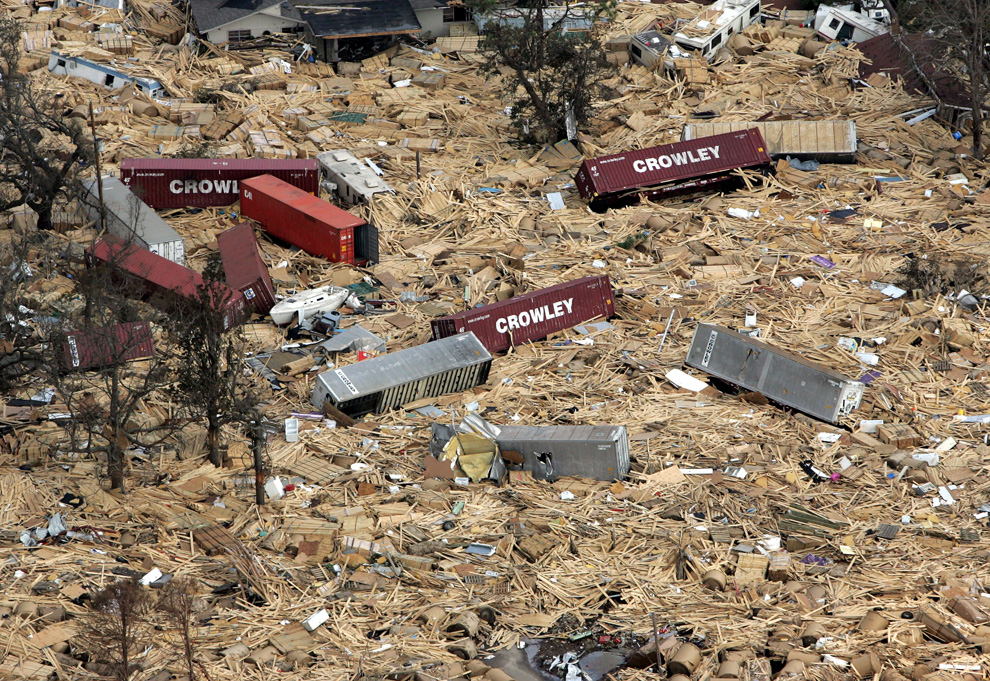 I walked all of the way down to the Grand Casino in Gulfport. As bad as the devastation was, I was shocked to see the casino in the middle of the highway

The President washed up too

Not the best pic, but you see all of those huge brown paper rolls? They were from the port of Gulfport as well and knocked down houses. 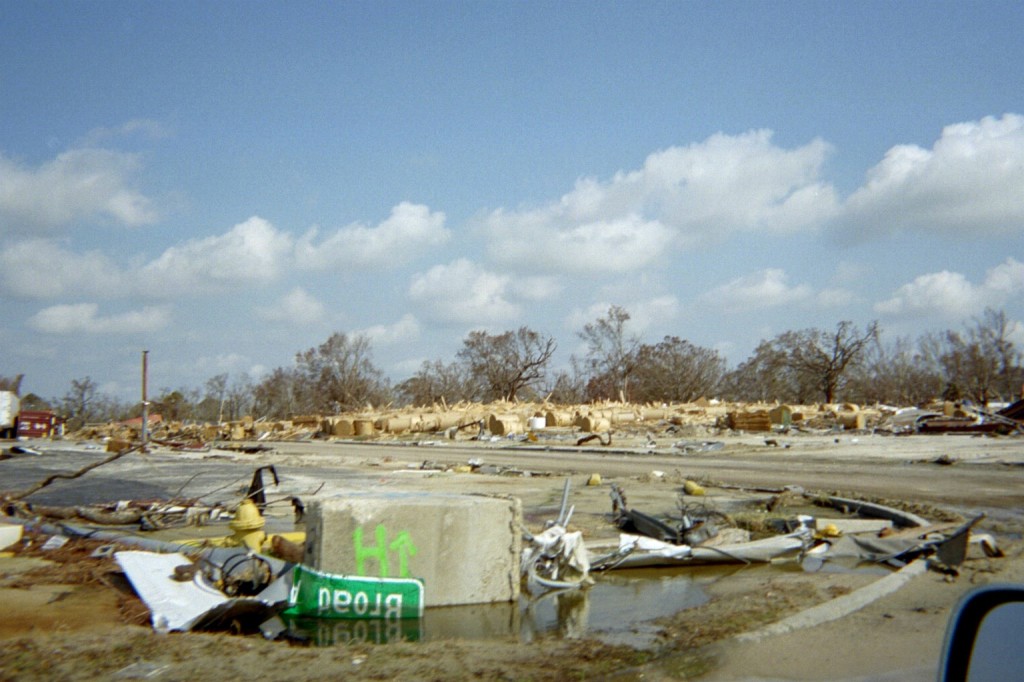 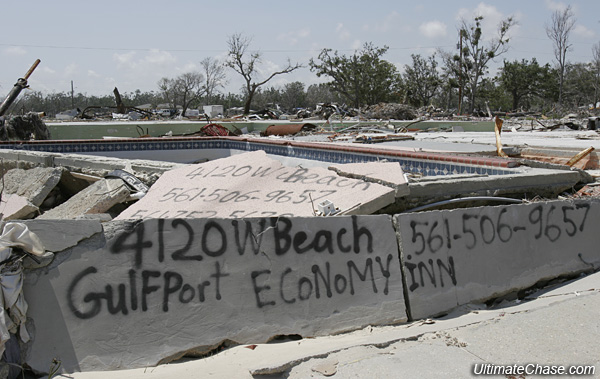 I got these pictures from the internet. All of the pictures I took were on film and it got lost. I had some really unique photos that I wish I had to share. Thanks for looking I just wanted to say fuck our shitty media and fuck Obama. He spent all day race baiting in New Orleans, a place that survived just fine until the levies broke the next day.