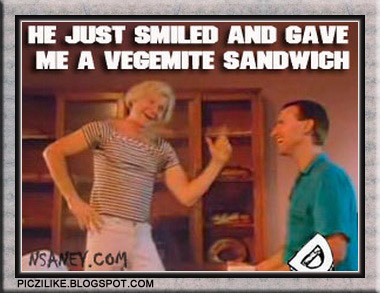 I mix a bit of Vegemite (or Marmite) with the butter to make a spread to put on both slices of bread. Not too much. A thin layer of cheddar. LOTS of 'mater slices and a goodly amount of lettuce.