[ARCHIVED THREAD] - Range Report: Hornady 55gr FMJ - short range High Power
My go-to has been the 50gr VMAX, but the FMJs are about half the price around here.

In Johnny's Reloading Bench 55gr FMJ shootout, the Hornadys tended to tighten up considerably at max SAAMI length/no crimp, where I prefer to load.
I was low on Varget, but happened to have enough H4895 left - I've always reckoned any quality 50-55gr bullet will like 24-25gr of either powder. Maybe I'll do my own shootout in the Fall.

Test firearm:
Old, slightly used, and reassembled DPMS Nat'l Match A2 that was boresighted and bench-zeroed a couple months ago. 0.040" aperture and 0.070" post. Brownell's M1907 sling.

Note: No crunches thru the Lee PPM, primers went straight into the pocket, and the bullets seated like butter. This was the smoothest batch of ammo I've ever loaded.
The boat tail is at the base of the neck, placing the shank above any donut. Even with some short cases, there's plenty of squeeze on these bullets.

The range faces ESE, so the sun is to the shooters' front/left, and moves above/behind and right. 1 MOA total sight adjustments from the beginning to end of a match aren't uncommon due to the light changes affecting the shooter's perception of the post to the bull.
Weather was sunny, 85-95*F, moderately humid. Wind was negligible.

Offhand. Took a few shots for me to remember to hold between 6:00 and center-mass. 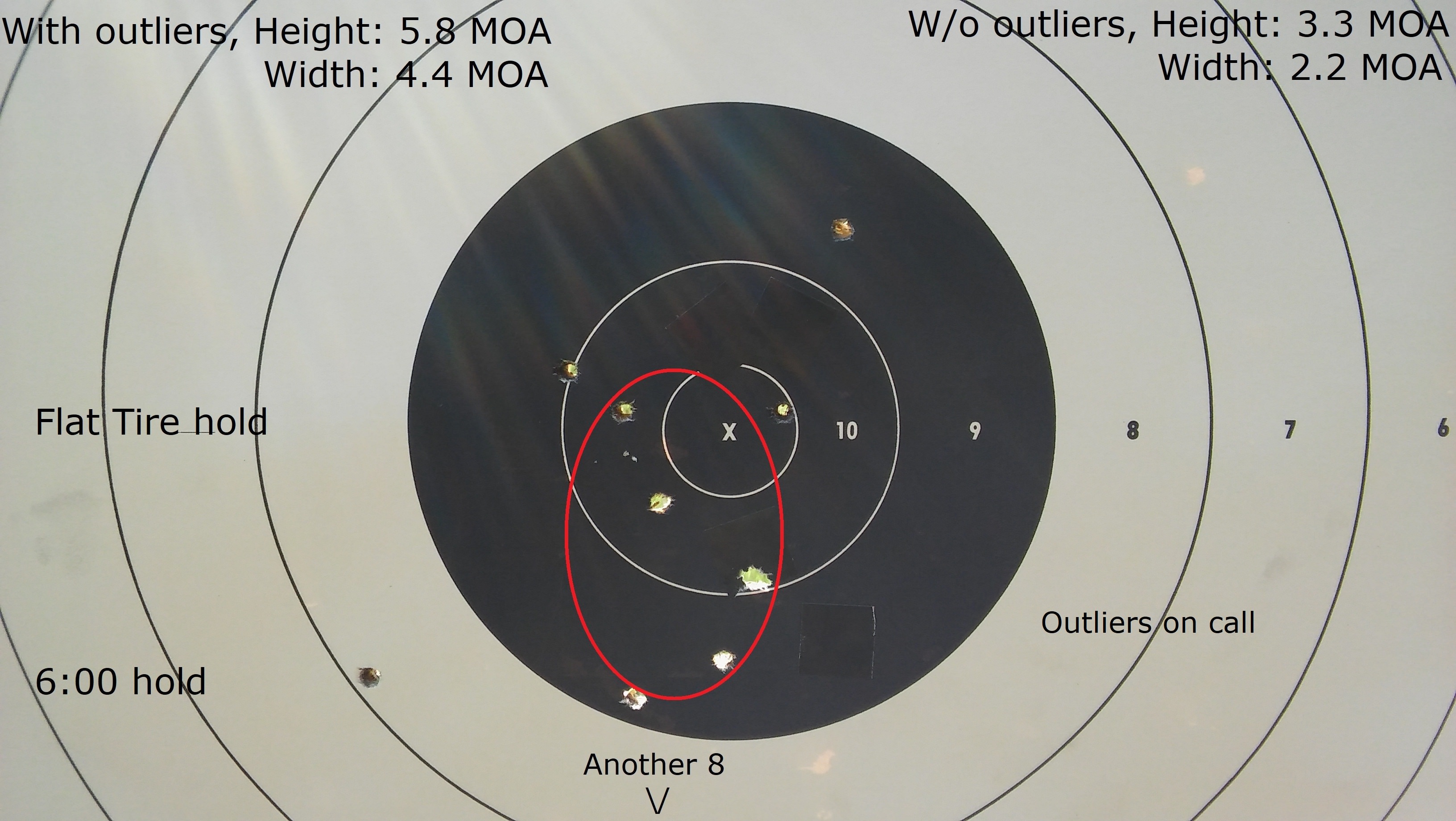 Sitting. Sight adjustment made after the 1st magazine of 2 shots. Didn't look quite this good thru the sights. 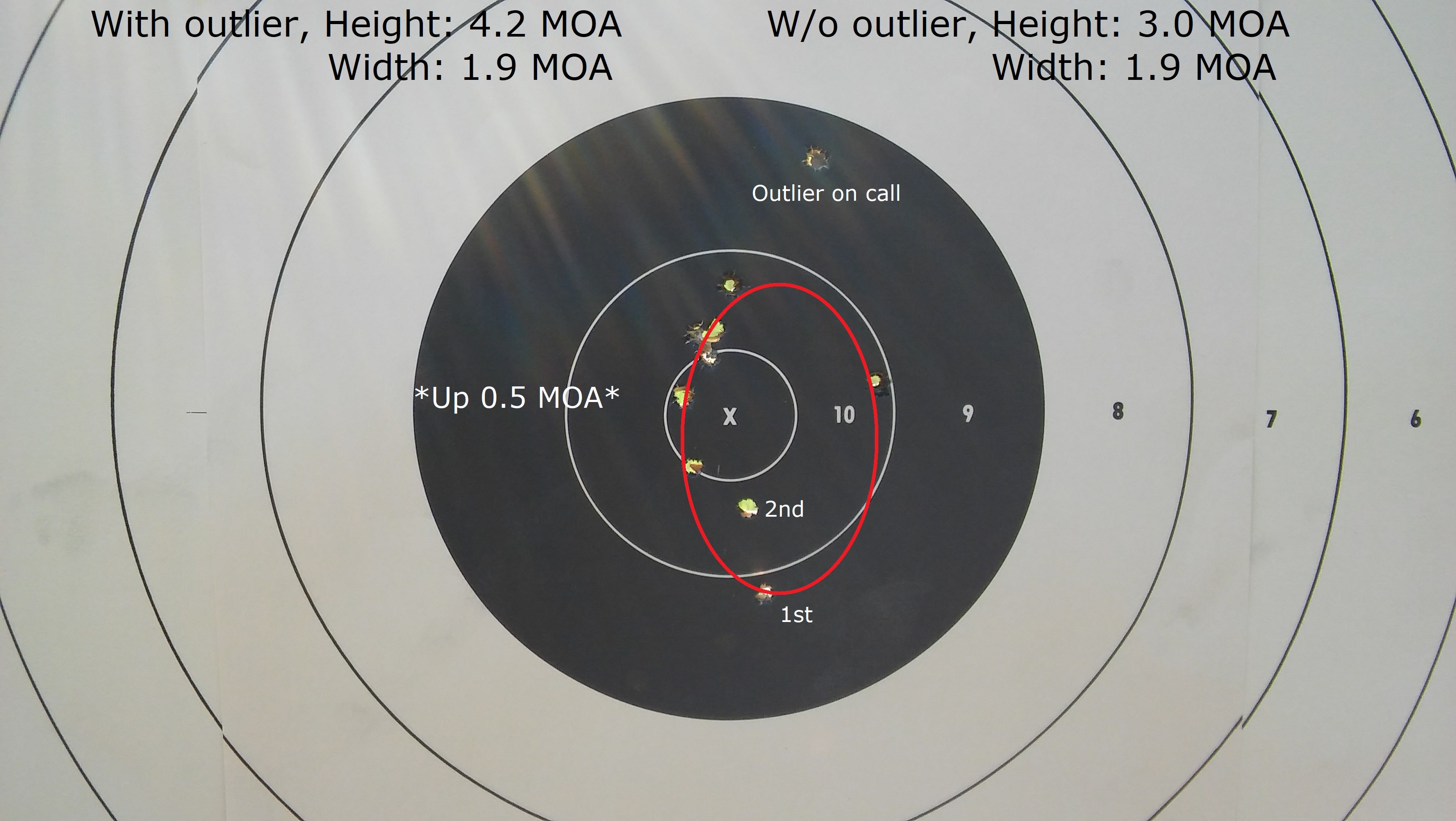 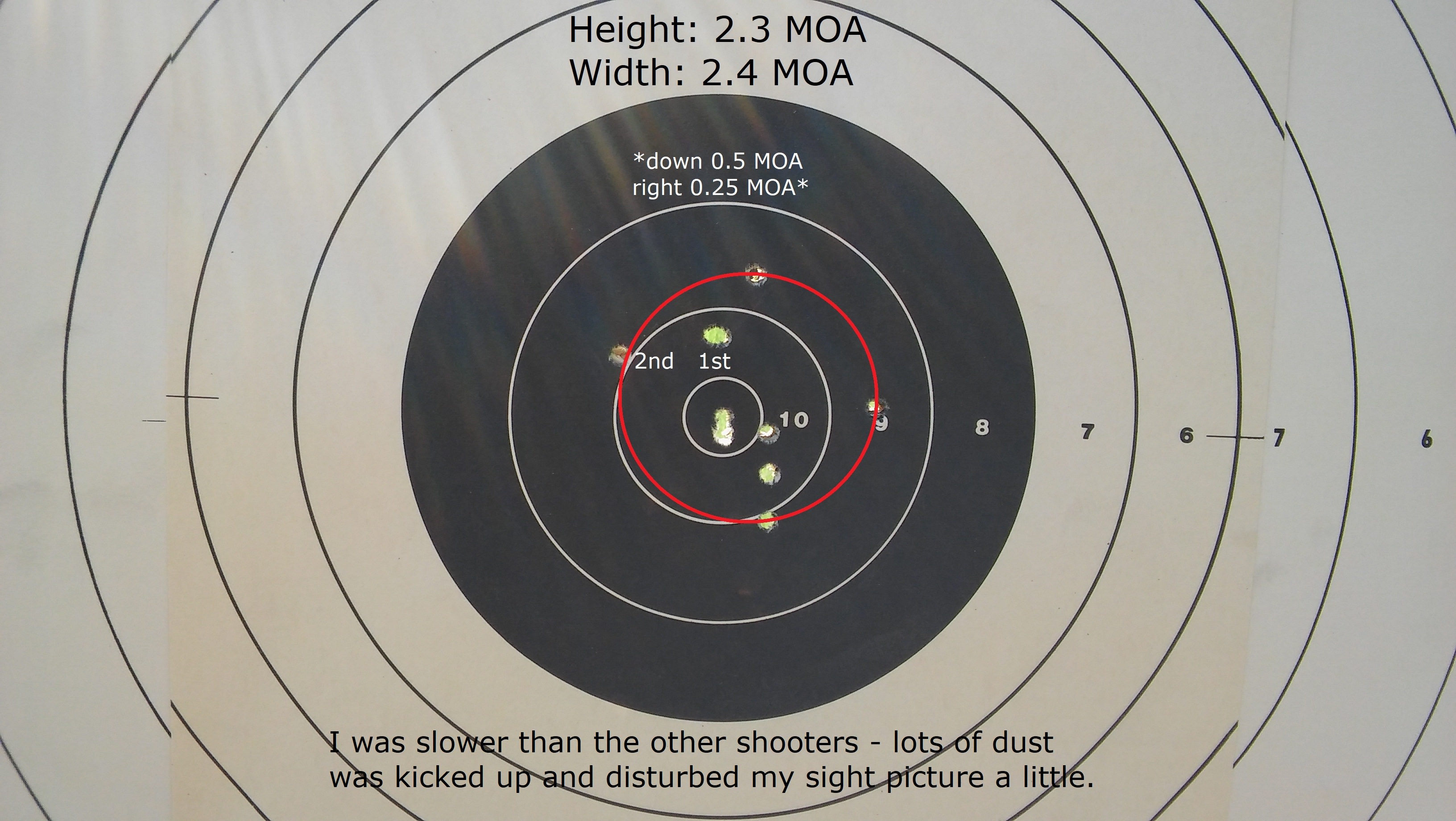 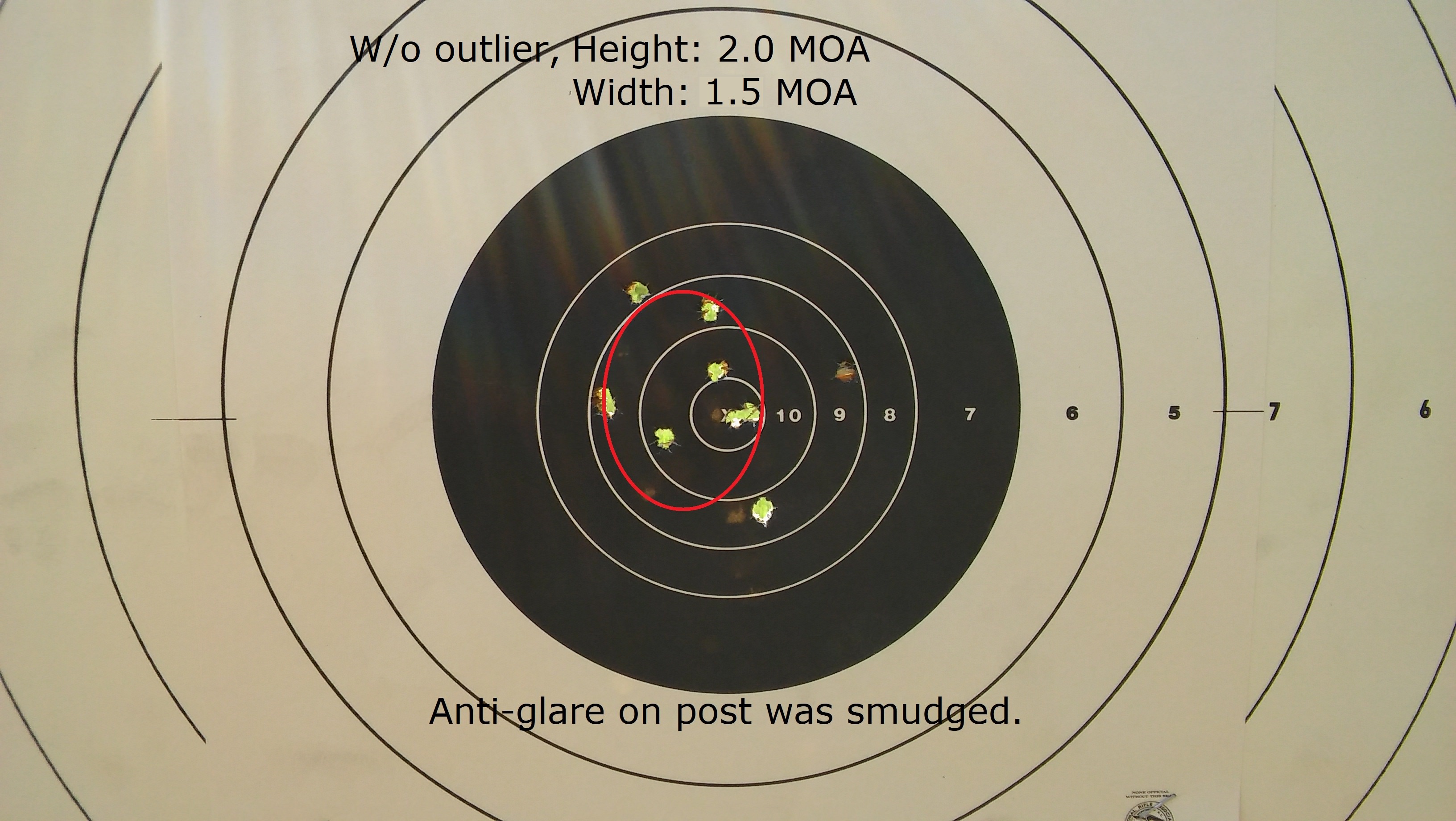 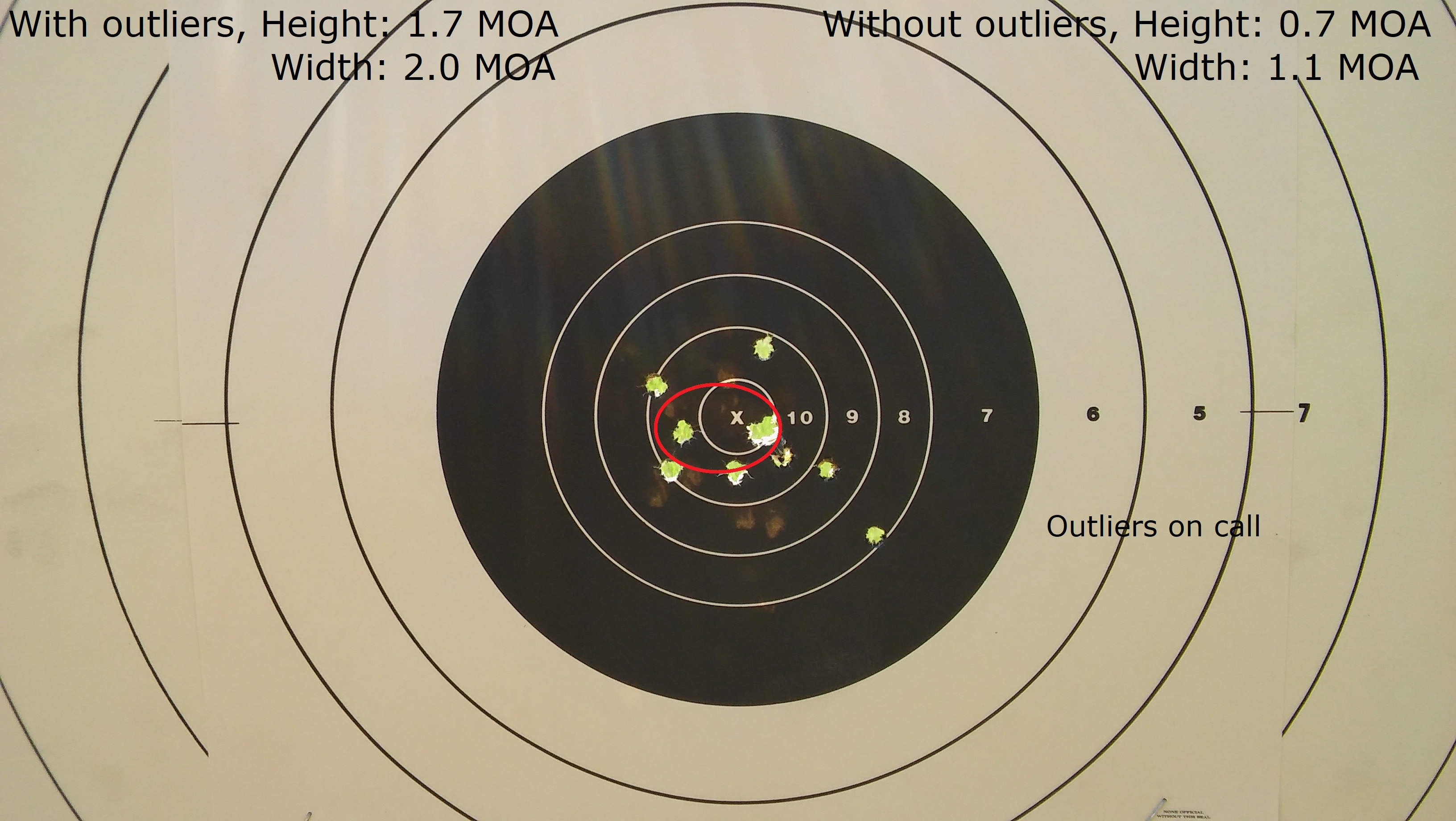 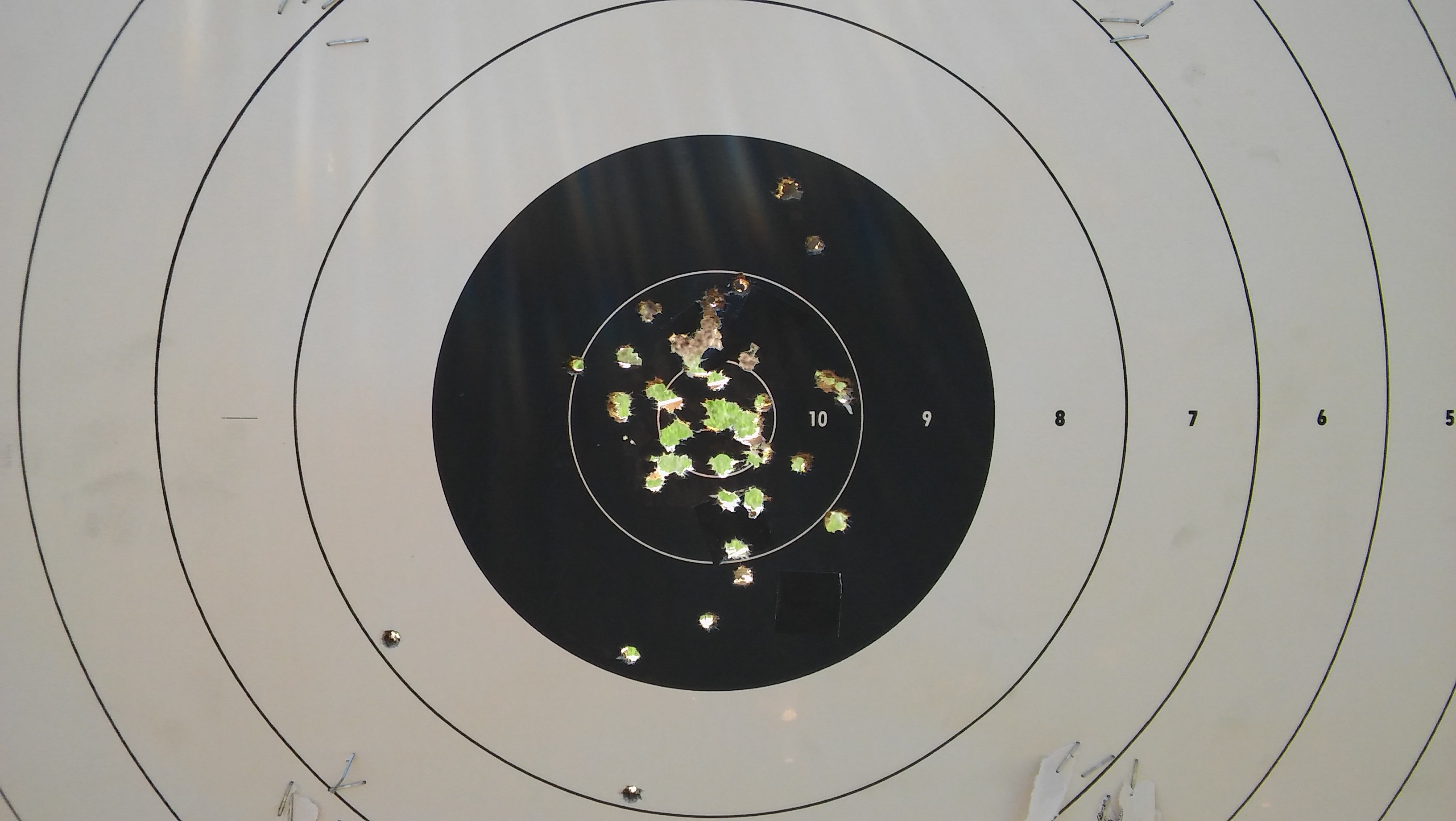 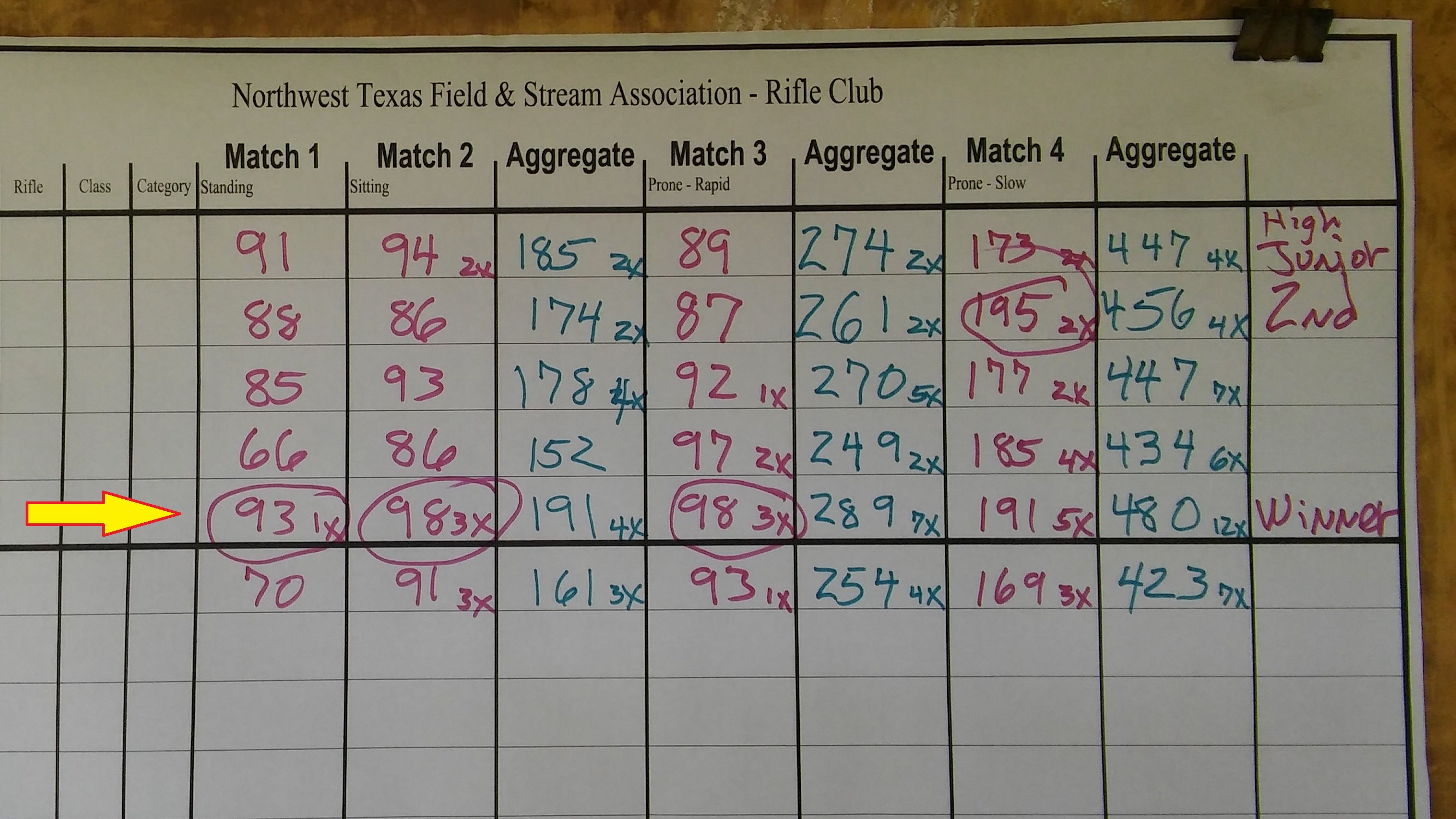