For decades after the AR-15 was first introduced to the “civilian” market, shooters basically had three choices for barrel contours/profiles in factory-built AR-15s: government profile, HBAR (heavy barrel) and the original “pencil” profile. (Not even John Wick slayed as many bad guys “with a pencil” as our soldiers did with the pencil profile Colt AR-15 barrel).

In the early 2000s, innovators such as John Noveske began offering alternative contours/profiles for their AR-15 barrels. These new contours were designed to offer improved weight distribution, with the attendant benefits, compared to the previously mentioned three profiles. For example, the Noveske medium-contour stainless-steel barrels offer reduced weight compared to an HBAR profile, while maintaining much of the accuracy of the HBAR profile.

In keeping with the approach to barrel contours of maintaining the same weight as a government profile barrel, while improving the weight distribution and in conjunction with additional improvements, Hodge Defense markets their own vision of such barrels and is now offering these barrels for sale to the general public. The contour of the Hodge Defense barrel is similar to Black River Tactical's Optimum barrel which is manufactured by Fabrique Nationale.  The stripped weight of the 14.5” Hodge Defense barrel is 1 pound, 8.5 ounces. For comparison, the stripped weight of a standard Colt 14.5” M4 barrel is 1 pound, 9 ounces.

The 14.5” Hodge Defense barrel is manufactured by Fabrique Nationale, to secret-squirrel specifications, for Hodge Defense. This barrel is cold-hammer-forged and has a 1:7” twist. The barrel employs a mid-length gas system and has a 0.75“ gas block journal. The gas port on my barrel gauged at 0.075”. 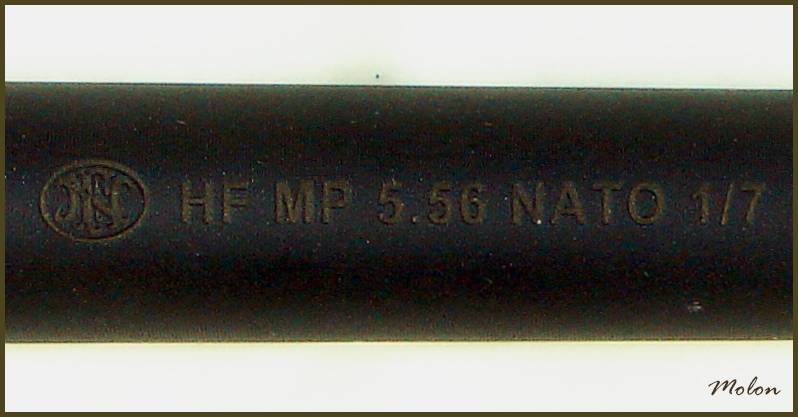 A rather unique aspect of this barrel is found in the chamber. Located in the neck section of the chamber, is a ring of six triangular shaped “flutes“. The base of the triangle faces towards the breech end of the barrel. 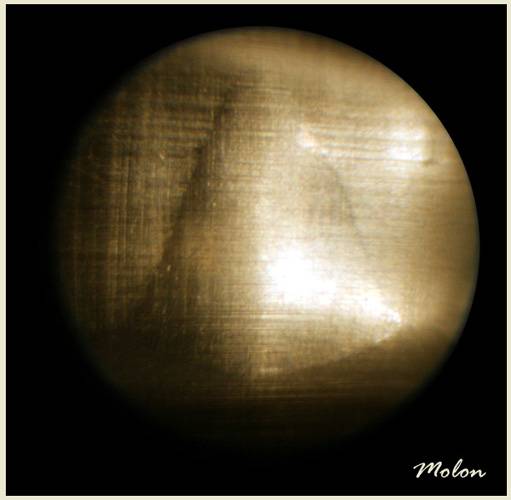 I assembled the Hodge Defense barrel in a Bravo Company upper receiver and BCM MCMR 13” free-float hand-guard that has nearly perfect anodizing. I rounded-out this build with a JP Enterprises bolt, a Young Manufacturing bolt carrier and a BCM charging handle.

Shooting off of sandbags at a distance of 100 yards using match-grade hand-loads and a high-magnification scope, the Hodge Defense barrel produced a 10-shot group that had an extreme spread of 1.24”. 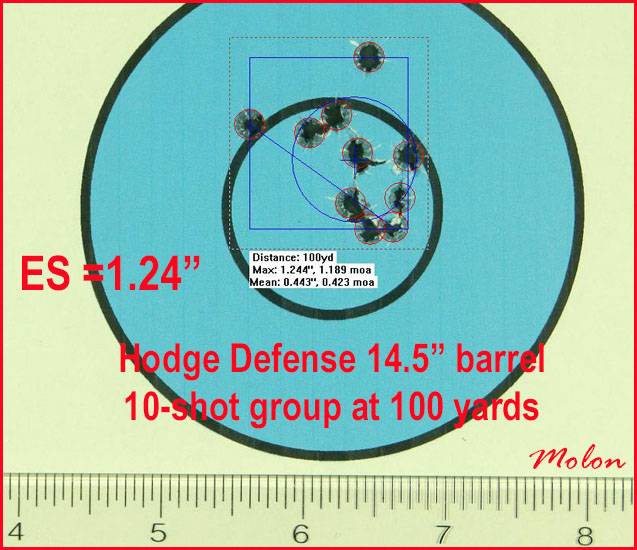