[ARCHIVED THREAD] - Foxtrot Mike FM-9 upper on a New Frontier Armory C-5 lower (MP5 magazines)
I wanted to build another PCC for a while now. I have built a few in the past and never liked the results for a few different reasons. Once QC10 and NFA showed off their lowers that use MP5 magzines, I was convinced that I needed to try building one more PCC. I went with the New Frontier Armory C-5 lower and I was determined use the forward side charging FM-9 upper from Foxtrot Mike Products. I already read about fitment issues with the MP5 magazines due to the increased width over other single and double feed 9mm magazines (Glock, M&P, Colt, Sig). I read comments that said it could not be done and others that said they had to "hog" out a bunch of material making the upper weak and trashed looking. Neither proved to be true for me. Turns out its very easy and the cuts I made did not effect the exterior appearence like it did for others.

Purpose of this post is to explain what needs to be done and, if done correctly, what it will look like when finished. I used a round head deburring bit in my benchtop mill because it matched the existing contour of the original magazine relief and the feedlips of the MP5 magazine. Took me 5 minutes to remove 1/16th of an inch (approx.) from each side. I imagine the same could be accomplished with a Dremel, a hand drill or hand files. 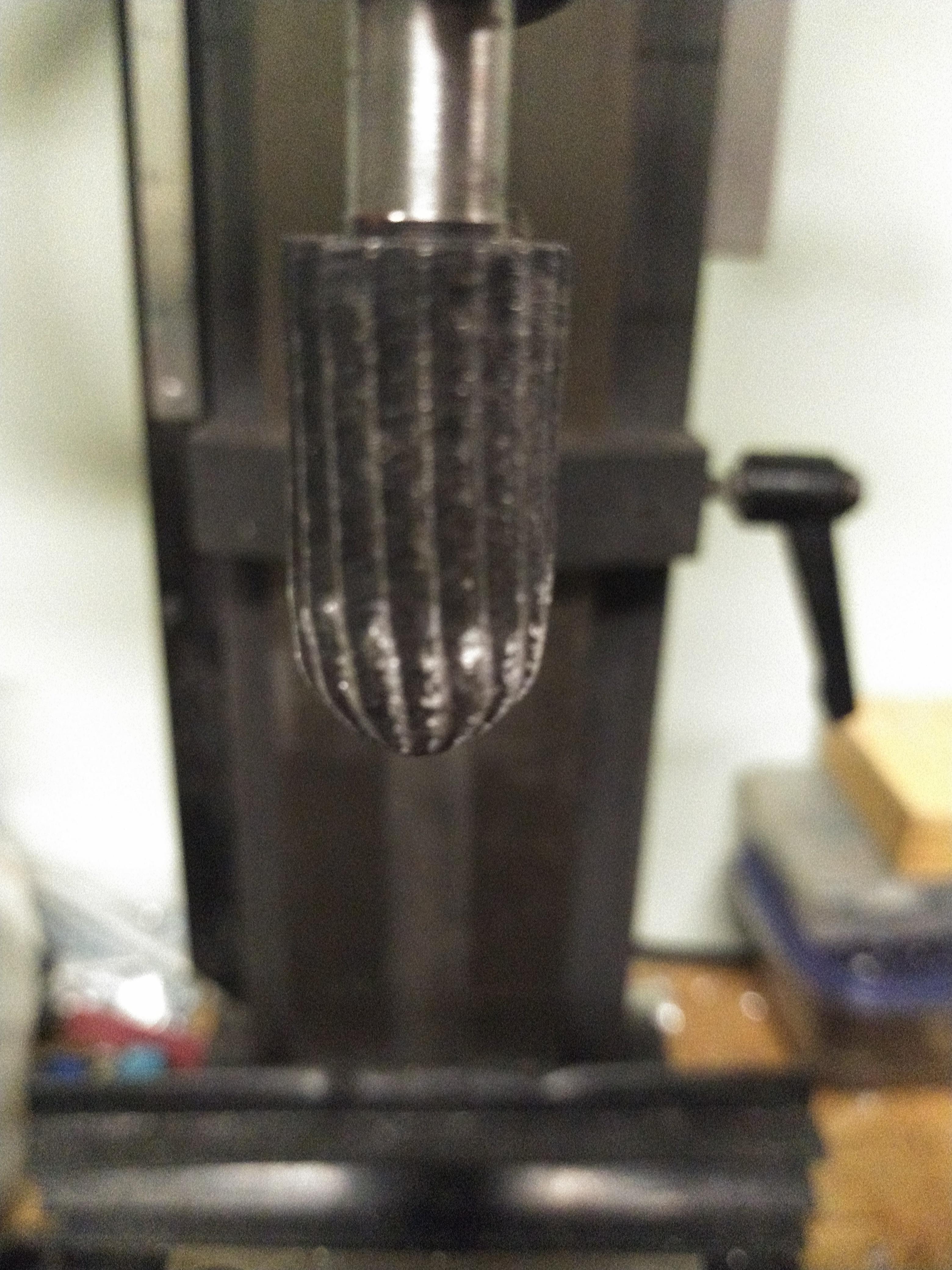 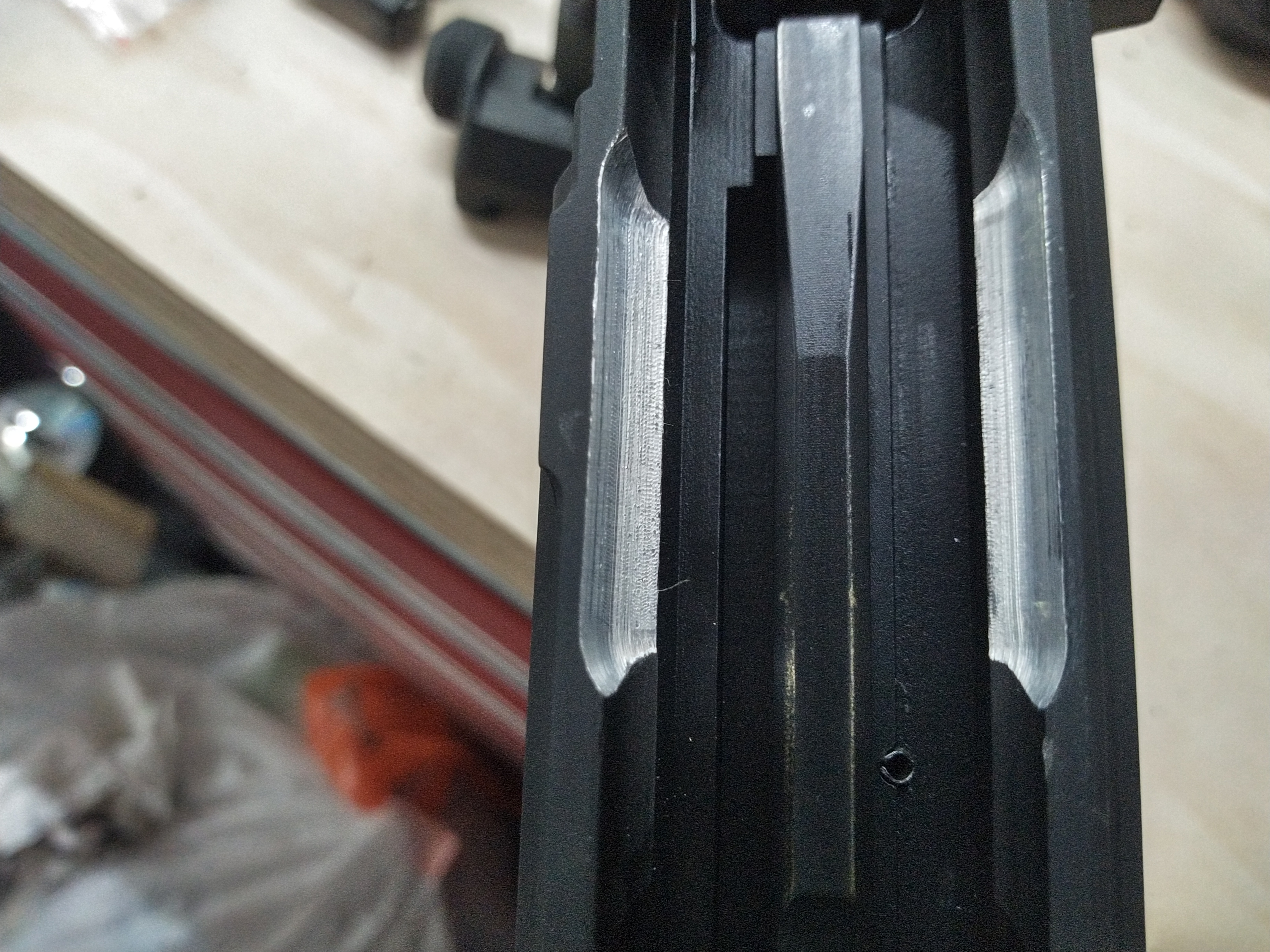