[ARCHIVED THREAD] - Are eotech's fixed now? (Page 1 of 2)
This YouTube video makes it sound like they fixed all their problems. We all know they rebranded themselves with a new logo and all right at shotshow this year. I made a thread on it from my shotshow visit.
I had 4 eotechs all have nitrogen leaking issues and took advantage of the return program they had. However I kept one and had them recharge the nitrogen and sent it back to me. That was an 2014 exps3. Anyone have thoughts on them fixing the issues? They say it's in par with aim point t2 now. 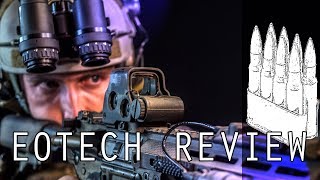 
My Pic from shotshow this year.