I see a lot of threads asking these questions about overall quality and suggestions for which brand of receiver any particular person would recommend, so I thought I might document the aesthetics of final finish machining info into an info thread of it's own.

Of course the answer is that all of them are pretty much the same.  The actual brand of receiver means little to nothing.  When deciding on which receiver you should purchase you should take into consideration two factors.  Price and manufacturer.  Of course if price is not an object, get the receiver that has the logo or emblem that you want.  I know that is superficial, but the best receiver really boils down to the one you like the best.

There are currently FOUR manufacturers that produce the majority of lower receivers for the AR market.  MMS, CMT, LMT and LAR receive orders from many licensed manufacturers who obtain an ATF variance to have them cut and logo receivers on their behalf.  JVP and Superior Arms cut for a couple of different companies as well, but currently I will only focus on the four main manufacturers differences. 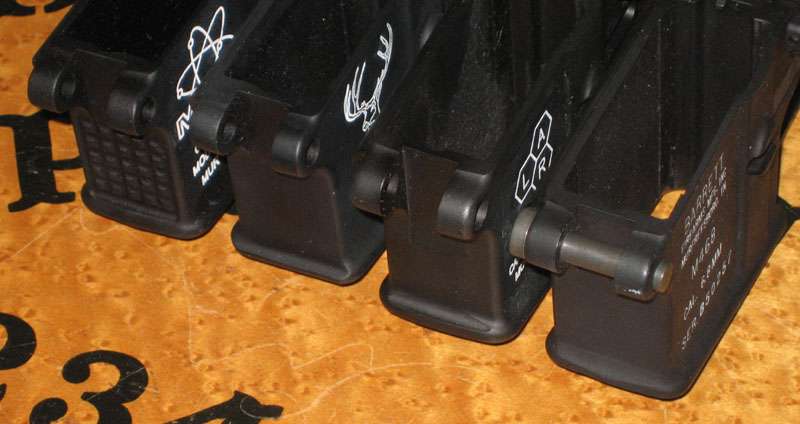 Not all inclusive, and a few brands have had more than one manufacturer cut their receivers.  Many companies receive CMT and LMT cuts in the white and finish them themselves.  I have not seen a LAR or MMS cut that was finished by a third party company.

There are also a number of custom cut billet lower receivers:

Not sure if RRA .308 vaporware will be forged or billet.

LMT usually leaves forge flash underneath the trigger well, and roughly cuts them between the receiver extension and pistol grip, while leaving a vertical mold flash line on the front lip of the mag well, as well as having other "fingerprint" marks... no bevel cut for the charging handle on the rear lug for the receiver extension, as well as particular mill marks in between the pivot pin tangs. They also have a 'fingerprint' cut in the receiver on the shelf, and below it where the FCG goes.  Notice the diagonal mill mark on one of the pivot pin supports.  Also unique is the radius in the grip tang pocket, which is not as smooth a transition as the other manufacturers. 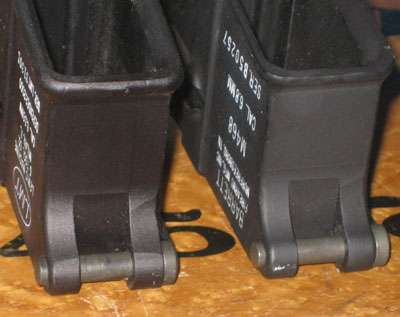 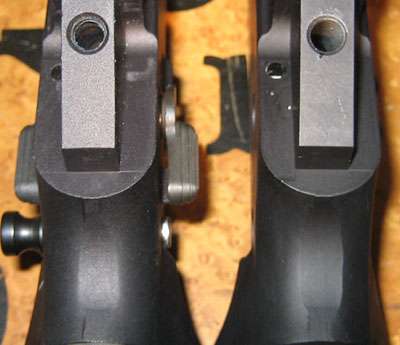 CMT has a rounded bevel on the front of the mag well lip, generally removes the forge flash underneath the trigger well, usually offers a smooth and rounded surface between the receiver extension and pistol grip and has a unique mill mark that would be hidden by the attachment of a pistol grip. There is also a clamp mark of some sort that occurs on the top of the pivot pin lugs that LMT and LAR do not have (see 1st photo at beginning of thread). 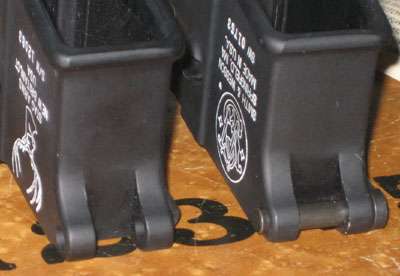 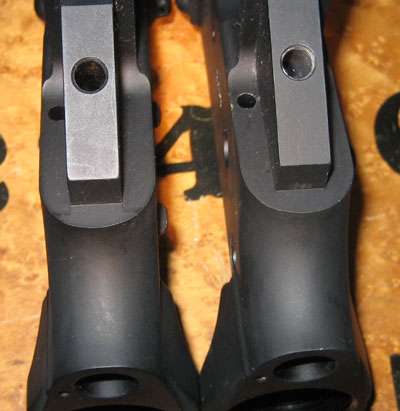 LAR sometimes leaves forge flash underneath the trigger well, and does have a smooth flat milling mark on the round transition on the web between the receiver extension and grip.  By the back of the grip tang, there is a milling mark that goes across the width of the receiver.  The front of the receiver has a deep cut between the pivot pin retainers, and the front of the mag well is not always flat.  The front radius to the mag well bevel is round, but the front edge sometimes shows forge flash. 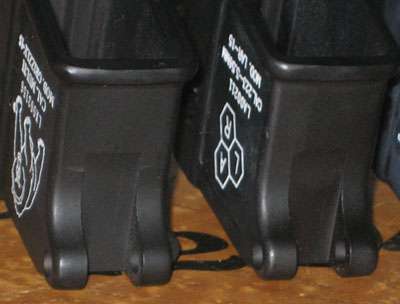 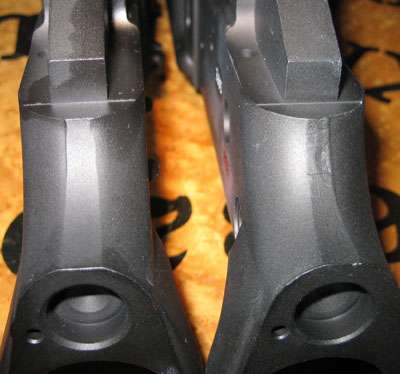 MMS usually the cleanest cut, with the exception of some CMT receivers.  All of the MMS receivers for Mega, POF, Gunsmoke, Dalphon and Stinger I've seen have the typical black teflon coating.  Some of the receivers look absolutely perfect, others have mag wells that are cut from both sides and don't quite match up in the center.  Some of them also have what look like file marks running in one direction on part of all of the receiver, and can be somewhat subdued or very noticable.  I won't describe machining fingerprints, because all Mega manufactured receivers are pretty obviously made by MMS. The forgings that CMT and LMT use are also from different manufacturers. The ribbed A2 strength on the reciever extension lug is thinner on the LMT, while the CMT is almost the full width. Mega appears to use the same forgings as LMT. All of the manufacturers seem to have some variation of mag well bevels, and those aren't primarily useful in identification.

From left to right, Mega, Stag/CMT, LAR, LMT and Barrett,