[ARFCOM NEWS] Iowa Governor Signs Constitutional Carry Bill + Colt Anaconda Makes A Comeback!!
4/9/2021 5:29:21 PM
any place near KC that I can learn to assemble AR's ????
Sunday I acquired many toys from an old friend.
Several Aero Precision and Poverty Pony lowers.
I just need to get parts and learn how to assemble them
Thanks
Dag
ETA if by chance anyone knows where I can find a Aero precision complete M5 upper 18" fluted stainless steel please let me know.
Yes I am aware I chose poor timing.

Search for building an AR anything you get stuck on post here and someone will walk you through it.

I learned a lot of what I know about ARs from here and the tube...

LARUEMINATI
NRA Endowment Life Member
Originally Posted By Boom_Stick:
""AKs are for villagers you have to remind not to shit in the water supply.""
I used Utube vids and already having an AR to help me along when I first started years ago. One was to get the idea on how to do it and proper order to do it in, and the other to see how the finished item looks like, then testing to be sure each part does what it was suppose to do, like if it has a spring to make work, that the part springs back/forward as it should.

Your biggest head scratcher at first will be in how the springs wrap around and hold themselves on the hammer/trigger holding pins. When testing after done, make sure you don't let the hammer slam into the pocket wall in front of hammer. It could crack if the upper assembly isn't attached.

Just put your finger(piece of thick leather/rubber/carboard/flat stick) somewhere with support in front of hammer to not let it hit the pocket wall when testing, so after pulling the trigger to know that hammer only hits finger or other item with force, to know it'll work when using live rounds. This is also where you test the safe/fire switch, to be sure trigger either releases or locks trigger in place to not fire.

If everything on lower assembly works, just relax the hammer to make sure it isn't cocked back in firing position and it accidently snaps against that wall at any time while the upper assembly is off.


Here's where I learned;


Hi,
Go to Brownell's and buy the Video on building an AR.  You Tube is ok, but the video has a parts breakdown.  Might as well set up an account with them, also, cuz you're always going to need parts.

CMMG build kits are in stock lots of places around KC. I have seen them at Scheels, Frontier Justice and even Bosserts Military Surplus in NKC.

Those are for AR15s. I am not sure what is different about AR10 lowers (Aero M5) since I have never built one.

Depending on what your schedule is I can help show you whatever you want to do. Build lowers, build uppers, etc. I have all of the tools needed.

And I’d 2nd the roll pin punch and if you get the one with a flat side, that helps you get the angle right when installing the bolt stop/release.  A piece of cardboard between the receiver and the punch will save you from getting scratches when installing it too.  To me, that’s the worst part to install.

Here’s a video and they use electrical tape instead of cardboard.

Ever see a lion after he eats a zebra? - MrClean4Hire (RIP Brother)
I hate waiting, but I really hate waiting to wait. - sgtgeo (having to wait on a Form 3 before sending a Form 4).
Yep... figure it out on your own.

Just make sure you get some tools... punches brass and steel, hammer, vice blocks.

I'll echo what others have said....

And a big clear plastic bag... you'll want it to catch the detent springs...

I’ve seen a picture of a clear plastic tub, flipped upside down with armholes in it (like a baby in an incubator), so one can install the detents, lol.
Ever see a lion after he eats a zebra? - MrClean4Hire (RIP Brother)
I hate waiting, but I really hate waiting to wait. - sgtgeo (having to wait on a Form 3 before sending a Form 4).
Thank you for all your input and suggestions.
I will follow said advice.
This is the reason I have taken interest in building
mother load

I can lend you the tools  if needed (in kcmo area). I learned assembly from the tech forum, a lot of knowledgeable guy's here, if you can read through the bs.

Quote History
Originally Posted By madmacs69:
And a big clear plastic bag... you'll want it to catch the detent springs...
View Quote
To expand on this, BUY EXTRAS!
Extra springs and detents because waiting to complete a build due to your last spring/detent going into orbit sucks.
That which does not kill you has made a tactical error.

To expand on this, BUY EXTRAS!
Extra springs and detents because waiting to complete a build due to your last spring/detent going into orbit sucks.
View Quote
Thank you I just ordered a Oop's kit. I think this will cover me.
Oop's kit

Always chuckled at this meme... 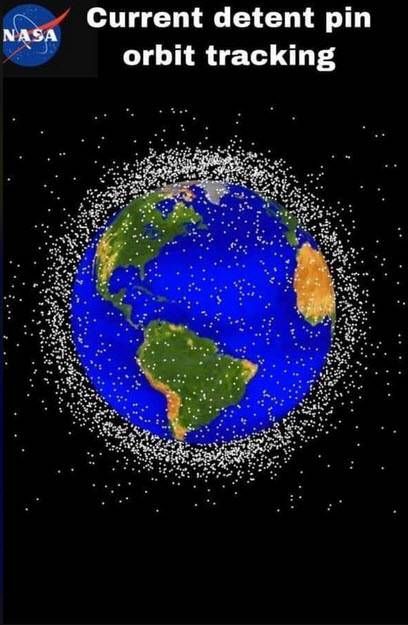 Like sigpros said above, a 1/4" Clevis Pin will save you some headaches on the pivot pin.
Make sure you put the hammer and trigger springs on and in correctly.
I use a close fitting drill bit or punch through the receiver to align the hammer and trigger holes to help get the pins in also saves a little frustration. 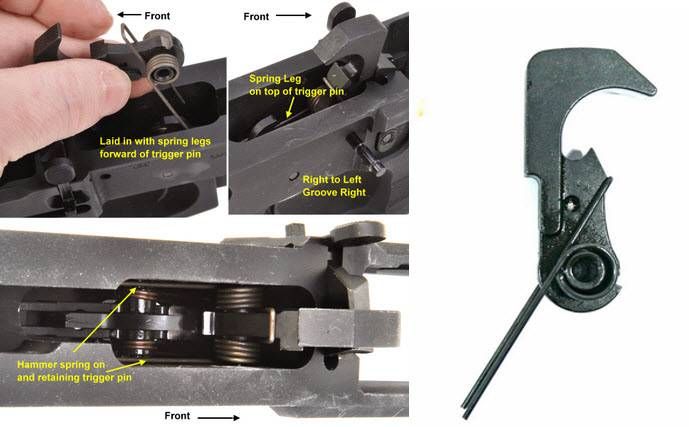 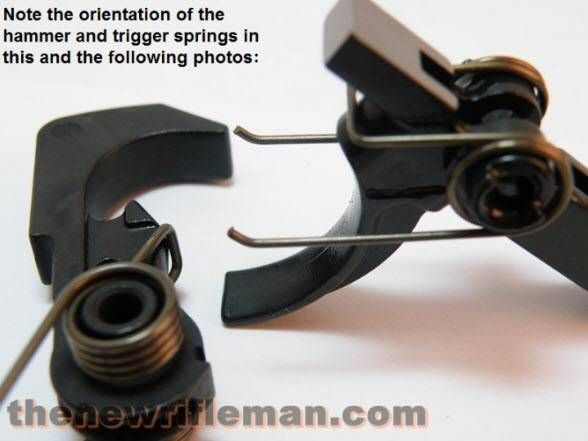 Do function check couple time afterwards and you're good to go!  After your first one, they go together pretty fast.


any place near KC that I can learn to assemble AR's ????