The AUG was recovered by UPS this morning after almost 4 weeks from shipment.  I had pretty much given up at this point but got a random update via text this morning that the UPS tracking status had changed.

I had gotten a few of these notification along the way and they all were some variation of "your package is still missing" so was prepared to be disappointed.  However,  I decided to check the UPS website to see if this latest update was a confirmation of insurance payout as the shipper had insured the firearm for full replacement value and had been told by the UPS Claims group that they were "sending him a check" as it was gone and their fault.

To my jaw dropping surprise the tracking update said it was now ready for pickup at the UPS depot.  Figuring this was a mistake or more fuckery on the part of UPS,  I called the UPS Round Rock depot and sure enough they had somehow  recovered the package but had no explanation where it went for the past couple weeks or how it mysteriously showed back up with no additional scan history anywhere in their logistics chain.    Even the customer service rep at Round Rock UPS Depot I have been in contact with seemed pretty surprised it turned up this late in the game but said he would personally hold onto it until my FFL could come get it.

My FFL ran over and got it from the depot and I picked it up shortly after.  Package looked like it may have been opened and re-taped closed as there appeared to be two types of tape used in two different orientations but everything was in the shipment.  Tracking label was fully intact and didn't show any signs of removal or reapplication so it didn't get lost because the waybill peeled off or something.  Ultimately I don't know what to think other than maybe internally UPS figured out who took it home with them after their shift and got it back from that employee or they are just incompetent and lost if for weeks inside their own customer service depot.

Ultimately the good news is that this adventure in shipping with UPS has a happy ending.   I figure I should probably go buy a lottery ticket or two this evening before this lucky streak ends.

Both the shipper and my dealer asked for the firearm to be held for pickup at the main UPS Round Rock Distribution facility once it was located.  Its now been a week and UPS still has not been able to locate it and the local customer service rep at the UPS Round Rock depot informally admitted to me it was probably stolen...so I presume it’s probably pretty safe to assume its gone at this point. (although I still hold out some small ray of hope it may be found by UPS)

Given that there are not many of these out there being a Steyr AUG, STG77 edition with a  20” barrel, Green Stock, A1 style integrated optic and  “40th Anniversary” laser engraved on the stock, I figured it may stand out if shows up on the wall of a local Pawn Shop or at a gun show table in Texas in the coming weeks/months.

If you happen to come across this rifle please contact either myself via PM and/or contact the Round Rock Texas police department at 512-218-5500. 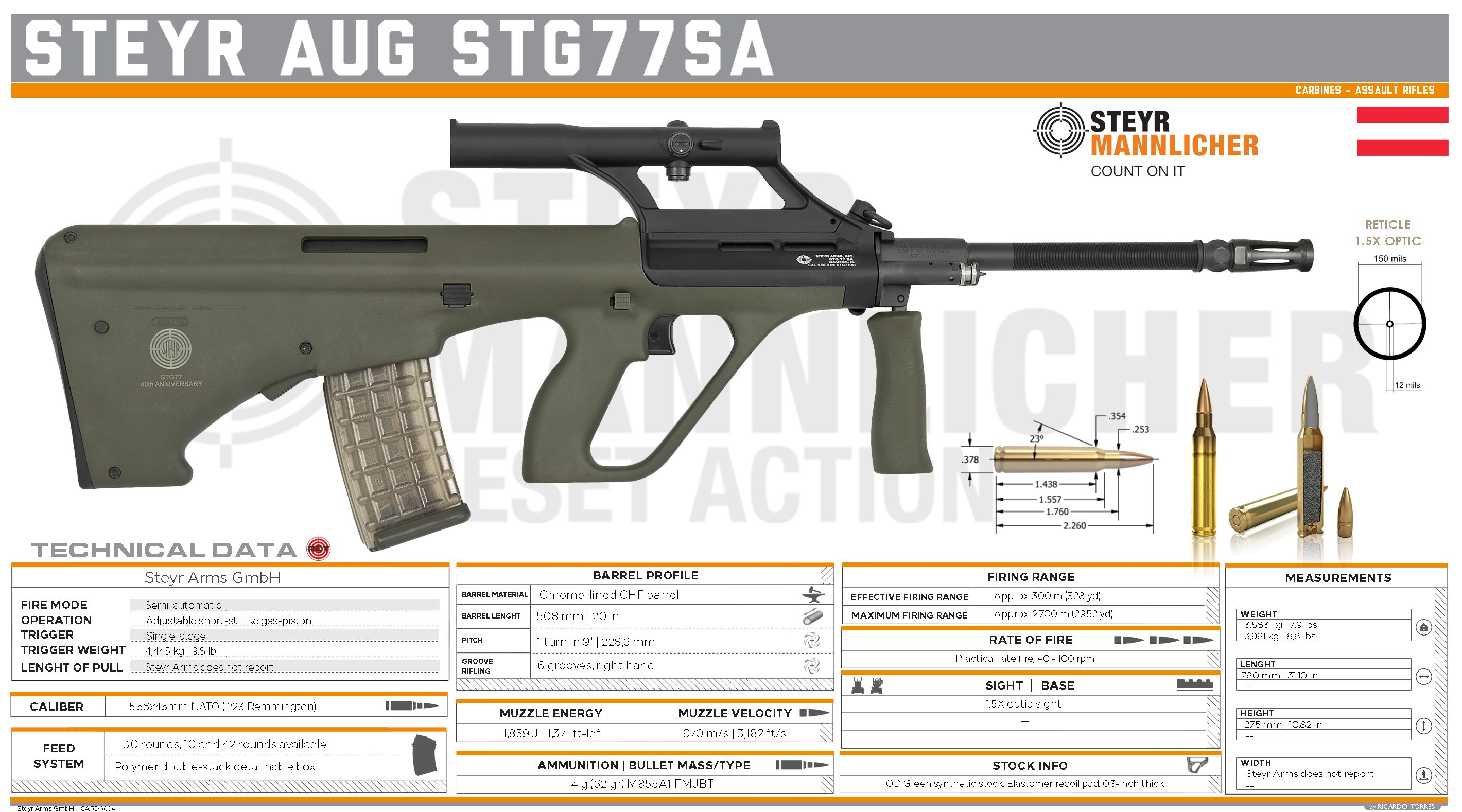