Edit cleaned up for the younger viewers ...........
4 July 2018 Rest Easy Squeeker We Love ya very much.
A total Ivy League creep like Berkowitz. Mustreadalaska.com has video showing him calling the Constitution racist 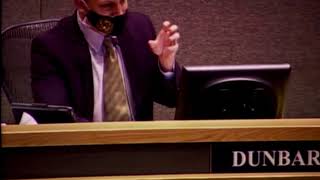 Forrest Dunbar says U.S. Constitution is shot through with racism
https://www.youtube.com/watch?v=SInuPIEgCPw
The Fair Share is zero.
So I wake up to this little gem from Forrest Dunbar. Hopefully his political career is dead in the water unless he moves to Juneau where he'd fit in:


He's a fucking piece of shit. I personally have worked beside him in the military, and had a long, political discussion during some downtime. He specifically thinks the 2A should be revoked, per his words. He said, in no uncertain terms, that the 2A applies to the military (National Guard), and that there is no reason for civilians to own firearms.

His demeanor is nothing short of condescending, smug, and he talks down to pretty much everybody. He treats everybody I've seen him interact with as being intellectually inferior. With how he treats people (when not in the public spotlight), even if we agreed 100% politically, I would still call him a piece of shit.

wow I just saw this... holy shit what an asshole!!!

Keep your eyes on this guy. You elected him