Hometown » Alaska
Juneau or Homer
I'm looking at either moving to Juneau or Homer for 2 years for work. My job handles the relocation so that's not an issue.

What are the pros and cons for each location?

My goal is to get to do some fishing, hunting and target shooting on public land on my off time.

Where would you rather live and why?

Do you have a boat or a truck?  Juneau is not connected to the road system and Homer is.

I have a boat but won't bring it, it's only 16ft.
If I move up there, I'll be selling my cars and buying a F150 4x4
Are there close by places to take the ferry to from Juneau or do most residents just stay in Juneau?

What type of work, what type of hunting, fishing, shooting, what will your budget be, are you bringing a family? youre talking apples and oranges with these two places.

Both places an ocean boat or knowing someone with one are the keys to enjoying those places for what they are. Homer is on the road system even if it is the dead end of it, little easier to get certain things since you can drive it in from Anchorage, Homer is a bit warmer than most of south-central during the winter and a little less snow, if you have a boat, there's some good blacktail, black bear and goat hunting in the area. Brown bear can be had but if youre only here for two years you'll barely qualify for residency for goat, sheep and brown bear. Non-resident tags and license are expensive so be prepared to pay those fees and not be allowed to hunt certain locations, animals because of it. Homer is a quirky, artsy kinda liberal fishing town summer time its booming, winter it gets very darn quiet which is the same with Juneau.

Homer you can drive to some decent fishing freshwater Kenai or Anchor, deep creek for all five salmon species, trout, dollies, steelhead in the fall. You may be able to draw a peninsula moose tag but not knowing the area or anyone thats a resident, unlikely you'll get anyone to give up their hunting spot. Most alaskans would rather give up their firstborn than their moose spot. Fred Meyer, Walmart etc... for other necessities outside of the grocery store are about a two hour drive to Soldotna although there are some super cool little local shops.

Juneau has a climate more in line with Seattle and is temperate rain forest, not much in the way of a road system as its on the Alaska marine highway, only way in is plane or boat, ferry has had a ton of budget and maintenance issues over the last few years and in the winter does not run with nearly the consistency. The take off and approach into Juneau can be a bit scary if you don't know what youre getting into, very steep climb out due to a mountain at the end of the runway. Lots of rain, its a main cruise ship destination during the summer and a lot of the city shuts down for winter much like homer. Great black tail and black bear hunting on the surrounding islands. I believe I saw an EO from ADF&G this year that sheep and goat were shut down in the area this season due to low numbers. You won't have much opportunity for moose out of here and no caribou. Youre closer to Seattle here than the rest of Alaska. At least with homer you can drive up north and get into some other hunting areas and experience the rest of Alaska. I love both places but they are very different and also similar.

Pretty much boils down to roads and do you want to deal with liberal hive thinking or hippies with flowers painted on their cars?
Cincinnatus
“ Cats arent tactical, or very aggressive units.” Mettee
For me the choice would be Homer!  It is not land locked, like Juneau.  I have been to both places, so Homer!!!!

Good info, keep it coming. It sounds like Homer would be better for being able to go explore other areas because of the road system instead of having to take a ferry.

If given the choice, I would stay on the road system.  Although, Homer is at one end of it.  Especially if you are bringing family.  You can travel with the family to Anchorage (4 to 5 hour trip) for supplies and some city time for normality from time to time if needed.  Rent a motorhome, and it will be much easier to go see a large portion of Alaska traveling on your time off.  Fly out to Juneau and other places to go visit them.

A buddy of mine got married to a lower 48 chick recently.  He lived in Kenai, and she thought it would be great!  She didn't survive the first winter.  Anchorage trips is the ONLY thing that helped her.  He is a life long Alaskan, but gave in for the marriage and they now live in Boise.

Both places have liberals everywhere.

Check how much flights and travel costs are out of Juneau for what ever reason may pop up.  Marine Highway boats may have more trouble coming too due to the budget.  Lots of political turmoil with the Marine Highway System these days.  Don't count on it.
Some men you just can't reach.
I've lived in both, I like Homer better. The weather's better, you can easily leave town if you want, housing is WAY cheaper. It's a nice charming place, I really enjoyed living there for a summer in 1993. Both my sisters live there so I visit 1-2x a year now.

Pluses of Juneau is that they have a lot of great hiking trails everywhere, just minutes away. They have a cool historical downtown area. I don't know if this is important to you, but it has that small state capital city feel, where you have lots of highly educated people living in a small town of 25,000 or so. It's an interesting vibe, interesting people. But everyone works for the government and is super-liberal. I first experienced political correctness in 1995 living there, when people got SUPER offended when I said something was gay in a disparaging manner. You can imagine what it's like now. Oh, they have a downhill skiing area too. That's a plus for the winter that Homer doesn't have.

Juneau has a severe opioid problem. I have access to health records and while I as working on something, that came up. They have far more addicted people than Anchorage hitting their health system, and Juneau is 1/10 the population of Anchorage. Totally out of control.

When I lived there, I saw more bar fights in a summer than I've ever seen in my life. Come to think of it, it's the ONLY place I've ever seen bar fights. Part of their downtown is full of these little hole-in-the-wall bars, and these guys would spill out of them beating the crap out of each other.

Haha, someone mentioned how exciting landing at the Juneau airport is. I thought about including that, but I'll just second it.

A John Sayles movie, Limbo, was filmed in Juneau if you want to see what it's like: 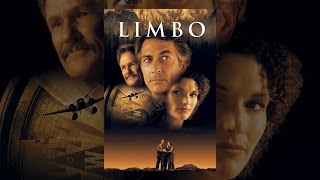 Homer. Juneau is full of liberals and asshole politicians from both parties and you are basically stuck there unless you have a big boat.
NRA Life - Patron Member
Homer a quaint little drinking village with a fishing problem
SS17
I flew with Rotorhead and survived to tell about it!!
Black Rifles Matter
Security Provided By The Second Admendment
Any update OP on what you decided on?